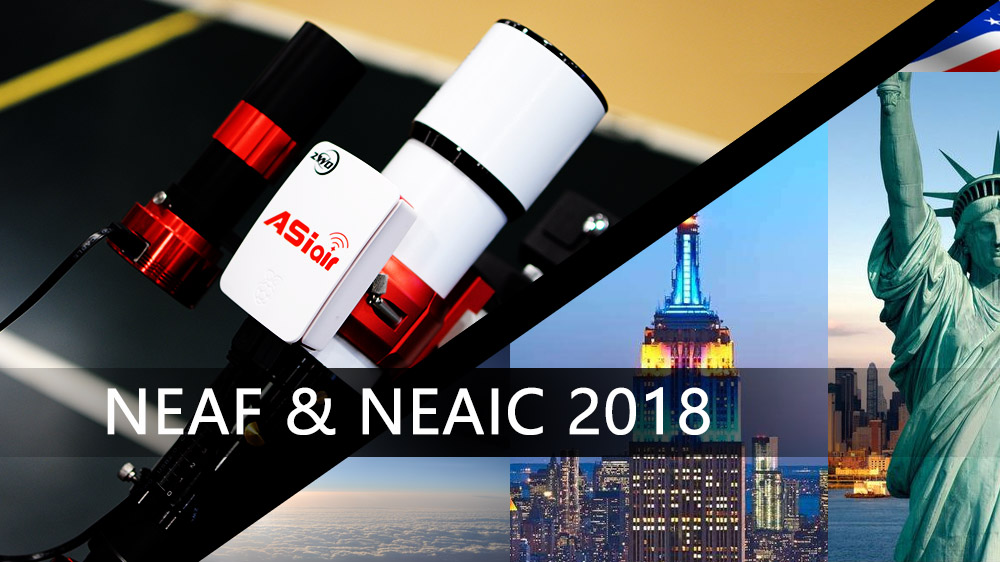 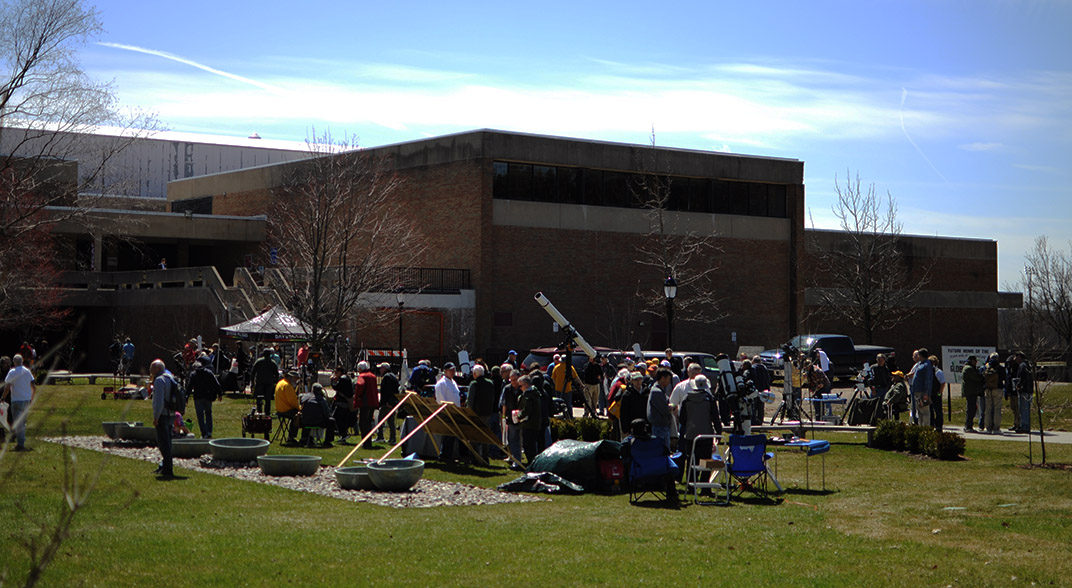 In late April the 2018, NEAF and NEAIC exhibitions were held in Suffern, New York. Clear Skies, lovely weather, various products, vendors and astronomy lovers from all over came to attend the most prolific astronomy gathering in the world.

With a 15 hour flight from Shanghai to Newark, 10,000 kilometers, and all of our new products, our great journey had begun! We recorded our trip as well as a beautiful sunset with our DSLR.

We showed up early to set up our booth for the expo. We are eager to show people the ZWO spirit, never forget why you started – Astronomy for Everyone! The picture below shows our latest research and development result! 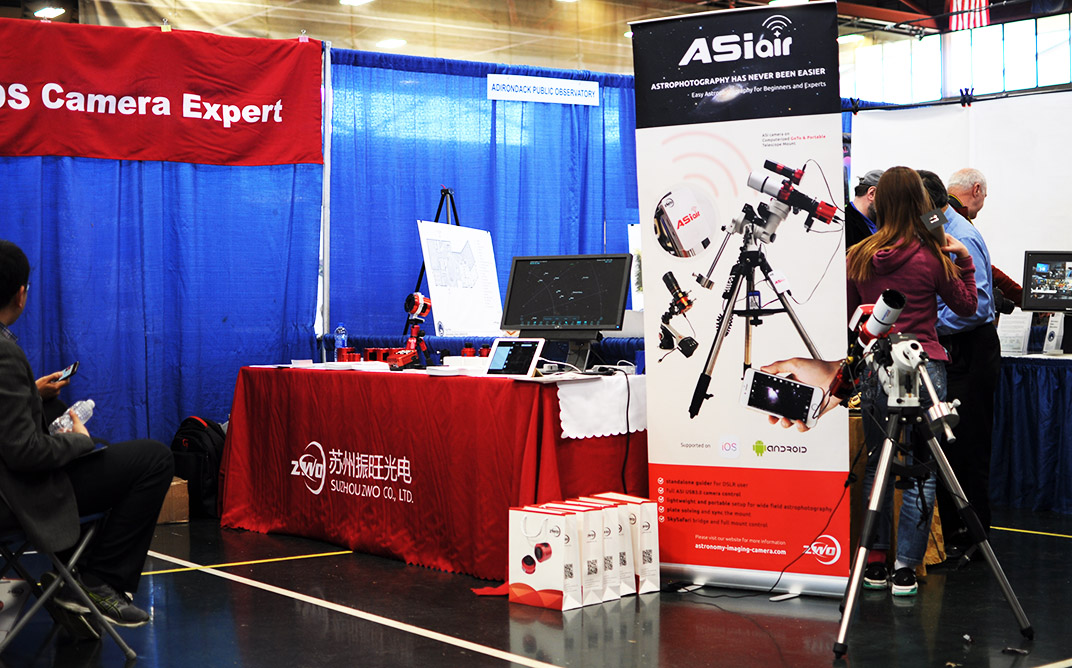 Many customers asked us: What is ASIAIR?

ASIAIR is the future of astrophotography! We answered.

The high entry barrier of astronomical photography has deterred many people who would like to experiment with this art for more than a decade. But times change, this little white box – ASIAIR – is going to finally change that situation. The creation of ASIAIR means that DSO imaging will become unprecedentedly simple! With a mobile or a tablet/iPad, ASIAIR can easily handle guiding, image preview, assisted focus, deep space object imaging, image analysis, equatorial mount control, and image storage.

So, what exactly ASIAIR is?

ASIAIR is a smart WIFI device. You can control the all ASI USB 3.0 cooled and non-cooled cameras as well as Miniseries cameras, and an equatorial mount to analyze, GOTO, guide and capture with your phone or tablet/iPad when connected to ASIAIR. ASIAIR is not comparable to any integrated open source software Mini PC on the market, there is no VNC and remote desktop. ASIAIR’s application is independently developed by ZWO for more than six months. It was created for wide field astrophotography, providing them with the best operating experience and supports both Android and IOS systems. 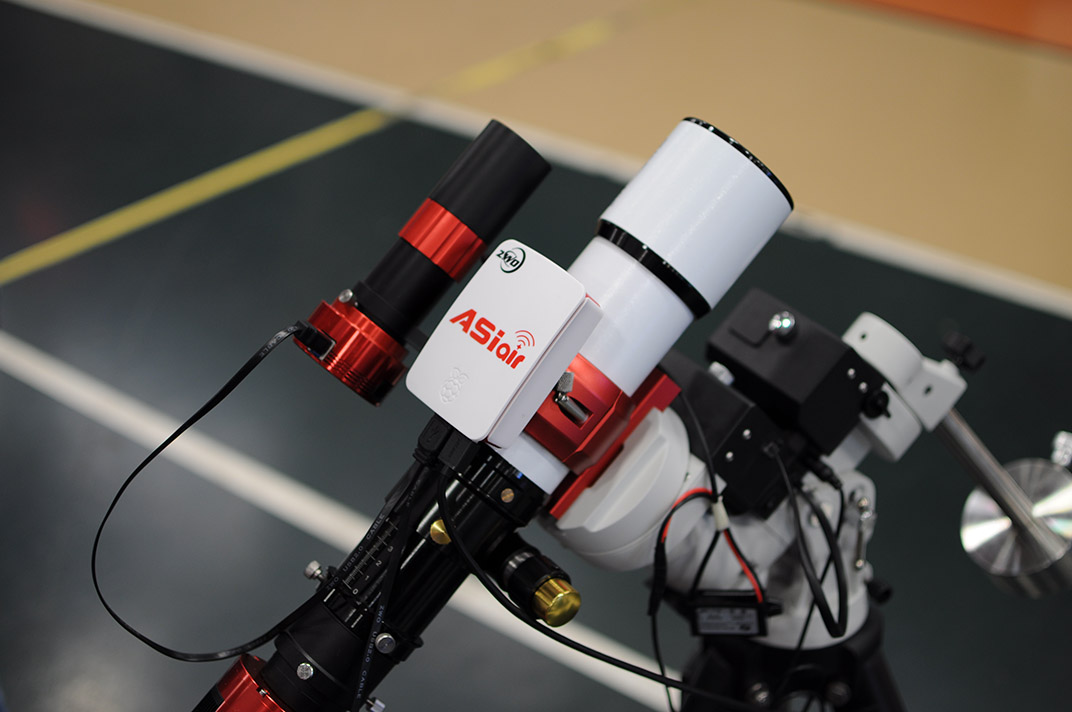 Briefly speaking, ASIAIR can handle all tasks associated with DSO imaging, including: 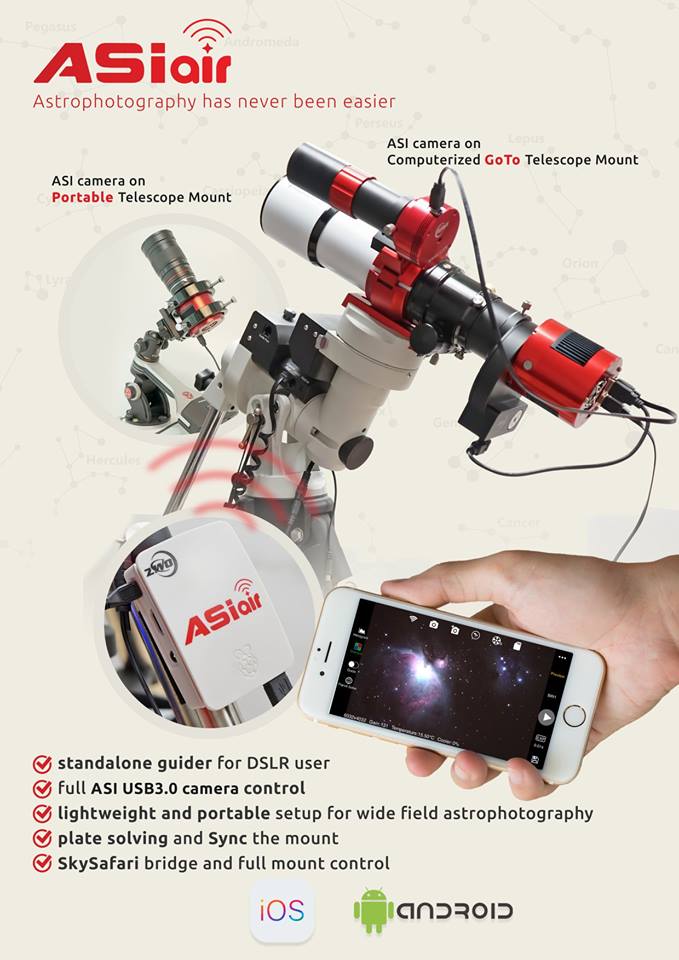 Is it possible to do Live Stacking with ASIAIR? I want to use it for EAA.

Live Stacking is part of our plan, it will be realized in the near future, upon release, just update the app and you will get all the latest functionality. 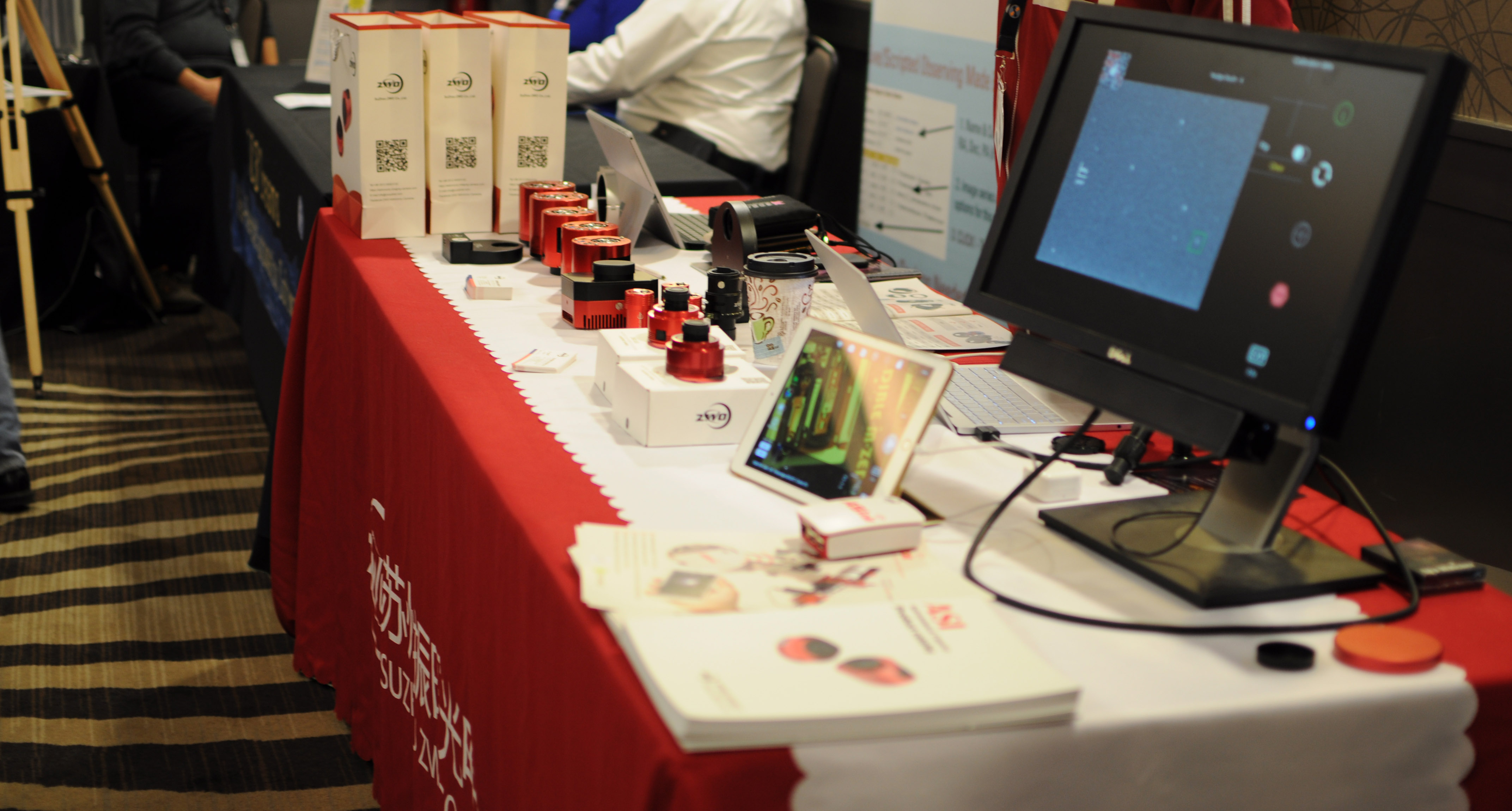 Can I do lunar and planetary imaging with ASIAIR?

ASIAIR was created for DSO imaging, it does not support video capture for now, but it will work well taking single frame captures of any object.

Who is ASIAIR best for?

ASIAIR is ideal for beginners, wide field photographer. The UI makes it more convenient for users to share experience with each other. For beginners, you do not have to struggle between various guiding software and capturing software, the only thing you have to do is look at the ASIAIR instructions to get a quick learning of it.

For wide field Photography, ASIAIR is not only portable and easy to use, but also has low power consumption. You can easily preview images, capture and guide with your phone or tablet. What’s more, wireless WIFI can be used within a certain distance. Simply setup the equipment outside and you can stay in a tent or house to enjoy the fun of imaging. No longer suffer from cold winter or the mosquitoes in summer time.

Which terminals does ASIAIR APP support?

ASIAIR’s APP client supports the most current IOS and Android operating systems. The easiest control terminal is mobile phone. If you feel that the screen is not big enough, you can use an IPAD or an Android tablet.

When will ASIAIR be officially released?

The release time is expected to be in July 2018, and we will announce the official release date on ZWO’s official website according to the actual progress. If you are an experienced enthusiast and are interested in testing our ASIAIR, please feel free to apply for a test prototype and join the ASIAIR testing team.

What is the retail price of ASIAIR?

ASIAIR is a software and hardware integrated product, the incredible price will be less than USD$200. The final product price will be officially announced at the time of pre-sale.