Here are the fantastic works from the 27th edition of 2019 ASIWEEK ASTROPHOTOGRAPHY COMPETITION. Let’s take a look!

It is Pavle Gartner and his target LDN 1251 captured with ZWO ASI1600MM Pro that won the championship. 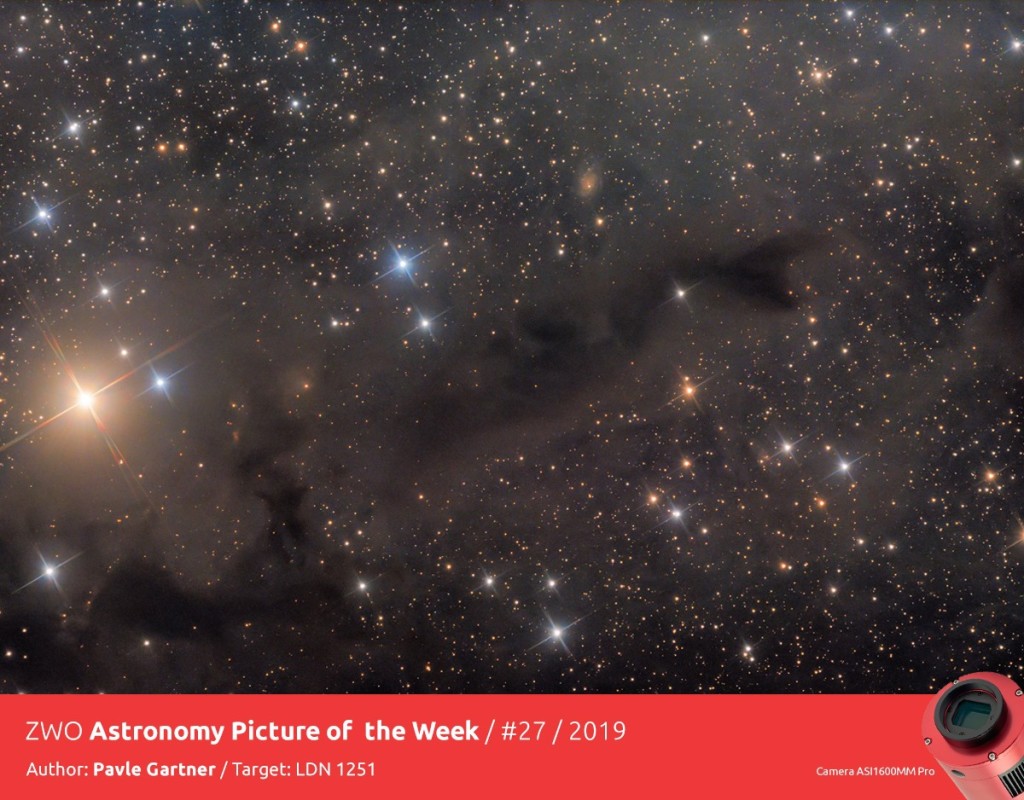 Stars are forming in Lynds Dark Nebula (LDN) 1251. About 1,000 light-years away and drifting above the plane of our Milky Way galaxy, the dusty molecular cloud is part of a complex of dark nebulae mapped toward the Cepheus flare region. 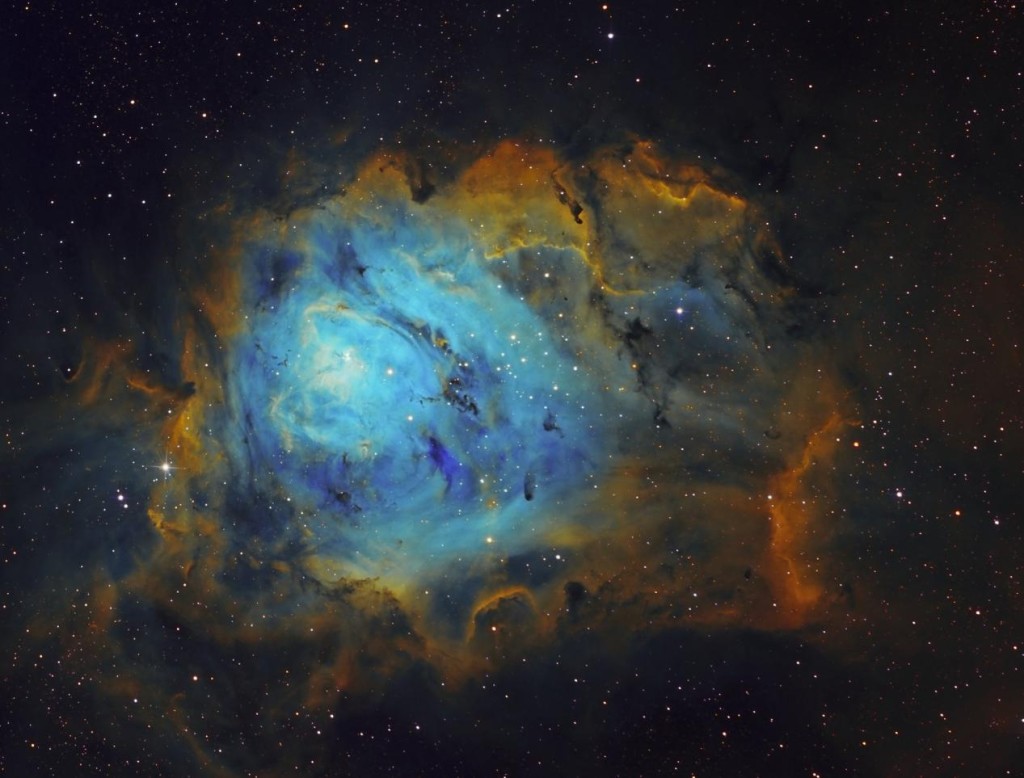 M8 (also known as the Lagoon Nebula) is a giant interstellar cloud in the constellation Sagittarius. It is classified as an emission nebula and as an H II region. It was discovered by Giovanni Hodierna before 1654 and is one of only two star-forming nebulae faintly visible to the eye from mid-northern latitudes. Seen with binoculars, it appears as a distinct oval cloudlike patch with a definite core. Within the nebula is the open cluster NGC 6530. 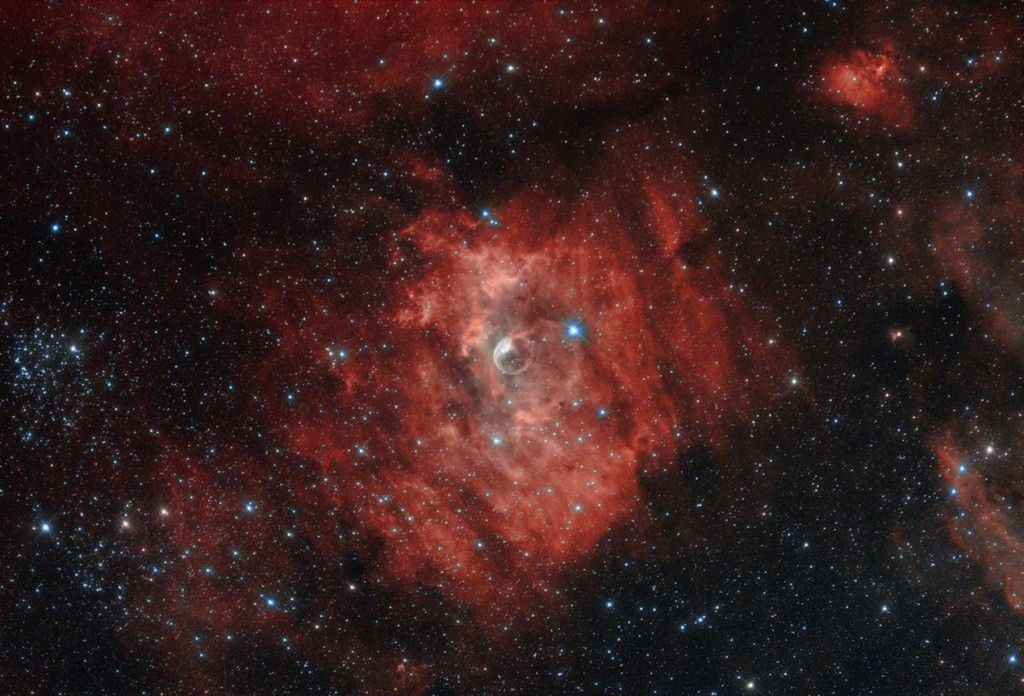 NGC 7635, also known as the Bubble Nebula, Sharpless 162, or Caldwell 11, is an H II region emission nebula in the constellation Cassiopeia. It lies close to the direction of the open cluster Messier 52. The “bubble” is created by the stellar wind from a massive hot, 8.7 magnitude young central star, SAO 20575 (BD+60°2522). The nebula is near a giant molecular cloud which contains the expansion of the bubble nebula while itself being excited by the hot central star, causing it to glow. It was discovered in 1787 by William Herschel. The star BD+60°2522 is thought to have a mass of about 44 M☉ 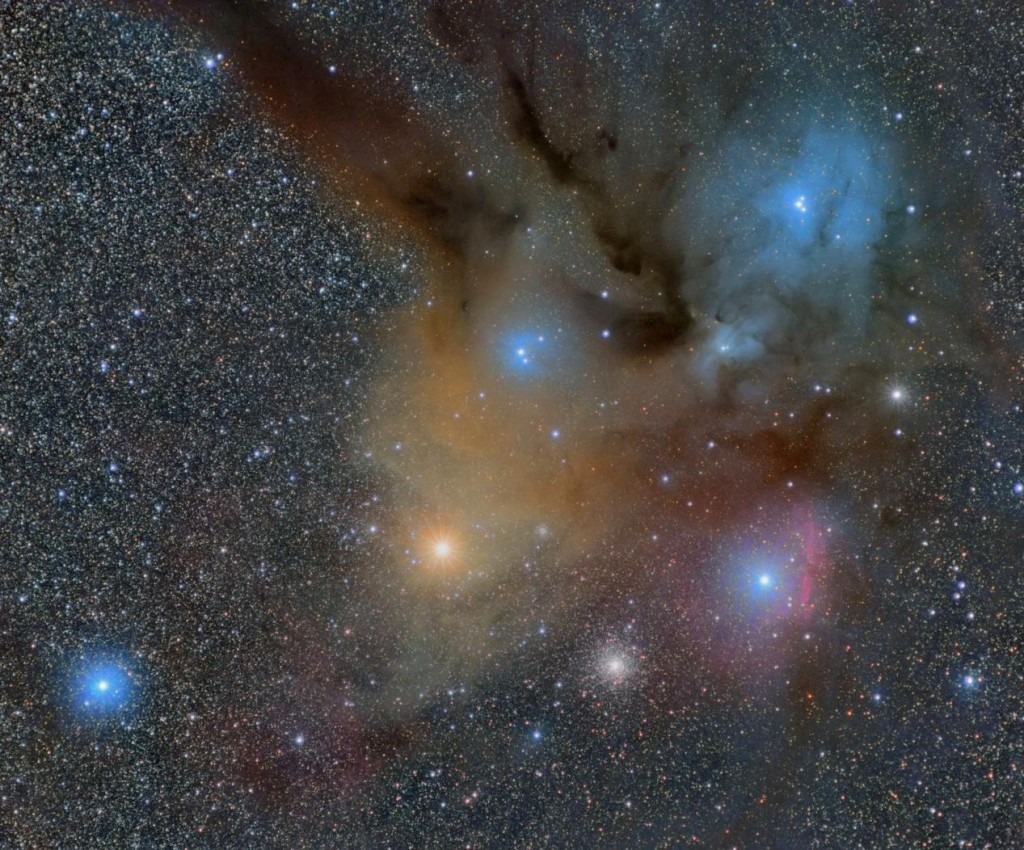 Ophiuchus lies between Aquila, Serpens, Scorpius, Sagittarius, and Hercules, northwest of the center of the Milky Way. The southern part lies between Scorpius to the west and Sagittarius to the east. In the northern hemisphere, it is best visible in summer. It is opposite Orion. 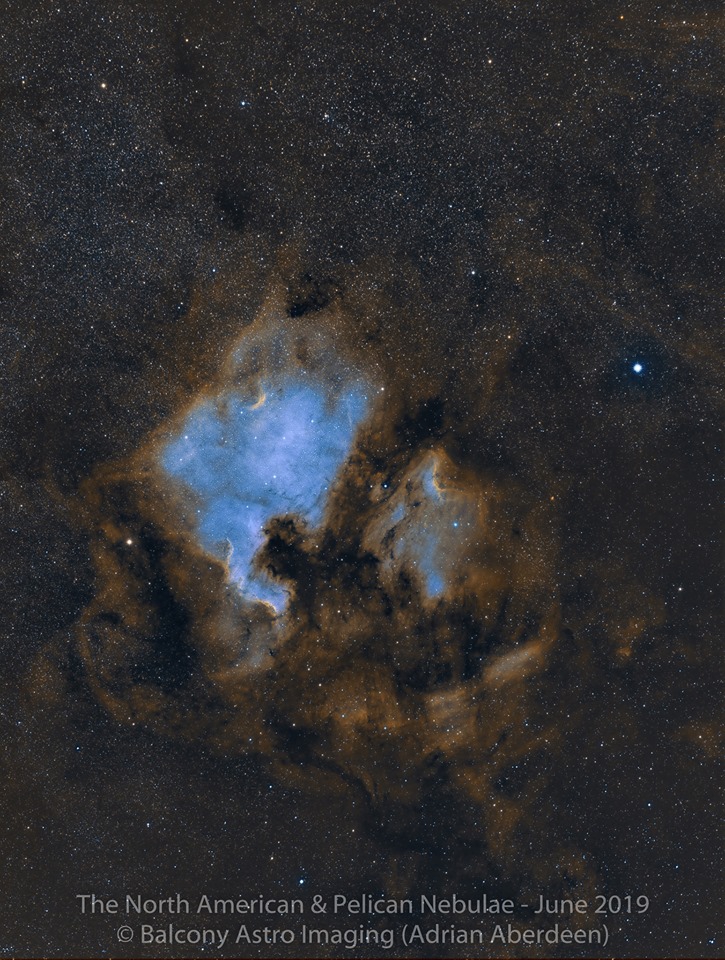 IC 5070 and IC 5067 (also known as the Pelican Nebula) is an H II region associated with the North America Nebula in the constellation Cygnus. The gaseous contortions of this emission nebula bear a resemblance to a pelican, giving rise to its name. The Pelican Nebula is located nearby first magnitude star Deneb, and is divided from its more prominent neighbour, the North America Nebula, by a molecular cloud filled with dark dust.