Here are the fantastic works from the 30th edition of 2019 ASIWEEK ASTROPHOTOGRAPHY COMPETITION. Let’s take a look!

It is Chuck Ayoub and his target NGC 7023 captured with ZWO ASI1600MM Pro that won the championship. 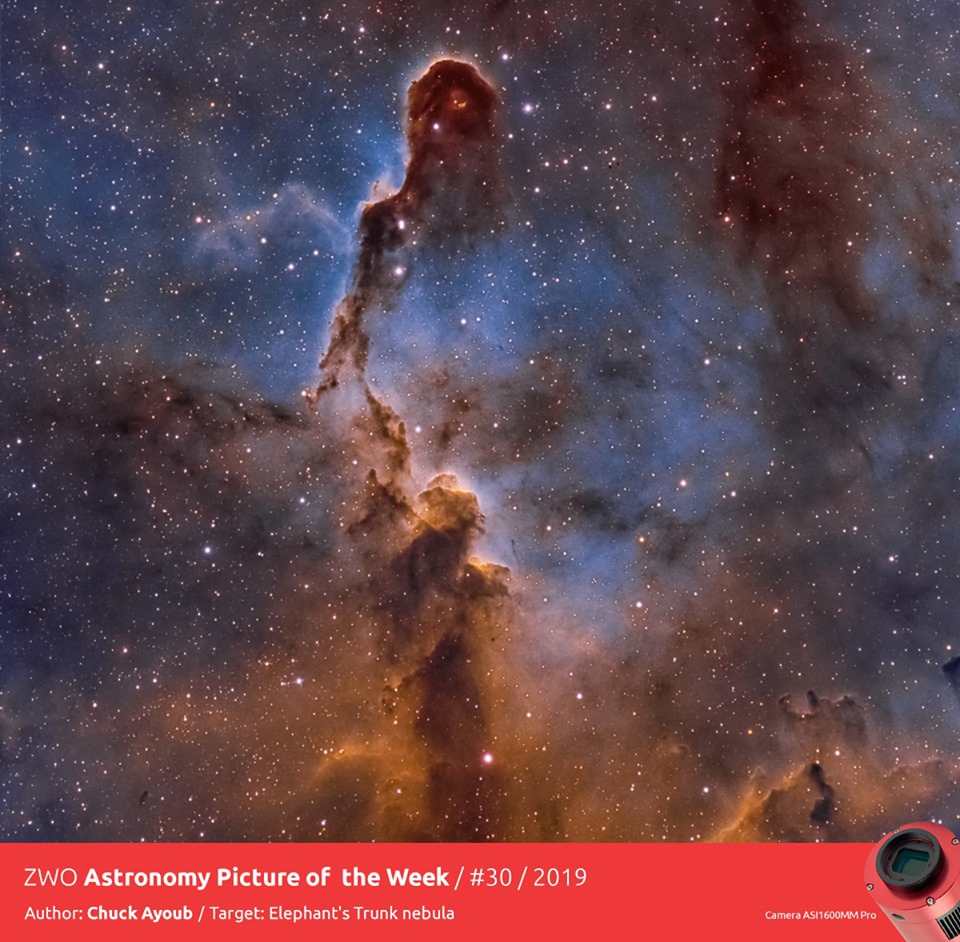 IC 1396 is also known as Elephant’s Trunk nebula, it’s a concentration of interstellar gas and dust within the much larger ionized gas region IC 1396 located in the constellation Cepheus about 2,400 light-years away from Earth. The piece of the nebula shown here is the dark, dense globule IC 1396A; it is commonly called the Elephant’s Trunk nebula because of its appearance at visible light wavelengths, where there is a dark patch with a bright, sinuous rim. The bright rim is the surface of the dense cloud that is being illuminated and ionized by a very bright, massive star (HD 206267) that is just to the east of IC 1396A. 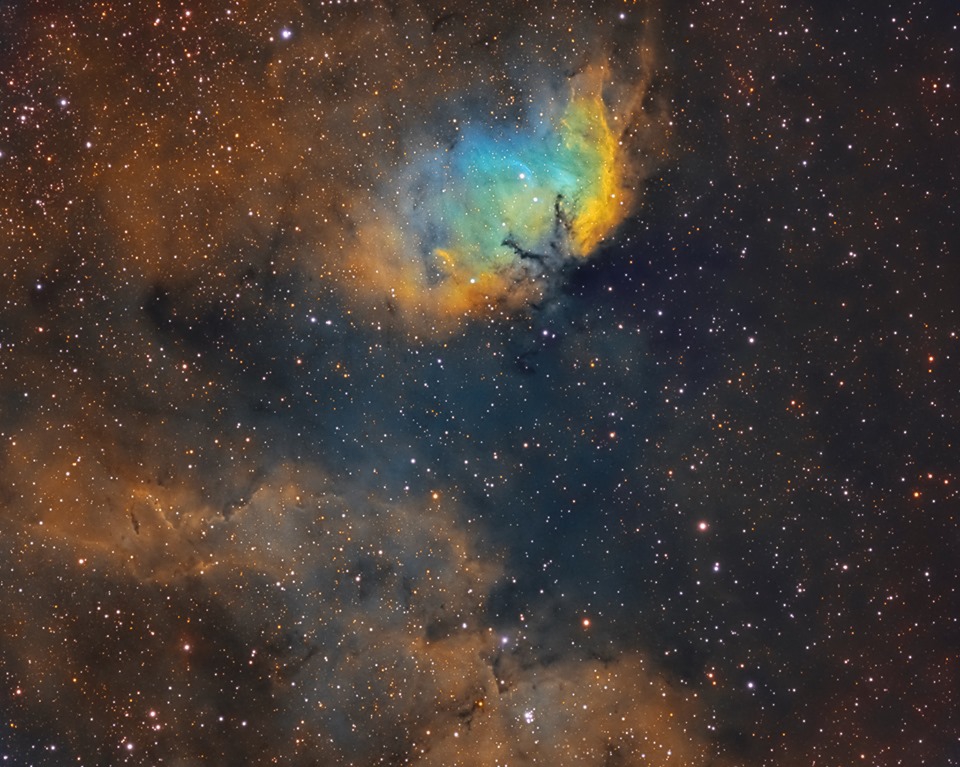 Sh2-101 is a H II region emission nebula located in the constellation Cygnus. It is sometimes also called the Tulip Nebula because it appears to resemble the outline of a tulip when imaged photographically. It was catalogued by astronomer Stewart Sharpless in his 1959 catalog of nebulae. It lies at a distance of about 6,000 light-years from Earth.

Jupiter is the fifth planet from the Sun and the largest in the Solar System. It is a gas giant with a mass one-thousandth that of the Sun, but two-and-a-half times that of all the other planets in the Solar System combined. Jupiter has been known to astronomers since antiquity. It is named after the Roman god Jupiter. When viewed from Earth, Jupiter can be bright enough for its reflected light to cast shadows, and is on average the third-brightest natural object in the night sky after the Moon and Venus. 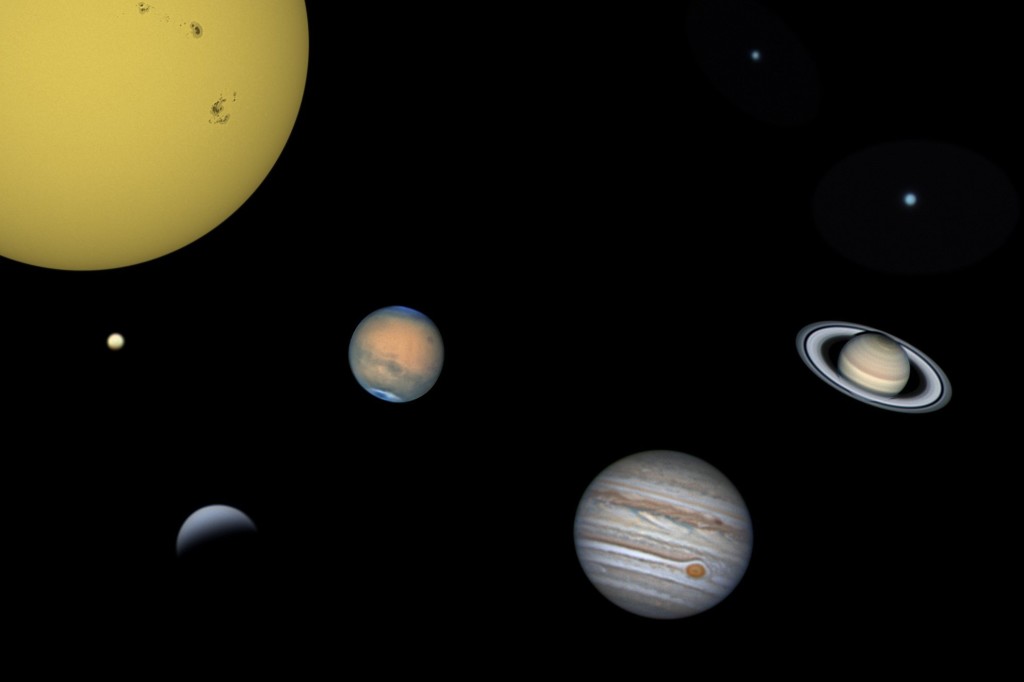 Mercury, Venus, Mars, Jupiter, Saturn, Uranus and Neptune. It really took a long time to shoot all of these goals. If you happen to have the plan to shoot some Solar System planet, then this picture may bring you some inspiration. 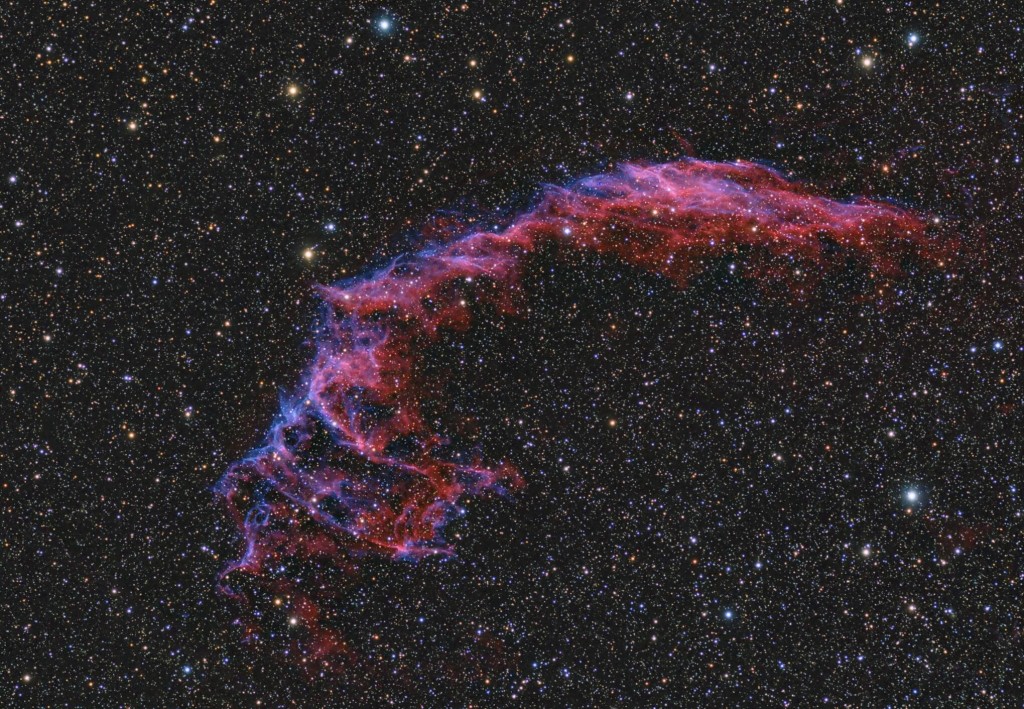 NGC 6992 is a cloud of heated and ionized gas and dust in the constellation Cygnus. It constitutes the visible portions of the Cygnus Loop, a supernova remnant, many portions of which have acquired their own individual names and catalogue identifiers. The source supernova was a star 20 times more massive than the Sun, which exploded around 8,000 years ago. The remnants have since expanded to cover an area of the sky roughly 3 degrees in diameter (about 6 times the diameter, or 36 times the area, of the full Moon). The distance to the nebula is not precisely known, but Far Ultraviolet Spectroscopic Explorer (FUSE) data supports a distance of about 1,470 light-years.