Here are the fantastic works from the 31st edition of 2019 ASIWEEK ASTROPHOTOGRAPHY COMPETITION. Let’s take a look!

It is Victor Van Puyenbroeck and his target NGC 6888 captured with ZWO ASI1600MM Pro that won the championship. 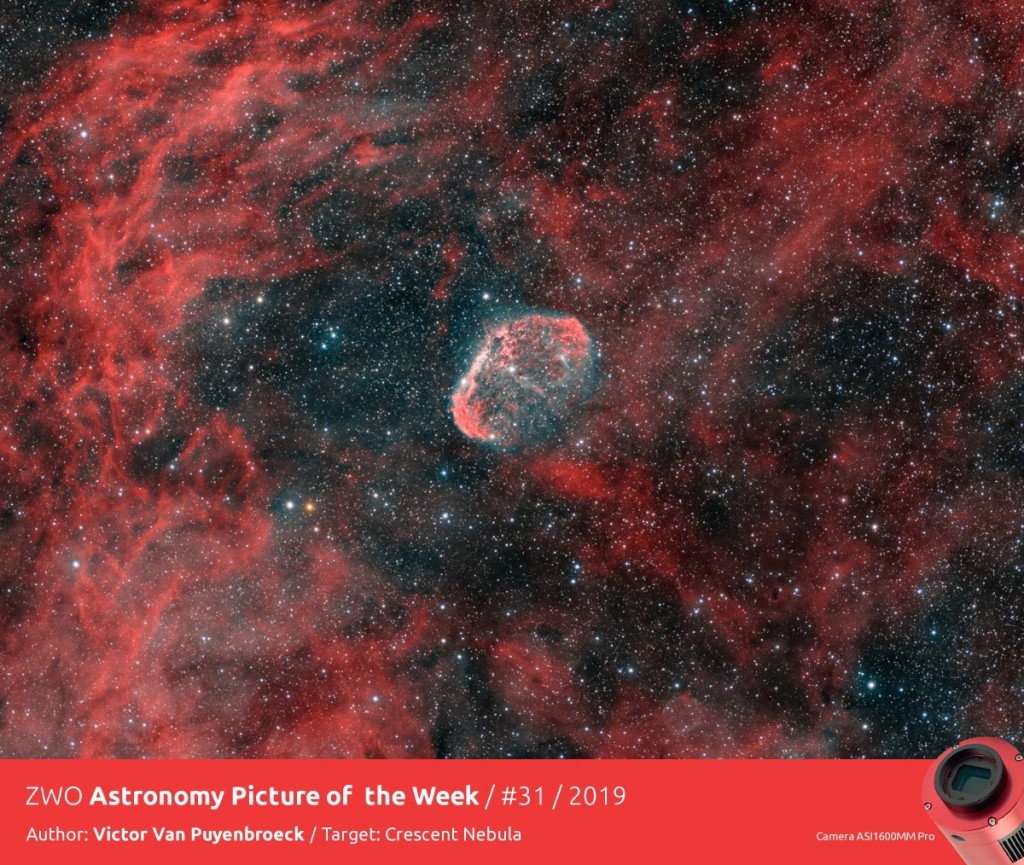 NGC 6888(also known as Crescent Nebula) is an emission nebula in the constellation Cygnus, about 5000 light-years away from Earth. It was discovered by William Herschelin 1792. It is formed by the fast stellar wind from the Wolf-Rayet star WR 136 (HD 192163) colliding with and energizing the slower moving wind ejected by the star when it became a red giant around 250,000 to 400,000 years ago. The result of the collision is a shell and two shock waves, one moving outward and one moving inward. The inward moving shock wave heats the stellar wind to X-ray-emitting temperatures. 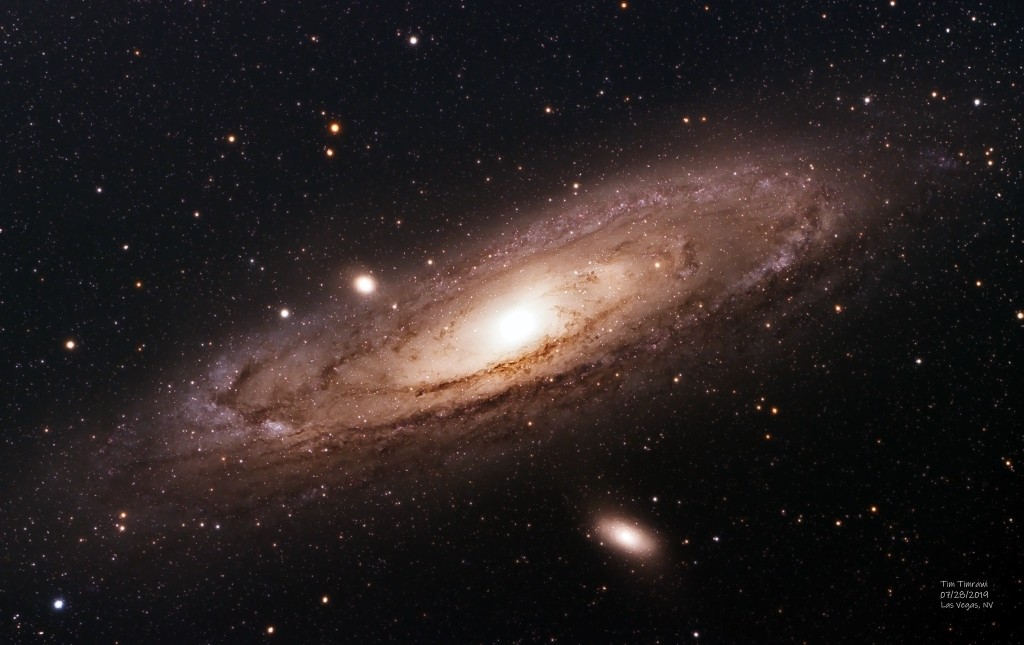 M31 is also known as the Andromeda Galaxy, it is a spiral galaxy approximately 780 kiloparsecs (2.5 million light-years) from Earth, and the nearest major galaxy to the Milky Way. The galaxy’s name stems from the area of the Earth’s sky in which it appears, the constellation of Andromeda. The number of stars contained in the Andromeda Galaxy is estimated at one trillion, or roughly twice the number estimated for the Milky Way. 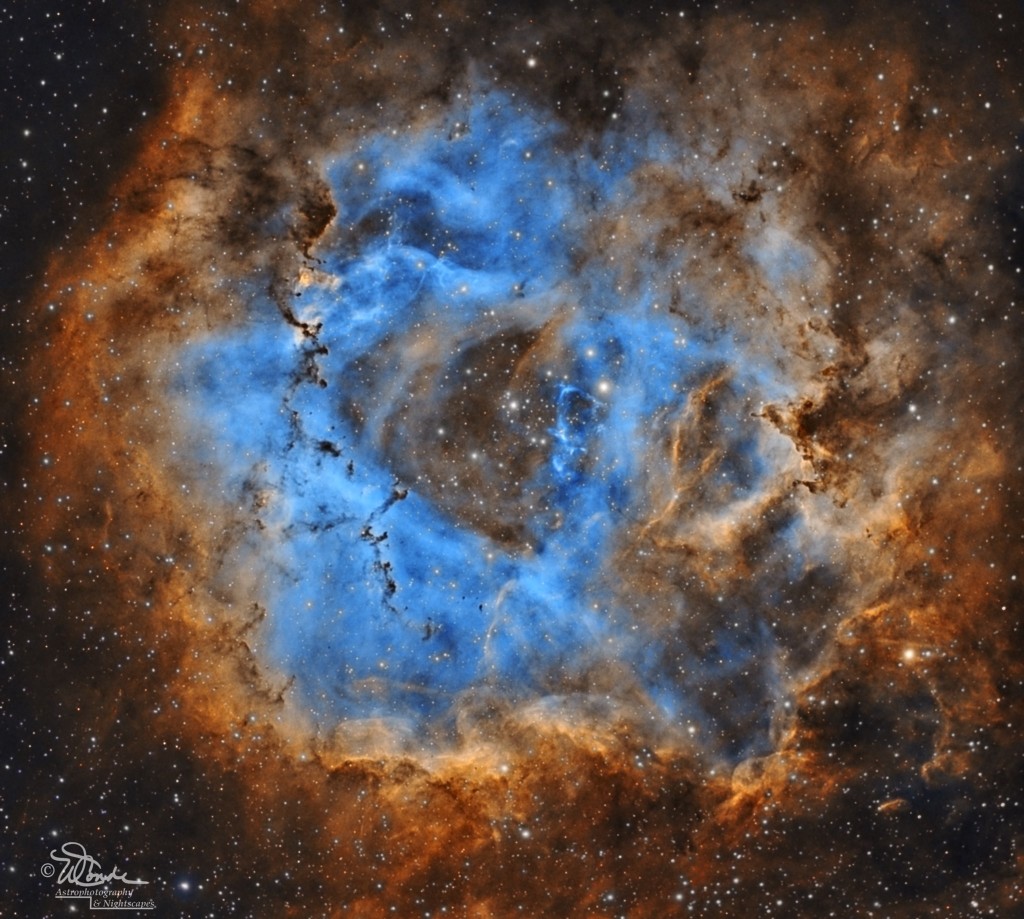 NGC 2237 is also known as The Rosette Nebula. It is a large spherical H II region (circular in appearance) located near one end of a giant molecular cloud in the Monoceros region of the Milky Way Galaxy. The open cluster NGC 2244 (Caldwell 50) is closely associated with the nebulosity, the stars of the cluster having been formed from the nebula’s matter. The cluster and nebula lie at a distance of some 5,000 light-years from Earth. The radiation from the young stars excites the atoms in the nebula, causing them to emit radiation themselves producing the emission nebula we see. The mass of the nebula is estimated to be around 10,000 solar masses. 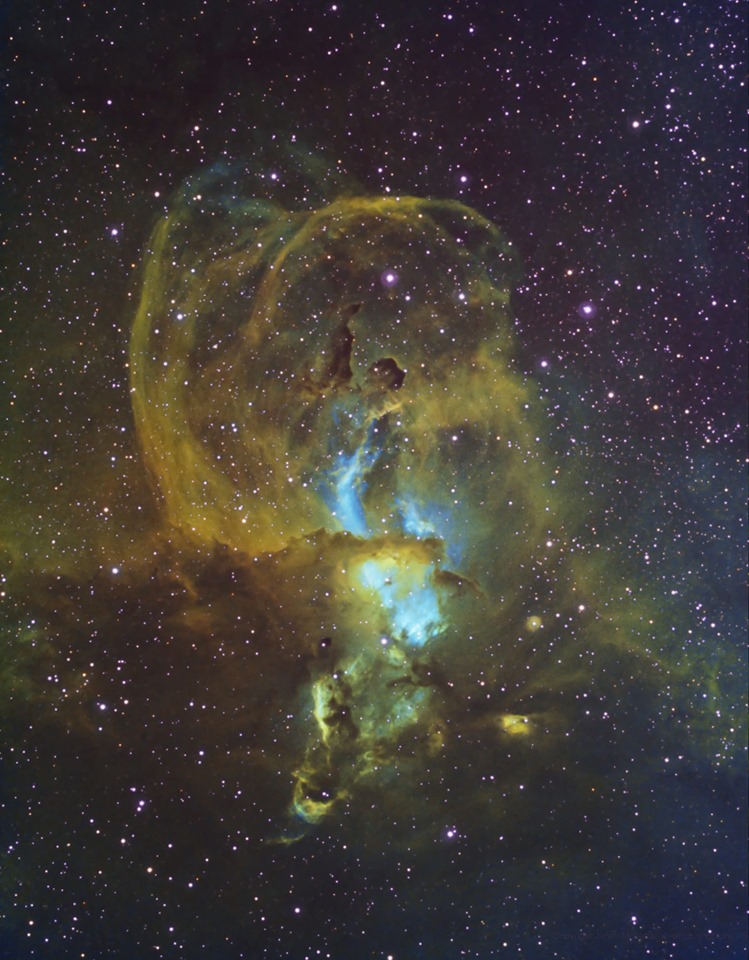 NGC 3576 is a minor nebula in the Sagittarius arm of the galaxy a few thousand light-years away from the Eta Carinae nebula. This nebula even received six different classification numbers. Currently, astronomers call the entire nebula NGC 3576. A popular nickname is “The Statue of Liberty Nebula” because of the distinctive shape in the middle of the nebula. The name was first suggested in 2009 by Dr. Steve Mazlin, a member of Star Shadows Remote Observatory (SSRO).