Here are the fantastic works from the 32nd edition of 2019 ASIWEEK ASTROPHOTOGRAPHY COMPETITION. Let’s take a look!

It is Reinhold Wittich and his target M45 captured with ZWO ASI094MC Pro that won the championship. 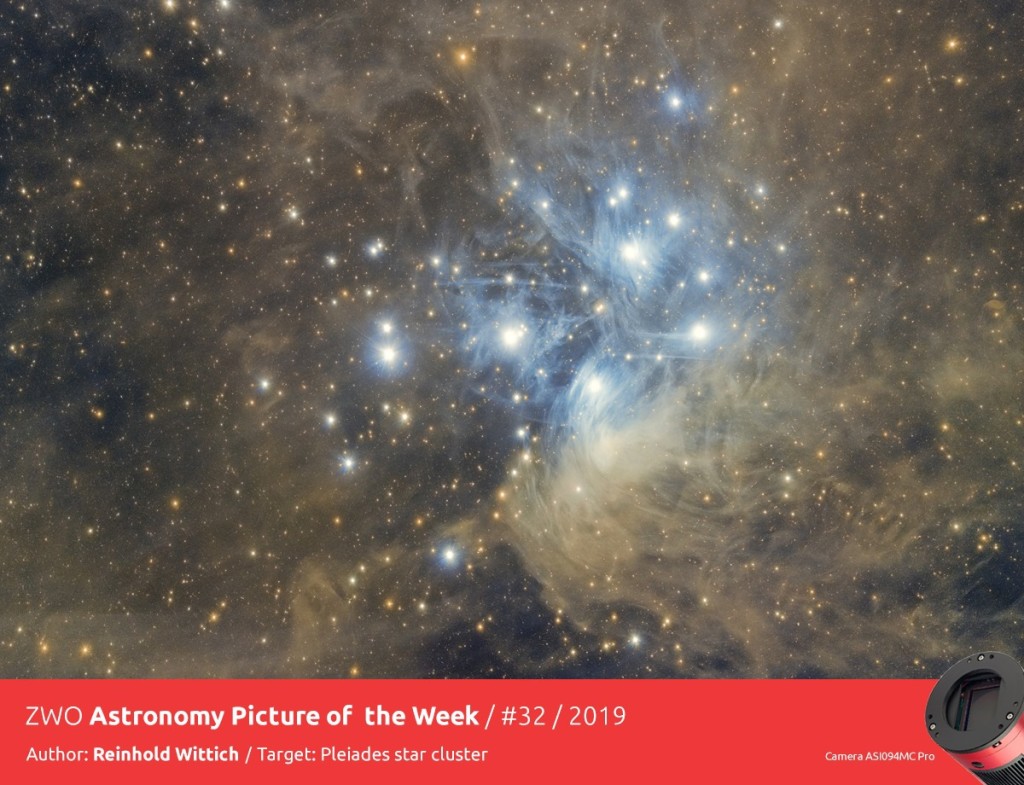 M45 is also known as the Pleiades and the Seven Sisters, It is an open star cluster containing middle-aged, hot B-type stars located in the constellation of Taurus. It is among the nearest star clusters to Earth and is the cluster most obvious to the naked eye in the night sky. 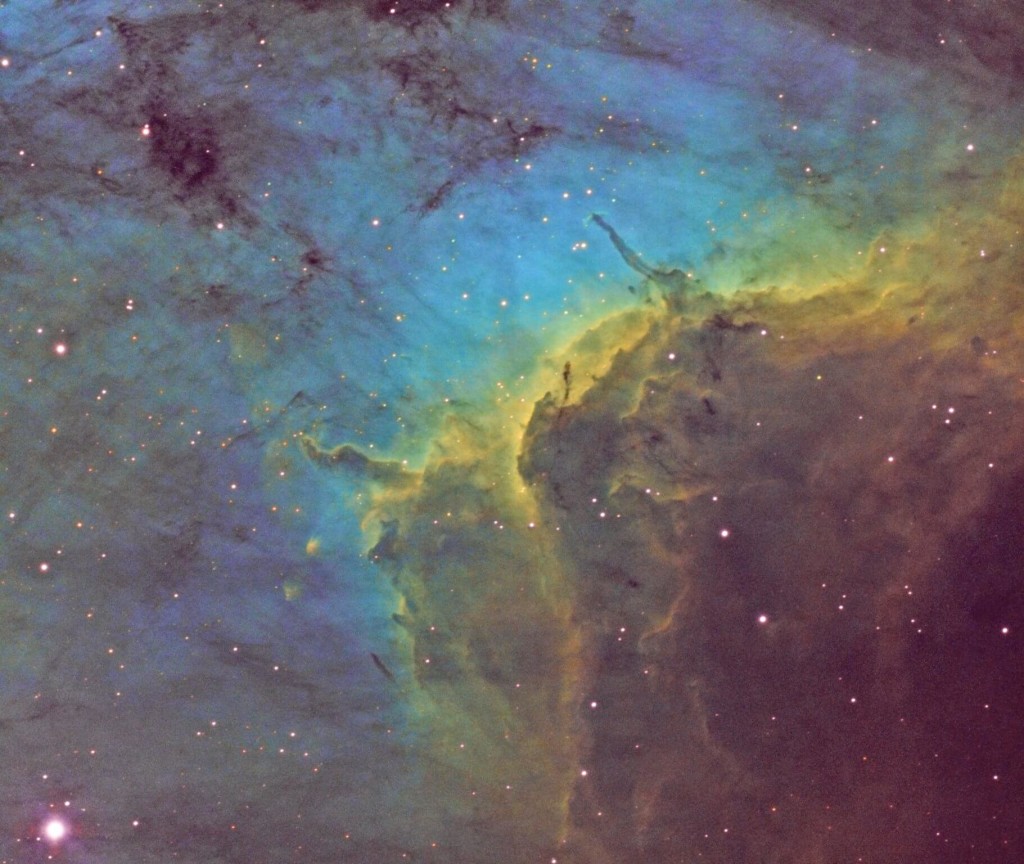 IC 5070 is also known as the Pelican Nebula. It’s an H II region associated with the North America Nebula in the constellation Cygnus. The gaseous contortions of this emission nebula bear a resemblance to a pelican, giving rise to its name. The Pelican Nebula is located nearby first magnitude star Deneb, and is divided from its more prominent neighbour, the North America Nebula, by a molecular cloud filled with dark dust. 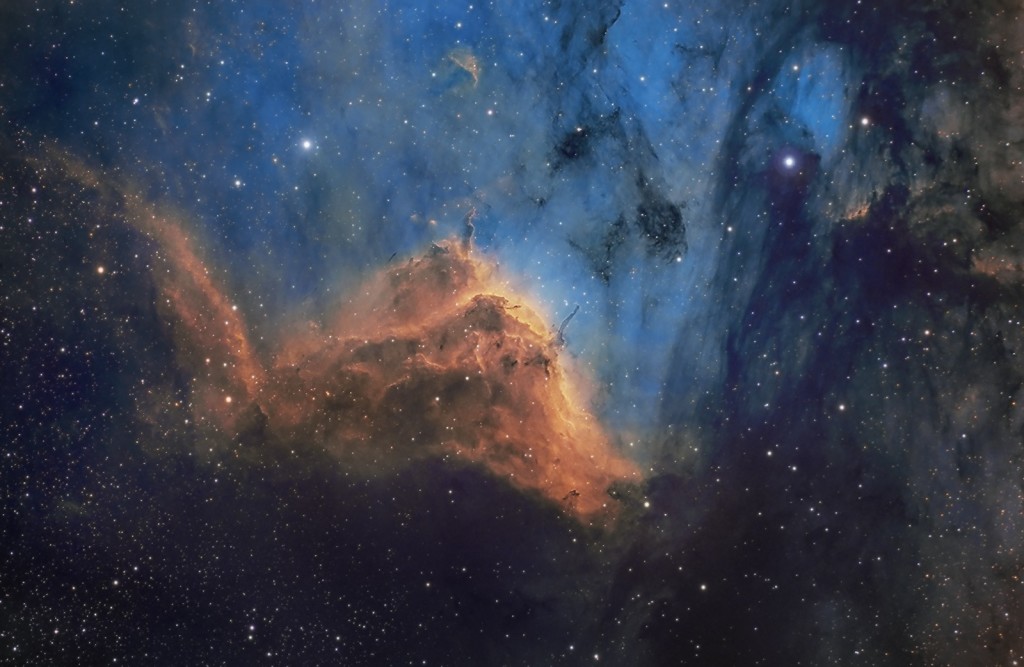 The Pelican is much studied because it has a particularly active mix of star formation and evolving gas clouds. The light from young energetic stars is slowly transforming cold gas to hot and causing an ionization front gradually to advance outward. Particularly dense filaments of cold gas are seen to still remain, and among these are found two jets emitted from the Herbig–Haro object 555. Millions of years from now this nebula might no longer be known as the Pelican, as the balance and placement of stars and gas will leave something that appears completely different. 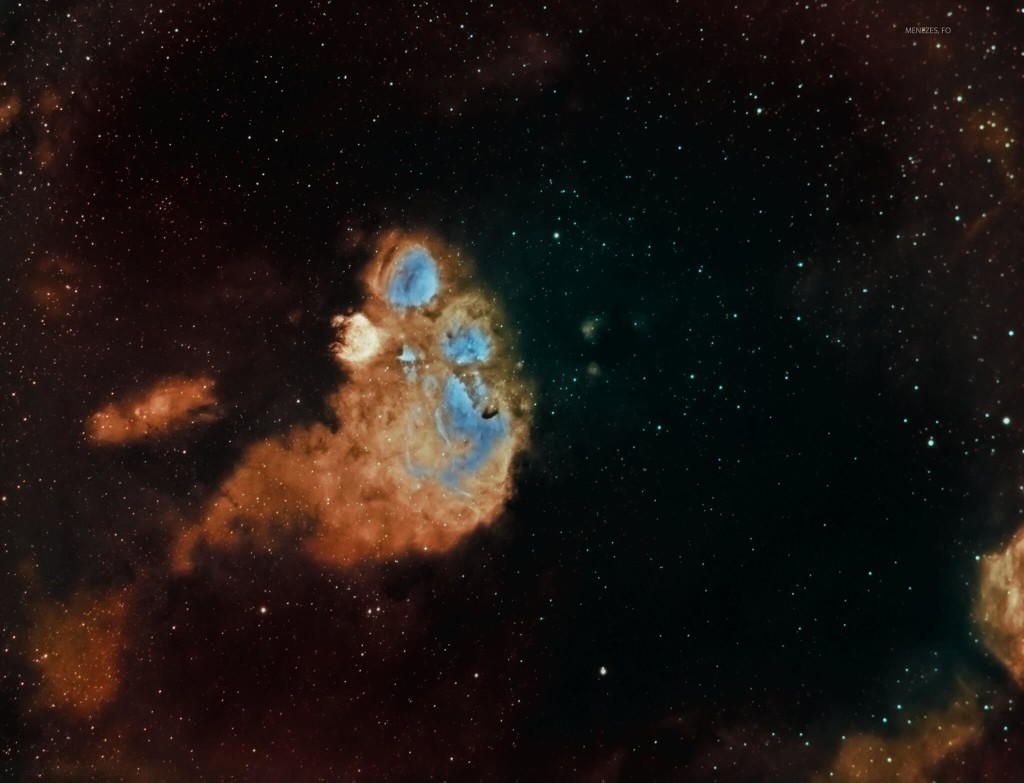 NGC 6334 is also known as the Cat’s Paw Nebula, Bear Claw Nebula, or Gum 64. It is an emission nebula and star-forming region located in the constellation Scorpius. It was discovered by astronomer John Herschel in 1837, who observed it from the Cape of Good Hope in South Africa 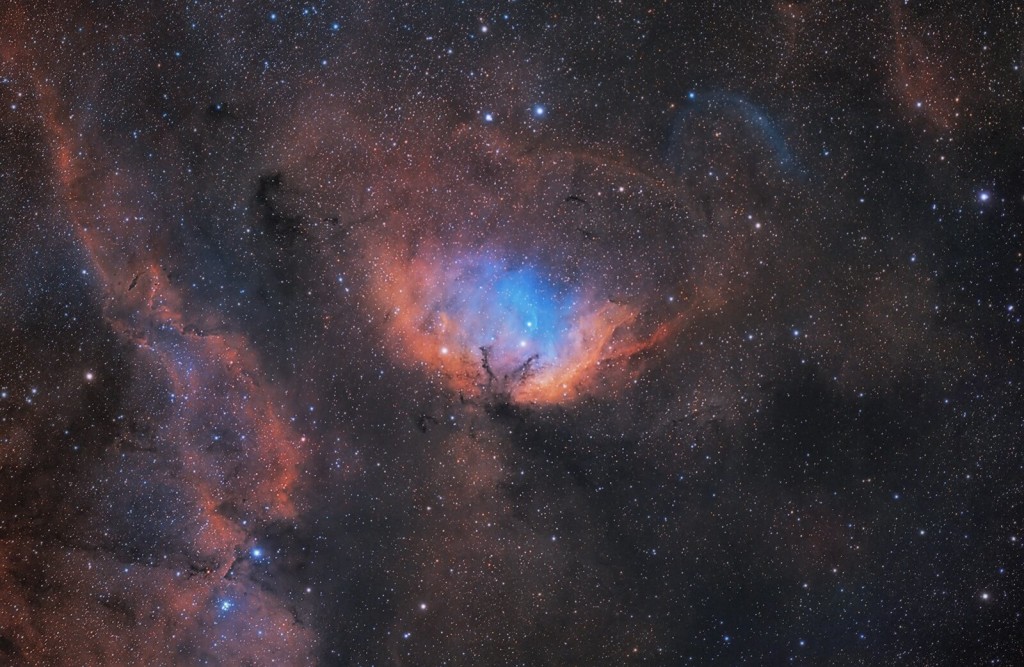 Sh2-101(Sharpless 101) is a H II region emission nebula located in the constellation Cygnus. It is sometimes also called the Tulip Nebula because it appears to resemble the outline of a tulip when imaged photographically. It was catalogued by astronomer Stewart Sharpless in his 1959 catalog of nebulae. It lies at a distance of about 6,000 light-years from Earth.