Here are the fantastic works from the 35th edition of 2019 ASIWEEK ASTROPHOTOGRAPHY COMPETITION. Let’s take a look!

It is Muhammad Ali and his target NGC 6888 captured with ZWO ASI1600MM Cool that won the championship. 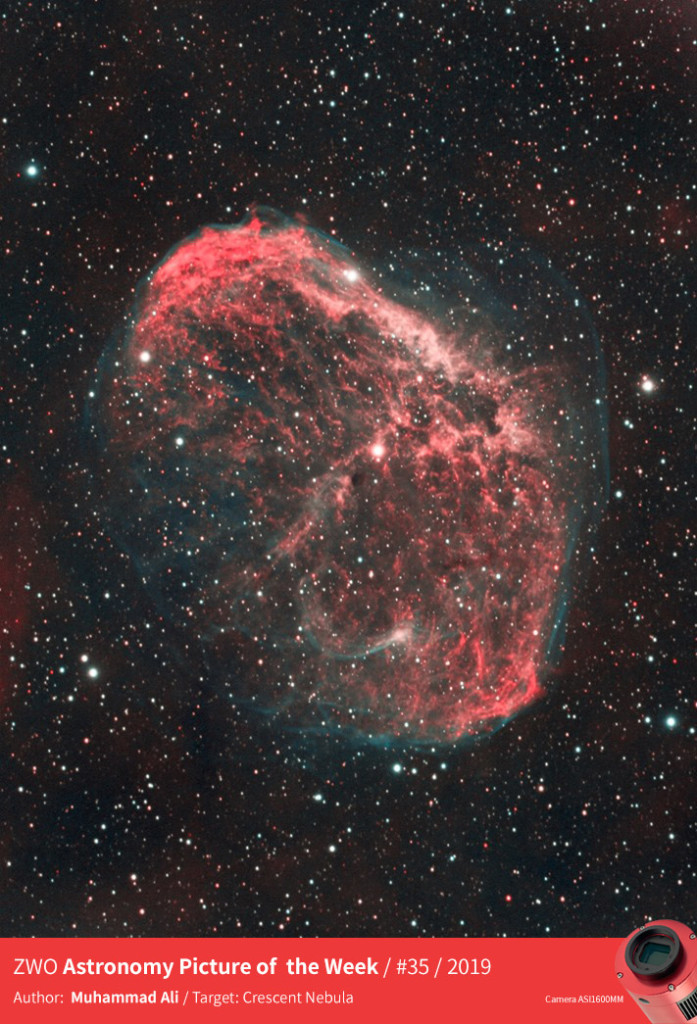 NGC 6888 is also known as the Crescent Nebula, it is an emission nebula in the constellation Cygnus, about 5000 light-years away from Earth. It was discovered by William Herschel in 1792. It is formed by the fast stellar wind from the Wolf-Rayet star WR 136 (HD 192163) colliding with and energizing the slower moving wind ejected by the star when it became a red giant around 250,000 to 400,000 years ago. The result of the collision is a shell and two shock waves, one moving outward and one moving inward. The inward moving shock wave heats the stellar wind to X-ray-emitting temperatures. 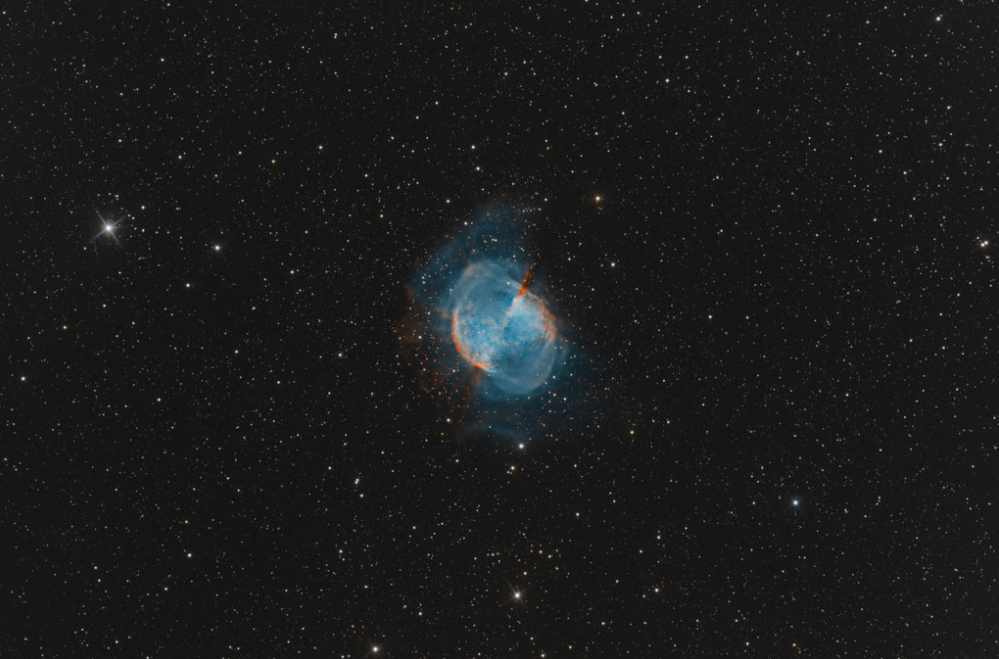 M27 is also known as the Dumbbell Nebula. It is a planetary nebula in the constellation Vulpecula, at a distance of about 1227 light-years. This object was the first planetary nebula to be discovered; by Charles Messier in 1764. At its brightness of visual magnitude 7.5 and its diameter of about 8 arcminutes, it is easily visible in binoculars, and a popular observing target in amateur telescopes. 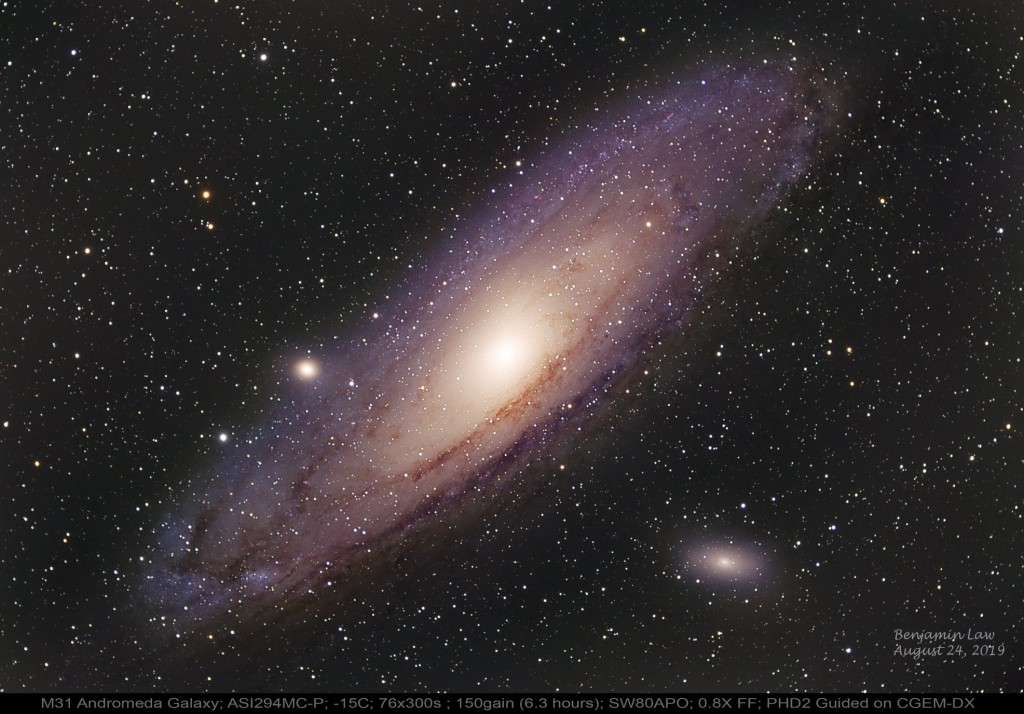 M31 is also known as the Andromeda Galaxy. It is a spiral galaxy approximately 780 kiloparsecs (2.5 million light-years) from Earth, and the nearest major galaxy to the Milky Way. The galaxy’s name stems from the area of the Earth’s sky in which it appears, the constellation of Andromeda. 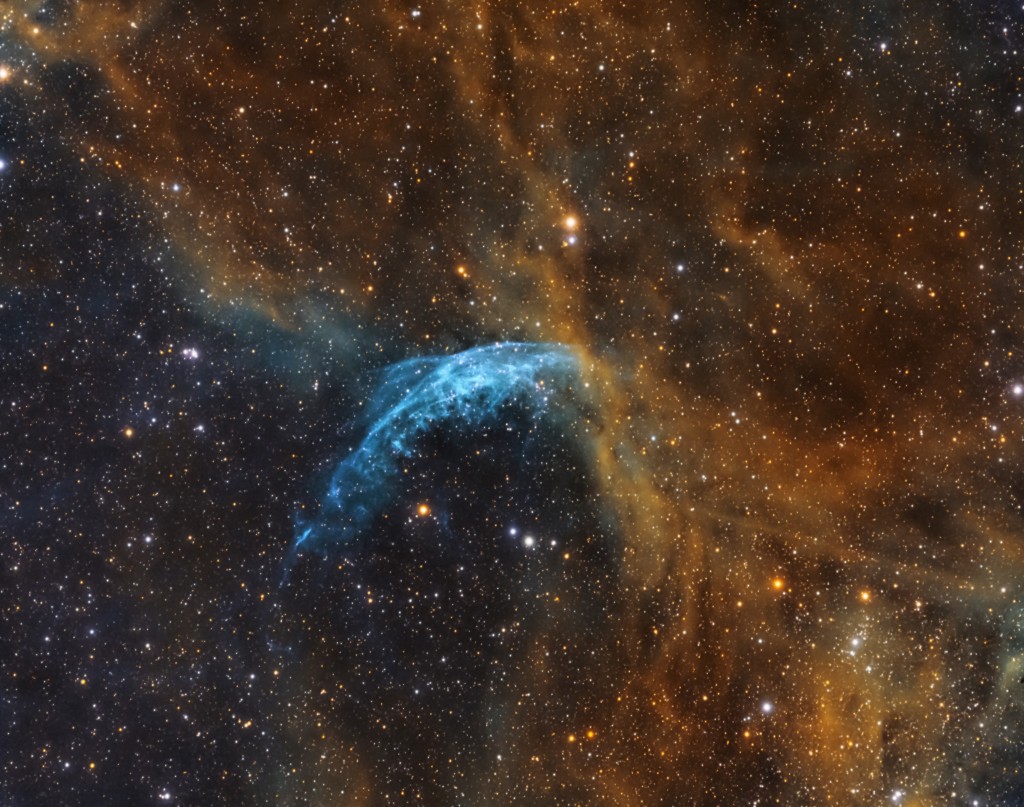 WR 134 is a variable Wolf-Rayet star located around 6,000 light years away from Earth in the constellation of Cygnus, surrounded by a faint bubble nebula blown by the intense radiation and fast wind from the star. It is five times the radius of the sun, but due to a temperature over 63,000 K it is 400,000 times as luminous as the Sun.