Here are the fantastic works from the 33rd edition of 2019 ASIWEEK ASTROPHOTOGRAPHY COMPETITION. Let’s take a look!

It is Christopher Sullivan and his target NGC 7380 captured with ZWO ASI1600MM Cool that won the championship. 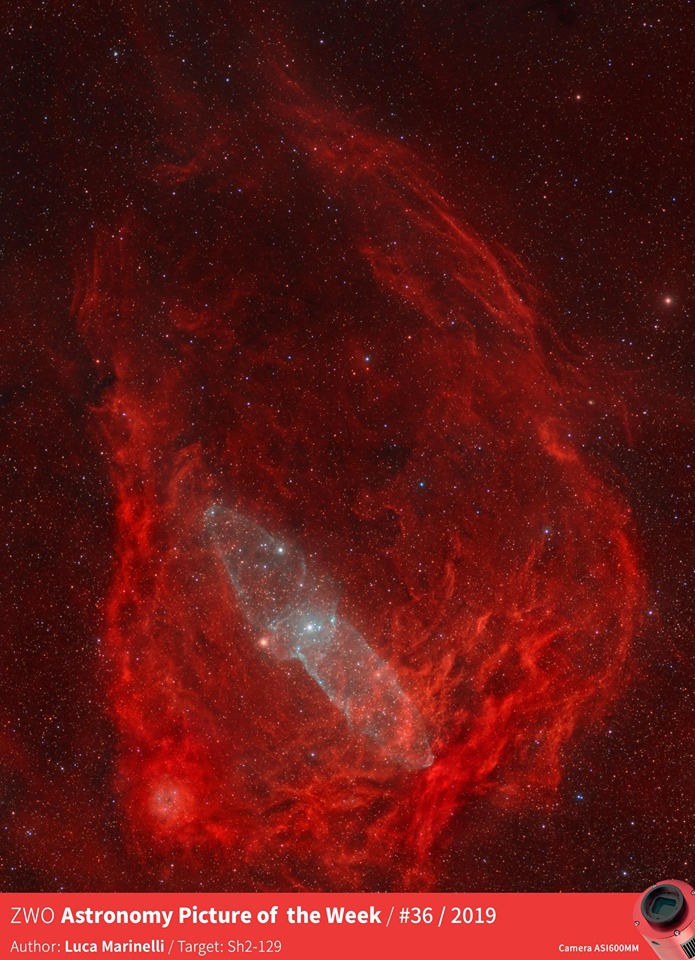 SH2-129 is a relatively faint emission nebula in Cepheus, a neighbor of the larger and more often imaged IC 1396.  Sometimes referred to as the “Flying Bat” nebula, this region is characterized by Ha emission as well as a small, mixed emission and reflection nebula (vdB 140), seen in the lower portion of the field, just to the left of center. What is most remarkable about this region is a recent discovery made in 2011 by Nicolas Outters, called the “Squid Nebula” due to its shape, but more officially called Ou4. 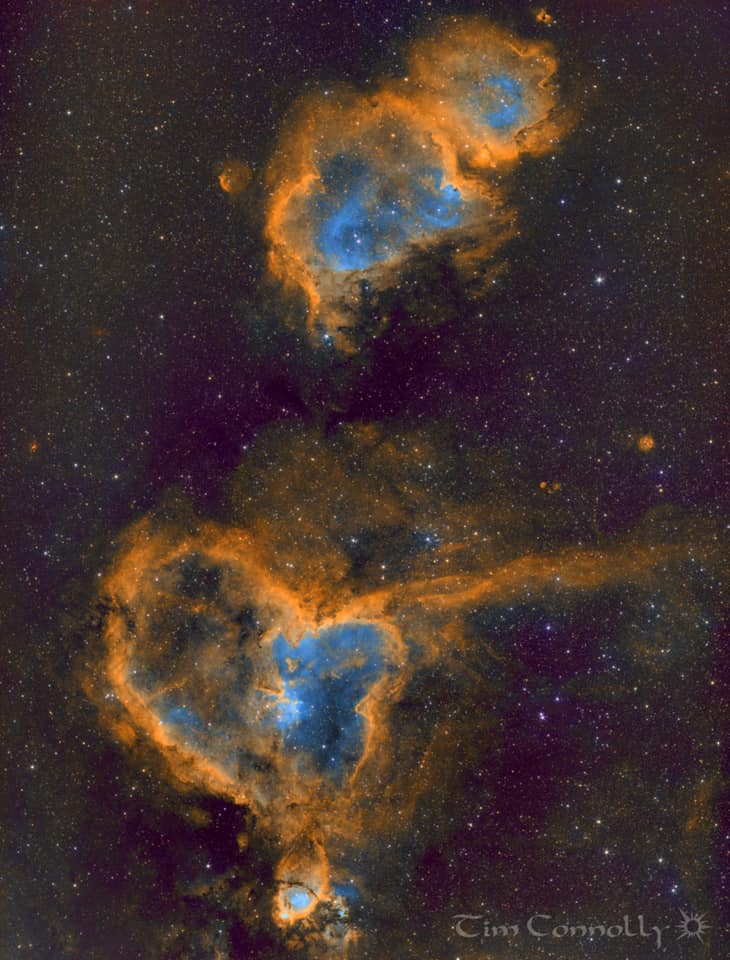 IC 1805 is also known as Heart Nebula. It lies some 7500 light years away from Earth and is located in the Perseus Arm of the Galaxy in the constellation Cassiopeia. It was discovered by William Herschel on 3 November 1787.

Sharpless 2-199 is also known as Soul Nebula. It is an emission nebula located in Cassiopeia. Several small open clusters are embedded in the nebula: CR 34, 632, and 634 (in the head) and IC 1848 (in the body). This complex is the eastern neighbor of IC1805 (Heart Nebula) and the two are often mentioned together as the “Heart and Soul”. 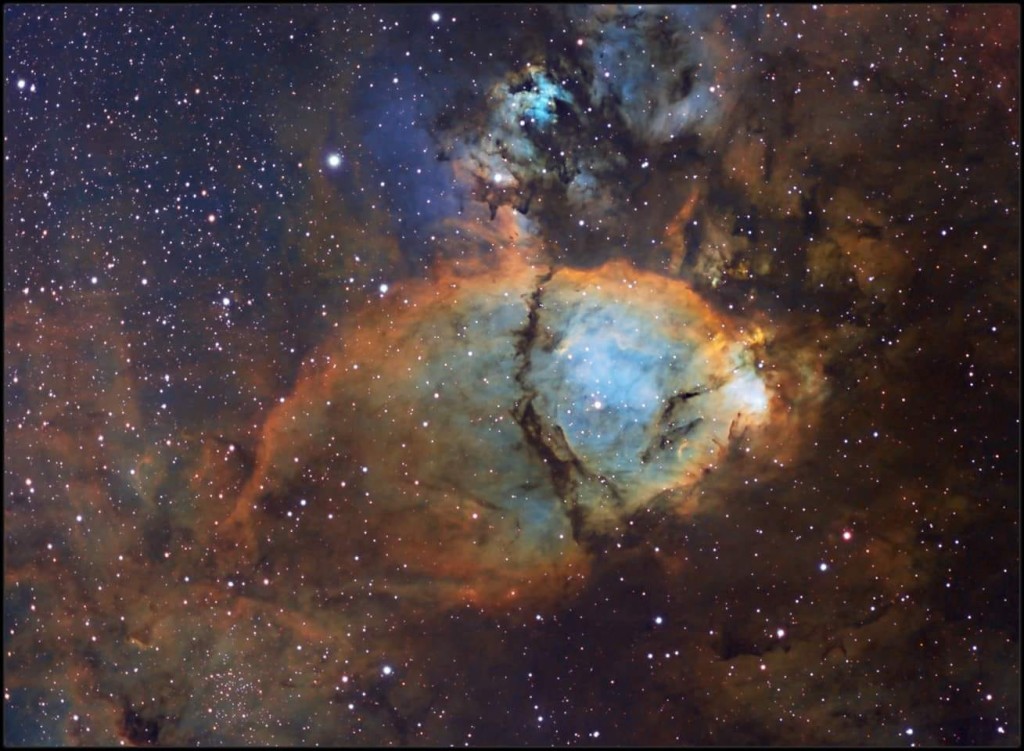 IC 1795 is also known as the Fish head nebula. It features glowing gas and dust in a star forming area in Cassiopeia. It s part of the Heart nebula (IC1805) complex that is located at about 6000 light years away. 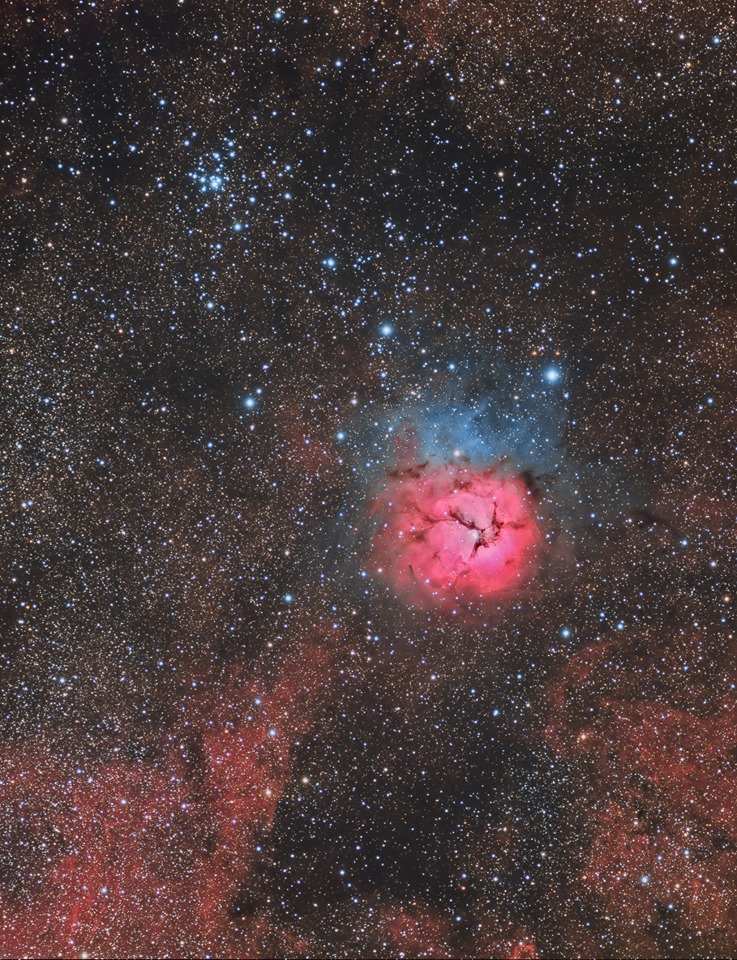 M20 is also known as the Trifid Nebula. It is an H II region located in Sagittarius. It was discovered by Charles Messier on June 5, 1764. Its name means ‘divided into three lobes’. The object is an unusual combination of an open cluster of stars; an emission nebula, a reflection nebula and a dark nebula. Viewed through a small telescope, the Trifid Nebula is a bright and peculiar object, and is thus a perennial favorite of amateur astronomers.