Here are the fantastic works from the 40th edition of 2019 ASIWEEK ASTROPHOTOGRAPHY COMPETITION. Let’s take a look!

It is Erez Buyom and his target M42 captured with ZWO ASI071MC Pro that won the championship. 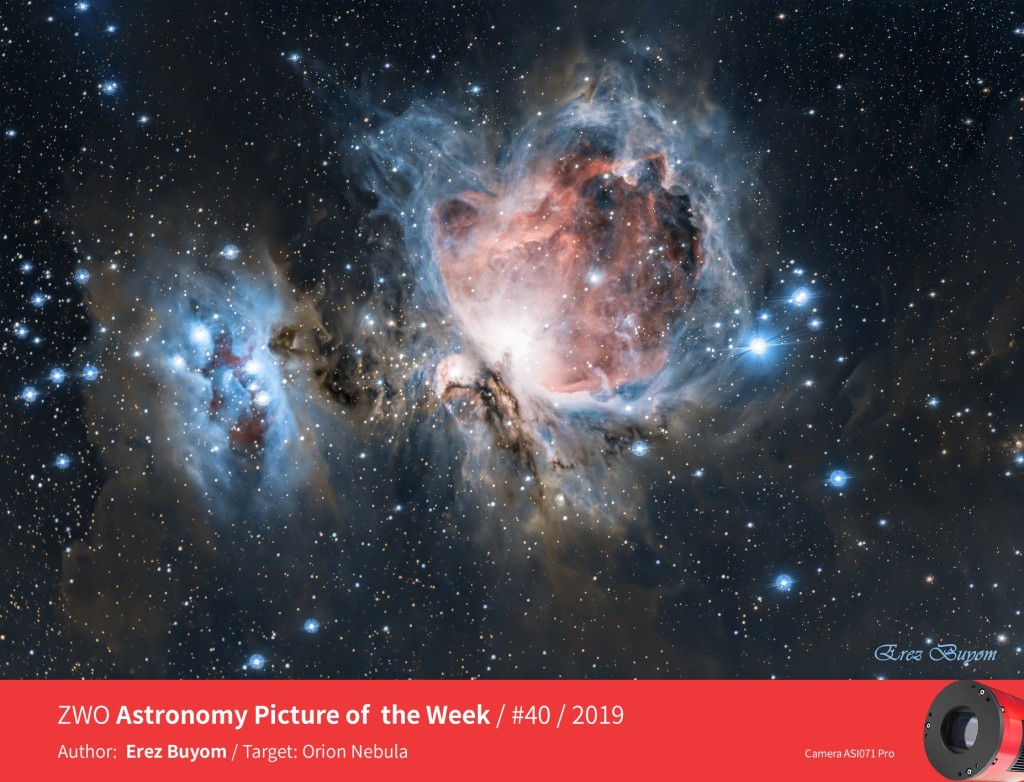 The Orion Nebula is one of the most scrutinized and photographed objects in the night sky, and is among the most intensely studied celestial features. The nebula has revealed much about the process of how stars and planetary systems are formed from collapsing clouds of gas and dust. Astronomers have directly observed protoplanetary disks, brown dwarfs, intense and turbulent motions of the gas, and the photo-ionizing effects of massive nearby stars in the nebula. 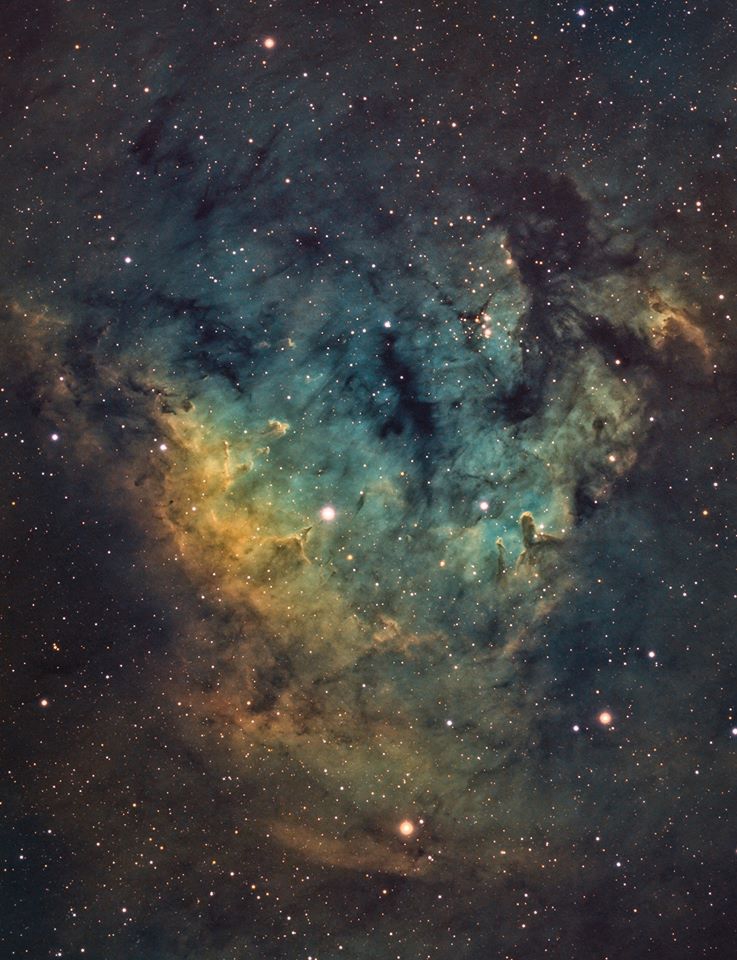 NGC 7822 is a young star forming complex in the constellation of Cepheus. The complex encompasses the emission region designated Sharpless 171, and the young cluster of stars named Berkeley 59. 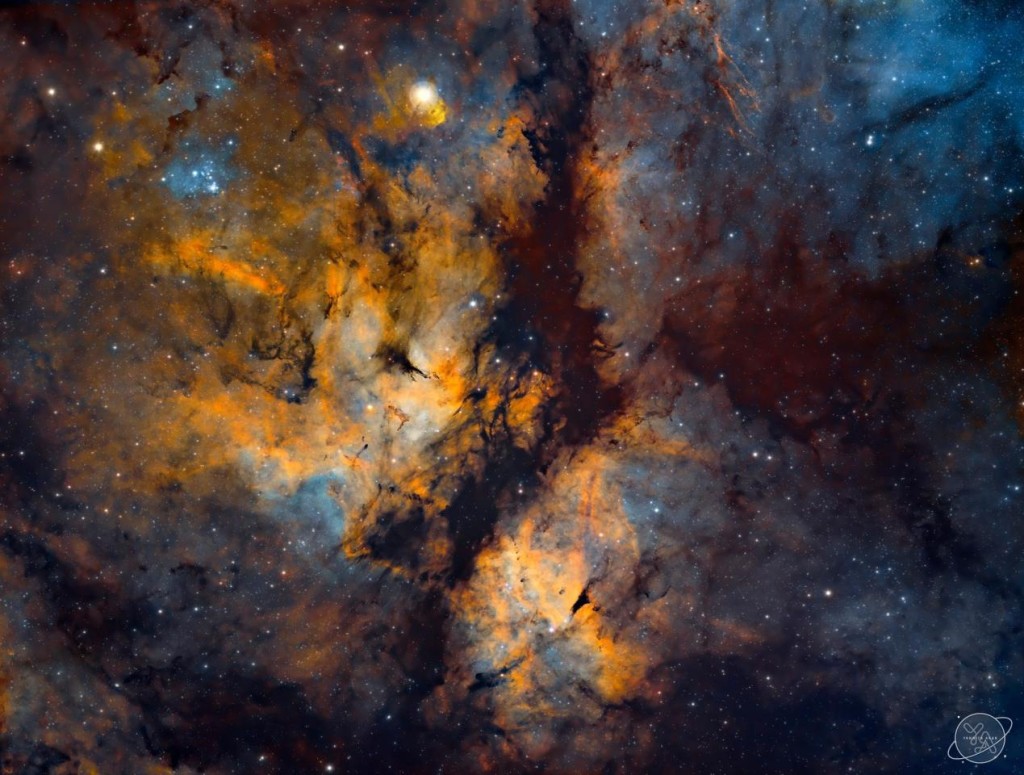 The Sadr region, or IC 1318, is the diffuse emission nebula surrounding Sadr at the center of Cygnus’s cross. The Sadr region is one of the surrounding nebulous regions; others include the Butterfly Nebula and the Crescent Nebula. It contains many dark nebulae in addition to the emission diffuse nebulae. Sadr itself has approximately a magnitude of 2.2. The nebulous regions around the region are also fairly bright. 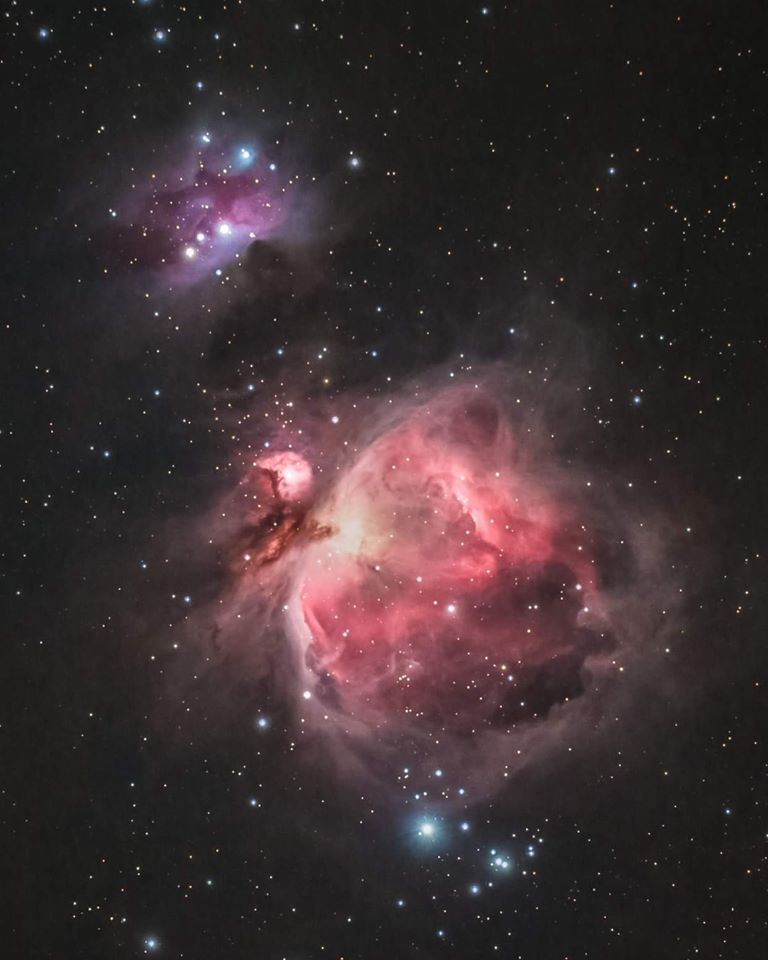 “46m40s of data on the Orion-nebula….It’s just peaking above the trees here in the early morning hours, so I will have to wait a bit more until I can image it from 8 o’clock PM to gather more and better data.” said Rutger Bus.