Here are the fantastic works from the 41st edition of 2019 ASIWEEK ASTROPHOTOGRAPHY COMPETITION. Let’s take a look!

It is Andrea Vanoni and his target Solar System captured with ZWO ASI174MM and ASI120MM-S that won the championship. 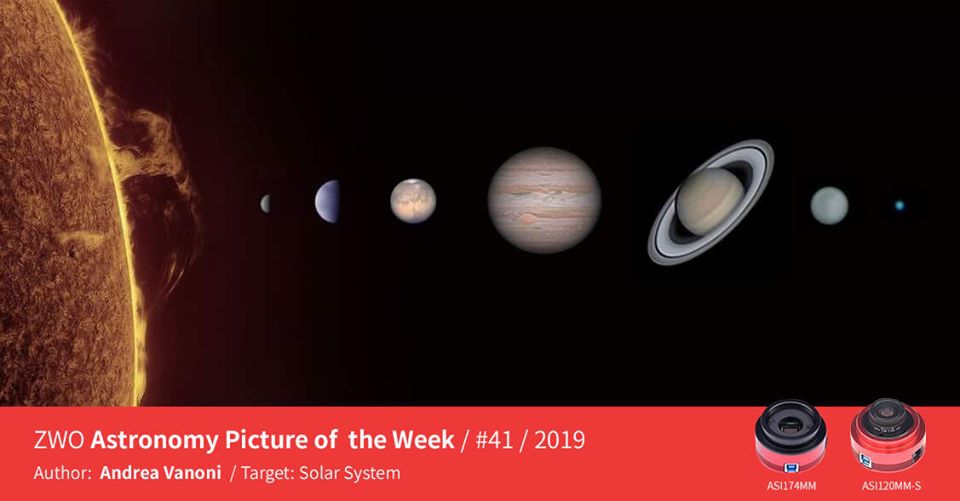 Normally it’s easy for us to watch the planets from the eyepieces, but not easy to capture a high-quality planetary picture for we have so many things that need considering, like the height, the weather, atmospheric transparency, atmospheric visibility, and, of course what equipment/camera setting should we use. It’s very amazing that Andrea can capture all planets with ASI cameras. He must spend a lot of time in this hobby! 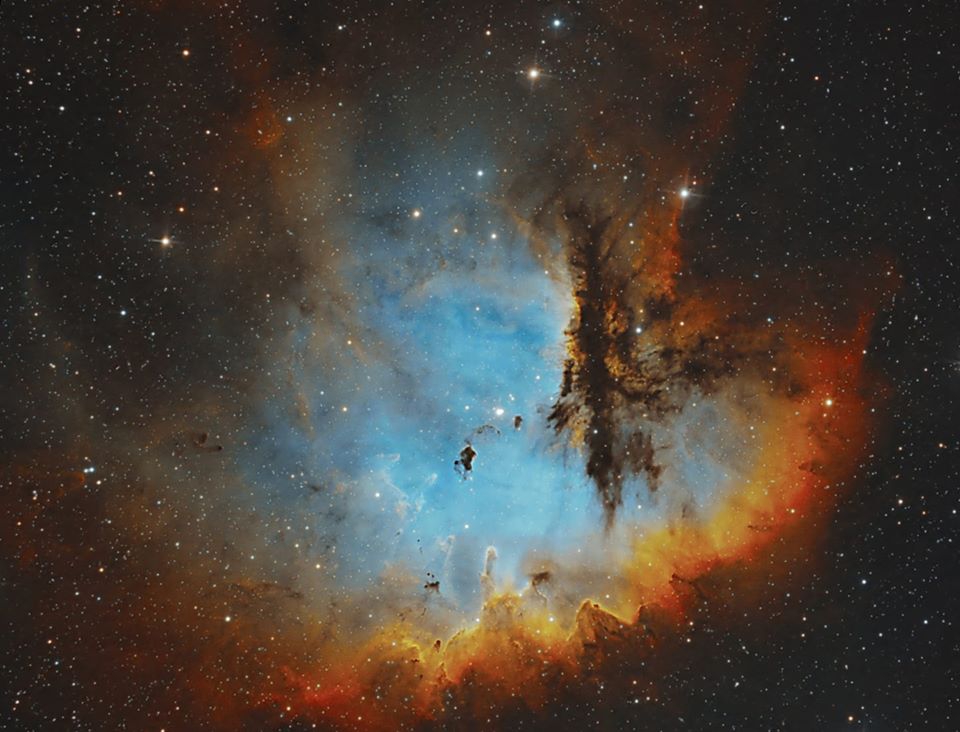 NGC 281 is a bright emission nebula and part of an H II region in the northern constellation of Cassiopeia and is part of the Milky Way’s Perseus Spiral Arm. Colloquially, NGC 281 is also known as the Pacman Nebula for its resemblance to the video game character. 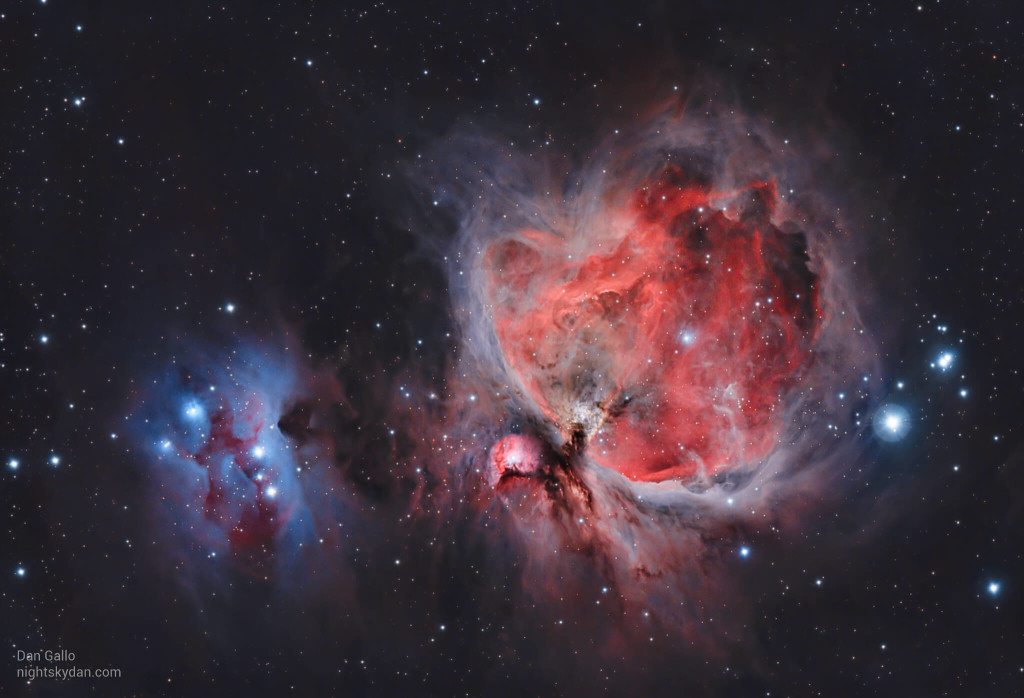 M42 is also known as Orion Nebula, probably the most popular deep sky nebula. It is one of the brightest nebulae, and is visible to the naked eye in the night sky.

Sh2-279 is also known as Ring Man Nebula, it’s an HII region and bright nebulae that includes a reflection nebula located in the constellation Orion. It is also a popular target for amateur astrophotographers, as it lies close to the Orion Nebula and has many nearby guide stars. 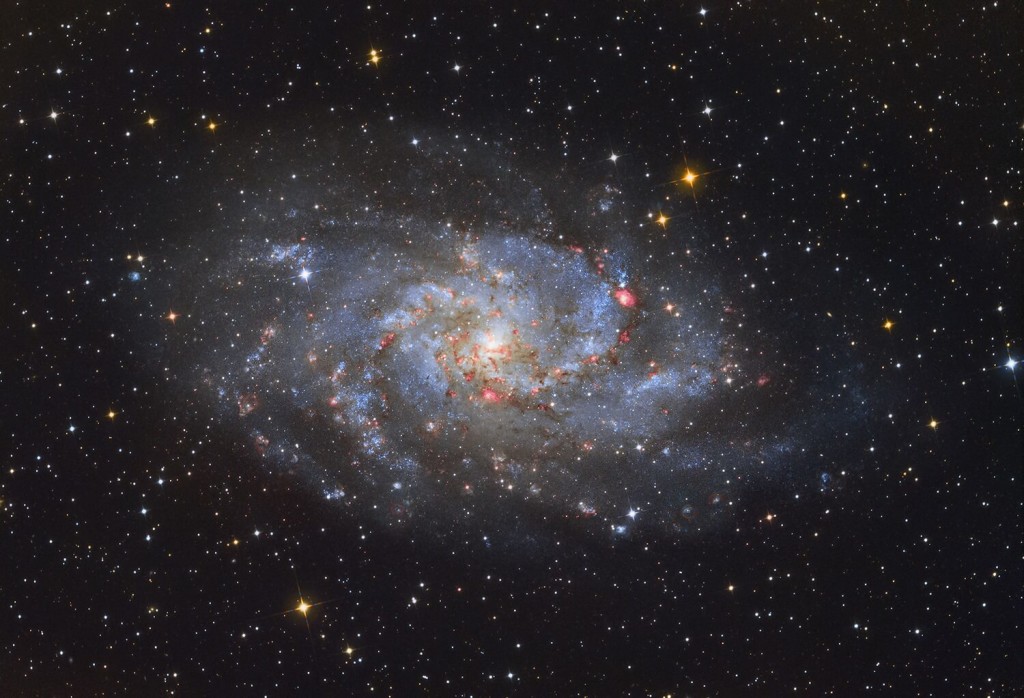 The Triangulum Galaxy is a spiral galaxy 2.73 million light-years from Earth in the constellation Triangulum. It is catalogued as Messier 33 or NGC 598. The Triangulum Galaxy is the third-largest member of the Local Group of galaxies, behind the Milky Way and the Andromeda Galaxy. It is one of the most distant permanent objects that can be viewed with the naked eye.