To enhance our amateurs’ abilities of astro-observation and astrophotography, to stimulate the public’s imagination and creativity, and to better feel the beauty of the stars, universe and science. We have the ASIWEEK ASTROPHOTOGRAPHY CONTEST now. We sincerely invite global astronomers and photographers to participate.

Here are the fantastic works from the 43rd edition of 2019 ASIWEEK ASTROPHOTOGRAPHY COMPETITION. Let’s take a look!

It is Night Sky Dan and his target Soap Bubble Nebula captured with ZWO ASI1600MM Cool that won the championship. 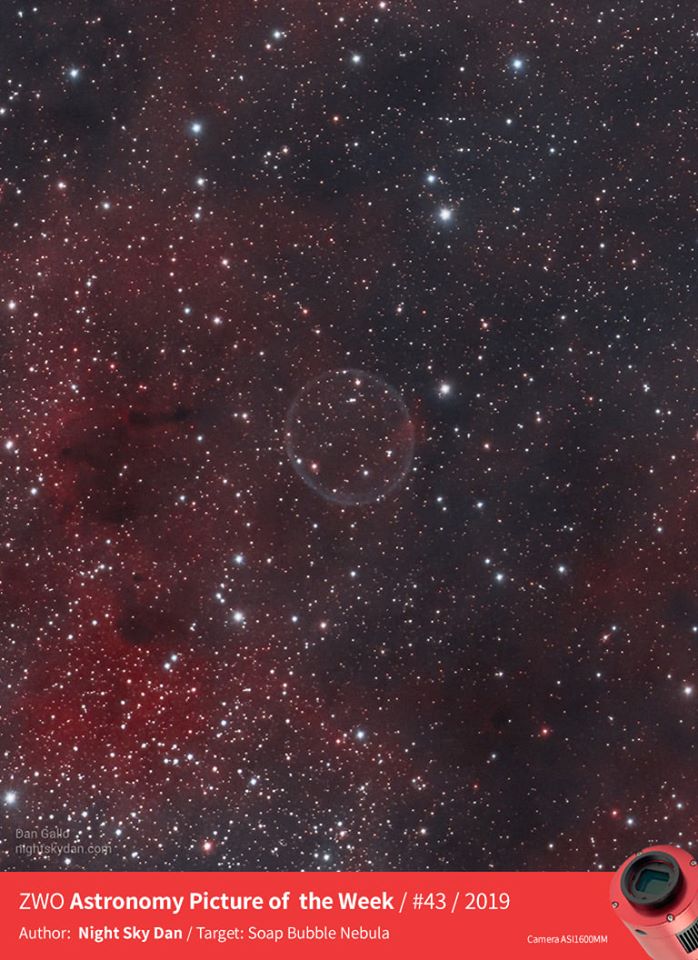 The Soap Bubble Nebula, or PN G75.5+1.7, is a planetary nebula in the constellation Cygnus, near the Crescent Nebula (NGC 6888). It was discovered by amateur astronomer Dave Jurasevich using an Astro-Physics 160 mm refractor telescope with which he imaged the nebula on June 19, 2007 and on July 6, 2008. 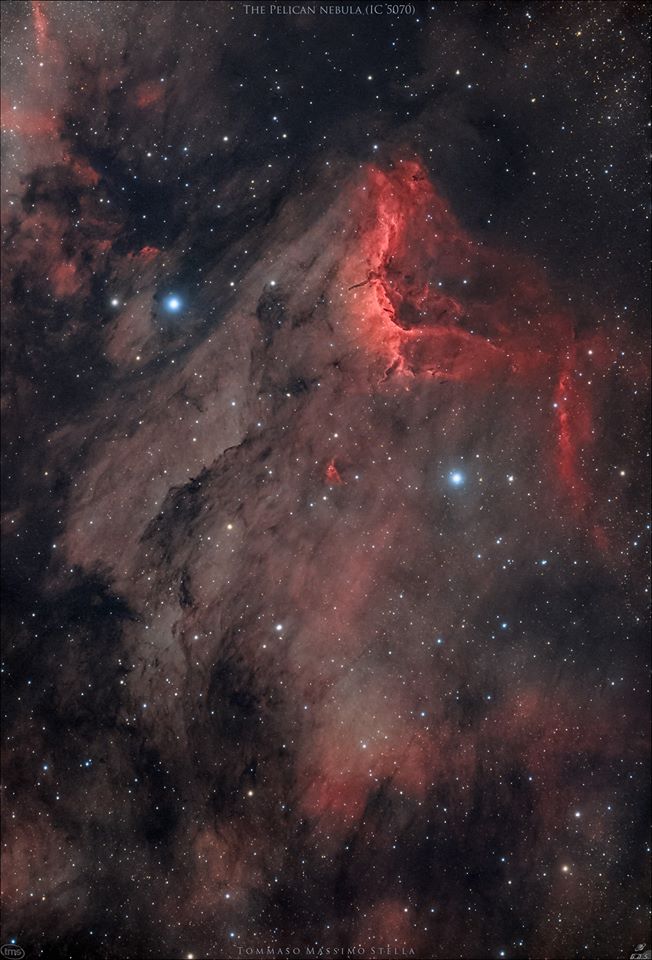 The Pelican Nebula (also known as IC 5070 and IC 5067) is an H II region associated with the North America Nebula in the constellation Cygnus. The gaseous contortions of this emission nebula bear a resemblance to a pelican, giving rise to its name. The Pelican Nebula is located nearby first magnitude star Deneb, and is divided from its more prominent neighbour, the North America Nebula, by a molecular cloud filled with dark dust. 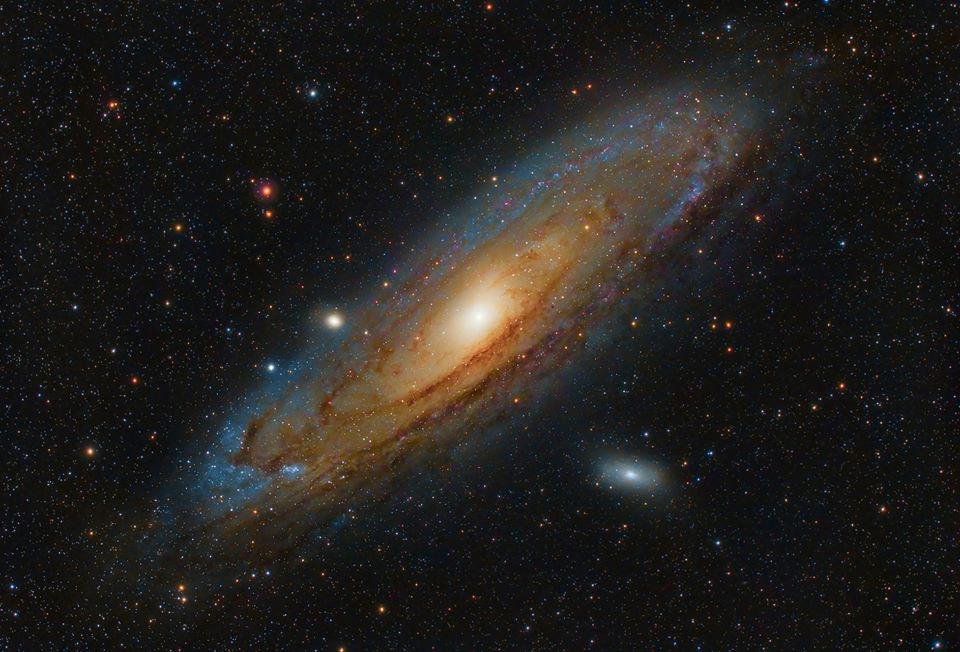 The Andromeda Galaxy, also known as Messier 31, M31, or NGC 224 and originally the Andromeda Nebula (see below), is a spiral galaxy approximately 780 kiloparsecs (2.5 million light-years) from Earth, and the nearest major galaxy to the Milky Way. The galaxy’s name stems from the area of the Earth’s sky in which it appears, the constellation of Andromeda. 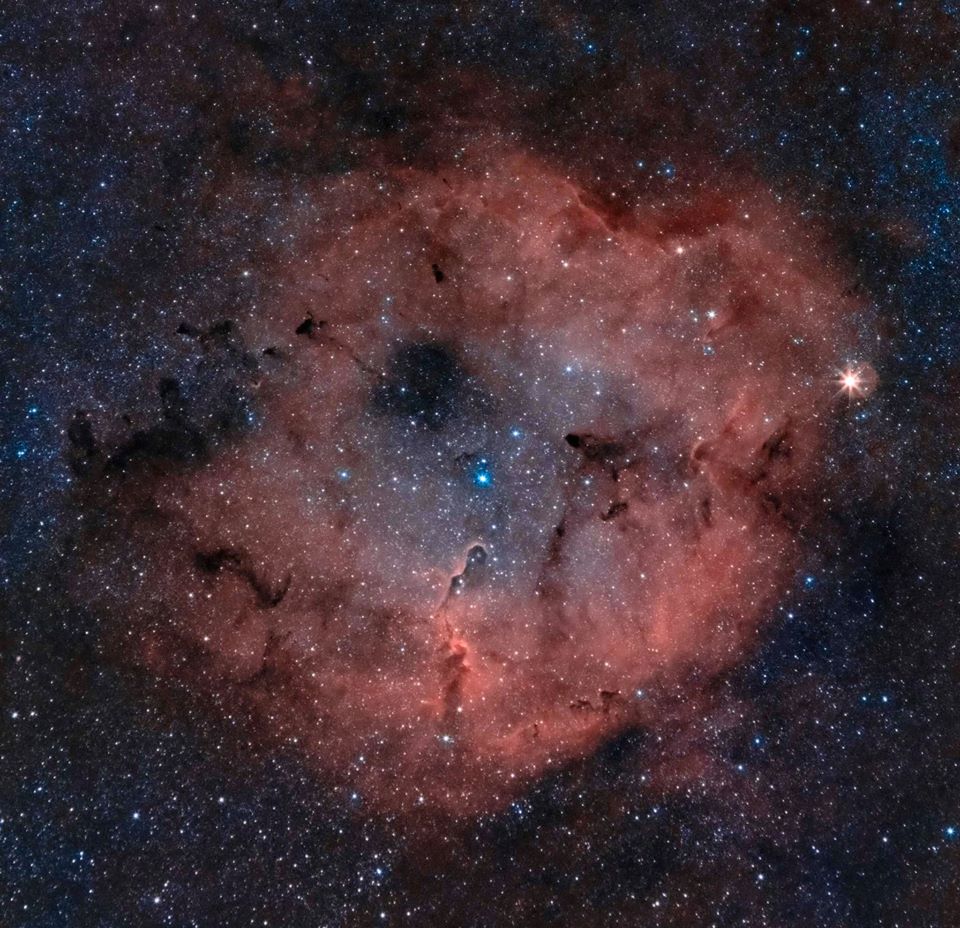 The Elephant’s Trunk Nebula is a concentration of interstellar gas and dust within the much larger ionized gas region IC 1396 located in the constellation Cepheus about 2,400 light years away from Earth. The piece of the nebula shown here is the dark, dense globule IC 1396A; it is commonly called the Elephant’s Trunk nebula because of its appearance at visible light wavelengths, where there is a dark patch with a bright, sinuous rim. 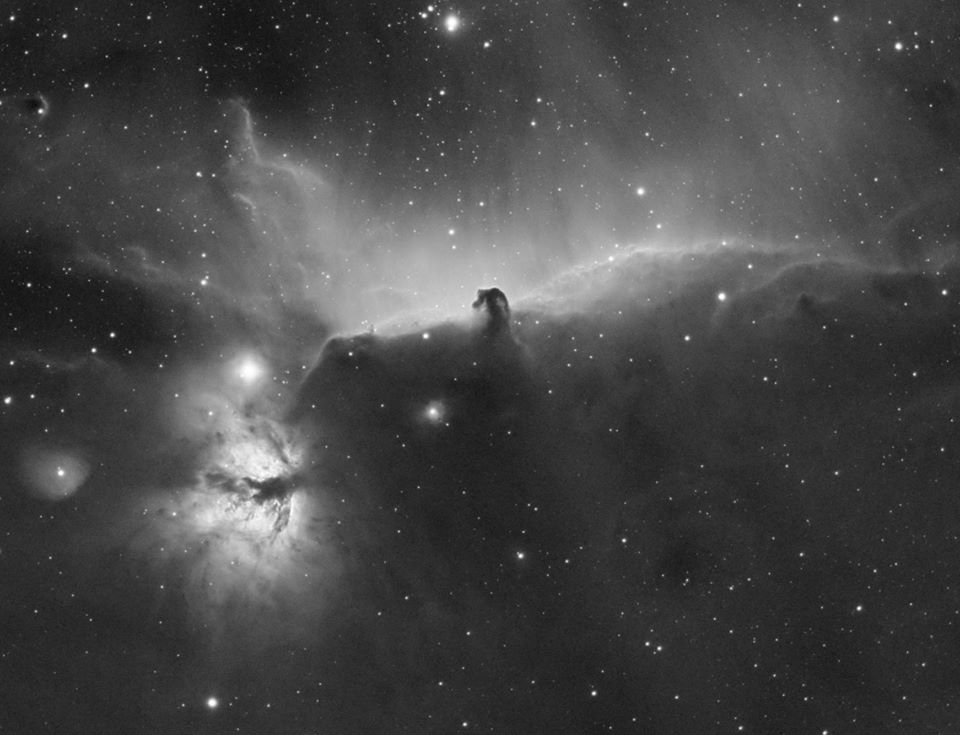 The Horsehead Nebula (also known as Barnard 33) is a small dark nebula in the constellation Orion. The nebula is located just to the south of Alnitak, the easternmost star of Orion’s Belt, and is part of the much larger Orion Molecular Cloud Complex. It appears within the southern region of the dense dust cloud known as Lynds 1630, along the edge of the much larger HII nebula region called IC 434.