Thanks for this opportunity and for the recognition! My name is Andrea Bergamini. I live in Amsterdam, The Netherlands for 8 years now, but I am originally from a small town in Italy, called Bergantino. I have a relatively stressful day job as head of cybersecurity for a large multinational, but this still won’t stop me from practicing my favorite hobby – astronomy and astrophotography. I’m married to my wife Athina, and we have a 4-year-old son. You can see him checking out the Celestron RASA11 in the photo! 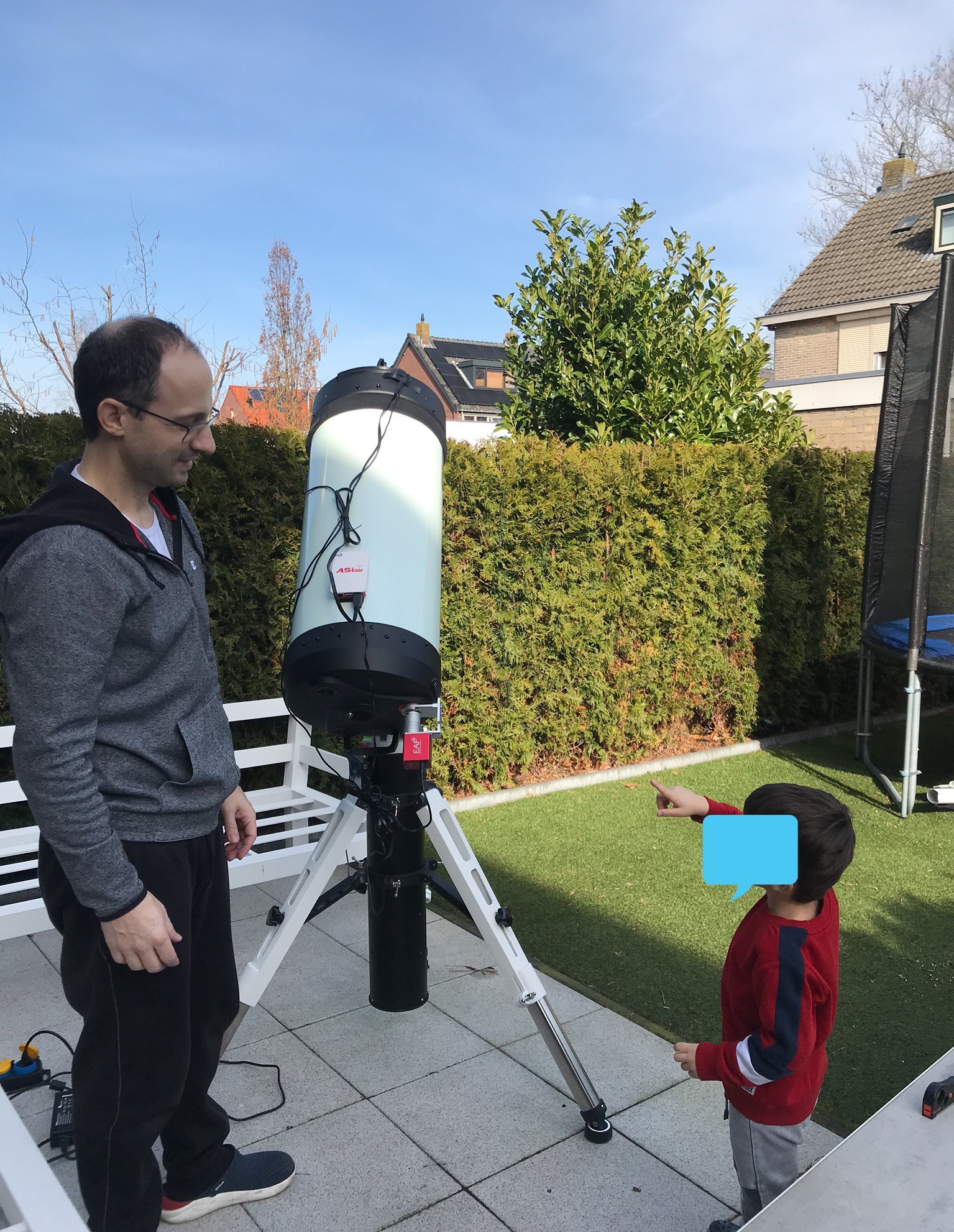 Q2: Why do you love astronomy? What does it mean to you?

I’m passionate about mathematics, physics and astrophysics. I’m pretty sure I’ll do a PhD one day if I get the chance to retire. I started astronomy back in 2012 as a way to connect to that passion in a ‘real’ way. I find that the effort that goes into imaging a deep sky object, drives my curiosity to learn more about it, and the universe in general. Being out there, in remote, dark locations, is also very humbling and a chance to self-reflect and put things in perspective. We really are small, compared to it all. 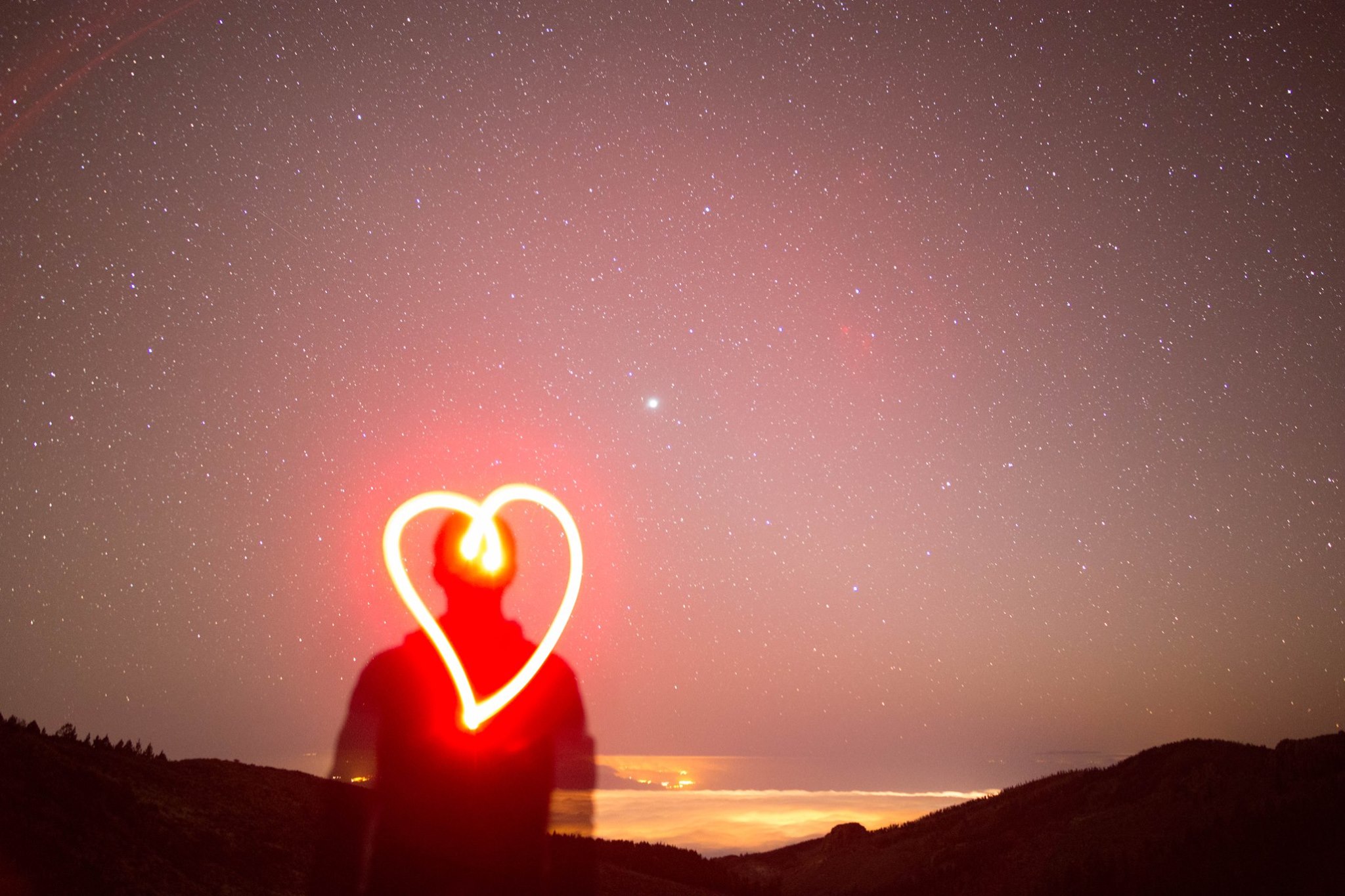 Q3: What gear do you use for astrophotography? Any pictures of them?

I started small and light, with a William Optics Redcat51 and ZWO ASI294MC Pro. This was my first astrophotography setup. Over the years I also owned and used a Celestron NexStar 6SE and a Celestron RASA11 with ZWO ASI533MC Pro and others. Right now I moved to a hosted remote observatory, with two piggybacked telescopes, shared with a colleague of mine. For galaxy / small nebulas, I use a Teleskop-Service Ritchey–Chrétien 10” telescope paired with a ASI294MM Pro, filters, wheel, autofocuser. All ZWO! For wide-field, I use a William Optics GT71 paired with an ASI1600MM Pro. All mounted on a Paramount MX+ and hosted at e-Eye in Spain. 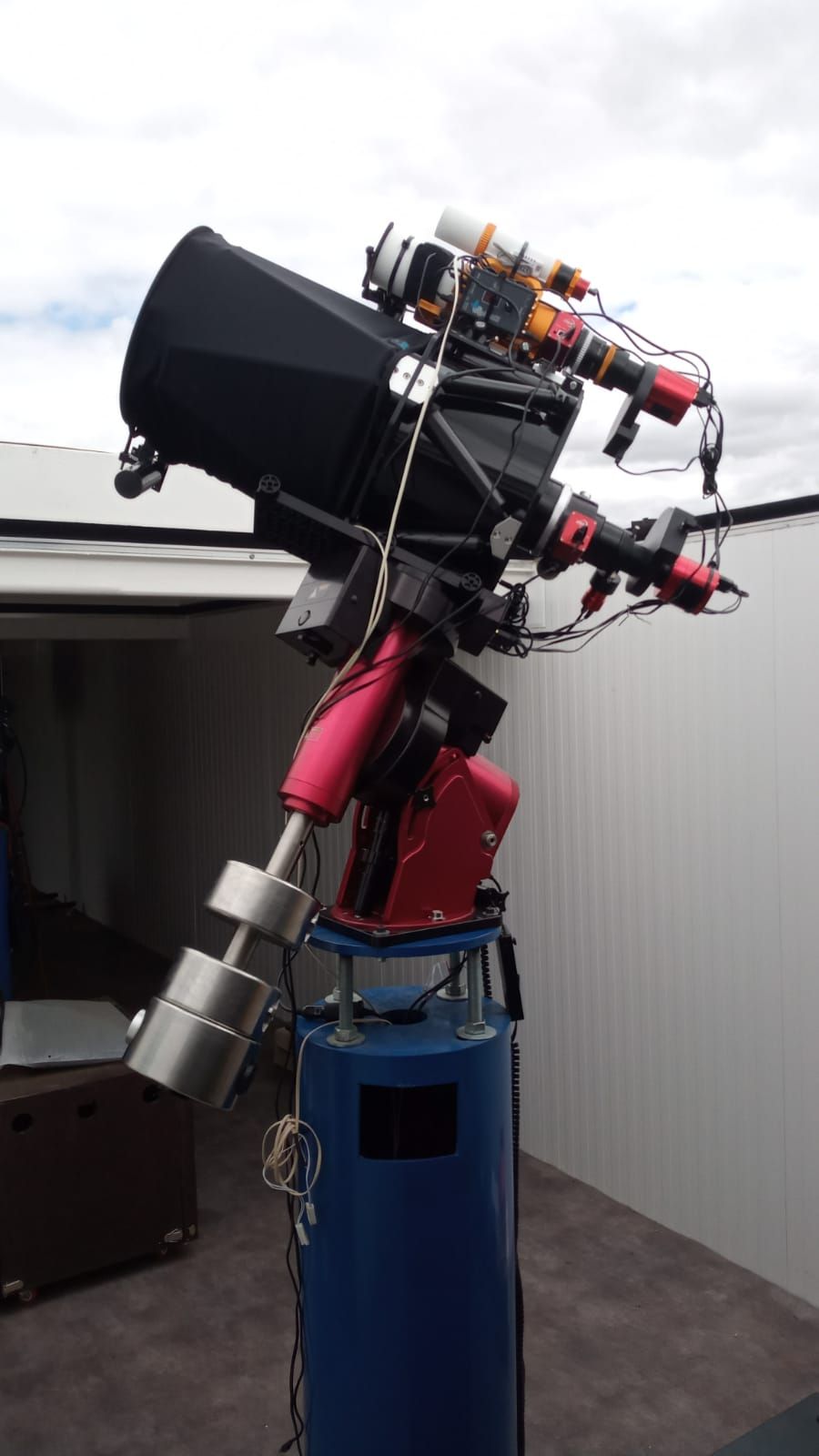 My remote observatory in Spain at e-Eye. Fully automated and controlled from my Dutch cloudy skies.

Q4: It seems that all the pictures you posted on you Instagram is DSO images, why not planetary images? Does DSO imaging mean something to you?

I do occasionally take lunar, planetary and even nightscapes pictures. You see some examples here in the article. DSOs have initially felt ‘out of reach’ for me, for so long. From 2012 to 2019, I didn’t own any astro-camera, I did not have a modified DSLR. My DSO pictures were very disappointing. You should see my first M42/Orion nebula picture! A blur. So now that I feel I learned how to give them justice, they’ve become my main focus. There is so much to photograph out there! 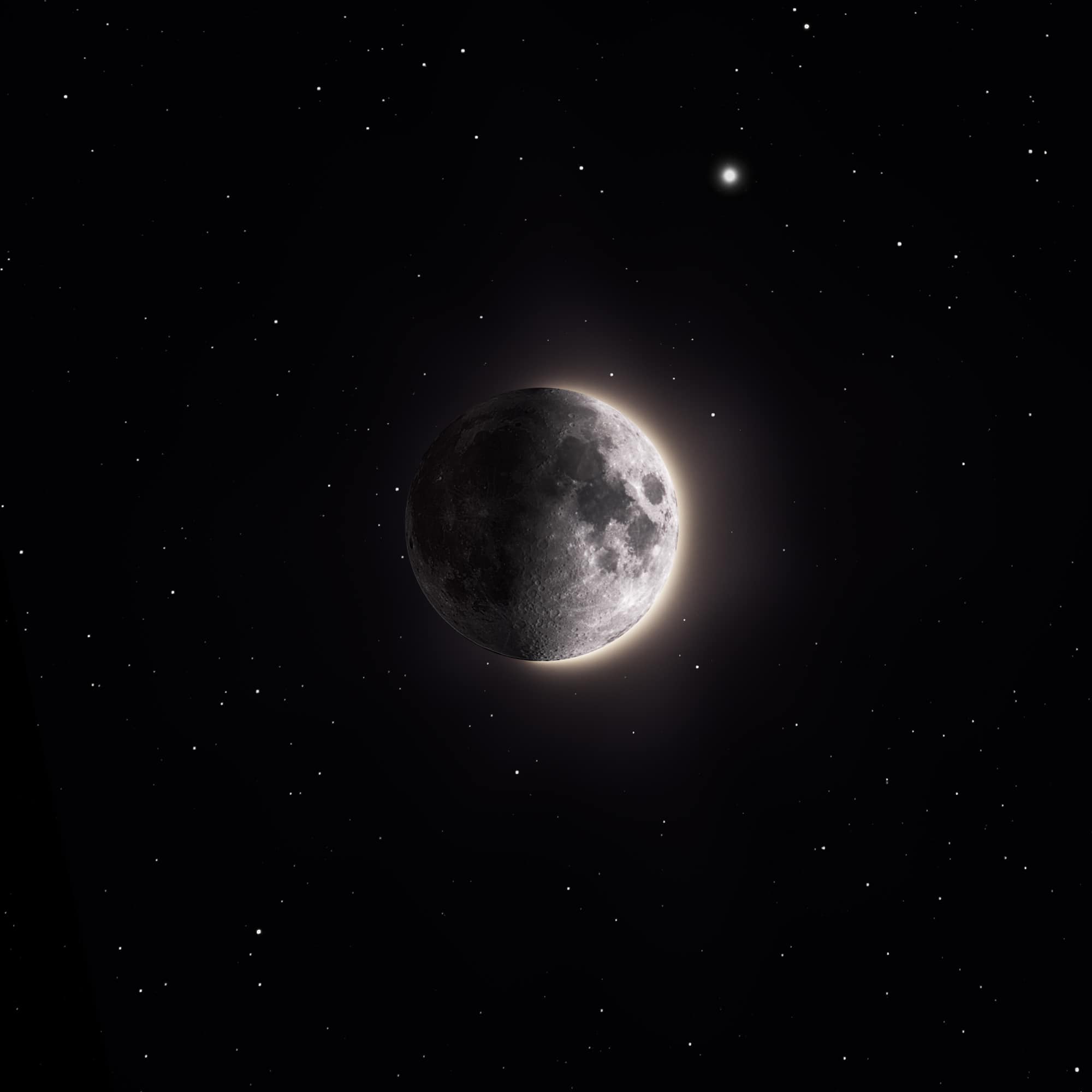 A lunar HDR composite of 3 shots, crescent and full moon, blended with a night sky photo I took. All with WO Redcat51, ASI294MC Pro.

Q5: Your ASIWEEK image “Trifid Nebula” was outstanding! How did you capture it?

Thanks! The Trifid/Lagoon nebula was my first DSO which I captured with the Redcat51 – ever since, I’ve wanted to take a closer look. I captured it using the TS RC10” telescope, with a 0.8x reducer. Paired with the ZWO ASI294MM Pro and its ZWO LRGB filters. I chose LRGB because I like the ‘natural’ colors, compared to the more yellow narrowband version. This was only about 5 hours of data – it goes to show the power of a truly dark sky. The biggest challenge in processing it has been reducing the stars without introducing too many artifacts, while also sharpening some of the darker nebulosity. 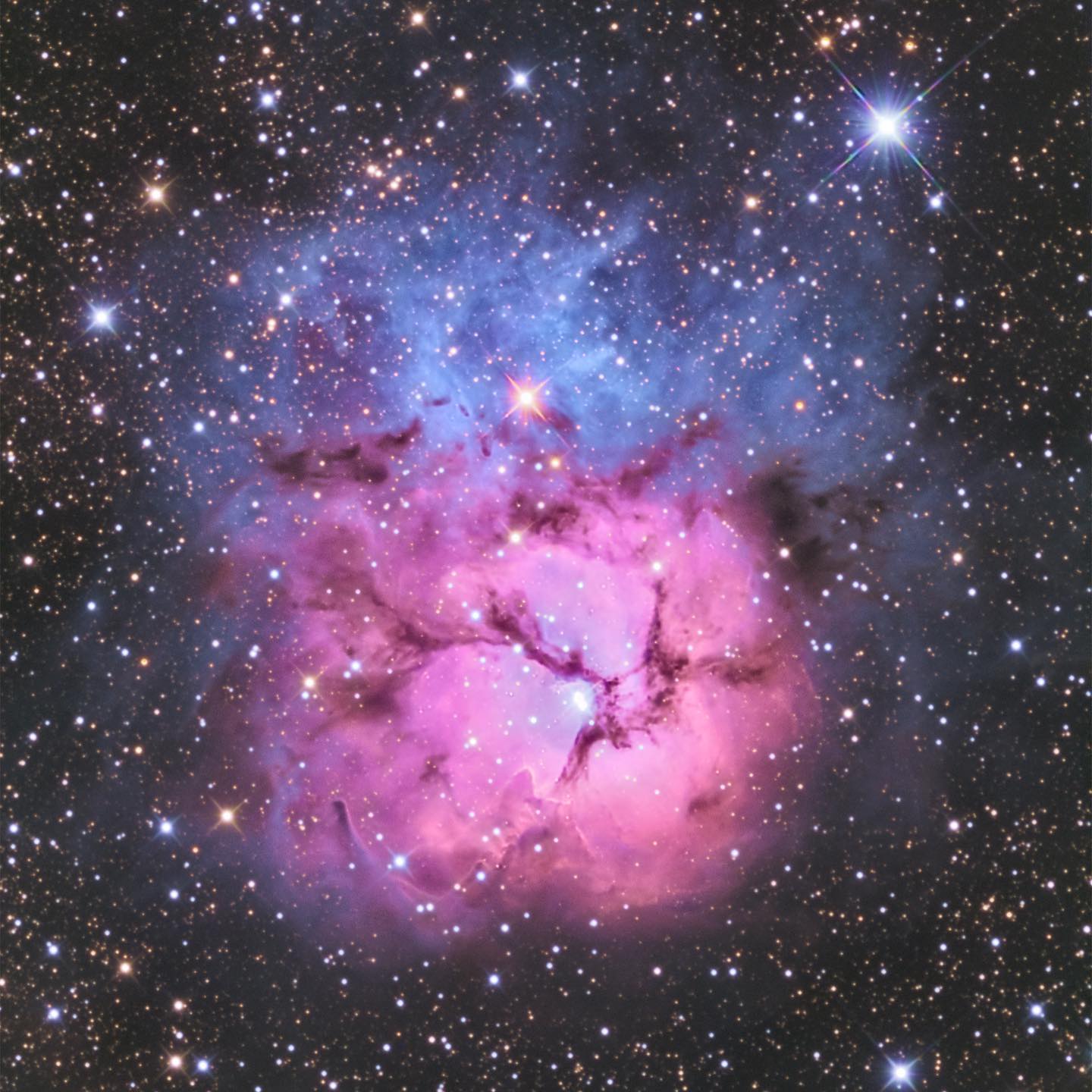 Q6: What do you think is the most difficult part of DSO imaging? How did you get through?

I am for sure still learning. DSOs are delicate objects – it starts with making sure you gather quality data, and as much of it as you can. I tend to reject a lot of frames, even 10% of a given night, if I see the stars are not as round or sharp as they should be. Remember – garbage in, garbage out. In terms of processing, I find handling the stars themselves is the most difficult part. You want to be able to process ‘around them’, sometimes minimize them. They reveal any tiny mistake or artifact. Even the Trifid picture is far from perfect in that regard if you look closely. 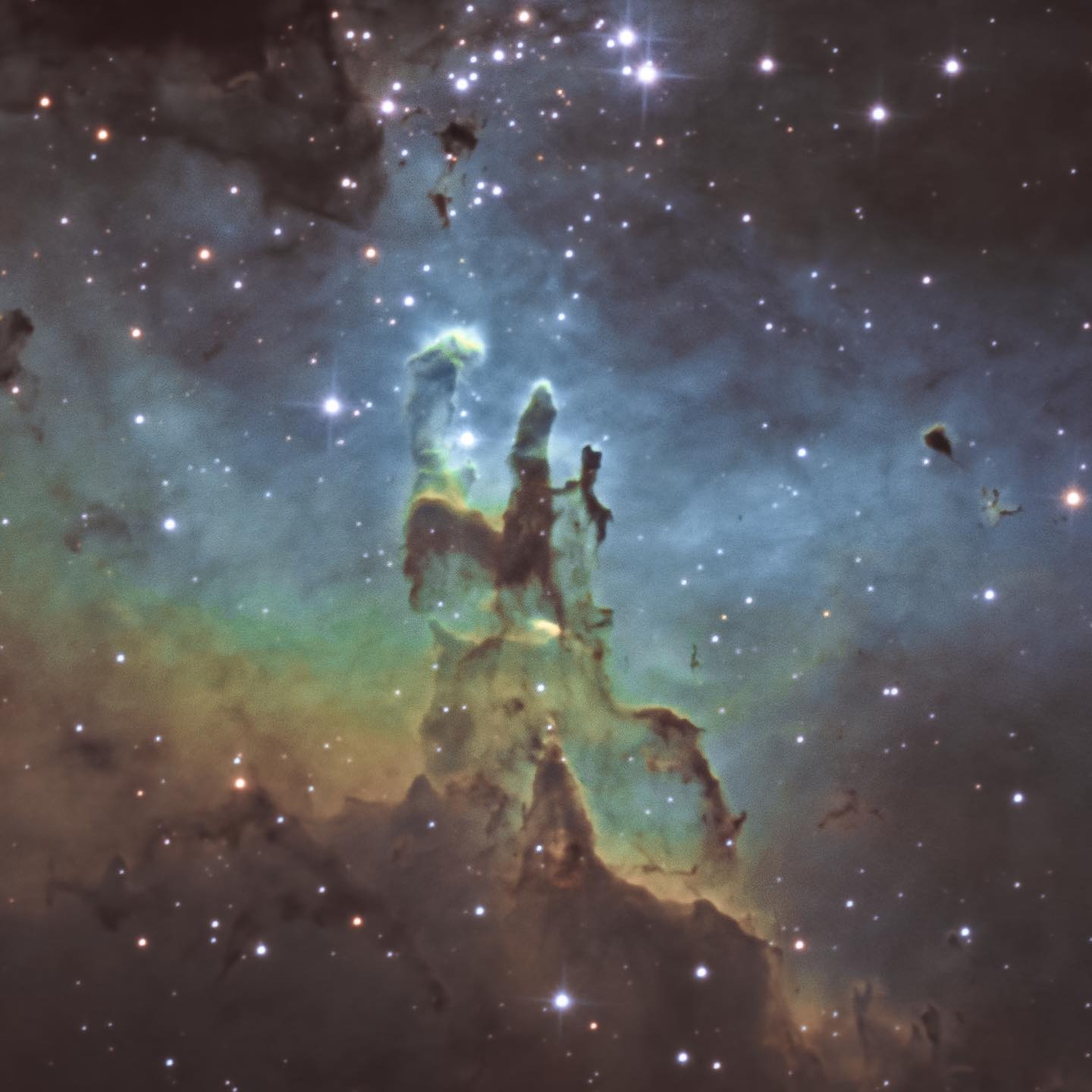 Q7: Does your family join you when you take astrophotos?

Sometimes. My wife and I are both science nerds that work in related fields, so she has for sure an appreciation for the science and engineering behind it. And a truly dark sky, like the one that we experienced together on the top of Mount Teide in Tenerife (see pic), leaves us all breathless. Once my son grows up, you can bet he’ll get to experience it too. However, for the most part, she loves that I love it. And she quietly and patiently tolerates that I lug around heavy expensive equipment in our luggage, on pretty much all our trips! 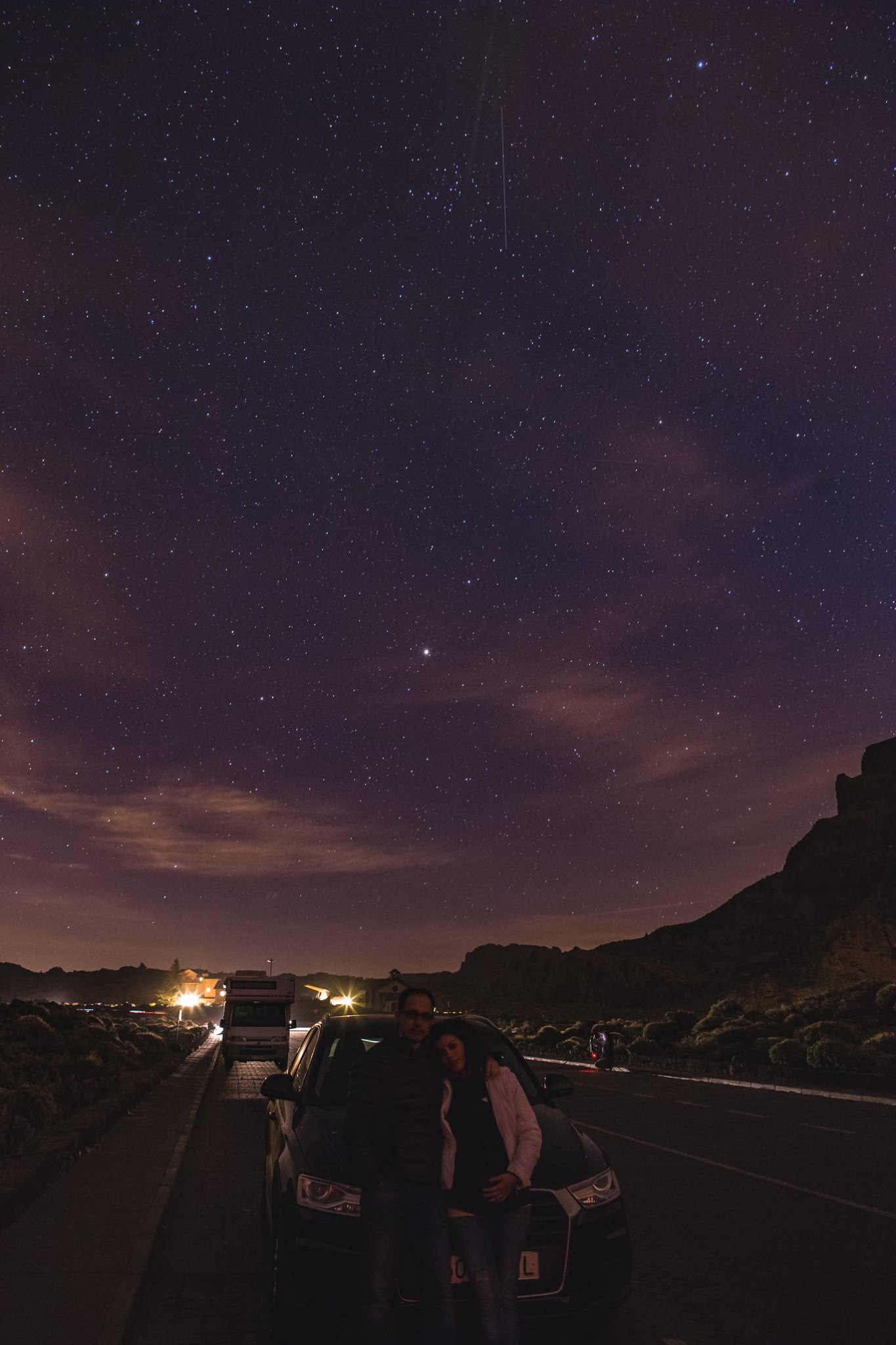 Q8: Do you usually travel to dark places to take photos of the night skies? If so, is there any unforgettable story that you can share with us?

I take photos from wherever I can. Home backyard in Bortle 8, own remote observatory in Bortle 3, and I always bring at least a small refractor during any travel I make. I am fortunate that we have family in beautiful locations, like the dark skies in Peloponnese Greece. I do have a story – in one such trip, I was alone in Tenerife, where I randomly bumped into a former colleague traveling with his family. We went up the volcano, and I took a portrait of them under the milky way. That former colleague passed away. And that time together under the stars remains one of my most cherished stargazing memories. 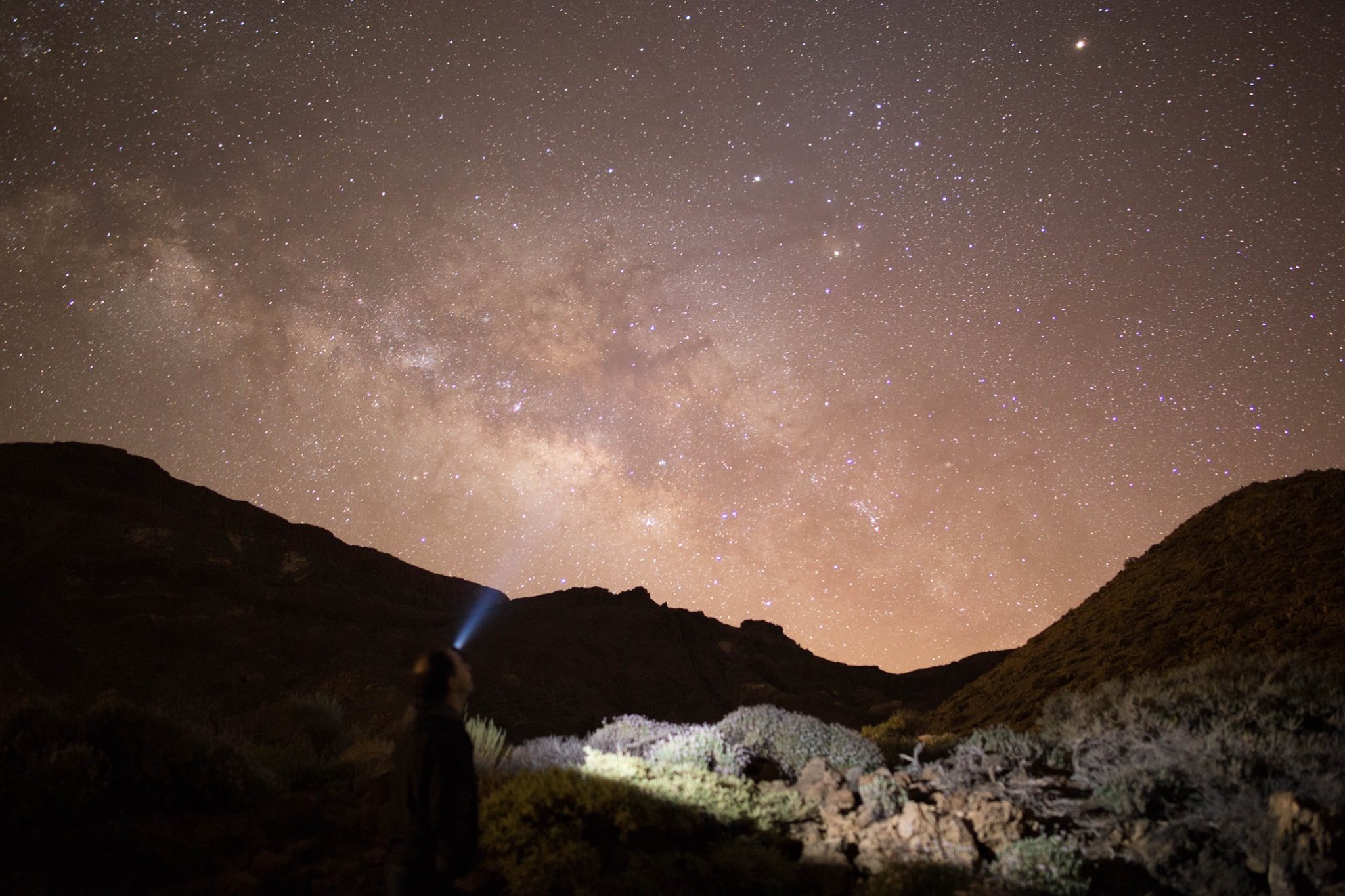 Q10: When did you begin astrophotography? How do you learn all the astronomical knowledge? Do you have a teacher or…?

I dabbled in astrophotography since 2012 when I was mostly focused on visual astronomy, but it was slow and mostly opportunistic till 2020 came along. Early on, I learned a lot from attending Astrocamps and a UK-based crew called “The Baker Street Irregular Astronomers”. And also helping out as a volunteer at Hampstead Observatory. More recently, I’m an avid reader of online and Facebook-based forums, including ZWO ones! I also now partner closely with a colleague of mine with our joint remote observatory – he is a hard core engineer, and I’m learning quite a few things in relation to data acquisition and operating our equipment. 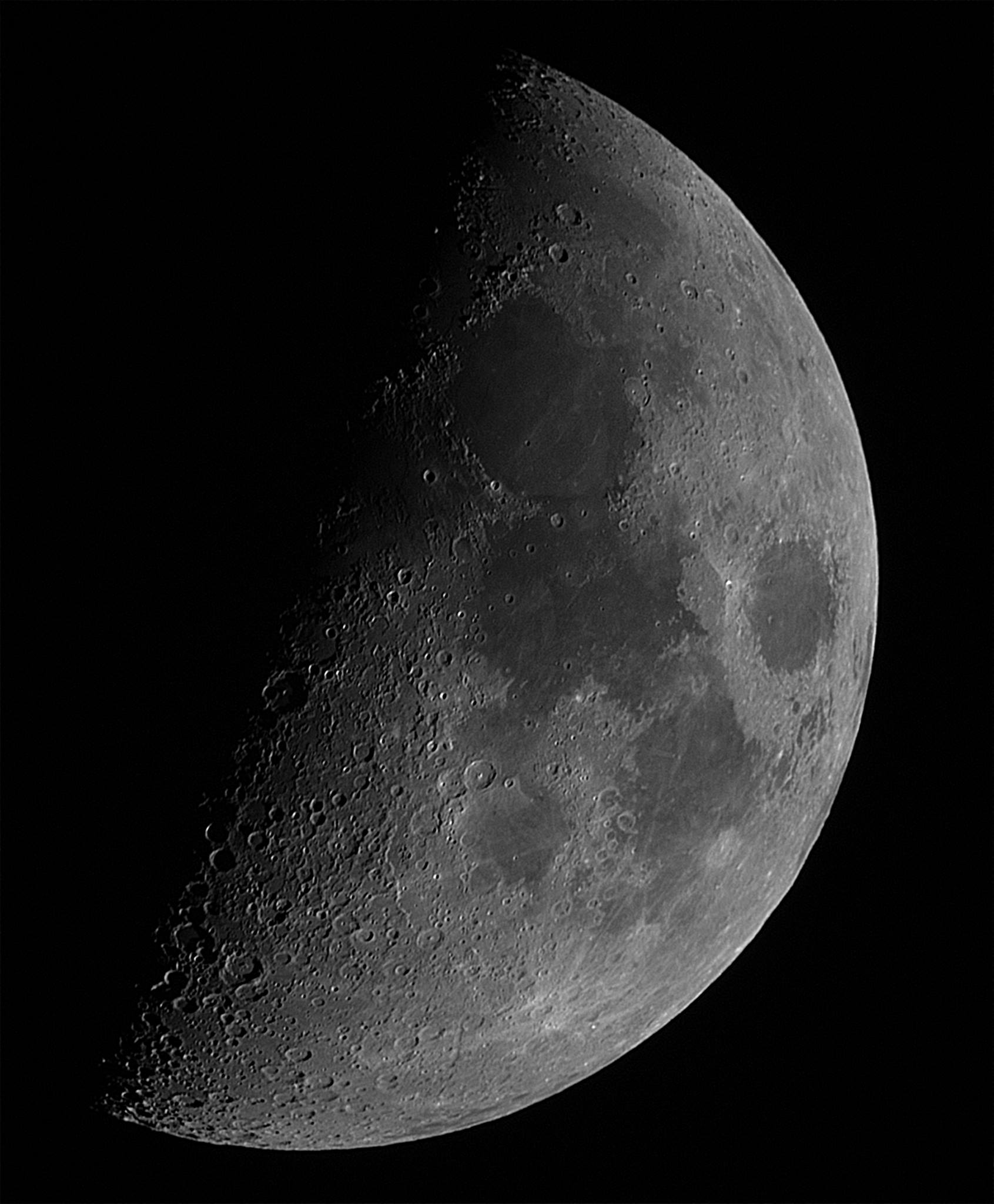 Q11: Is there anything you wish you knew back when you started getting into astrophotography?

Jokes aside, I wish I had taken the time early on to learn more about how to get the most out of the equipment, instead of just trying to apply daytime approaches to night time photography. I wasted a lot of time like that, with bad results. Example: using a Canon lens at F12 (!) because I thought I was ‘zooming in’ on Andromeda, but ended up with a slow lens setup that did not gather much data at all. Astrophotography *is* a technical hobby. You need to know your instrumentation and their limits. Online resources and great gadgets like ZWO ASIAIR are changing the game and making this hobby much more accessible. In fairness, I think this hobby is taking too large a chunk of my current spare time. I need to find a better balance between this passion, and spending focused time with my family. The data acquisition side, especially with the remote observatory, is now streamlined. But image processing is time consuming and slow. I blink and 3 hours have gone by as I kept tweaking some deconvolution parameters! Between work and astrophotography, work always takes priority. Thankfully I’m a night owl – I can do most of my astro stuff when everyone is long asleep. Q13: How many ASI cameras do you have? What was your favorite ASI camera?

I use several. Main cameras, guiding and planetary. ASI533MC pro, ASI294MM Pro, ASI290MM Mini, ASI1600MM Pro (from my colleague), ASI224MC. I’m a big fan of the ASI294MM Pro we use on the RC10. The sensor is clean, sensitive and the perfect size for the targets I focus on. The Bin0 mode is great to tease out details on luminance frames. 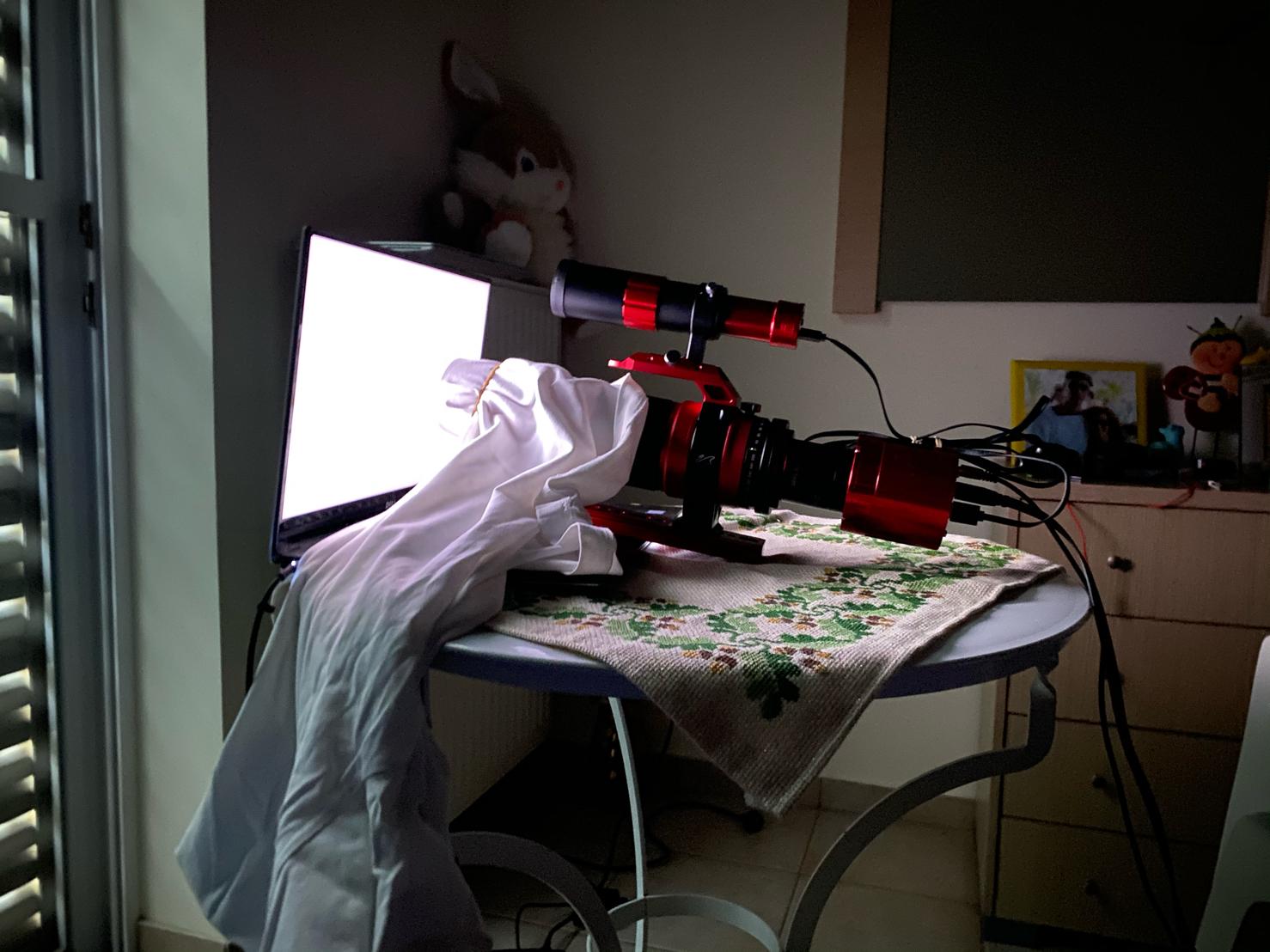 Taking flats for the ASI294MC Pro camera. Since then, I moved on to taking Sky flats.

Q14: Do you have any suggestions or feedback to us?  Feel free to say it.

Keep innovating as you are, and listening to the amateur astrophotographer community. It’s your differentiator. ZWO ASIAIR is an amazing product! As you continue to rapidly iterate it and evolve, consider having a trade-in offer in place. 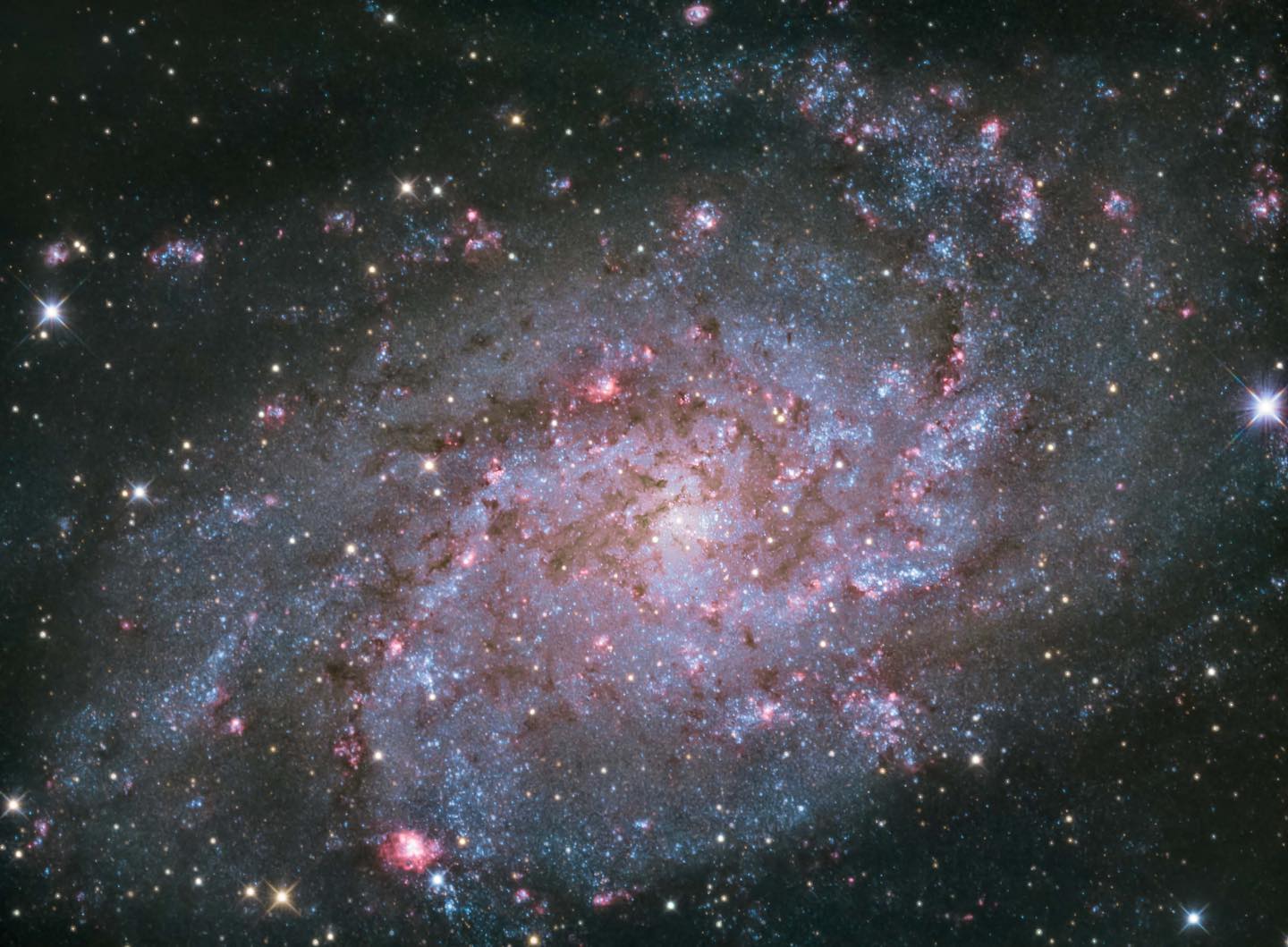