Carlos Alberto Palhares is the winner of ZWO 2020 ASIWEEK #37. His work “Mars Occultation” is a really cool and impressive shot on the Moon. To know how he captured the image and how he started astrophotography, here we made an interview with this great astrophotographer:

Hello astrophotographer friends! My name is Carlos Alberto Palhares, I’m 41 years old and I live in Brazil. I remember when I was a boy, trying to find the main constellations in the night sky with an old atlas in hand, so I think I’ve always been an amateur astronomer! Also, as I am a photographer’s son, I always liked to record everything in images. 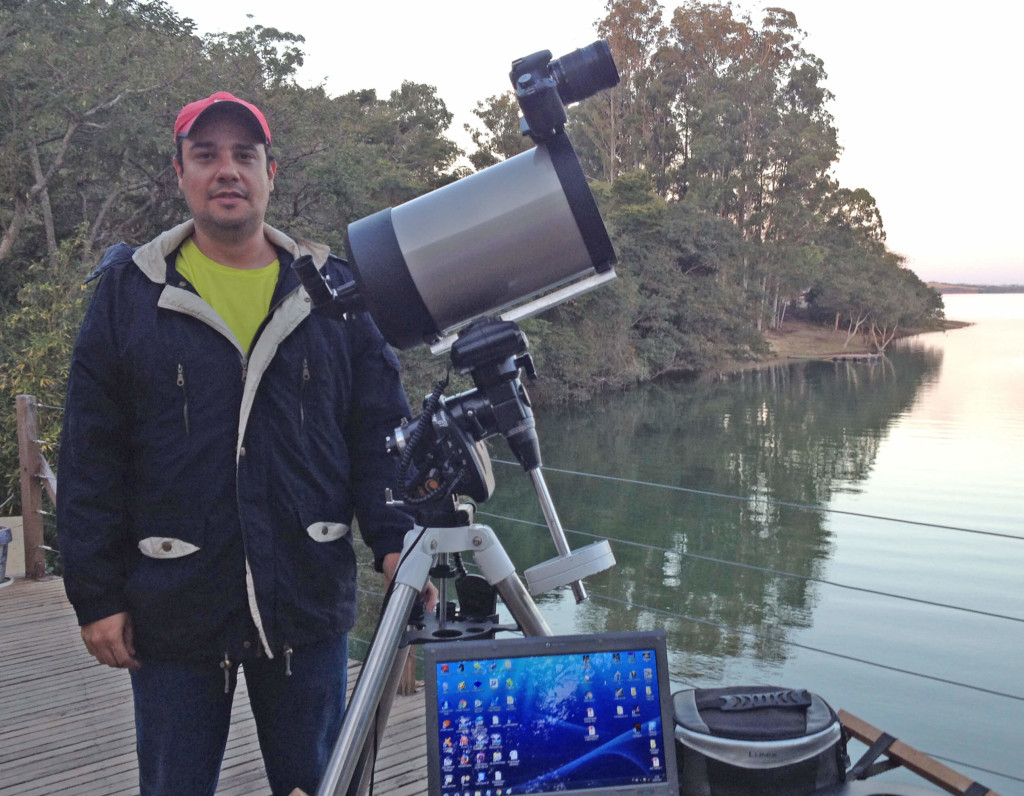 Here I’m in a trip, playing with the Canon in piggy back.

Q2: On a scale from 1-10, how much would you rate your obsession with astrophotography?

I think it’s 7. I am not very obsessive, but whenever I can I go to the observatory to take some pictures, mainly planets, but I like to do a little of everything, like comets, asteroids, wild field, everything I can have fun. 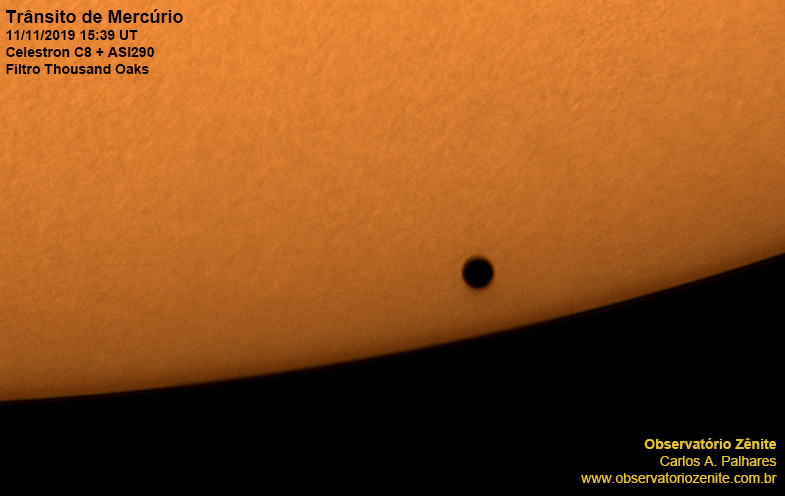 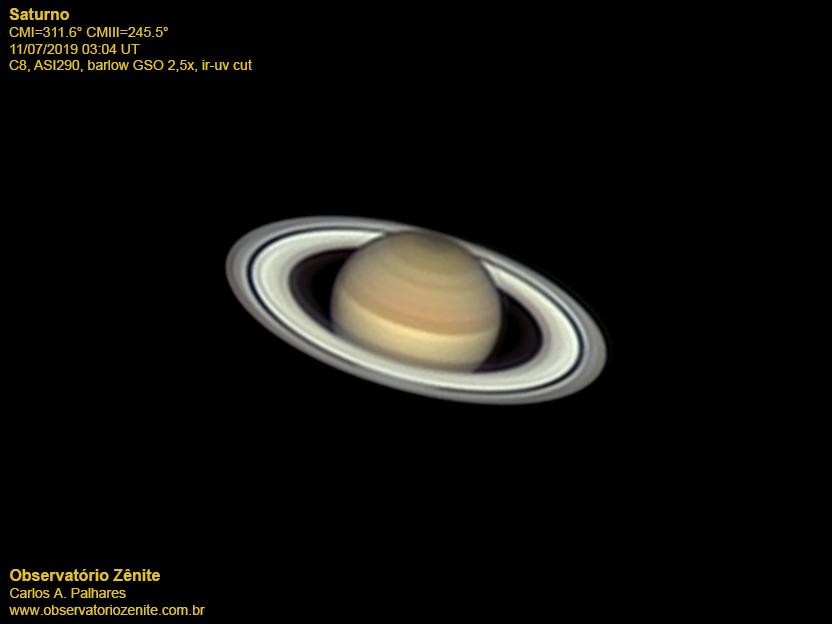 Q3: What equipment do you use? 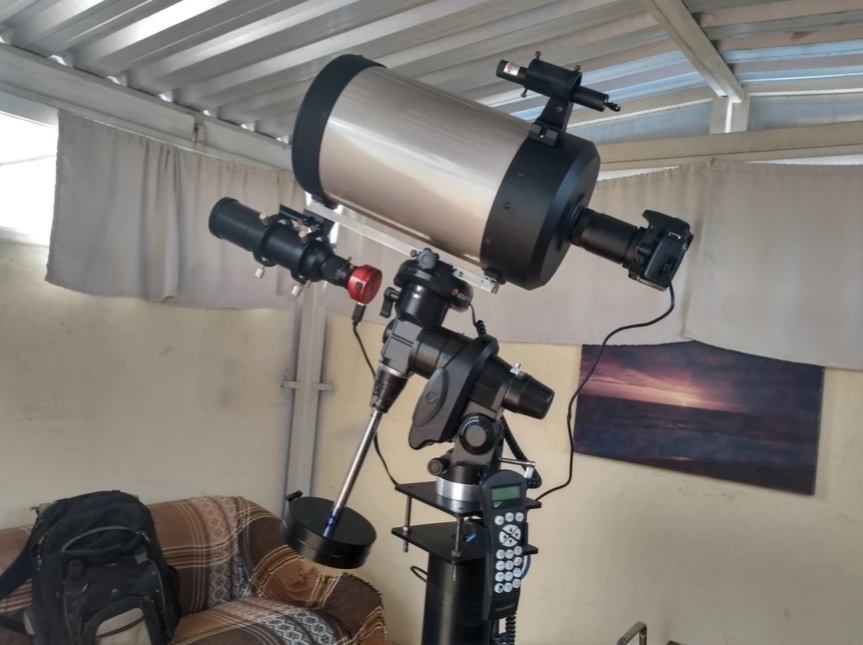 Q4: What type of telescope would recommend for planetary imaging?

I love Schmidt-Cassegrain (SCT) for planetary and lunar images because they have a long focal distance and short tube. I’m using a C8, it’s very versatile scope. 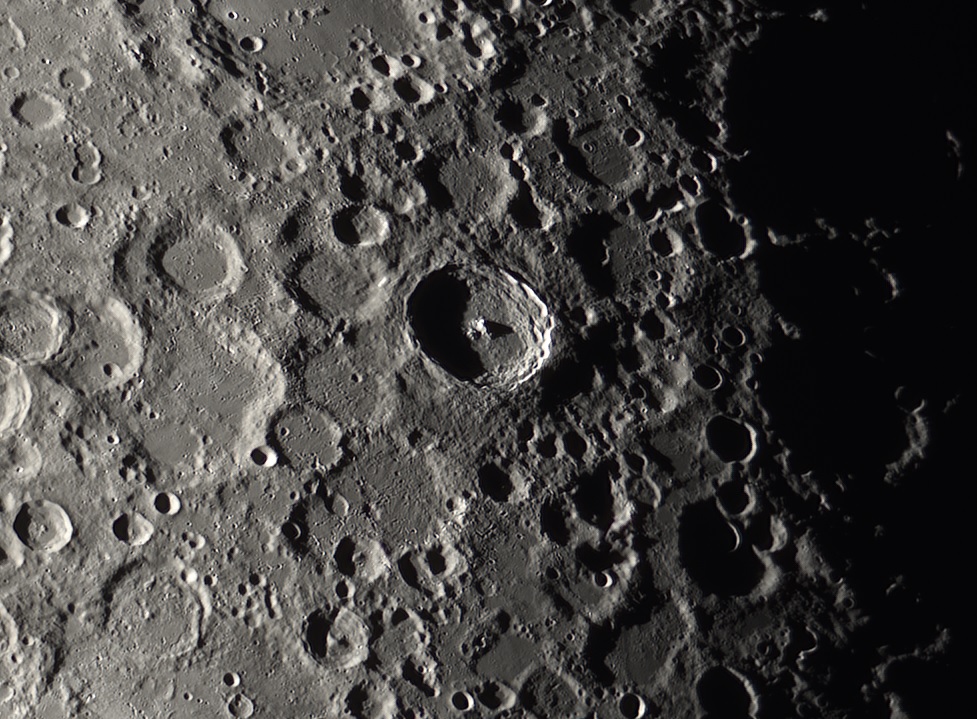 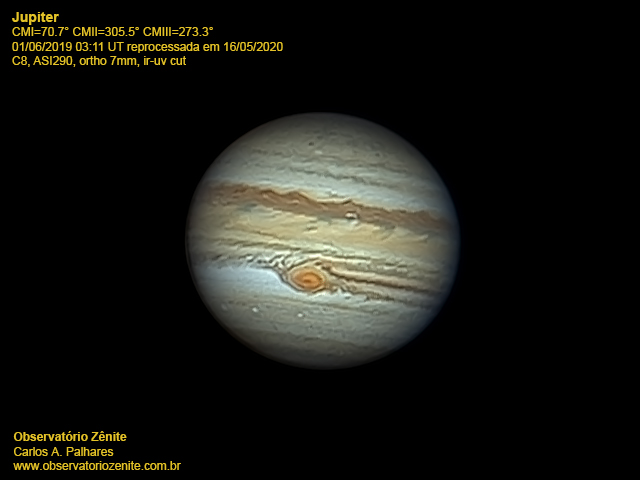 Q5: It is not common to see an image like your “Mars occultation”, could you please introduce more info of it to us? What is Mars occultation? When and where did you capture it and how?

As the Moon navigates around the Earth in its monthly orbit, it ends up passing in front of stars and planets. It is a rare natural phenomenon where the Moon covers the planet for a few moments. This occultation of Mars by the Moon occurred on the morning of 08/09/2020, Father’s Day here in Brazil, exactly at 5:38 am, local time. I was traveling to visit my parents in “Sítio Caburé” at São João del Rei city, so I took my equipment exactly to record this moment. This picture was taken using Firecapture and ASI290 mc, 1700 frames were captured in 40 seconds of video, 1000 of them were stacked in AS!2, processed in Registax 6.0 and finished (histogram, color balance and captions) in Photoshop CS. 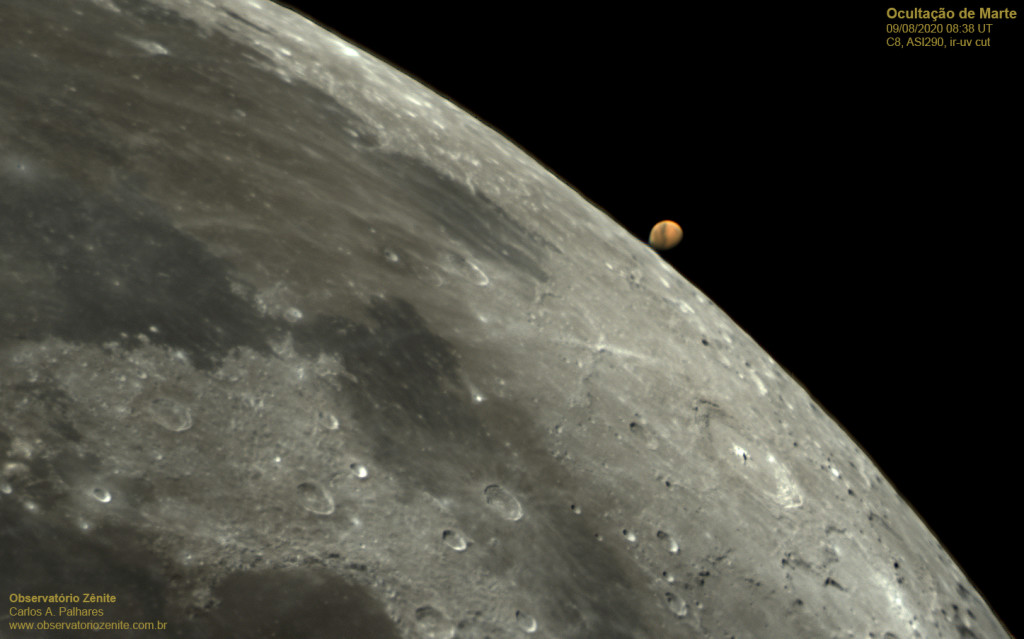 Q6: Did you also captured the comet Neowise recently? It was a real hit!

Yes, I captured the Neowise with an 85mm and 250mm lens, but I also captured with the C8, both with the Canon T1i, but here in the southern hemisphere he was a “regular” comet, he didn’t show all that beauty that charmed everyone in the north. 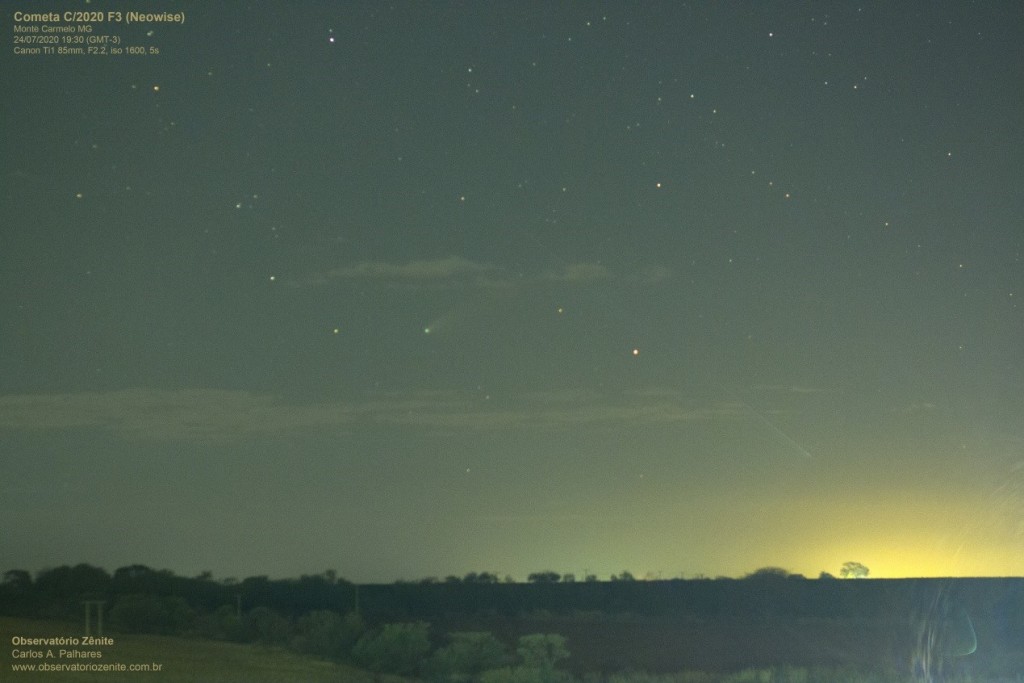 Q7: Do you have a personal observatory or dome for astrophotography? If you do, would you mind sharing us some images? 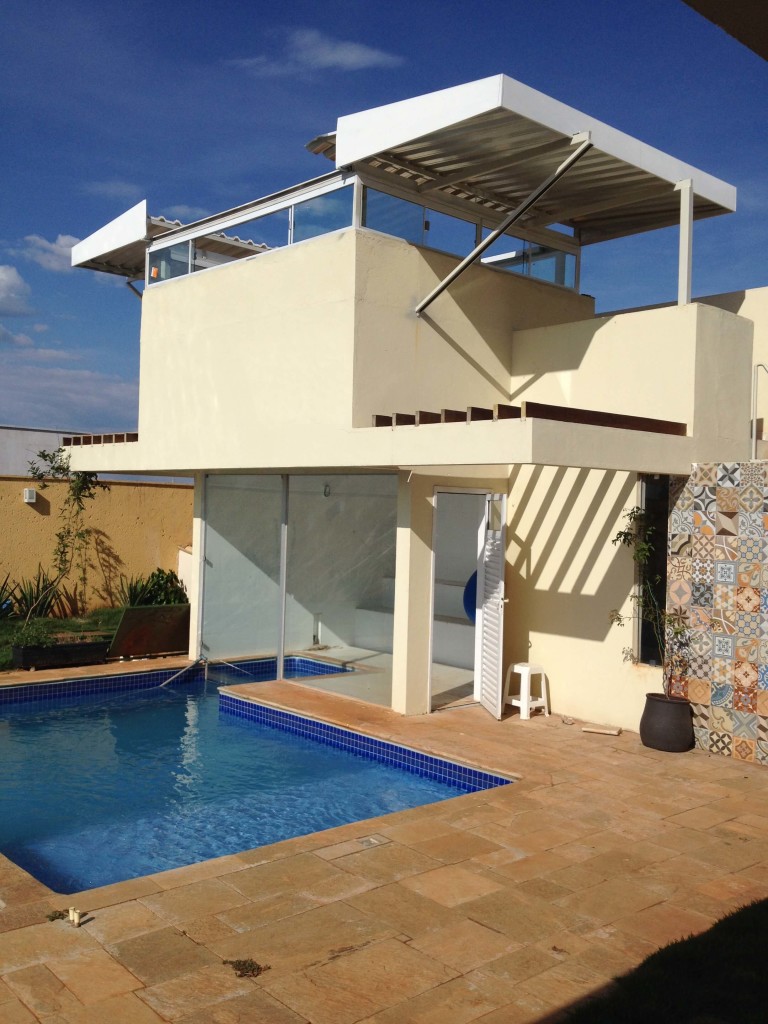 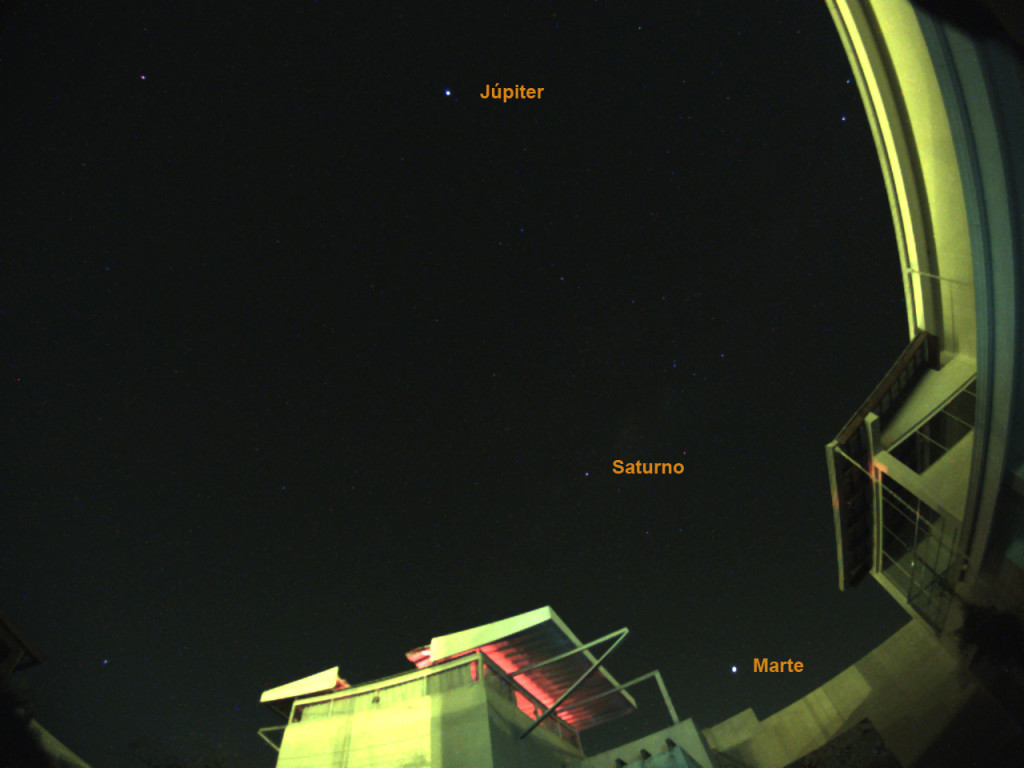 Q8: What do you think astrophotography has brought you during these years?

Astrophotography is my therapy! It is here at the observatory that I find myself as an astronomer, I have a lot of fun and I can contribute a little to science. 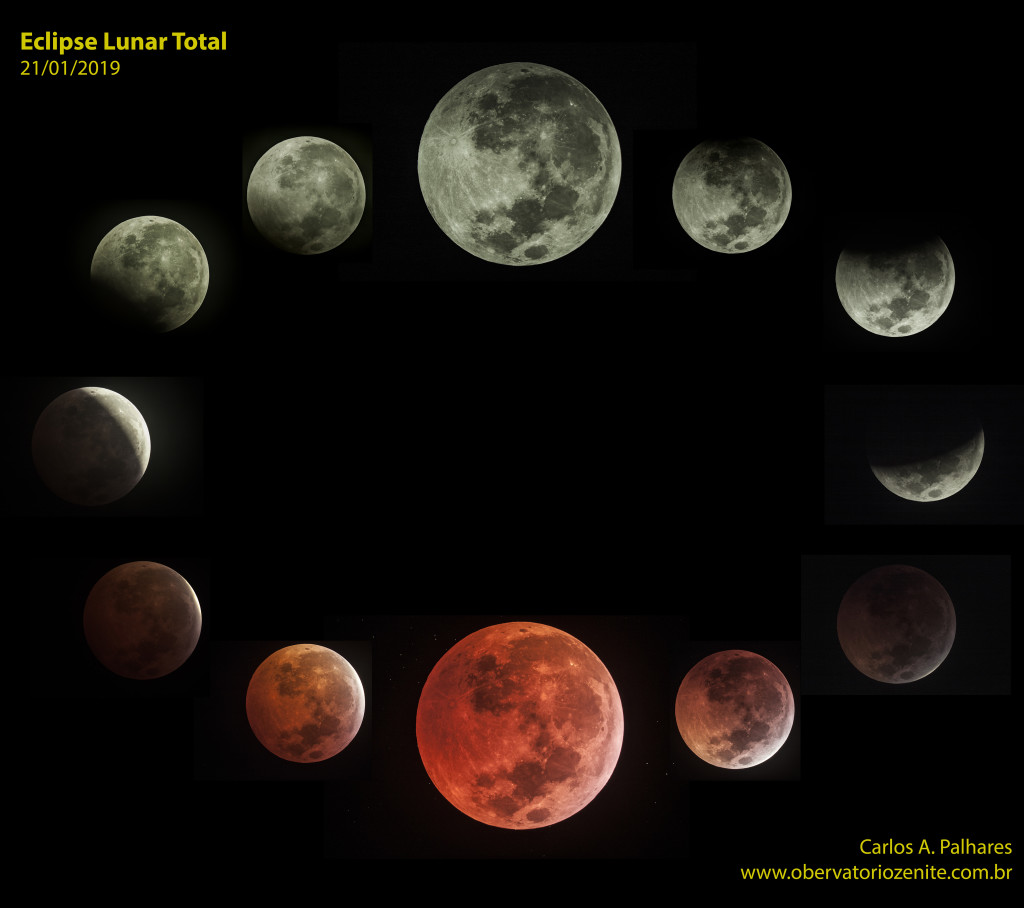 Q9: Do you think your skills have been improved a lot since the first time you tried taking an astrophoto?

Sure! This is cool in astrophotography, we are always getting better, year by year! Things are not easy here in Brazil, taxes are very high and access to good equipment is very difficult, so we try to minimize this with a lot of dedication and information exchange among friends.

Q10: What project are you working on now?

As a planetary astrophotographer, I am studying image processing, I think this is a point where I can improve a lot. Also I’m very interested in a cooled camera for improve my DSO images. Q11: When did you know ZWO? What’s your first ASI camera?

I got to know ZWO when I realized that I needed a better camera for planetary images, at that time I still used a modified webcam. So I bought a used ASI120, it was still the old model with USB 2.0, after that I bought an ASI120 with USB 3.0 interface, this was already a big step forward because it improved the capture speed (consequently a greater number of frames captured). Since 2019 I have been with ASI290, which is wonderful! 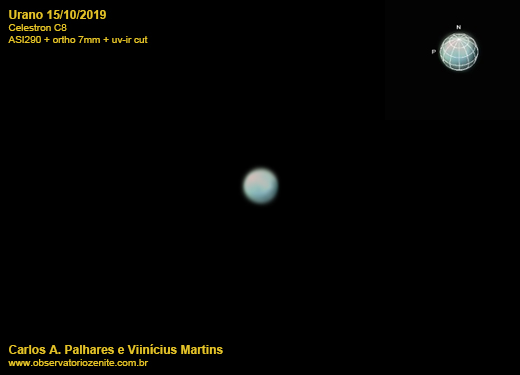 Q12: What parameters do you care most when buying a planetary camera? And DSO cooled camera?

For a planetary camera, the idea is to have the maximum number of frames captured in a short period of time, so speed is the key point. Of course, the noise rate must be as low as possible and it must also be a camera sensitive enough to pick up fine details. That’s why ASI290 is so good, it has it all! I don’t have a DSO camera yet, maybe next year! Q13: One last question: what feedback or suggestions would you like to tell us?

I can safely say that using a dedicated ZWO camera was the main step I took to get the images I get today. If you want to do it well, you need to use the right tool.