Q1: First of all, could you please give us a self-introduction so that we can know more about you?

My name is Christophe VERGNES, I am 40 years old and I live in a small village in Lorraine, France. I work in Luxembourg, as a Robotics Technician. I am passionate about astrophotography and motorsport.

These are two very different passions, but for me they complement each other: adrenaline with motorsport and the calm and wonder of astrophoto nights. 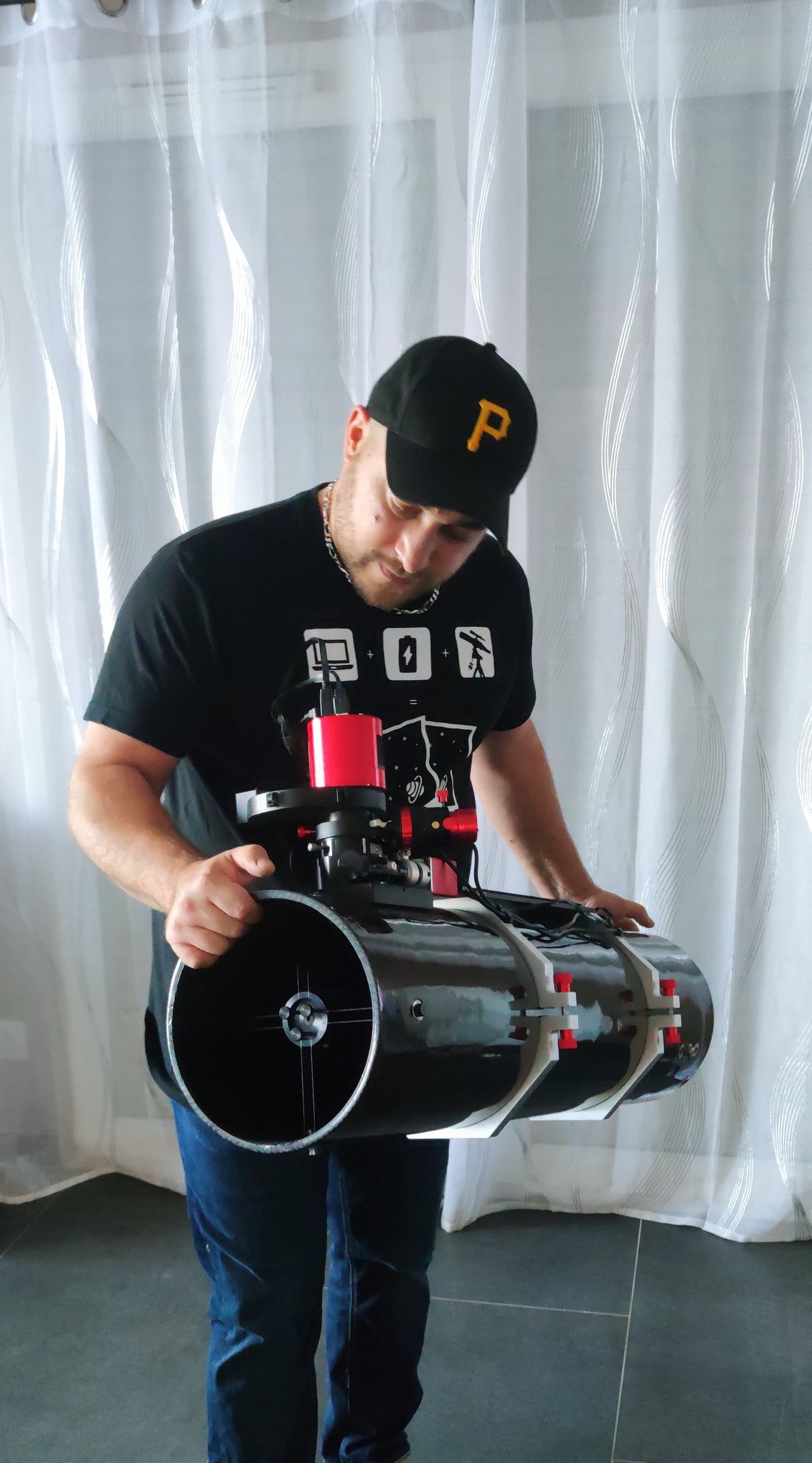 Q2: What makes you become an astrophotographer and how long have you been?

After moving to the countryside 7 years ago, I discovered a fascinating starry sky there, which made me want to buy a telescope.
In the spring of 2022, I took the plunge and bought my first telescope, a Newton 200/1000 on an equatorial mount to do observation and try deep sky photography. 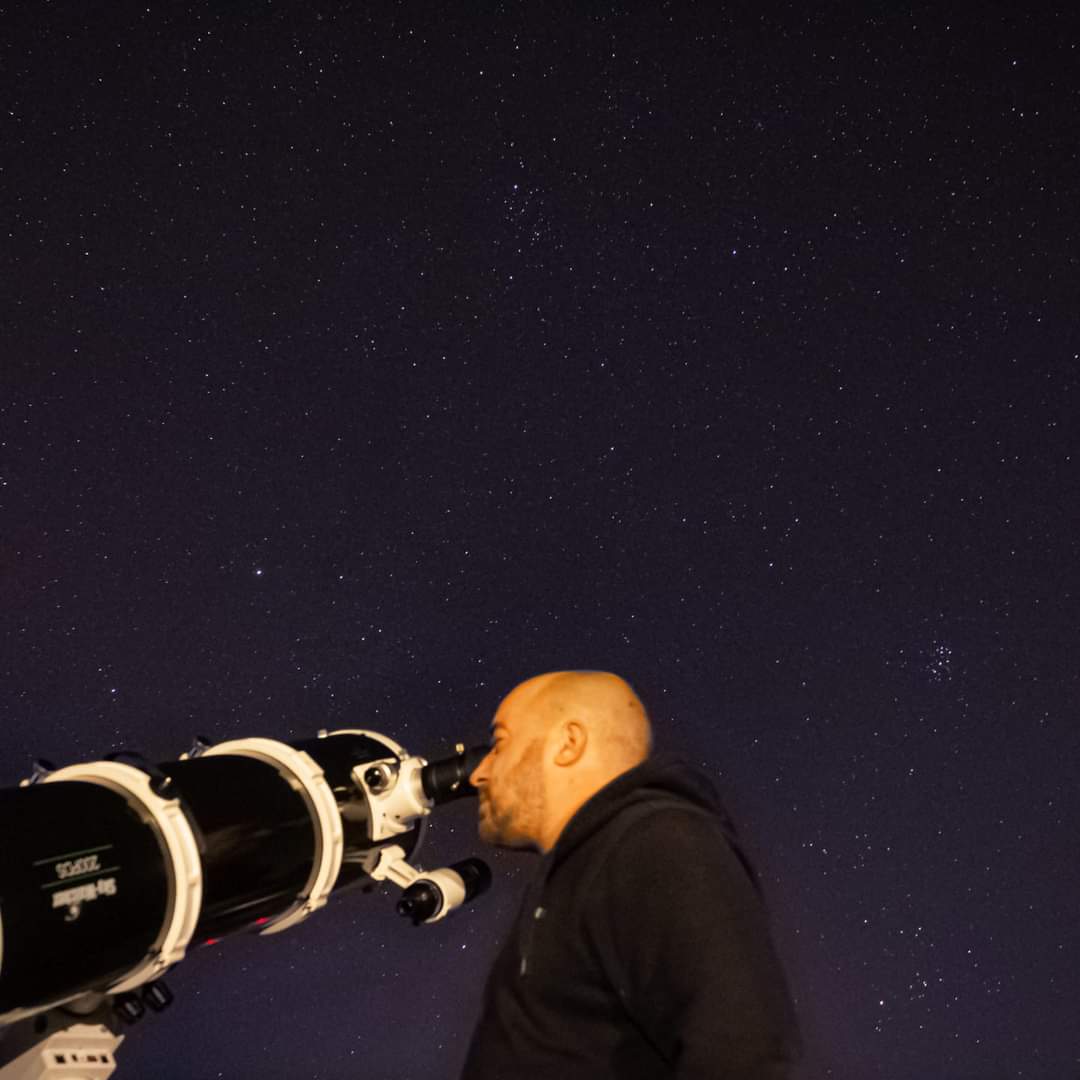 After several weeks of observing and some great emotions with Saturn, Jupiter, and the moon, I decided to mount the family camera on the telescope, a Canon 700D, and cast a 30 second exposure. It was a click for me.

Q4: We all know that astrophotography is a very difficult hobby with a very high threshold, so how did you overcome the steep learning curve?

I have frequently found that this passion was very difficult, both in time and in learning each step, from setting up the mount to processing the image. Not knowing anyone who practiced astrophotography, I had to learn on my own with video tutorials and on forums. 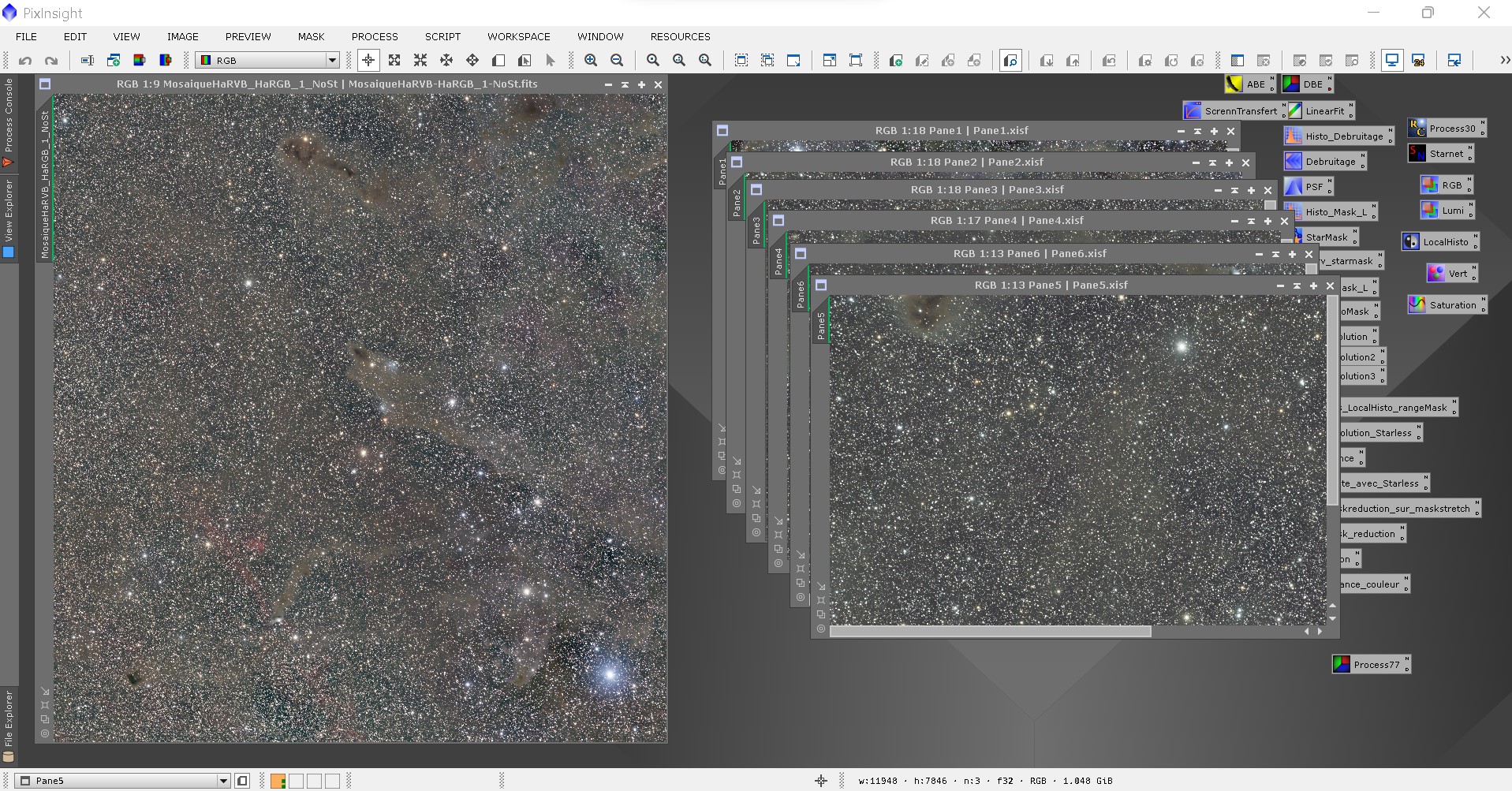 Q5: What gear do you use, any photos of them?

I quickly sold my first equipment to buy something more suitable for astrophotography and more efficient. So I decided to buy a DSO camera and it was proof to take a ZWO for their quality and performance.

I chose an ASI294MM with a Takahashi FSQ85EDX bezel on an Ioptron CEM70 mount and a Newton carbon 200/800 ONTC. I also recently bought a second camera, a formidable ZWO ASI2400MC and a StarAventurer. GTI that I use with a Sigma Art 135mm Lens. 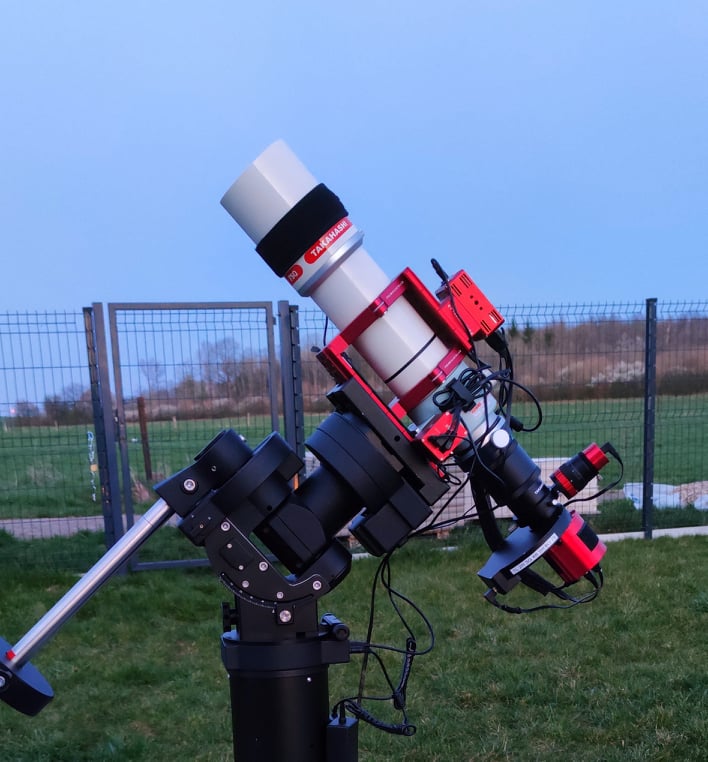 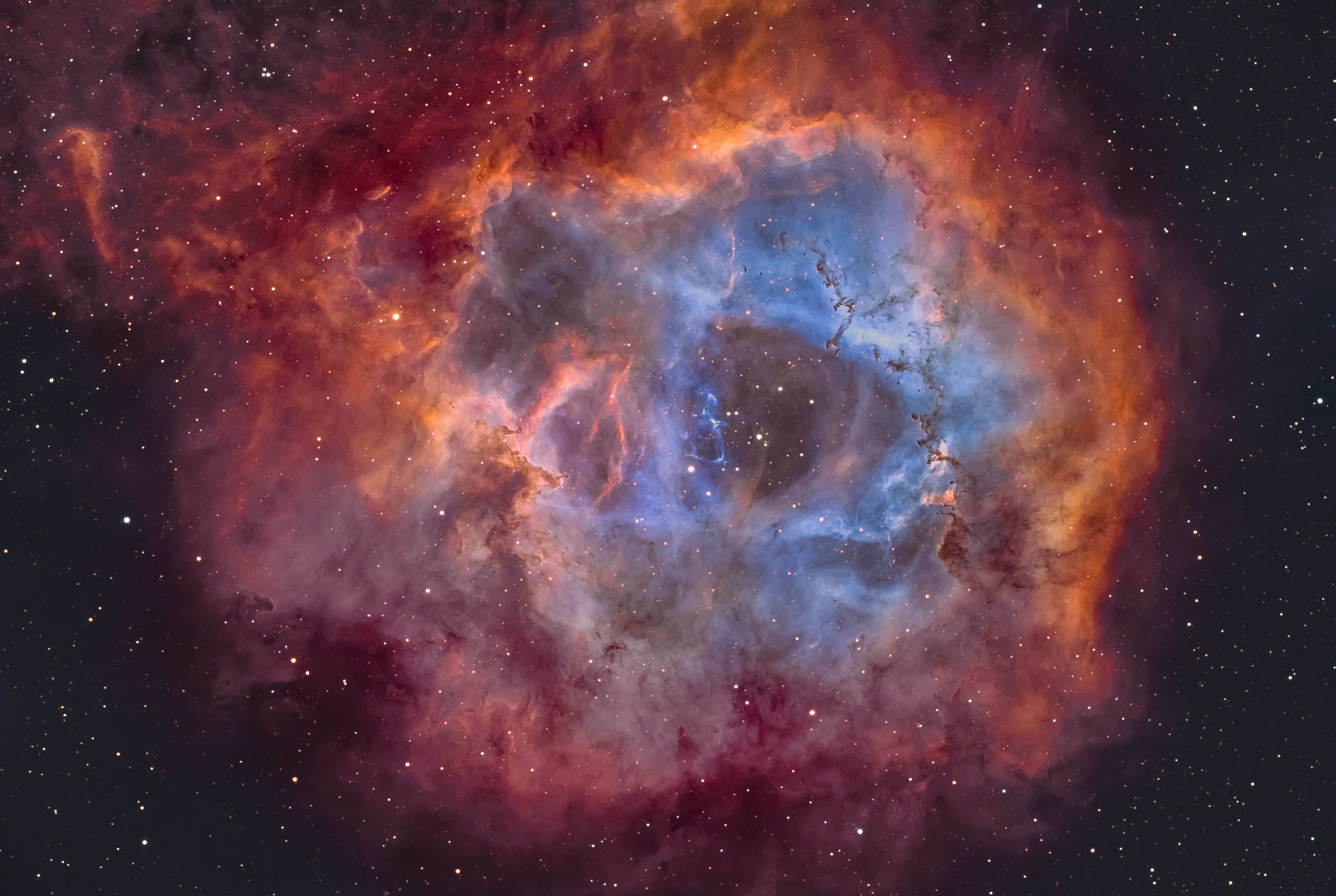 Q6: Where do you usually take astrophotos, somewhere remote from home or just in your backyard?

I practice mainly at home, in my garden where the sky quality is really good without light pollution or street lighting.
Occasionally I go to the Baronnies Provençales observatory in FRANCE to take advantage of an exceptional sky and participate with the astrophysicists of the observatory in observation evenings on a T800 or to detect exoplanets. 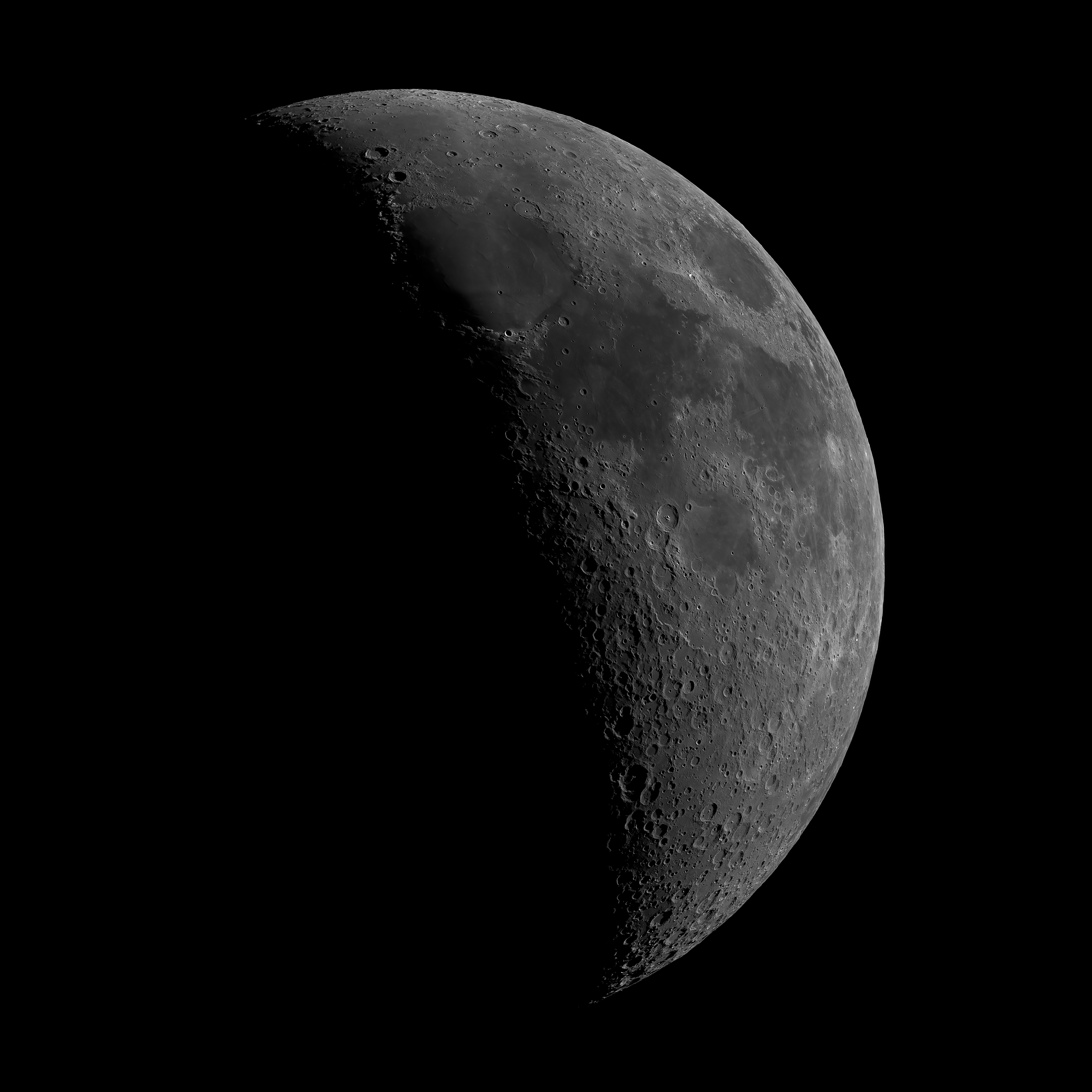 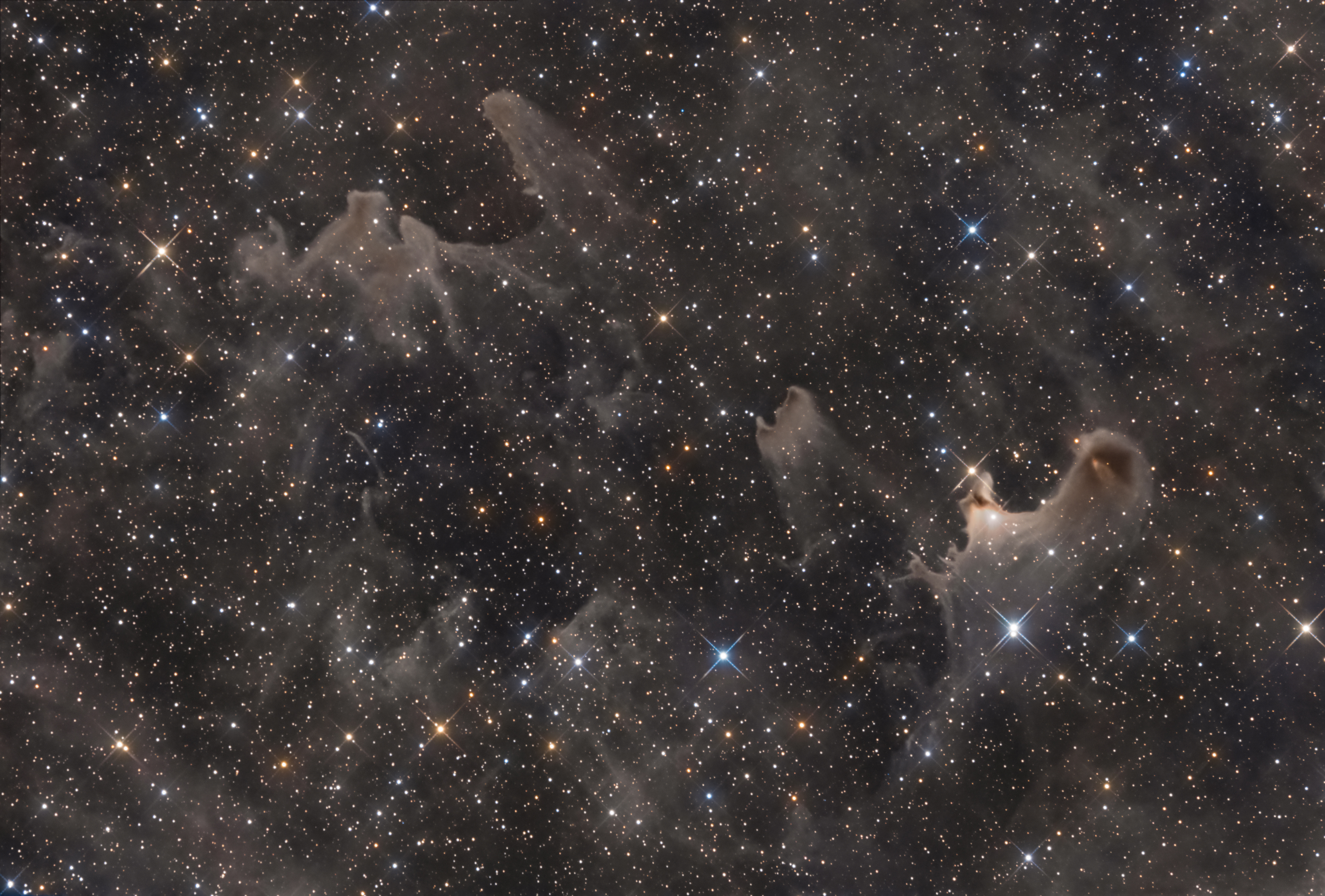 Q7: Do you often discuss astrophotography with your family or friends? Will they join you on the imaging nights?

I am lucky that my wife Claudia supports me in my passion and to see my 2 children, Maël (2 years old) and Liam (5 years old) raise their heads and look at the sky.

I joined an astronomy club where I met some very nice people.
I also met an astrophotographer on a social network (Adrien) who introduced me to several people (Gaëtan, Nicolas, Yann, Jordan and Jeremy) who practiced astrophotography in our region and who quickly became real friends with whom I can share this passion, discuss shots, treatments or do collaborations for example. We created together the “Team Stellae Orientis” 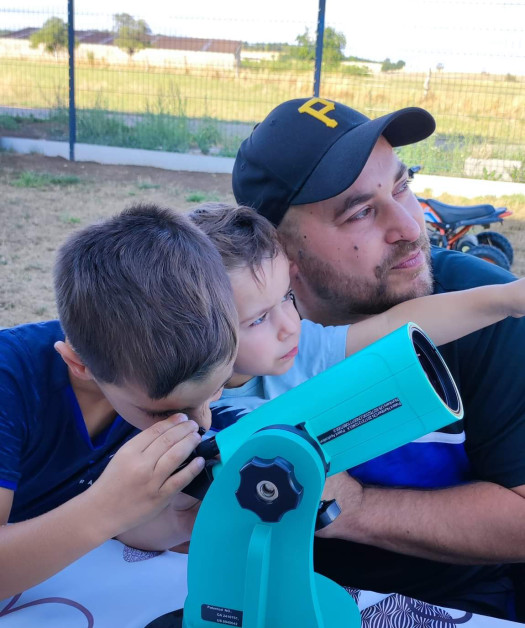 Q8: Is it hard for you to keep awake during the imaging nights?

Sleep is not an issue for me, however I have automated my set-up with a ZWO ASIAIR Pro so that I don’t need to stay up all night and I also use it remotely when I I work at night so as not to lose any clear nights and I can even create mosaics without having to intervene manually. 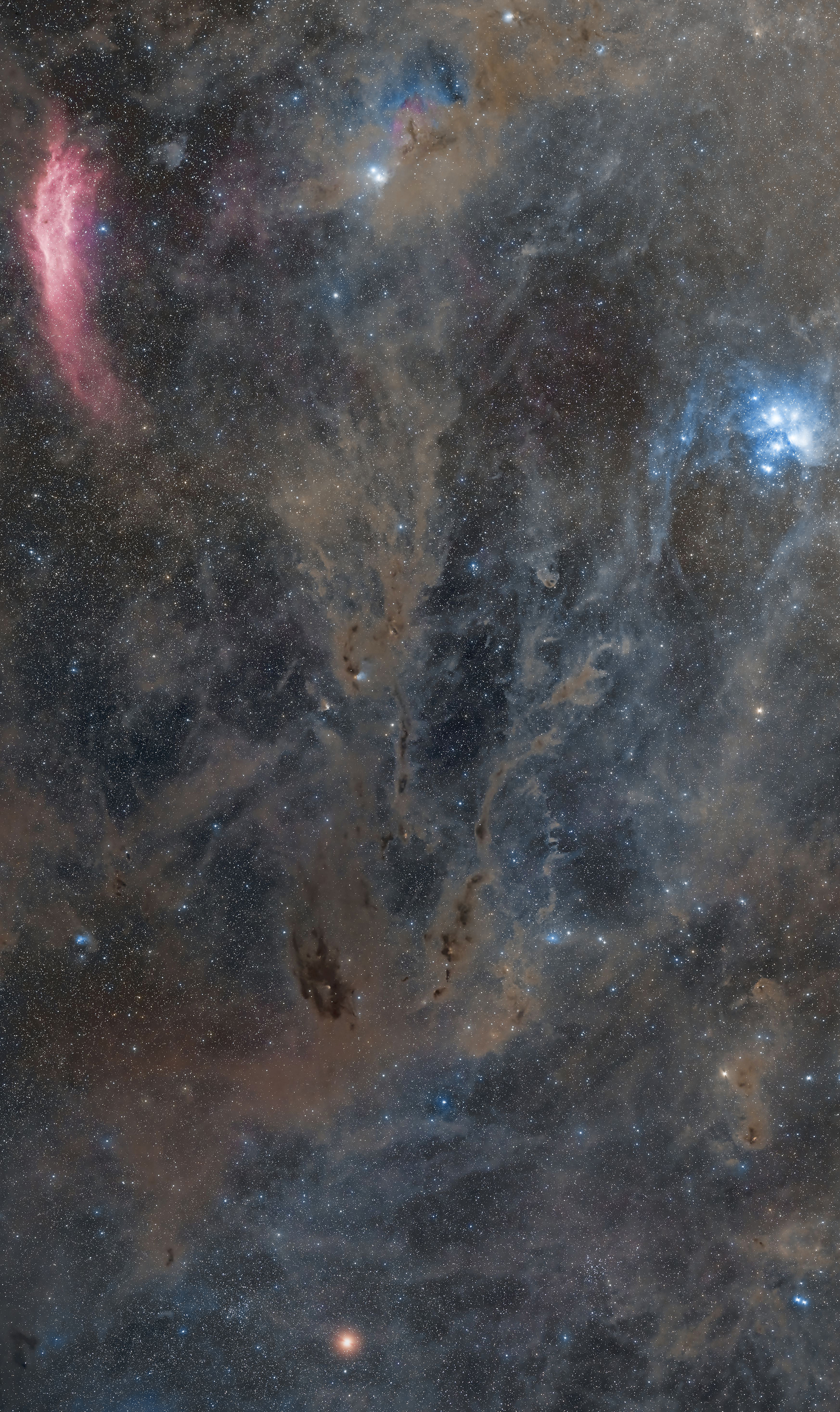 Q9: What do you think astrophotography has brought to your life? Does it change you in any sort?

I started with astrophotography and then learned about astronomy and the sky, it changed my view of things a lot.

For instance :
_On what we are in the middle of this immensity,
I realized how huge the distances and sizes of certain stars or planets were and that we on our beautiful blue planet were small. It makes you dizzy
_The wonders that lie in the sky, when I started astrophotography and I saw what we want to capture, I couldn’t believe my eyes. I knew the planets and the galaxy, but the rest, such as the nebulae, was an incredible discovery.

I am always amazed by the richness of the deep sky
_The negative impact of light pollution, not only for astrophotography, but also for nature, it opened my eyes, I proposed to the mayor of my village to work on this subject and preserve our beautiful starry nights. 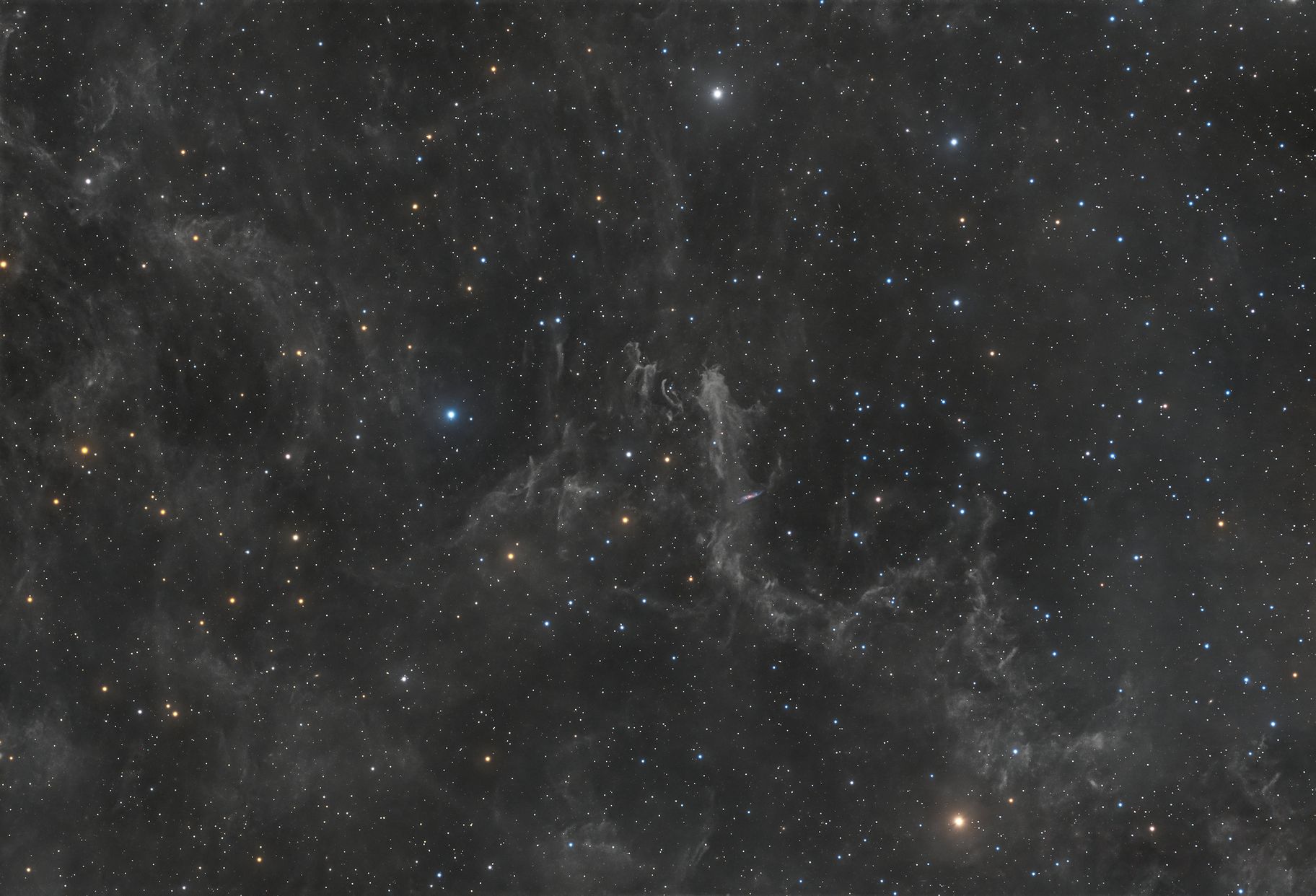 Q10: Astrophotography has been through a deep revolution in the last decades. Do you have any thoughts about this to share with us?

I was lucky enough to be able to talk to experienced people and see the evolution of astrophotography and the facilities we offer brands like ZWO today.

Personally, when I started, the ASIAIR pro changed my life, I was able to save precious time and leave aside my aging computer and all the software essential for astrophotography sessions.

Even today I would find it hard to do without it! Q11: What are the most important keys for you to choose an astronomical dedicated camera?

Price is often the priority, but performance, pixel or sensor size are also very important. I find that ZWO offers a wide range where everyone can find what they are looking for. 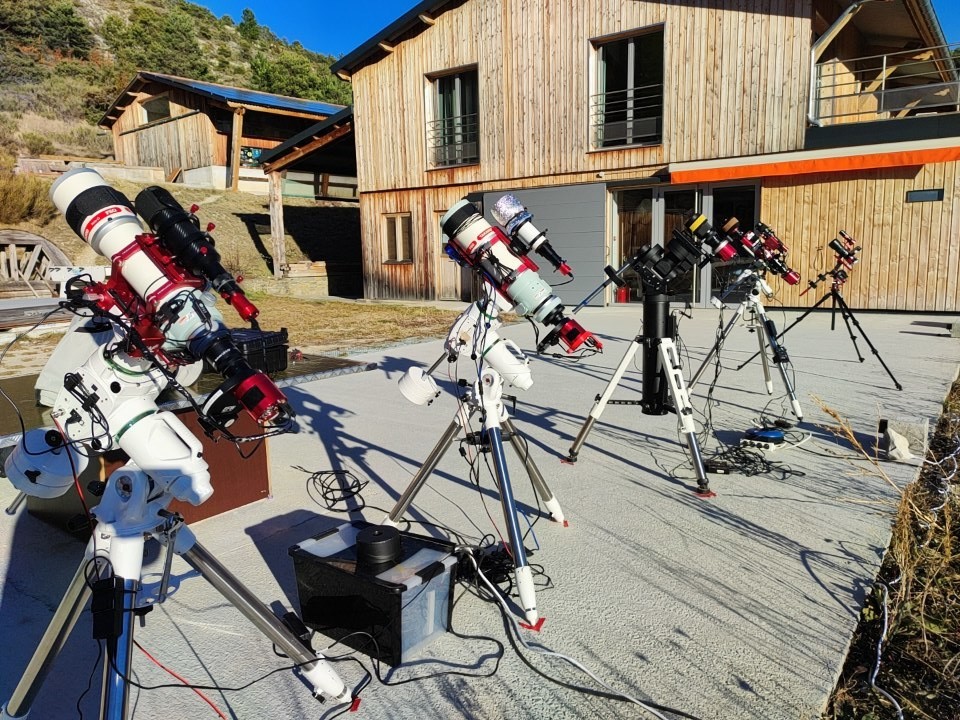 Q12：How did you shoot this winning picture?

For my winning photo, I had first chosen “LDN 1251” and with the large sensor of the ASI2400 I could take “LDN 1235” in the same field, so I looked at what was possible to take with a mosaic and given the richness of this part of the sky, I had the idea of ​​making a mosaic of 6 tiles. Q13: What new ASI products do you expect?

A rotator! To be able to choose its framing directly on the asian without having to do it manually or to be able to align several tiles of a mosaic and remove the rotation.

Sensors with pixels different from the latest models which are mostly 3.76 µm in size. An ASI2400MM with its 5.94 µm pixels would be great, for instruments with long focal lengths but also to be able to use it in SHO. This will allow to keep a reasoned sampling on very small targets like the galaxy and a camera with a small sensor and small pixels like the ASI183mm, but with 14 or 16 bits for fast instruments and to be able to take advantage of a high resolution camera and with the performance of the brand’s latest model. I have a project to replace my current equipment with better and faster equipment, I have just ordered a Takahashi Epsilon 160ED and I would prefer to start building a personal observatory in my garden. 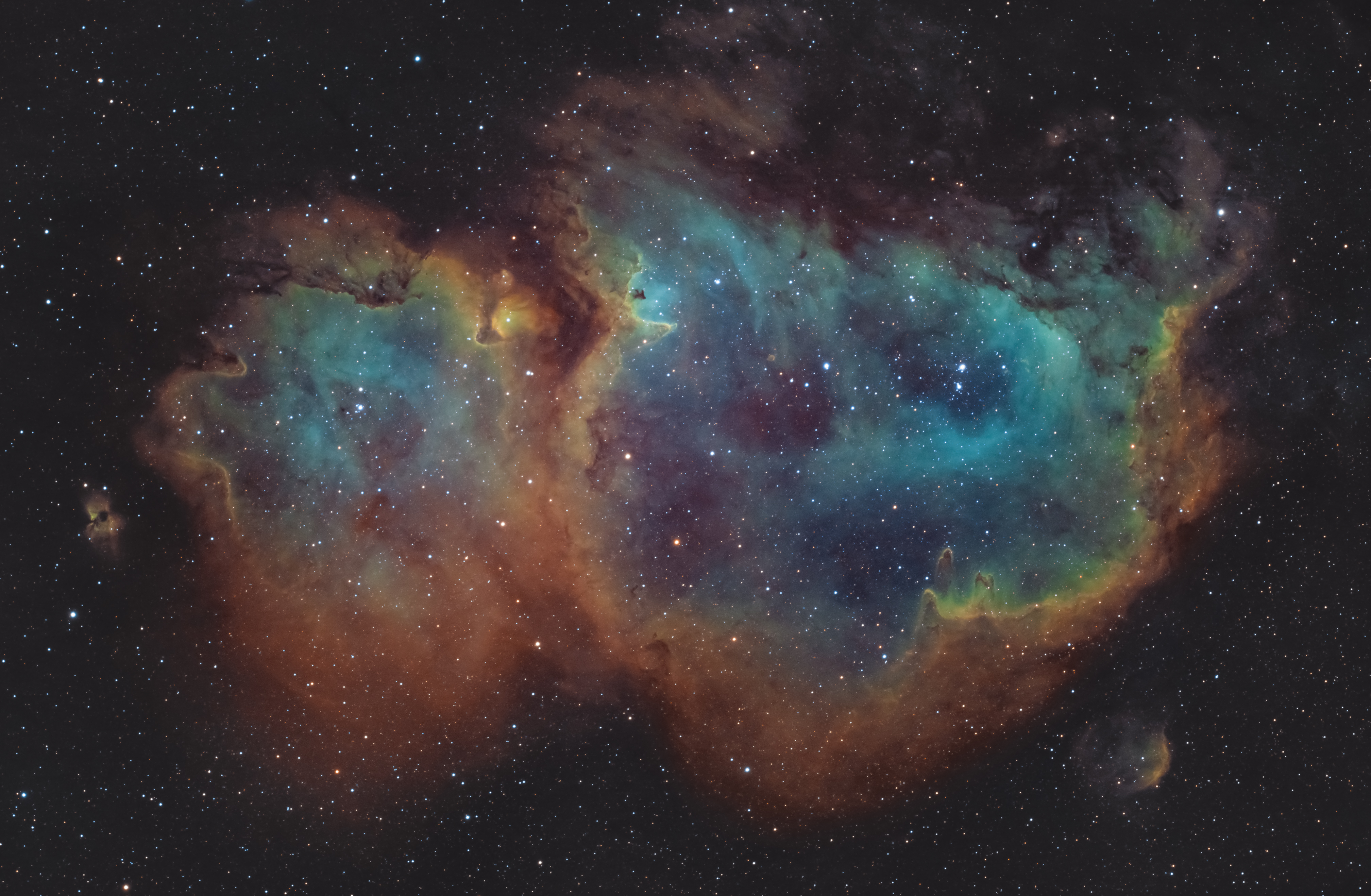