Janco Moolman is the winner of ZWO 2020 ASIWEEK #09 and has brought us many extraordinary astronomy photos. To make our ZWOers know this excellent astrophotographer better, we make this interview. Let’s all take a look now.

My name is Janco Moolman, 32 years old, a Chemical Engineer by profession and live in Pretoria, South Africa. I’ve been doing amateur astrophotography for approximately 1.5 years now. I switched to a dedicated ZWO monochromatic camera approximately 9 months ago I haven’t looked back since! 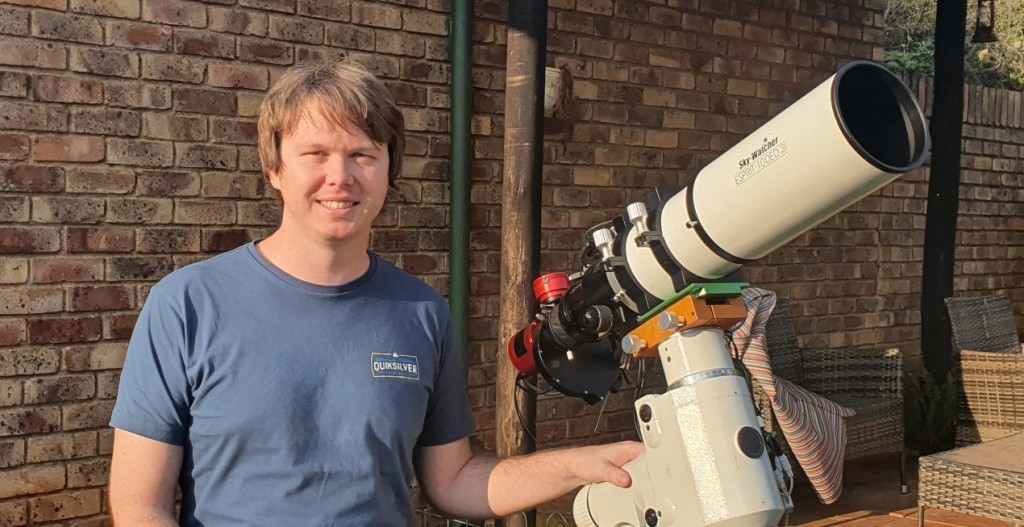 My first experience in astronomy was looking through a 70mm refractor at the moon (a full moon at that) and I was just completely blown away by what was visible even through a low-quality telescope. The feeling I got can only be understood by my fellow astronomers, one that makes you invest so much time and money into a hobby like this! Being able to observe the universe from your little backyard is quite something special and I wish to be able to share it with every person I know. 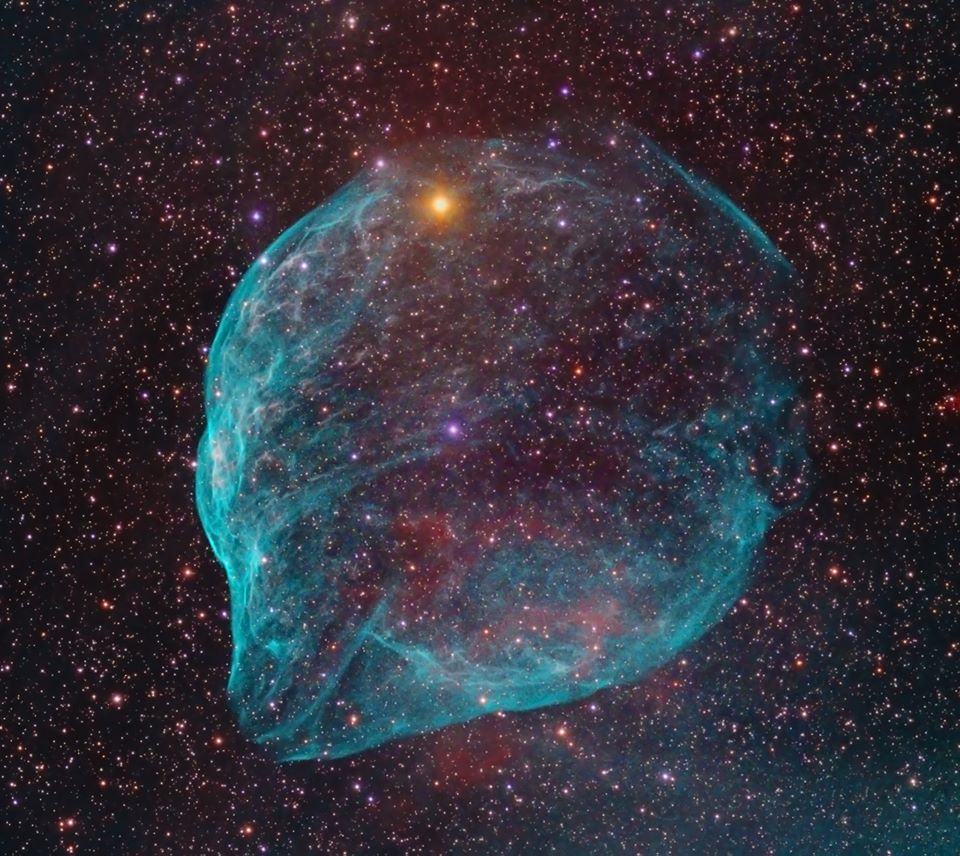 Q3: Do you still remember the first time you do astrophotography? What was your target then? Do you still have that picture?

My first attempt at astrophotography was none other than The Great Orion Nebula (M42). Probably everyone’s first target, as its brightness does help you not to have to deal with that much noise in the end of the day. A picture of my first deep-sky object is shown below (was quite a train wreck), but I can assure you the feeling I got from taking this 30-minute image is no different to the feeling I get today from finishing a 16-hour project! 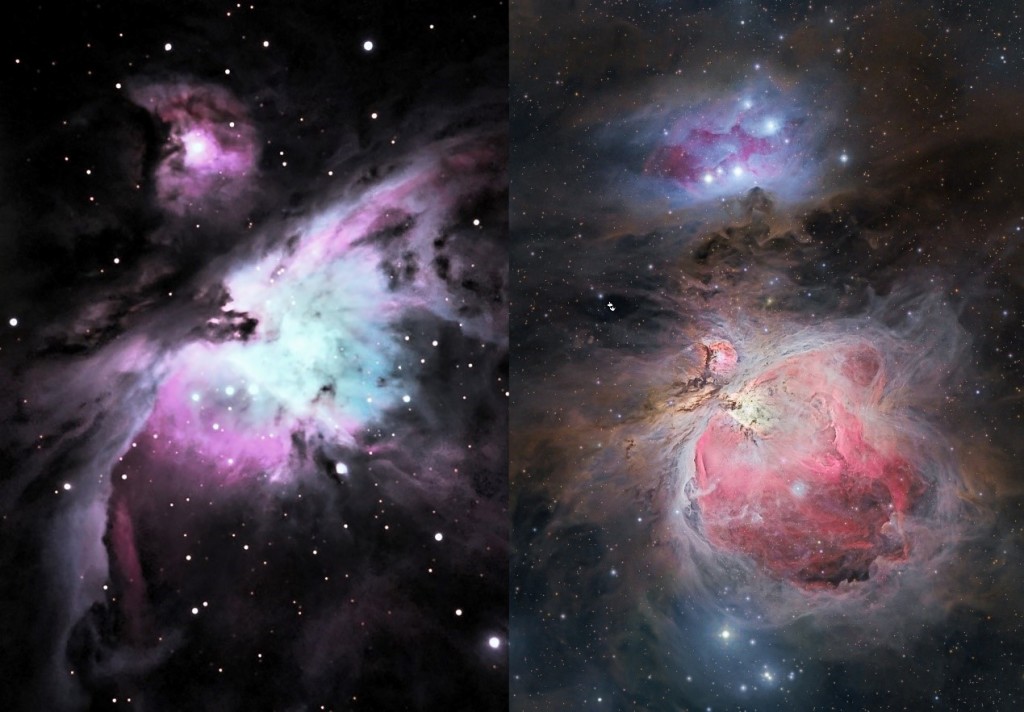 Q4: What equipment do you use currently? Can you show us some images of your gear? 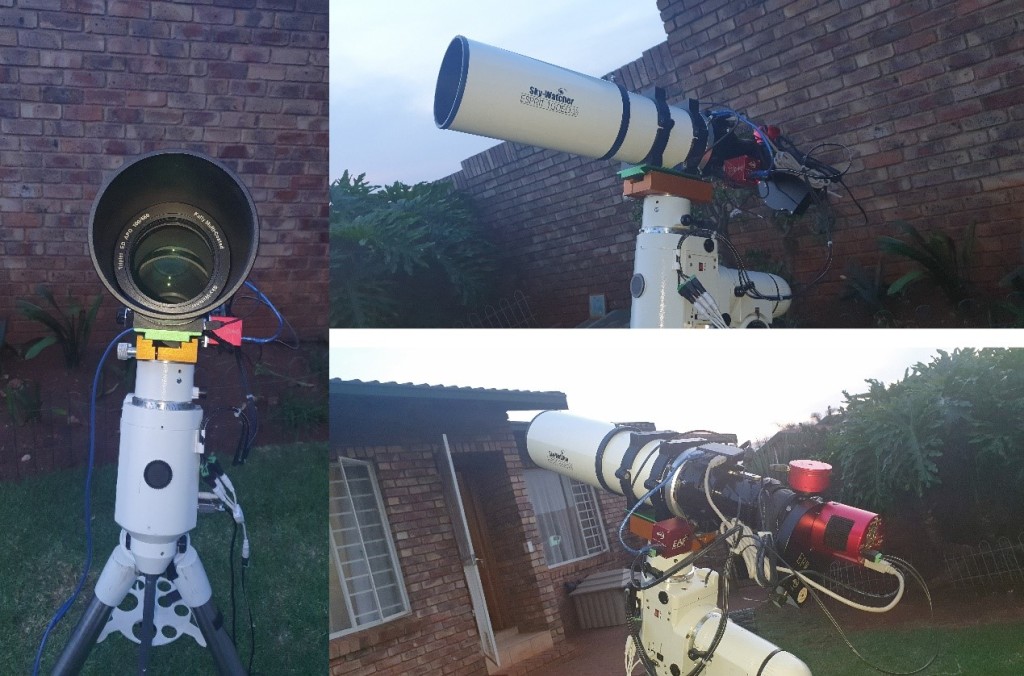 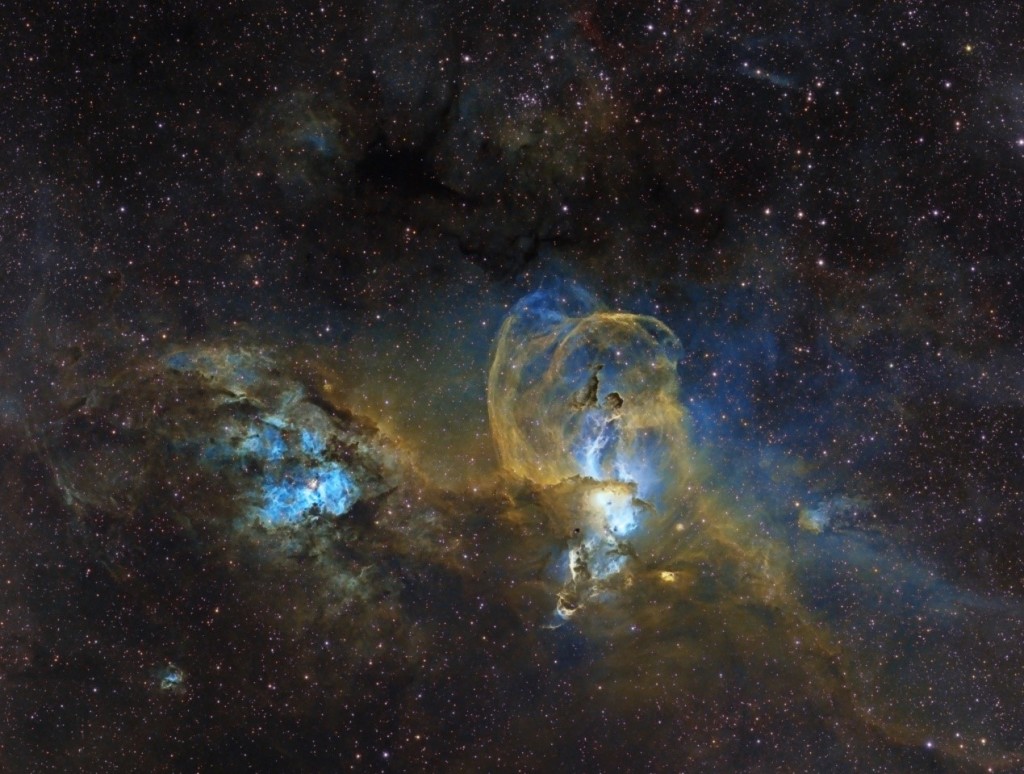 Q5: Which one do you prefer? Planetary imaging or deep-sky imaging?

Q6: What’s the most difficult part of astrophotography for you?

For me, image post-processing is by far the most difficult part of astrophotography. I think on average it takes me about 10 hours to process and deliver an image with which I am pleased, including many, many failed attempts!

Image processing is like a clean canvas on which you will be doing your art. As an artist, I can assure you that a painting will never come out exactly the same any two times. I find the same to be true for deep sky astrophotography.

I also love using Photoshop for this reason over other astrophotography image processing tools. Other software packages tend to feel rather algorithmic where as Photoshop truly makes you feel you are starting with a clean slate every time!

Q7: Have you ever traveled to a very dark place to do astrophotography? How was that like? Any picture taken in there?

A Bortle 2 sky is the best I have done but unfortunately at the time I was doing mostly visual astronomy so no imaging done yet. I plan to do some deep-sky imaging from a Bortle 2 sky this April, so looking forward to getting some good data from there. I will be sharing some of those images when the time comes. 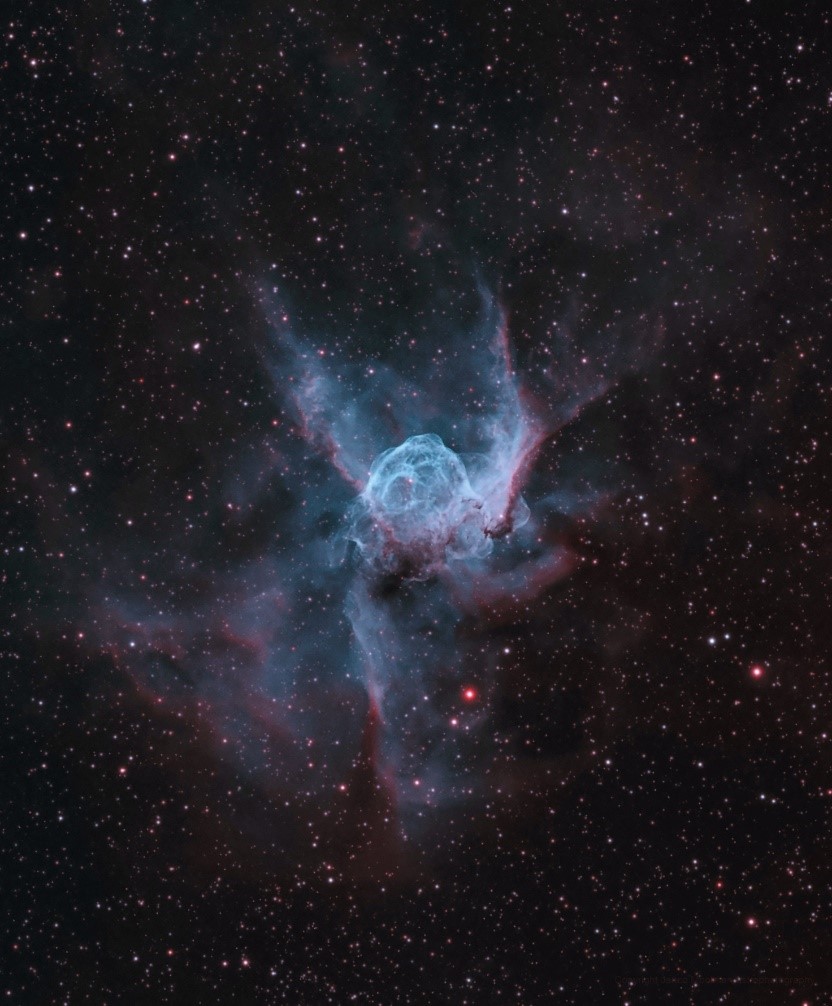 Q8: As to your winning image, the Tarantula Nebula, would you please tell how did you capture it? Would you like to share with us some detailed camera settings?

I was able to image the Tarantula Nebula from a Bortle 4 sky over a weekend away in Carletonville South Africa. I only managed to gather 8.8 hours of data on this object but the Bortle 4 sky did help a lot. Equipment used was: 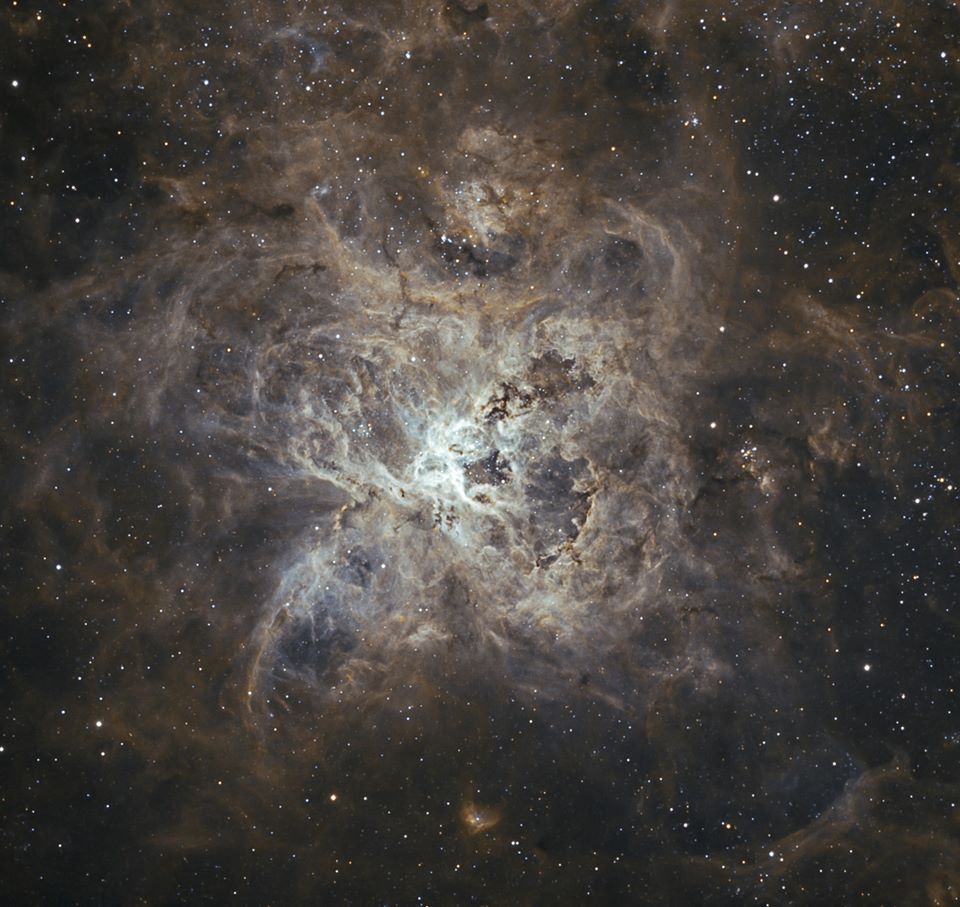 Q9: How do you like the ZWO camera that you used to take the winning image? And do you use any other ZWO products?

I absolutely love the ASI1600MM-Cool camera. It has a special place in many amateur astronomers’ hearts. The dynamic range and low read noise of this camera have hit quite a sweet spot in the astronomy community. The one drawback of this camera is the well-known microlensing of the sensor that occurs on certain very bright stars which can be hard to deal with in post-processing sometimes. Other than that, the camera is great and just an amazing match for my Esprit 100.

I also own the ASI290MM as an OAG camera, ZWO OAG, ZWO EFW and ZWO EAF. All very affordable products doing their job without any hassles! 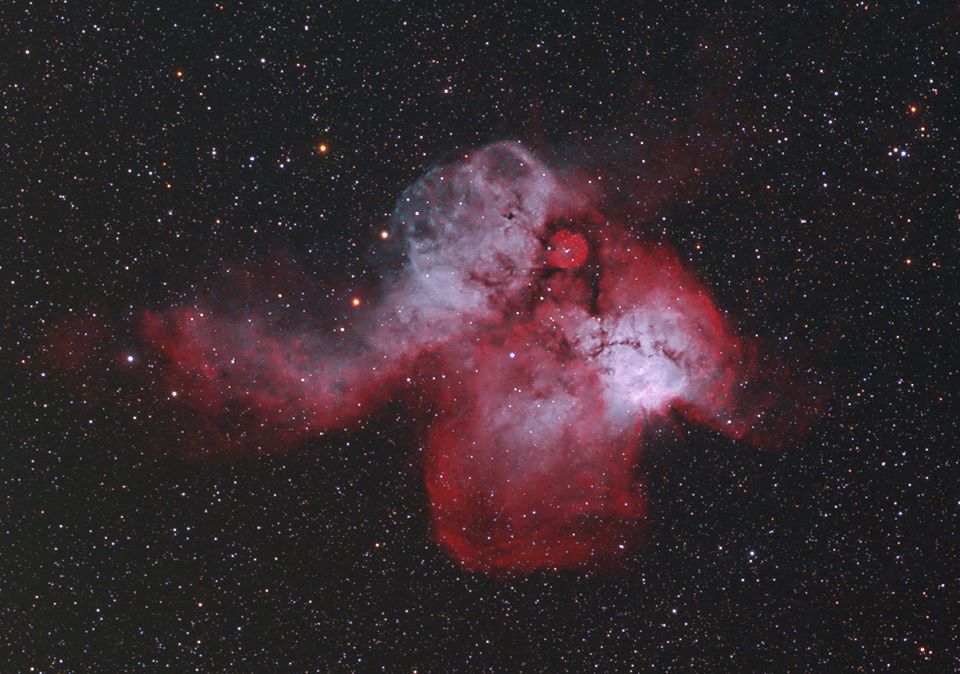 Q10: What do you think is the biggest advantage of ASI cameras? And what do you care most while buying an astro camera?

ZWO cameras are without a doubt excellent value for money. The most important factors for me in buying a camera is:

I believe ZWO to be an excellent brand fulfilling my demands in all the above-mentioned categories. Also, I love the community feeling that one gets from the ZWO team and fellow ZWO product owners. The members of the ZWO Facebook group are very appreciative and supportive of each other’s images. 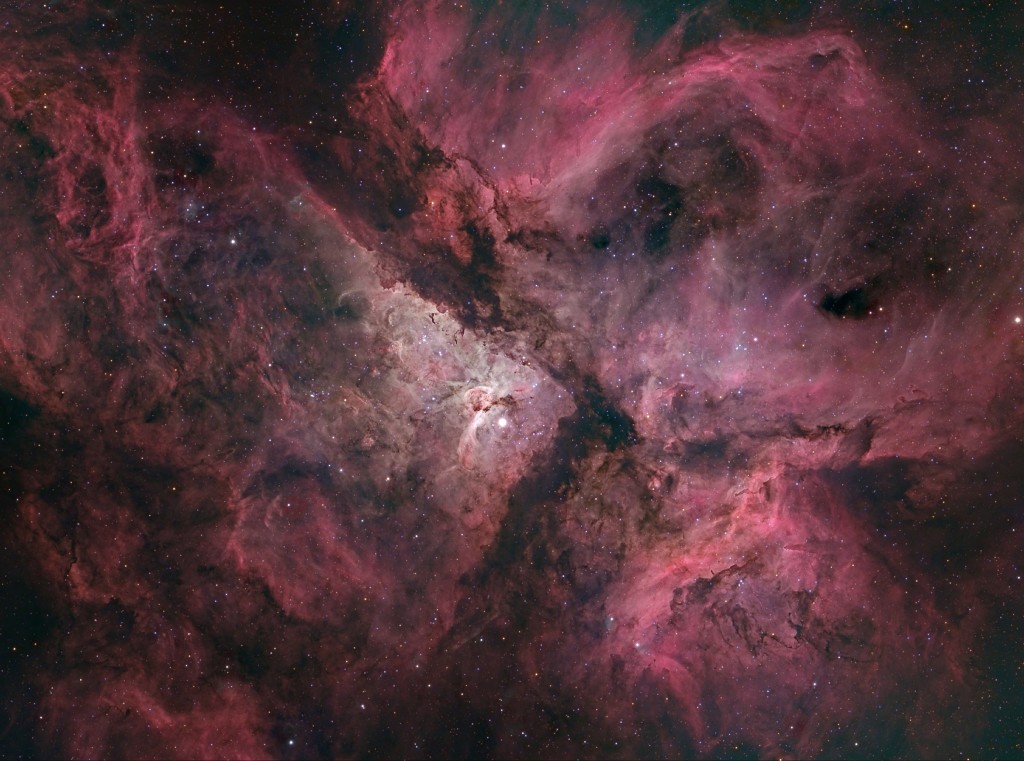 Q11: One last question: what’s your impression of ZWO? Do you have any feedback and suggestions that want to speak to us?

I love dealing with ZWO and there have been some issues in the past but was resolved very quickly. Your team is very friendly and just a pleasure to work with.

The only suggestion I currently have is to keep those updates coming on the ASIAIR. I am keeping a keen eye on developments there to ultimately replace my laptop and SGP in the field!

All the best to you guys and thanks for granting me this opportunity.