Thanks! My name is Jeffrey Horne, and I live in Nashville, TN. I’m a marketer by trade (Director of Marketing at OPT Telescopes) with a severe passion for astrophotography, cosmology, and astrophysics. 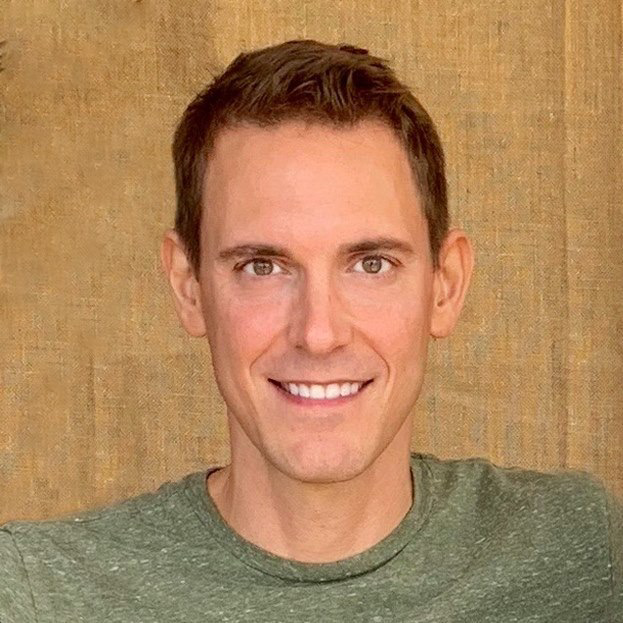 Q2: Why do you love astronomy? What does astronomy mean to you?

At some point we’ve all wondered what our place is in the universe, and astronomy tries to answer that both physically and metaphorically. It’s the next frontier for human discovery, with so many gigantic unknowns, and it’s really remarkable that I can get my own distant glimpse of it from my backyard.

To me, astronomy is more than just a curiosity. It’s quite literally a lifestyle. My days are filled with spreading the word about this wonderful hobby to the world, and my nights are dictated by the weather (only to determine if I’m going to be imaging outside, or processing images indoors.) 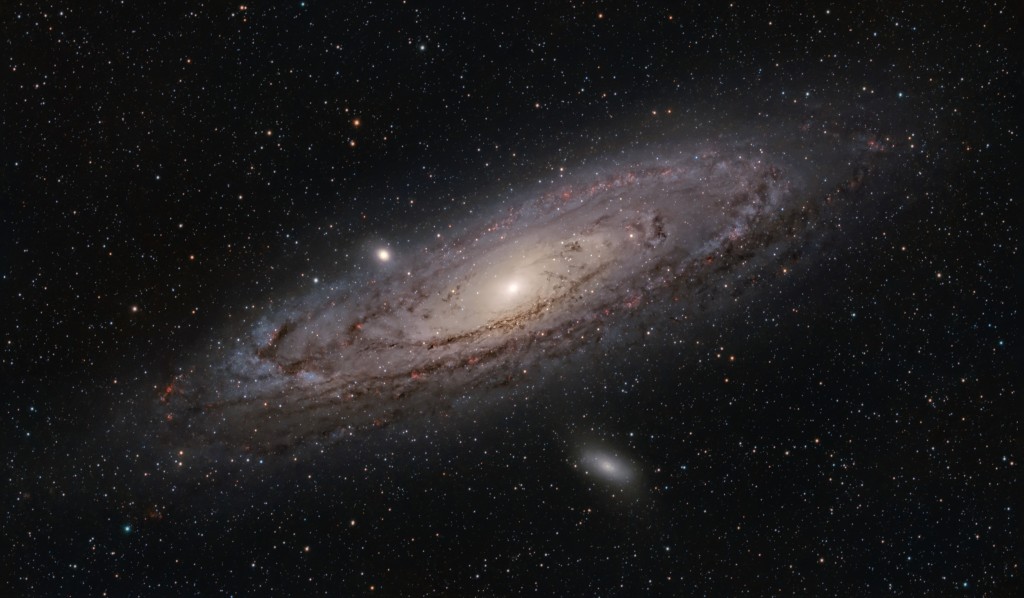 Taken with the ASI2600MC Pro and Celestron RASA 8”.

Q3: When and how did you start astrophotography?

I fell in love with astronomy when I was really young. I’m lucky enough to have a father that’s also passionate about astronomy. He let me look at Saturn through his 8” Celestron SCT when I was 5 or 6 years old, and that’s all it took to spark a lifelong obsession with space.

I started astrophotography when I was in college. I tried taking pictures of the moon with my father’s film SLR and a small newtonian, and mostly failed. This was the time when people were experimenting with modded webcams for planetary imaging, so I read all about which webcam to get and how to modify it, and I did that. My first images weren’t very impressive, but they were mind-blowing to me! 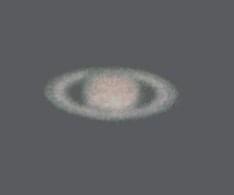 My first image of Saturn with a webcam. 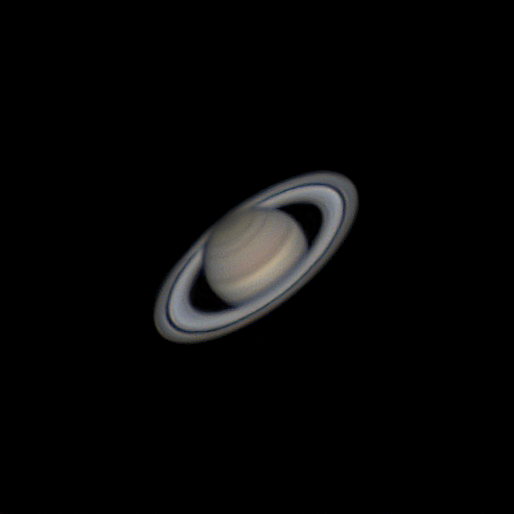 My latest image of Saturn, with a ZWO ASI385MC.

Q4: What gear do you have? Any pictures of them?

Lenses: an assortment of Canon lenses

Q5: What’s your first ASI camera? Is it an OSC or mono camera? Why did you choose it?

My first ASI camera was one of the first ASI120MC cameras available! It came in a brown box, and I chose it because I was seeing such great quality come out of that camera for such a great price. It did not disappoint. Taken with ASI2600MC Pro and a Celestron 8SE.

Q6: Where do you normally take astrophotos? From your backyard or somewhere remoter but darker?

I normally image from my backyard in Nashville under a Bortle 8 sky. On occasion, I get to visit dark sky sites. Fortunately, with the sensitivity of today’s cameras and the strength and precision of today’s filters, quite a bit can be imaged from under the city light pollution.

I’m extra excited about OPT’s remote observatory project. There are already three observatories up and running, free for the public to use, with more in the making. To be assured clear skies almost every night, with minimal light pollution and great equipment, for FREE, is something for which everyone should be excited! 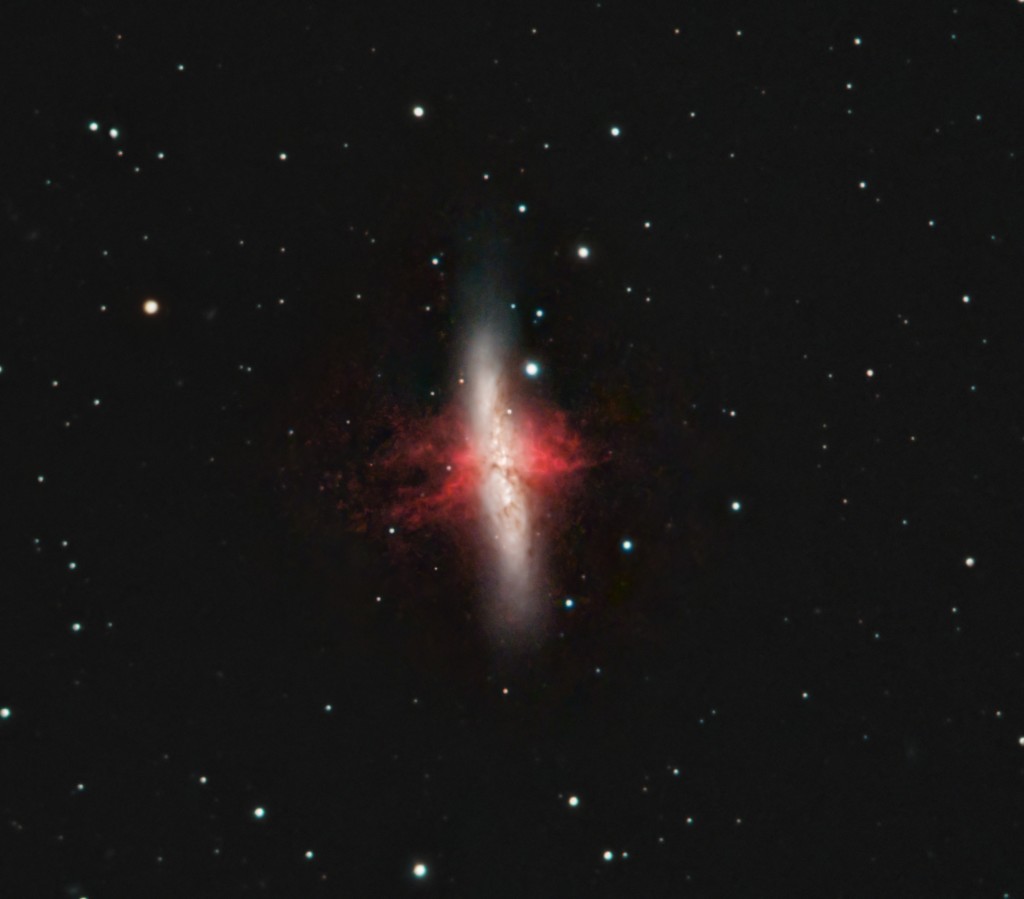 Taken with the ASI2600MC Pro and a Celestron 8SE from Bortle 8 Sky.

Q7: Do you have any unforgettable experience during these years of astrophotography?

Nobody can ever forget the first time they see a deep sky object appear on the back of their camera.

For me, this was about a year and a half ago, and like many others, it was the Orion Nebula. 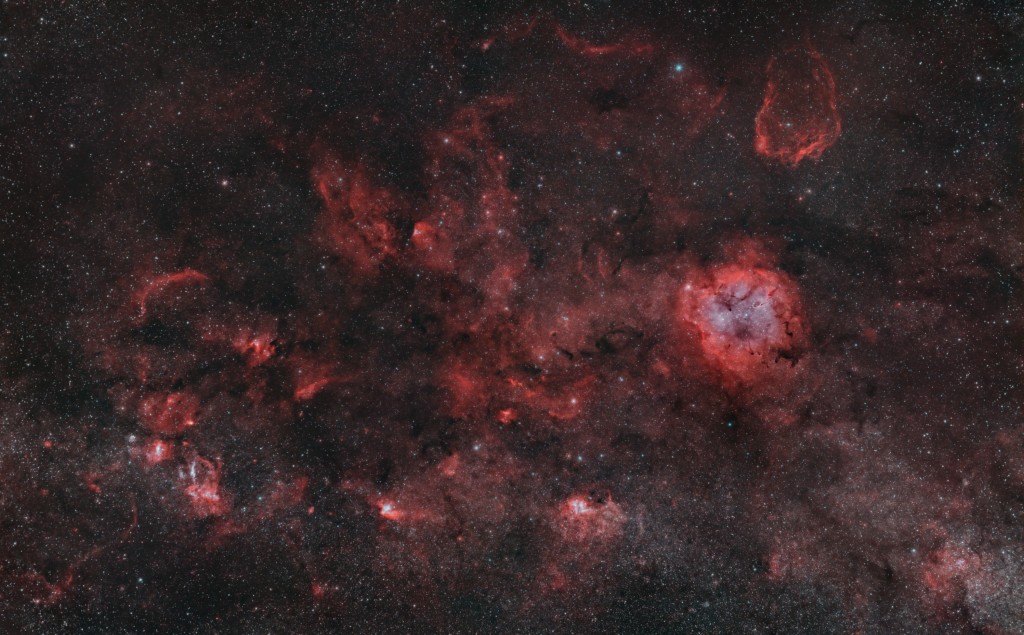 Q8: Planetary imaging or DSO image, which one do you prefer?

I started with planetary imaging, and I still enjoy it. I like seeing my progress year over year, and learning each time.

But now that I’ve discovered deep space imaging, and how deep you can really go with astrophotography, I can’t resist DSO imaging. It’s a never ending learning curve and it can be challenging, but it’s incredibly rewarding. 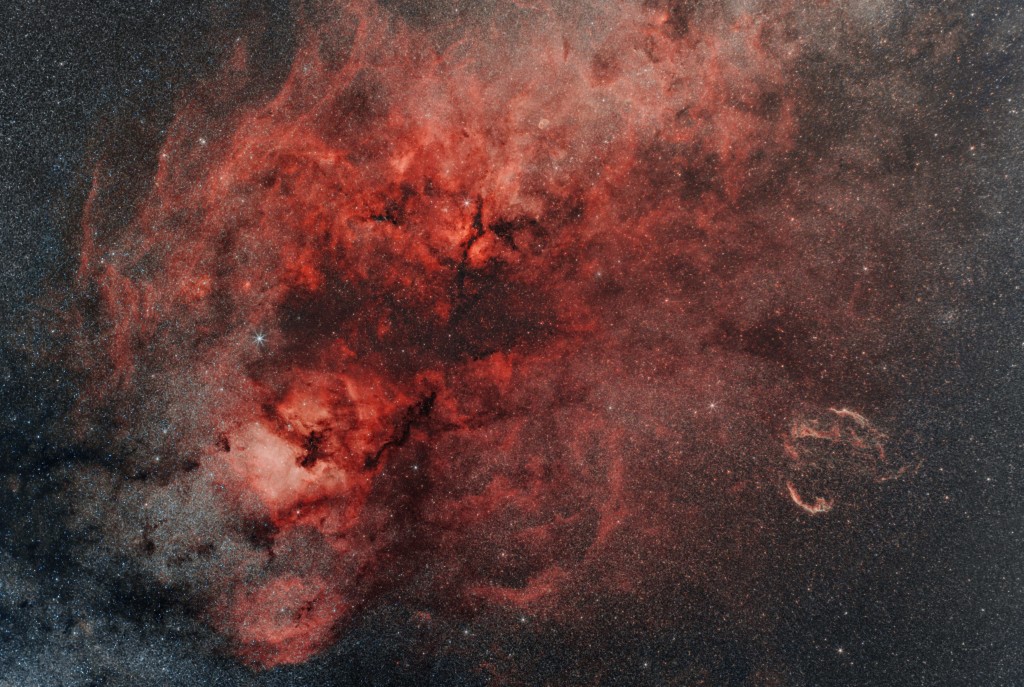 Q9: On a scale from 1-10, how much would you rate your obsession with astrophotography?

Q10: How did you go through the learning curve of astrophotography at the beginning period?

The learning curve in astrophotography is steep and never ending, and I do believe that it’s half the reason that we all love it!

I learned by taking a seriously deep dive into researching the hobby of deep space imaging. I read everything I could get my hands on. I asked my father a billion questions. I watched everything I could watch. YouTube channels like AstroBackyard and Chuck’s Astrophotography were an enormous help when I had questions. I did these things incessantly when I started astrophotography, and I still do.

Local astronomy groups are really helpful, as well. In Nashville, we have the Barnard-Seyfert Astronomical Society (BSAS), which is a great place to have face-to-face discussions with other astrophotographers, and participate in star parties and local outreach.

The astrophotography community in general is amazing. Everybody is willing to help, without hesitation. Taken with ASI385MC and a Celestron 8SE.

Q11: Are you active in any astronomy groups? Do you think it is necessary to join in a local astronomy club?

It’s absolutely not necessary to join a local astronomy club, but if there’s one in your area, it sure can help!

I was a board member of the BSAS (Barnard-Seyfert Astronomical Society) in Nashville, and I’m still a member. I learned a lot from going to those meetings, and I met a lot of like-minded people. That’s one thing that I love about astrophotography: when you meet a fellow astrophotographer, you know from the beginning that you’re about to have a good conversation with a smart person. Q12: How long do you normally spend on processing after date acquisition? What do you think is the most important part of processing?

I sit down for several hours and do an initial processing of the image. Then, I’ll look at it for a day or two and decide what I want to do differently, and I’ll continue processing or start over from scratch. If I can get to the point where I can look at the image for a few days in a row without wanting to change something, then I consider it done. It’s probably an average of about 8-10 hours of processing per image.

For me, the most important part of processing an image is deciding when you’re done with it. I think it’s important to not call your image “finished” too soon. It’s hard to resist the temptation of showing off the data that you collected right away. If I sleep on it and take a fresh look the next day, I almost always realize that there’s more that I can do to make it better. Q13: How do you think the future of astrophotography?

The future of astrophotography is bright! CMOS cameras are advancing quickly, and I can’t wait to see the improvements that come with them in the next few years. I’m really looking forward to seeing advancements in color cams and reducing the effects of the bayer matrix.

Companies like ZWO and Radian are pushing the boundaries of the tools that are available to amateur astrophotographers, and they’re making it more accessible to everyone. In my circle of astrophotography friends, we look forward to the day that the youngest kid in the neighborhood can take DSO images as good as us “grown up” amateurs, and I don’t think that day is too far away! Taken with ASI395MC and Celestron 8SE.

Q14: Can you tell which ASI camera has a special place in your heart?

The ASI2600MC Pro. It was my first cooled astrophotography camera, an upgrade to an older modified Canon DSLR, and wow, has it blown my mind! The first night I used it, I was only able to get 15 subs on the Rosette Nebula before my night was cut short by clouds. I couldn’t believe my eyes when I started working with the data. Q15: The year 2020 is going to end, what achievement have you made on astrophotography during this year? Do you have any goals for next year?

I’ve been so honored to have my California Nebula/Pleiades image chosen for ASIWEEK, as well as having my Cygnus 50mm shot featured in Amatuer Astronomy Magazine. A year ago, I’d never have imagined that I could create the pictures that I’m making today, much less have people choose my images for things like this!

Next year, I’d like to get to more dark sky sites, continue to make astrophotography more accessible through my job at OPT, and I’m looking forward to trying my first mosaic!