Joe Renzetti is the winner of ZWO 2020 ASIWEEK #08 and has brought us many extraordinary astronomy photos. To make our ZWOers know this excellent astrophotographer better, we make this interview. Let’s all take a look now.

Thank you. My name is Joe Renzetti I am 50 and reside in Columbus, Ohio USA I am an ambient electronic musician and have been creating music for over 20 years. I’ve been doing astronomy for 10 years now. My astrophotography and music works can be seen and heard at www.joerenzetti.com Q2: We see you’ve taken quite a lot of astrophotos. Can you tell why are you obsessed with this hobby?

I always had an interest in space and the cosmos. I started off as a visual observer and soon moved into astrophotography. Seeing other works online inspired me to pursue imaging as it was a way to share my views of the night sky with friends and family. It was also a way to bring public outreach astronomy education to those who were unable to go out and observe the night sky.

Q3: What equipment do you use? How do you like them?

My main setup is a Celestron C14 with an Astro-Physics 1100GTO. I also use an EdgeHD 8. Both OTAs primarily use the Hyperstar for imaging. My cameras are the ASI1600MM-c and ASI178MM-c. Filters are Baader 2” LRGB and narrowband. 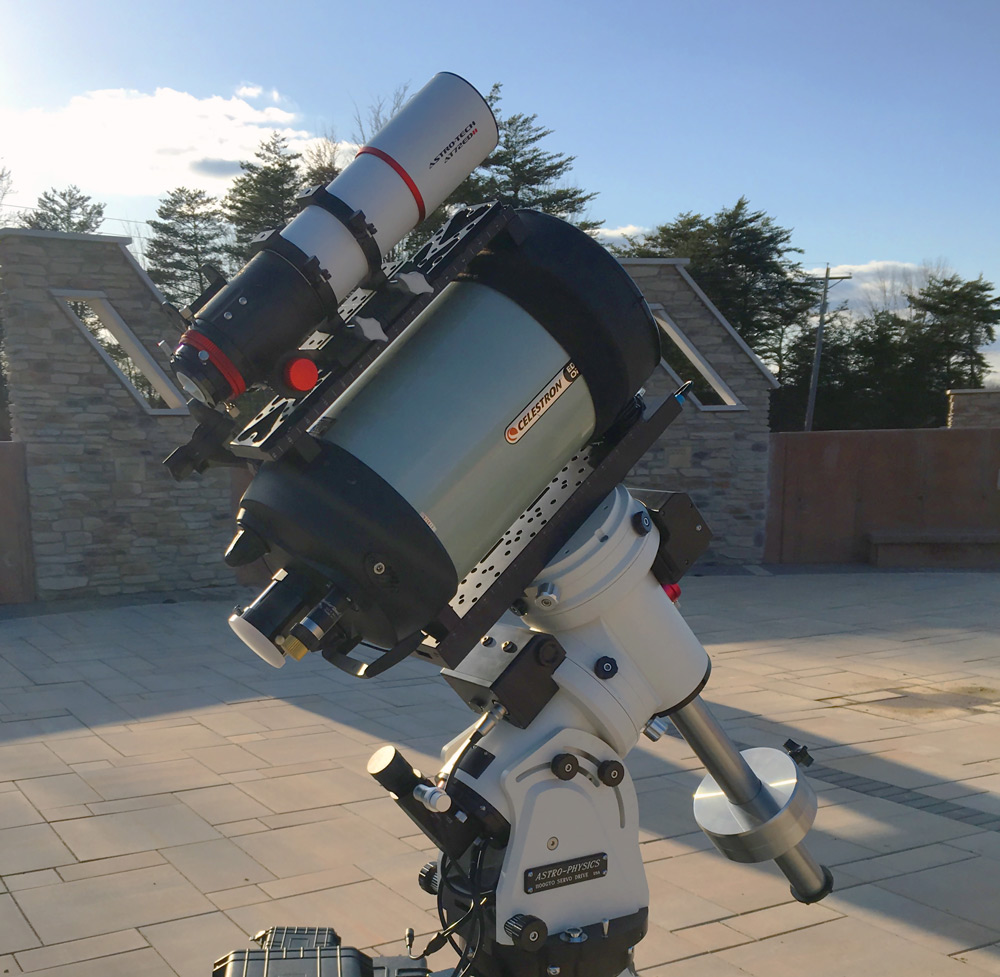 Q4: Can you show us some of your favorite astrophotos you’ve taken and tell us how did you take them?

My most recent galaxy image is NGC 1365 in Fornax. This was quite a success for me as it only rises 13° above my horizon. Using the 178MM-c allowed me to get enough data to process the galaxy out of the skyglow and really bring out the details. 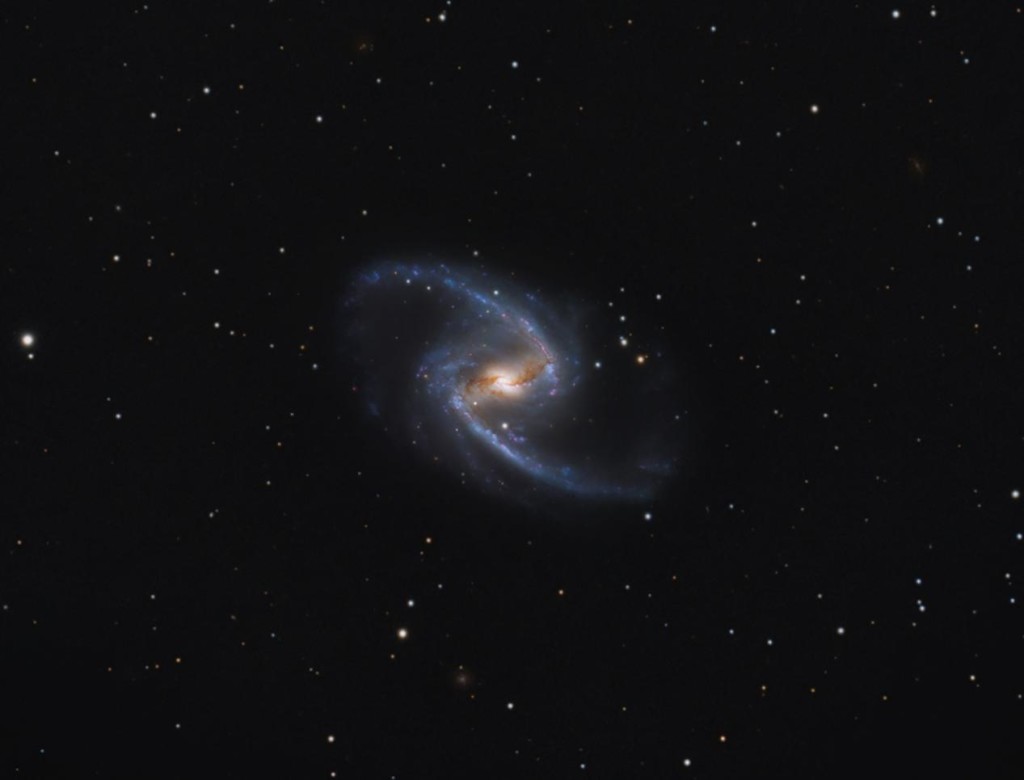 One of my favorites has always been the Veil nebula. This is the west arc NGC 6960. I used the 1600MM-c and combined RGB with Ha and OIII data to bring out the nebulosity and maintain decent color and dynamics in the star field. The Hyperstar was very useful in getting data quickly with the short amount of time available in the summer night. M13 the great globular in Hercules was captured using the 1600MM-c on the C14 at f/7 with only 30 second exposures. This allowed me to control the dynamics better and preserve the core and star color. The 14” aperture really brought out the resolution. This image of NGC 2392 The Eskimo Nebula was published in the March 2019 issue of Sky and Telescope. Using the 178MM-c and C14 with 1824 subs total each shot was one second long. The C14’s long focal length combined with the 178MM-c pixel resolution works very well at capturing planetary nebulae. The smaller details came to be coaxed out with the short subs. This Saturn image was captured last July with the C14 at f/11 3910mm. Even though the 178MM-c is designed for deep sky imaging it works very well for planetary imaging and is capable of fast video captures using FireCapture. The LRGB was enhanced using an IR742 filter for luminance. In addition to online digital galleries my astrophotography work has been displayed in local art galleries.

Q5: What do you think is the most difficult part of astrophotography? Did that frustrate you?

The most difficult for me is not having enough time and optimal conditions for imaging. Where I live the nights are clouded out 90 % of the time and most of the area is plagued with light pollution. The second issue is getting the mount and capture software to consistently behave each night. I alieved my frustrations by using a Hyperstar and large 14” aperture which allows me to work unguided and short 30 – 120 second exposures. The fast Hperstar imaging also lets me work with the few clear nights I have. The ZWO cameras were a major game changer. The mono cooled CMOS finally allowed me to achieve the quality images that were previously available only to expensive CCD cameras. The LRGB and narrowband data is essential for working under light polluted skies for better processing.

Q6: How many places have you been for astrophotography? Do you think it’s useful to travel to dark places?

My two favorite places locally are the John Glenn Astronomy Park and Perkins Observatory. I use these facilities for public outreach programs as well as astrophotography sessions. This way I am able to share the views on the night sky and educate the public before I begin my imaging sessions. It is well worth the effort to travel to the John Glenn Astronomy Park site as the dark skies allow me to go deeper for data acquisition and capture DSOs that would be inaccessible in light pollution conditions. 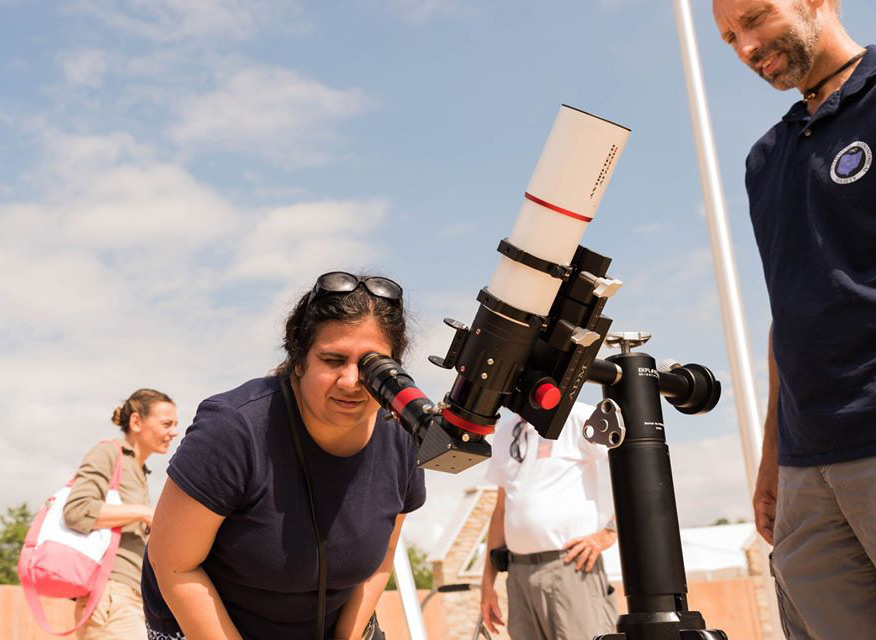 Q7: Do you have some unforgettable experience during all the travels?

The worst experience was leaving a dark site and having a raccoon run out in front of me which caused me to slam the brakes and send an 11” OTA hurling through the windshield. Lesson learned seat belt your gear! The best experience without a doubt was the 2017 Great American Solar Eclipse. I left home very early that morning and drove 5 hours south until I was in the path of totality and successfully captured the whole sequence! But because so many people traveled from all over the world to see it, it took me 14 hours to drive back home. It was totally worth it (pun intended).

Q8: Would you like to share with us one of the most useful skills you think regarding astrophotography?

For me to get the most out of my light polluted skies is to equally utilize PixInsight and Photoshop. I work through slow incremental steps in PixInsight to prep each filter stack and clean up the background skyglow and noise. Then I bring the combined color image into Photoshop where I carefully work in multiple layers with artist palettes to bring out the finer details with emphasis on aesthetics. I think it’s important to be tempered with the powerful tools in your software arsenal and showcase the deep sky objects as they really are, not going overboard on color saturation and sharpening.

Q9: Would you like to talk about how did you capture your winning image M78?

M78 has two challenges to it. The first is that it is a reflection nebula that spans across all of the broadband spectrum. So dark skies are essential as narrowband filtration cannot be utilized and the area has a wide range of IFN, dark nebula, and hot star illuminated nebulosity. The second challenge is M78 resides in the geostationary zone of the south sky. So not only do you have moving satellites to contend with but the geostationary ones. I captured 120 subs total and 40 of them has satellite trails. I was surprise though that median stacking in PixInsight canceled them all out so I didn’t lose a lot of data. 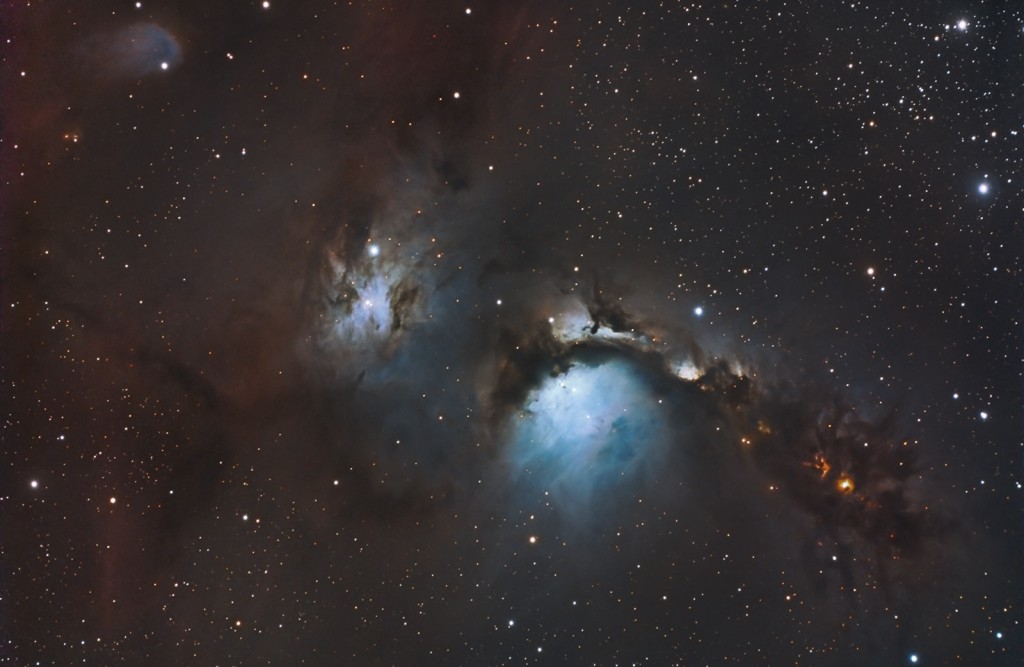 Q10: Which ASI camera do you use? How did that come to you to buy your first ASI camera?

For M78 I used the ASI1600MM-c with Baader 2” LRGB filters. My first ZWO camera was actually the 120MC which was my planetary imaging camera when it first came out and doubled as an autoguider on occasion. I soon switched to the 120MM for the improved sensitivity in guiding and increased resolution on planets. The 178MM-c was acquired when that became available and is probably the best purchase I have ever made as an astronomer. The cooled CMOS monochrome 1/1.8” IMX178 sensor was a significant improvement over the DSLRs I was using up to then. What makes it so useful for me is the 2.4µm pixel size. When I combined it with my C14 Hyperstar @ 684mm f/l I get a resolution of 0.72”/pixel at a fantastic f/1.9! This opened up a whole new world of narrow field DSO imaging previously unobtainable for me. Once I saw how great the images were I retired the DSLR and acquired the ASI1600MM-c for wider field DSOs and added the 8” Hyperstar to my rig for the larger targets. I have also used the 290MM and 174MM for planets, solar, and lunar work. 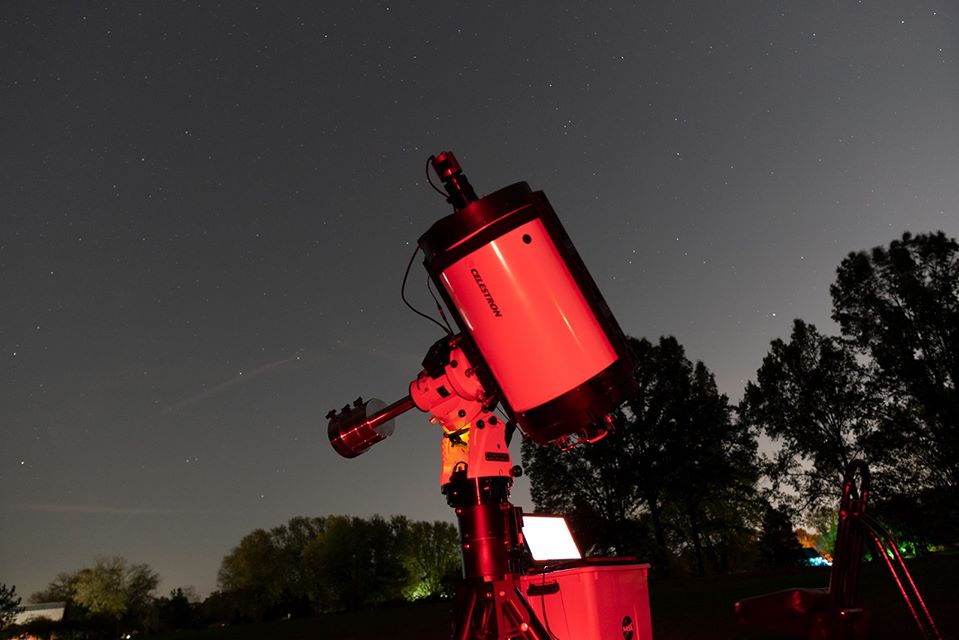 Q11: Do you know our ASIAIR PRO? Any new features you interested in?

I am familiar with it and it may be something I incorporate in the future. Cable management is not a major problem for me as I did modifications to my OTAs so they have internal 12v power distribution. Also I discovered last year the Astro-Physics controller doesn’t like powered hubs or WIFI as the signals disrupt each other. I do everything manually and unguided and use no automation so I work with a setup as simplified and hassle-free as possible. My approach to astrophotography is best summarized by Chief Engineer Cmdr. Montgomery Scott: “The more they overthink the plumbing, the easier it is to stop up the drain.”

Q12: What’s your impression of ZWO? Do you have any feedback and suggestions that want to speak to us?

I have been a big fan and proponent of ZWO for astronomy use, which is evident by the many cameras I have used of yours over the years. I am pleased with the image quality, software reliability, and most of all the low cost compared to the observatory class CCD cameras. The company has certainly played a key role in bringing astrophotography to the amateur class on a budget. I even used your cameras on microscopy in photographing meteors and gemstones and creating video captures of microscopic protozoa. Keep up the good work and clear skies!