Josh Palmer is the winner of ZWO 2020 ASIWEEK #19 and has brought us many extraordinary astronomy photos. To make our ZWOers know this excellent astrophotographer better, we make this interview. Let’s all take a look now.

Q1: At first, congratulation that your nice image won #ASIWEEK! Can you introduce yourself to us?

Hello! My name is Josh Palmer and I am a 39-year-old amateur astronomer from the United States. I really enjoy observing and photographing the Moon and planets.

Josh at one of his club’s monthly star parties in South Carolina.

Q2: When did you start astrophotography? Do you have any interesting attempts in the beginning period?

I started imaging in 2016, and my first target was Jupiter. There was something really new and fun about taking a picture of something in space. My first equipment included a Celestron NexStar Evolution 8 and NexImage 5 camera (Picture 1). Every time I tried, I got a little better. And that is still the appeal today. 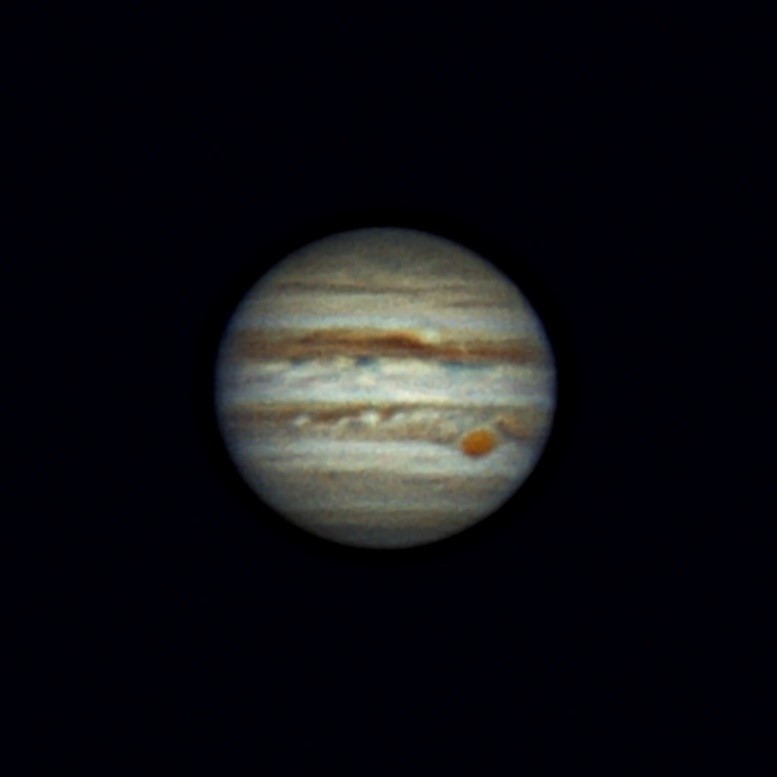 Over the next couple years, I upgraded my telescope and camera. 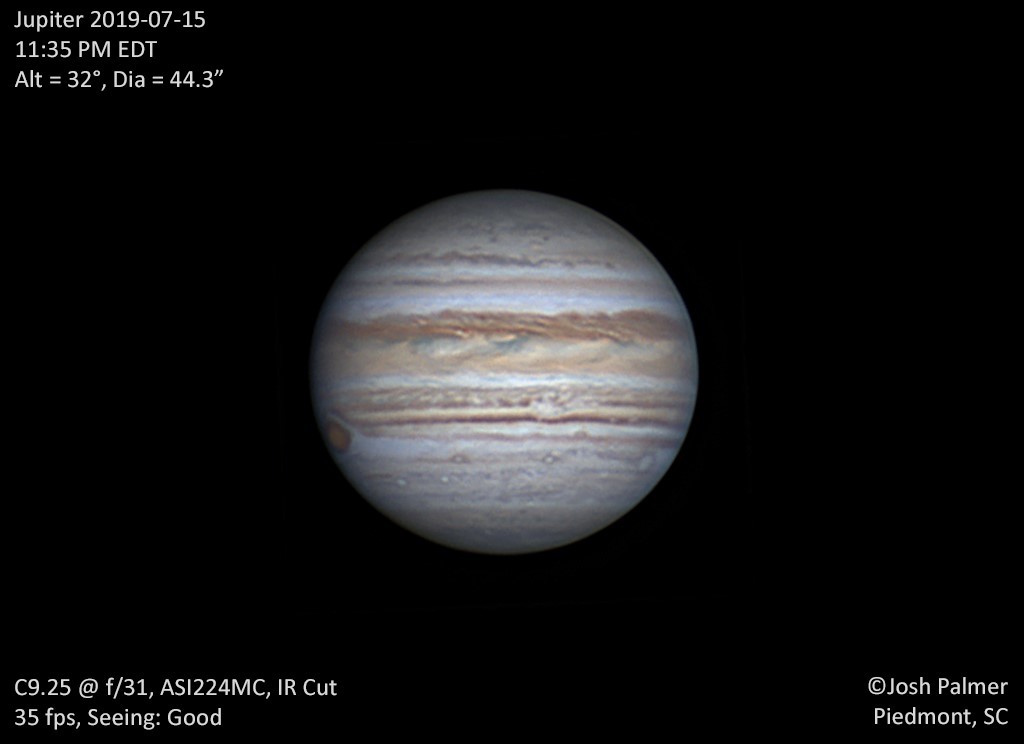 Q3: What telescope do you use for imaging? Why do you choose it?

I prefer a Schmidt-Cassegrain (SCT) fork mounted telescope, such as the Celestron NexStar Evolution 9.25 and CPC 1100 XLT GPS. I like these types of telescopes for two big reasons: They are portable and easy to set up. Also, they have a long focal length, which is well suited for Solar System imaging. 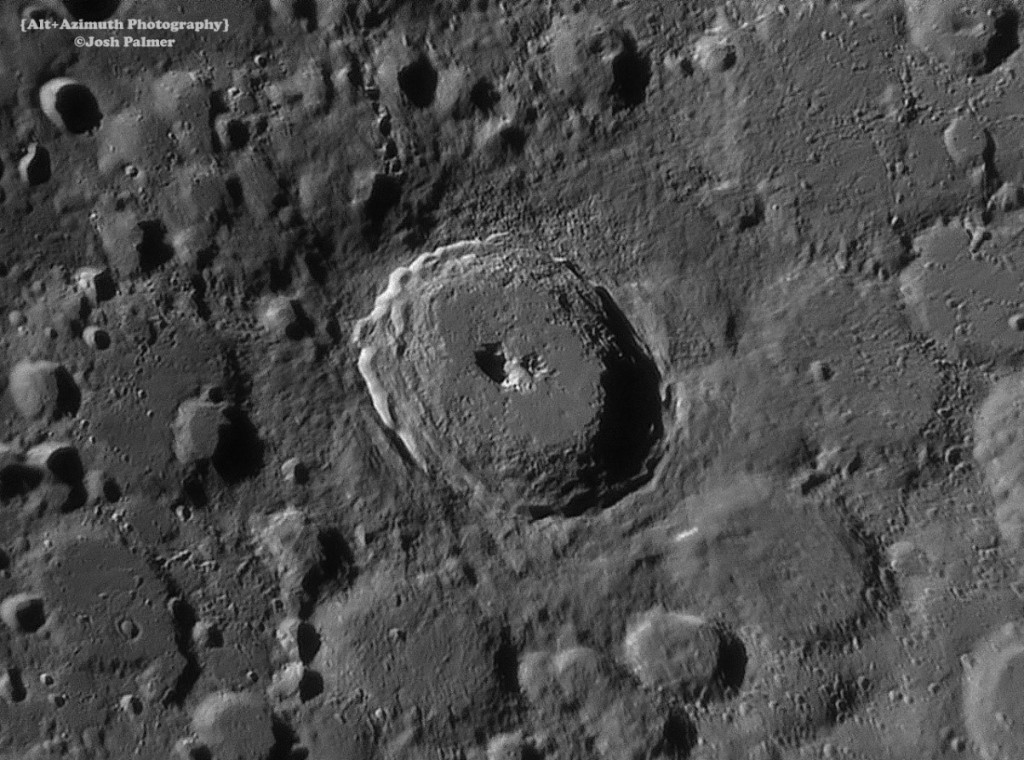 Q4: Except DSLRs and dedicated planetary cameras, we notice you also use phones to photograph planets from time to time. What different feeling these three methods give you?

I enjoy using all three cameras in different ways. My iPhone provides a fun way to snap a quick picture to edit and share on social media, especially of the Moon. 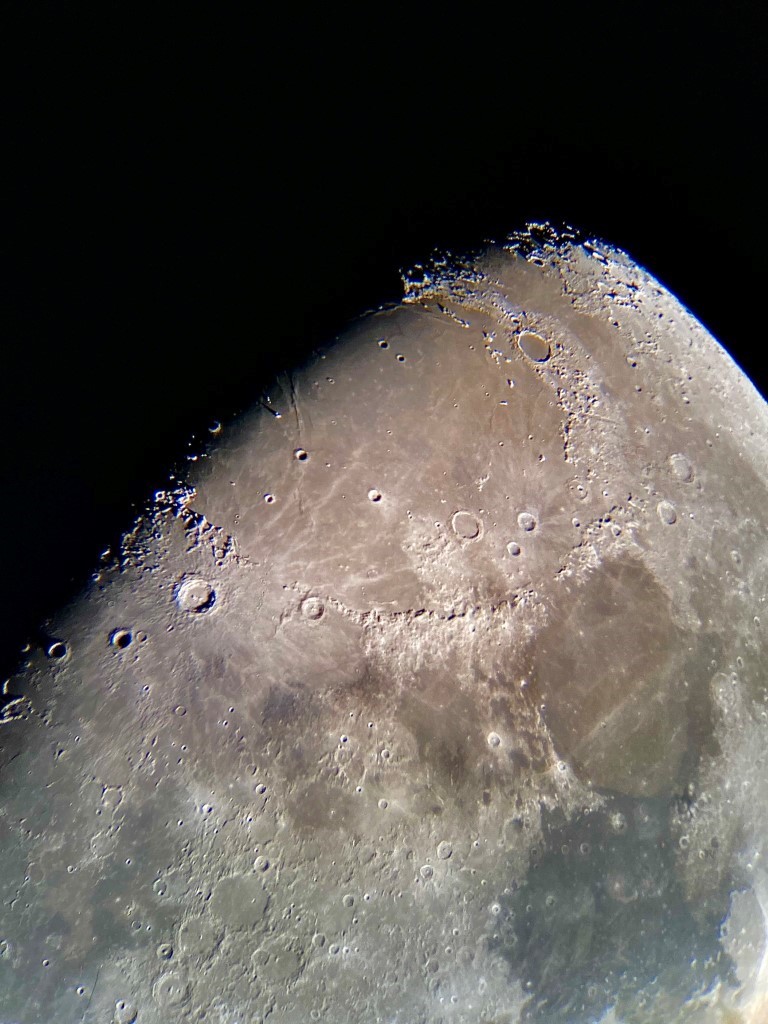 My DSLR is used for wide shots of the moon, where I can stack multiple exposures. This gives me a wide, detailed image of all the visible Lunar features. 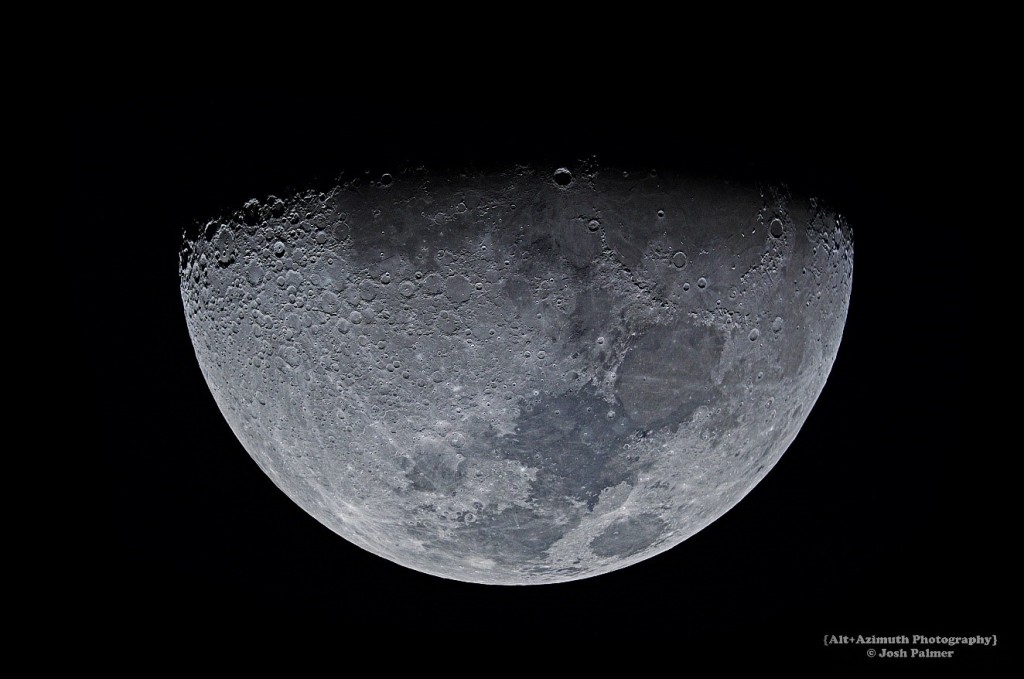 Waxing Crescent Moon, taken with C11 and Sony Alpha A57.

Finally, I use my planetary camera when I want to get a sharp, magnified view under good conditions. 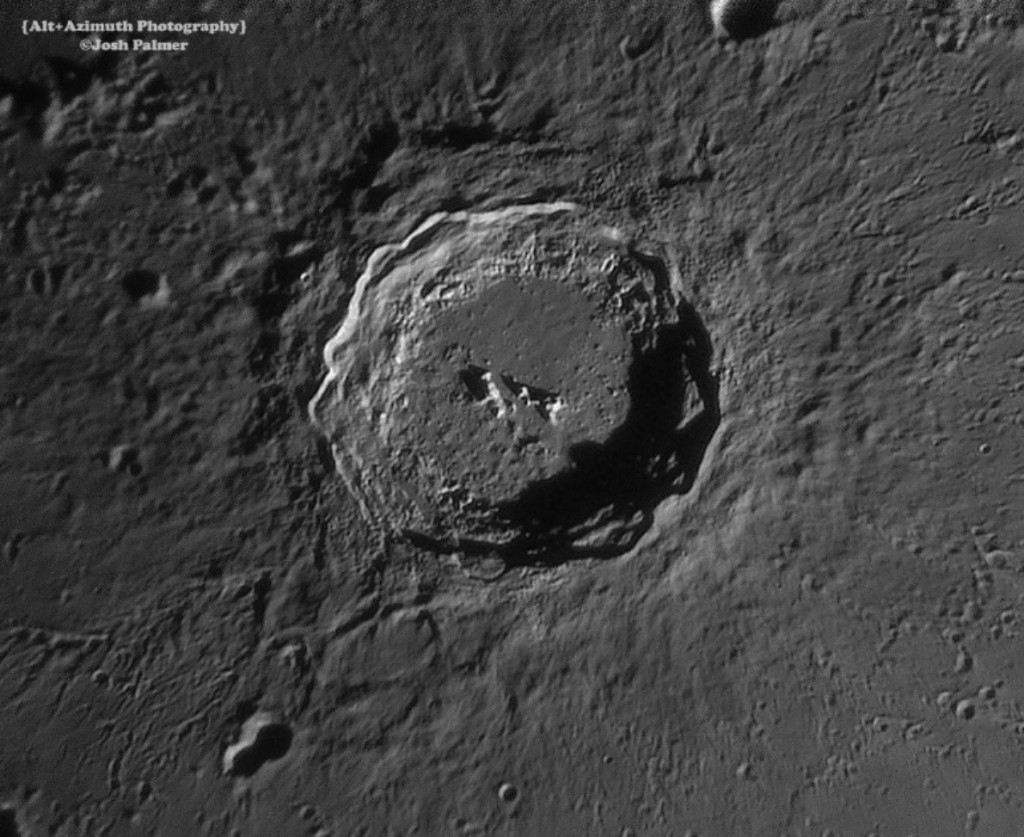 Q5: Do you have good altitude of planets in your region? And how about the seeing condition?

We are located at 34 degrees latitude, which means the planets reach a reasonable altitude. The seeing conditions are generally good here, with a lot of clear nights and stable air during the warmer months. I live in a rural area, with a moderate amount of light pollution. 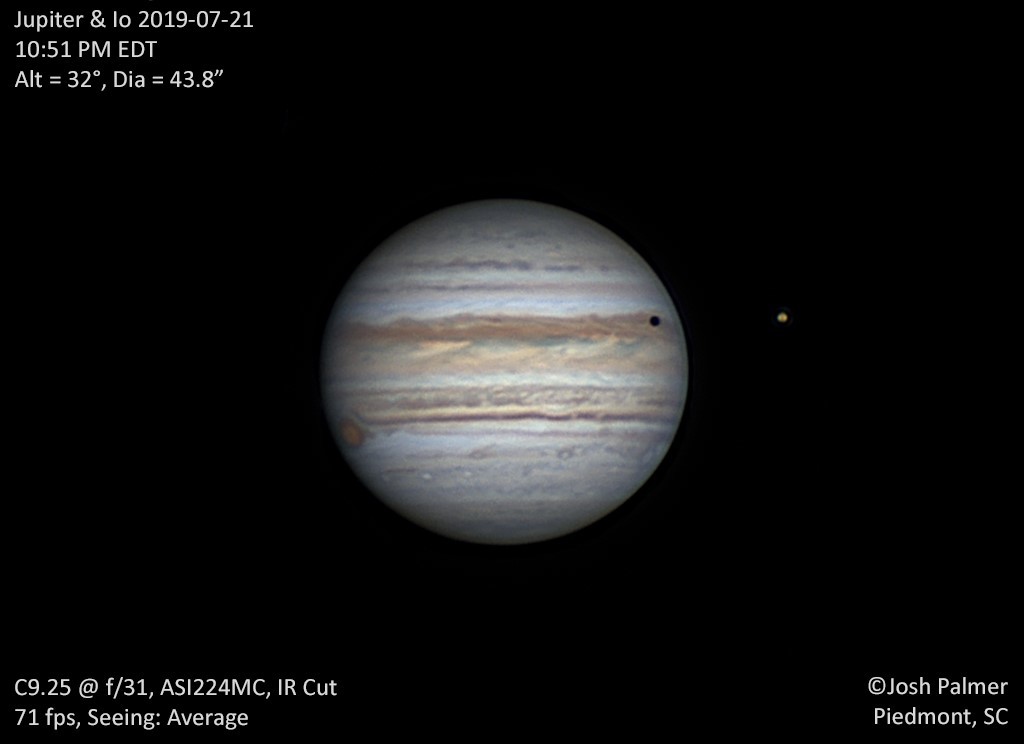 Q6: Are you also a fan of luck imaging when photographing planets?

Yes, I always use lucky imaging when photographing with my ZWO camera. The ASI224MC features a very high frame rate, so I will capture thousands of frames at a time and keep only a small fraction of those. This is how I can create a clear image of a planet even when the air is moving through the atmosphere. 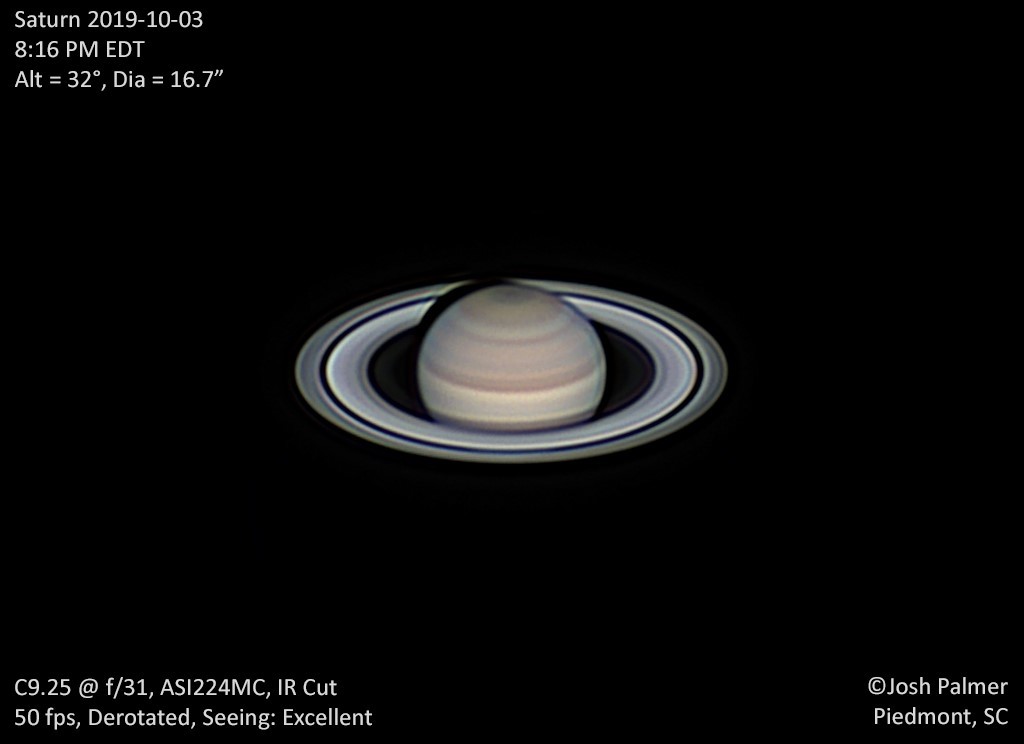 Q7: It seems to us that you more like planetary imaging, but have you ever tried DSO imaging?

I have tried DSO imaging, but my alt-azimuth mount and long focal length are not well suited for this type of photography. I am limited to short exposures and the only object I have had luck with (so far) is M42, the Orion Nebula. I would like to try more DSO imaging in the future, but I am still very focused on solar system objects. 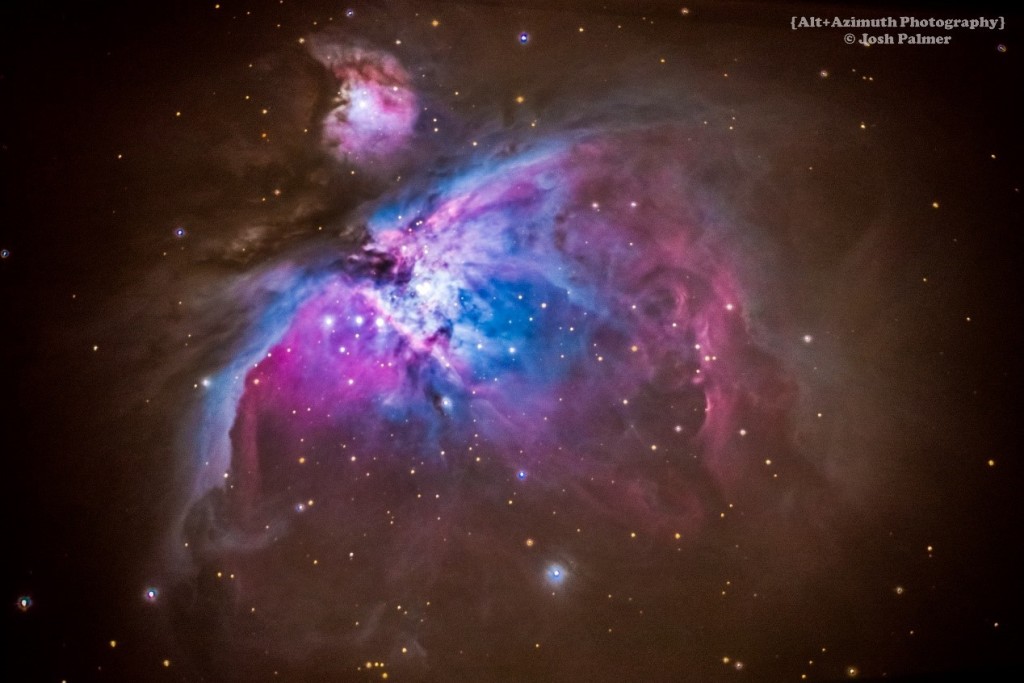 Q8: What filters do you most commonly used? At which target? Can you tell us your experience in using filters at planetary imaging?

The only filter I have used with my ZWO is the IR Cut filter. I use this due to the camera’s high infrared sensitivity and to keep dust and dirt out of the camera. Since I use a color camera, I do not require filters to produce an image. This is one of the main reasons I chose this camera: the convenience. 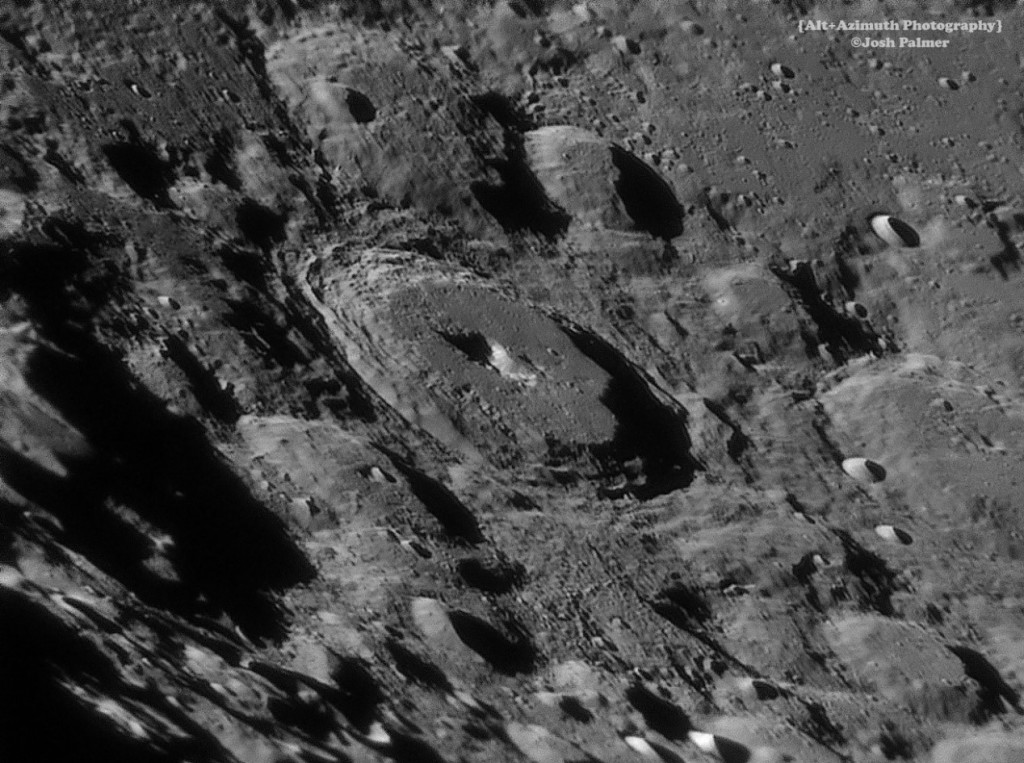 Q9: ADC is a very good accessory for planetary imaging. But it’s hard to calibrate it. Could you share us some skills of using ADC?

The ADC provides a noticeable improvement in the sharpness and color of my planetary photos.

I was intimidated at first, but this device is actually simple to use. First, I reset all knobs to their default positions. Then, I insert the ADC before the Barlow lens to maximize its effect. (This also increases the overall focal length.) Next, I rotate the body until the knobs are level and pointing to the right. Make sure all of the pieces are tightened down; you don’t want your camera or ADC to fall out or slip. Now that the device is connected, it needs to be set. There is an ADC calibration tool in the FireCapture program, which I use for video capture; all you need to do is adjust the knobs until the white circles are aligned in the center of the onscreen target. Keep in mind that the planet will shift in the field of view as you make adjustments! My current setup, including the CPC, ADC, Barlow, and ASI224MC camera.

Q10: When did you know ZWO? What’s your first ASI camera? Do you have other ZWO products?

I bought my ASI224MC ZWO camera in 2018 based on many reviews and example images online. It was my first ZWO product, but I later added the ZWO IR Cut filter and ADC. I am still quite satisfied with my camera and plan to keep it for a while. 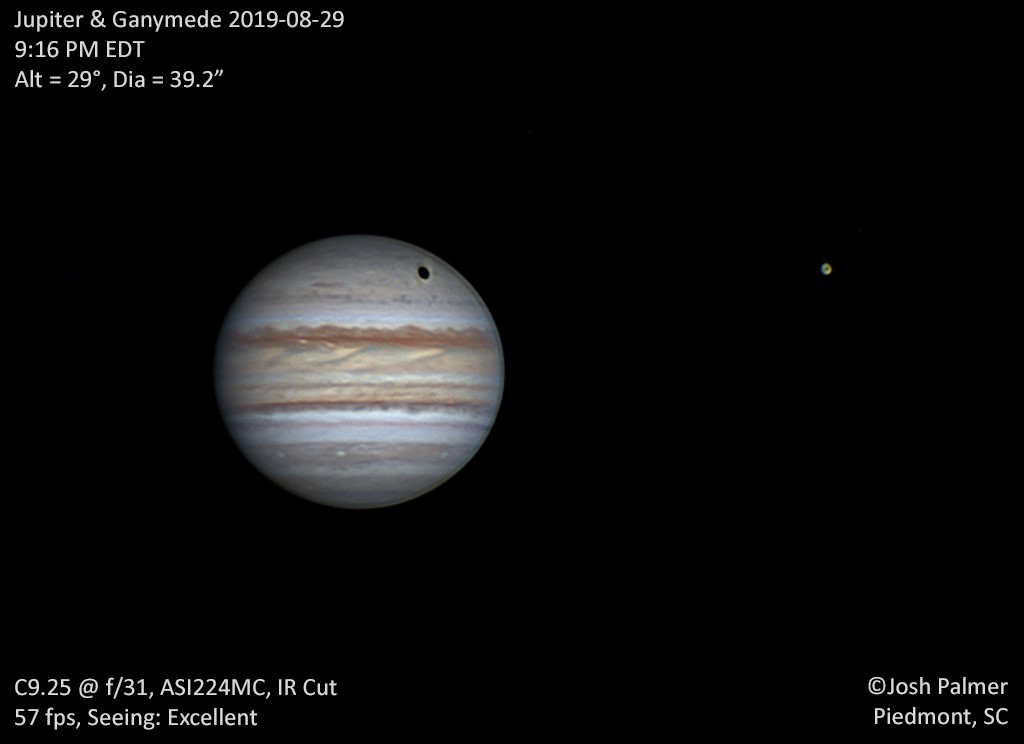 Q11: What do you think is the most important parameter of a planetary camera?

The frame rate of the camera is very important to me. If you can capture more frames in a short period, you will have more available to stack. This increases your detail and reduces noise. It can result in a lot of data, though. On a good night, it’s not uncommon for me to fill my hard drive with AVI files, so plan ahead to make sure you have somewhere to save your data! Q12: What’s your impression of ZWO? Do you have any feedback or suggestion to us?

My impression of ZWO is very positive. When I started this hobby, it was clear that ZWO was a leader in the field. The products are durable, cutting edge, and ZWO stands behind them. All at a reasonable price. I was immediately impressed at the build quality of my camera. Also, I really appreciate the ZWO online community and the opportunity for astrophotographers to share their results. Thank you for your hard work, and I look forward to what’s to come! 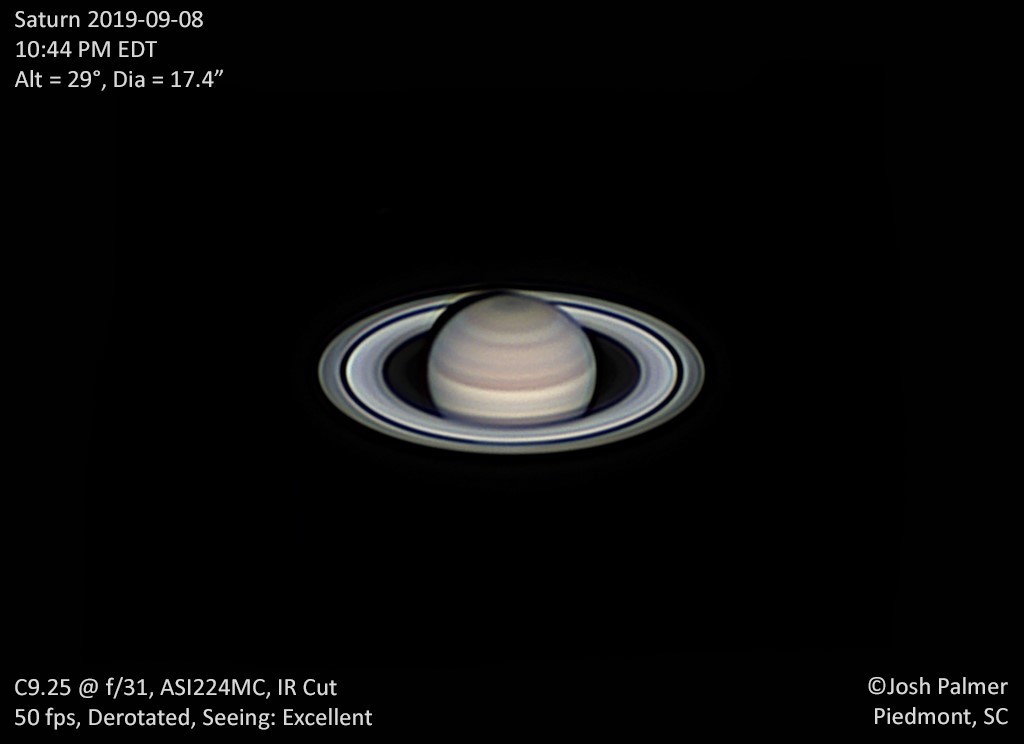