My name is Logan Carpenter and I am 57 years, living in Auckland, New Zealand. I am married to Lisa and have two sons, William (15) and Samuel (27) and very recently, a grandson (14 weeks). As a Pathologist, I spend my days looking down a microscope and when the clouds allow, spend as many nights as possible under the stars with the telescope. I also enjoy fishing and skiing. 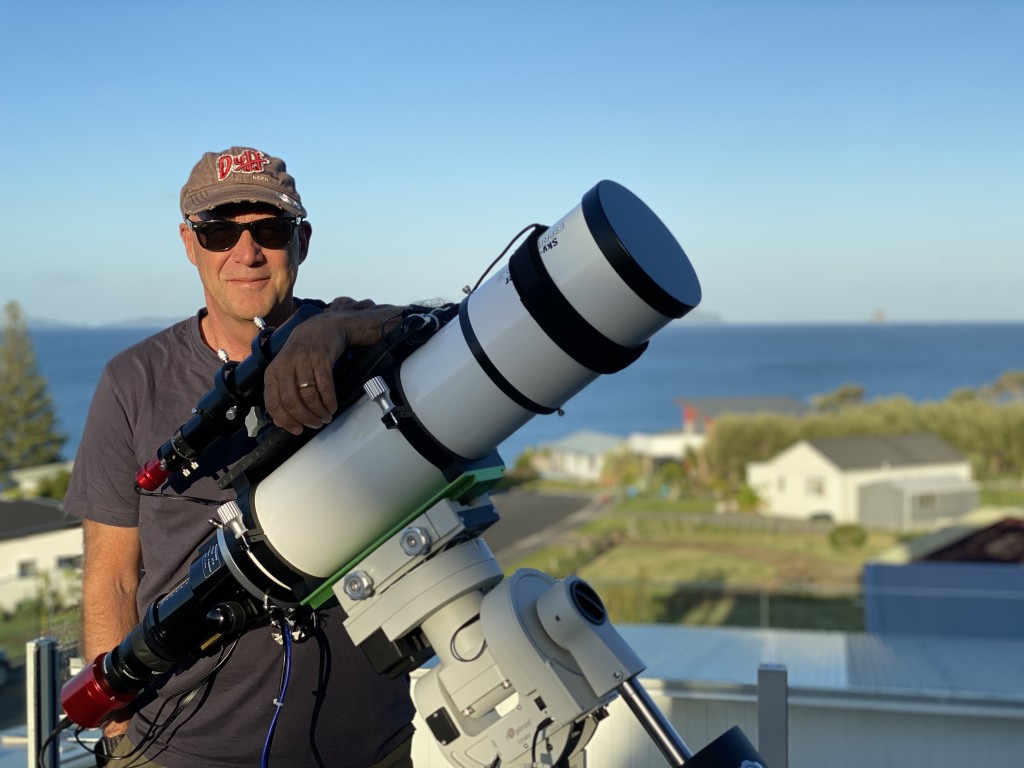 Q2: Why do you love astronomy? When did you start pointing your camera towards the sky?

My love for astronomy started in my early twenties when my father purchased an 8” Meade 2080 SCT. There was no GOTO mount available back then so I mostly observed the planets and did attempt some astrophotography on Saturn, Jupiter and the Moon using an Olympus OM1 as an imaging camera. I imaged with black and white film that I developed myself and made prints from, in a make-shift darkroom in our basement. After a nearly 30 year hiatus, I decided it was time to get back into the hobby in Feb 2019 and was completely blown away by what was now possible, imaging from the light polluted, suburban backyard with equipment available to the amateur astronomer. 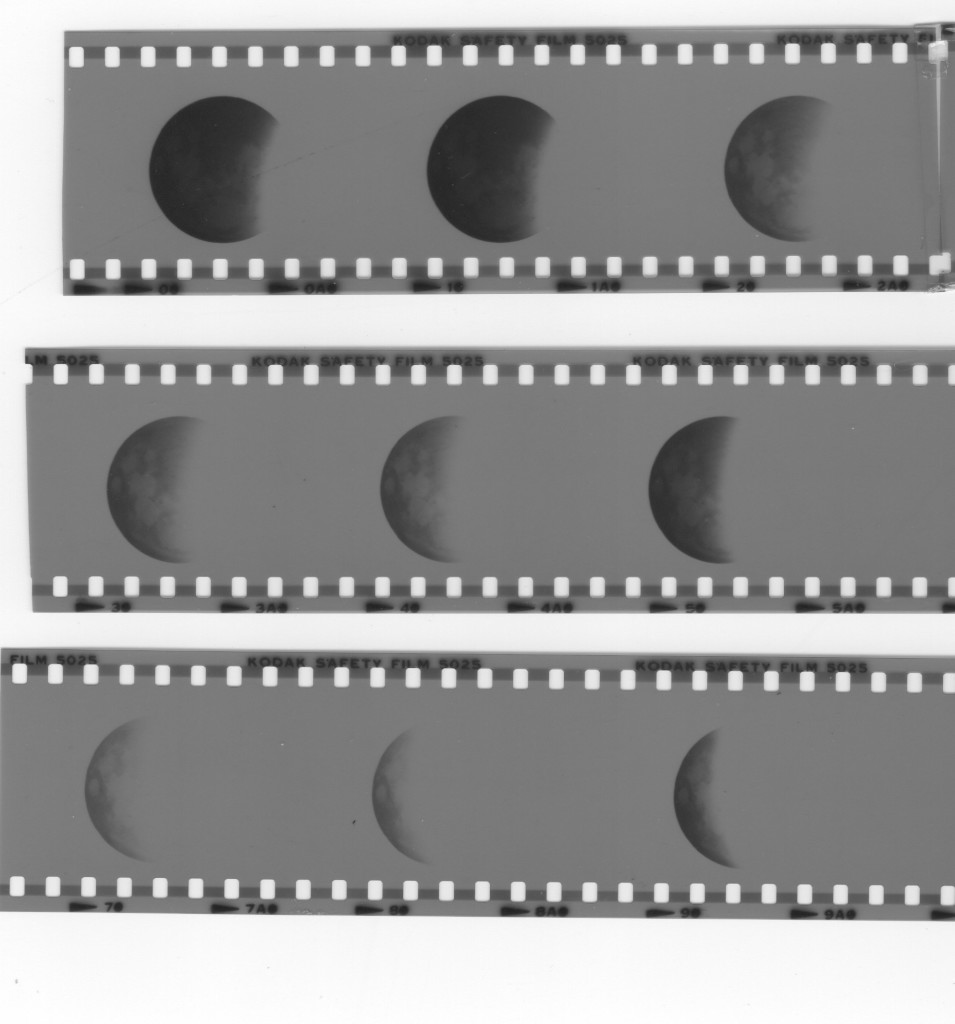 Film strip showing some of the images taken during a lunar eclipse with the Meade 8” SCT and Olympus OM1 camera.

Q3: On a scale from 1-10, how much would you rate your obsession with astrophotography?

I defaulted to my wife’s opinion on this and without hesitation she said “10”. I couldn’t really argue with that.

Q4: What gear do you use and why do you choose them?

I purchased a 10” Meade SCT in Feb 2019 and an iOptron AZ pro mount but soon realised that I would need an equatorial mount if I wanted to get more seriously into astrophotography. So later that year I bought an iOptron CEM60 and my first cooled, astrophotography camera, the ASI294mcPro. Midway through the challenging year that was 2020, I then added the ASI1600mmPro, a 7 x 2” ZWO filter wheel, Optolong filters, and for guiding, the ASI290mono mini. Having seen some of the images produced by ASI1600mmPro users, it seemed like an ideal choice for getting into the more complicated world of mono imaging. For more wide-field type astrophotography, I managed to pick up the William Optics Redcat 51 and most recently purchased the Skywatcher Esprit 120ED to cover that mid-range focal length. I also have also started imaging with the ASIAIR, particularly as part of a more portable setup using the iOptron Skyguider Pro mount. 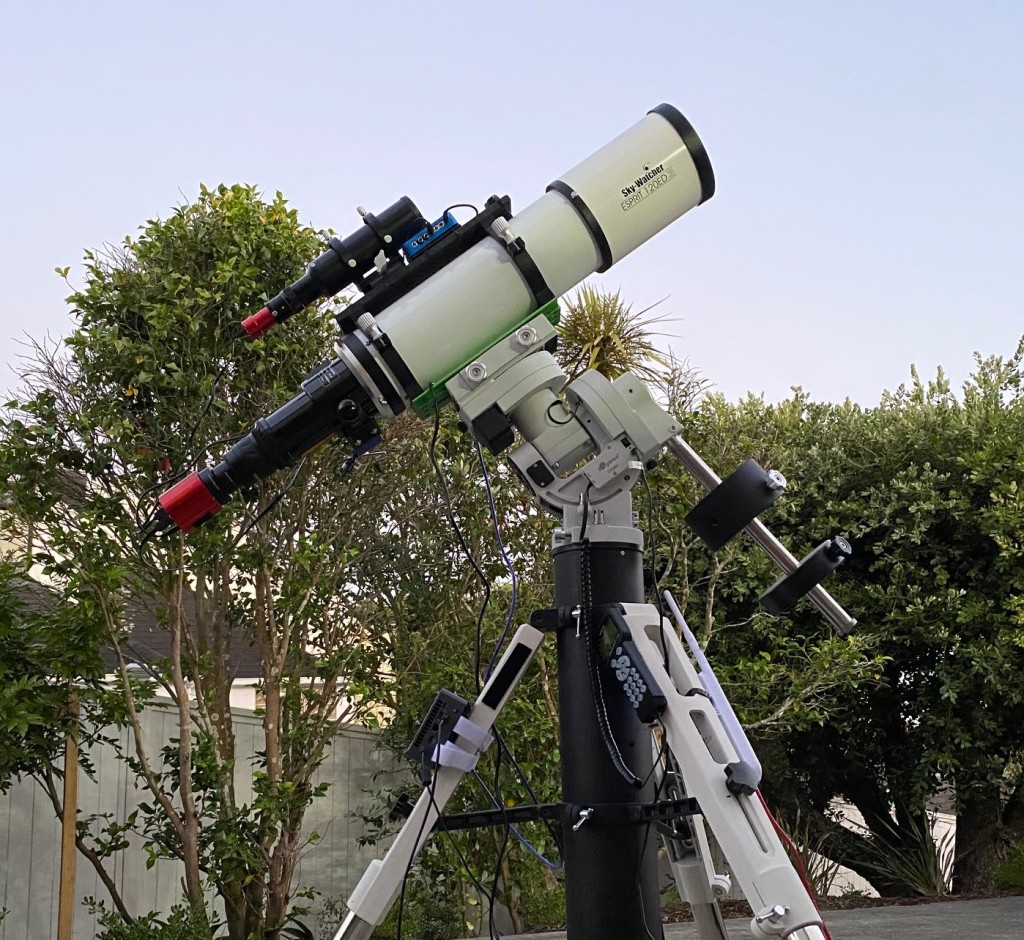 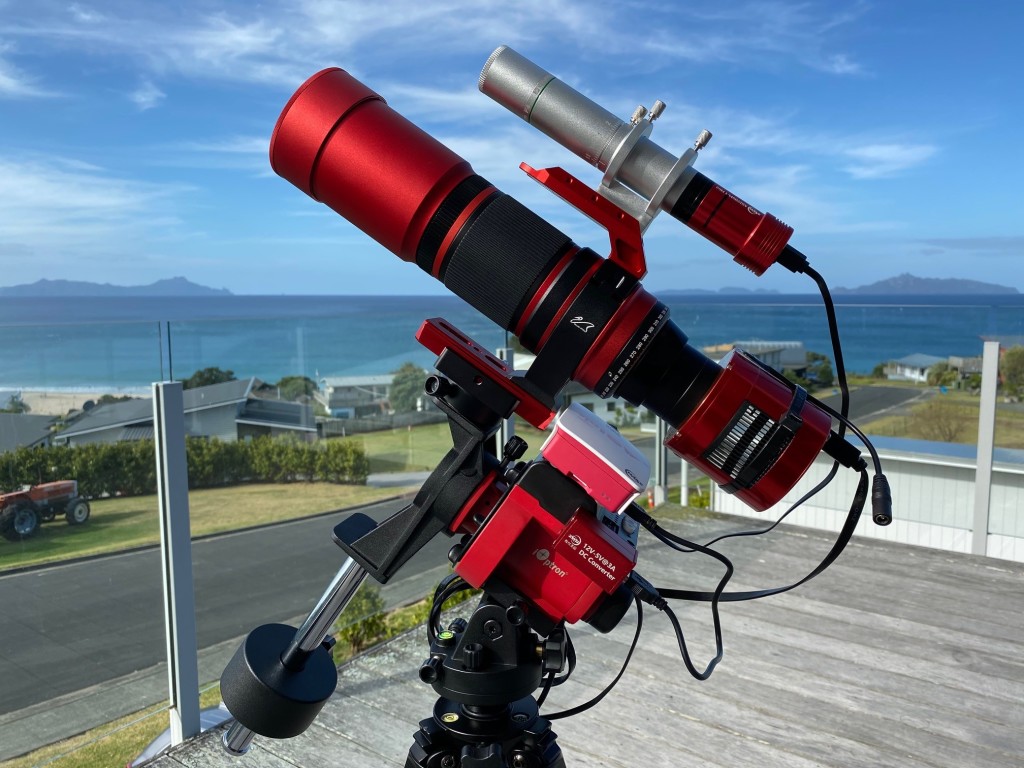 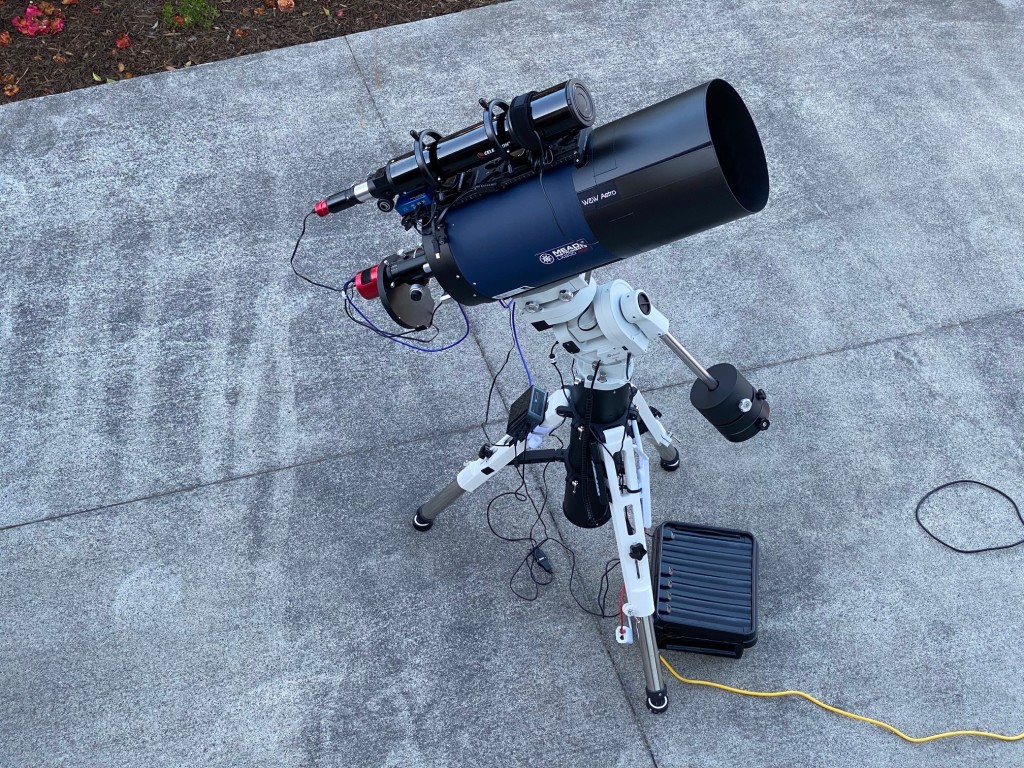 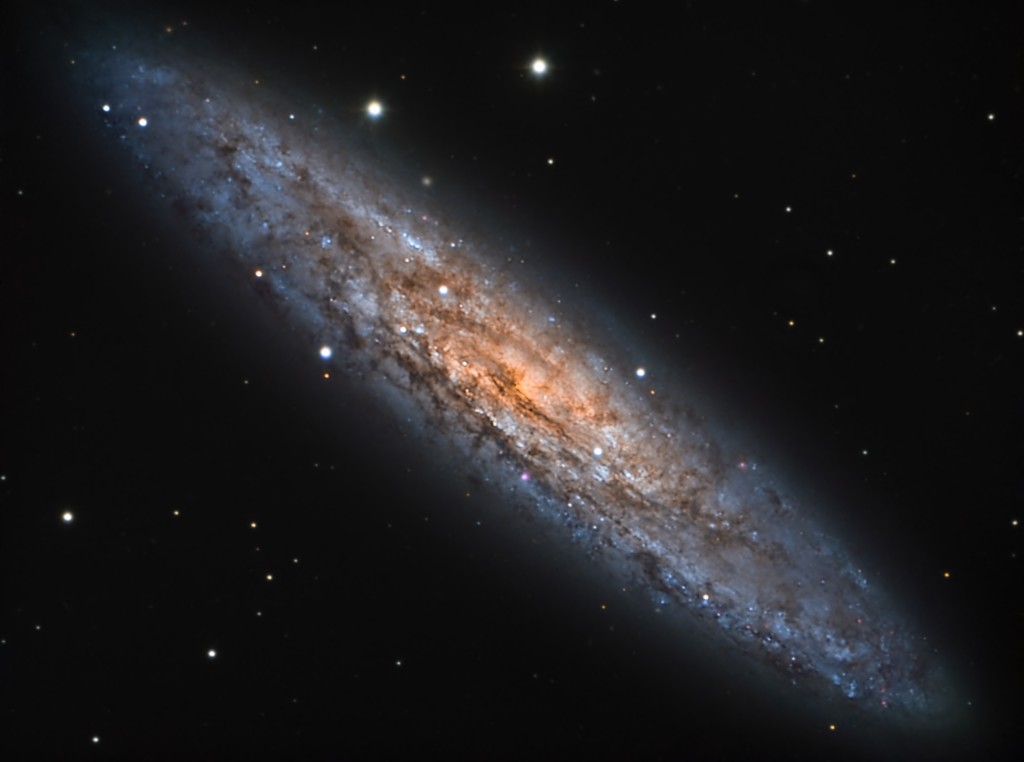 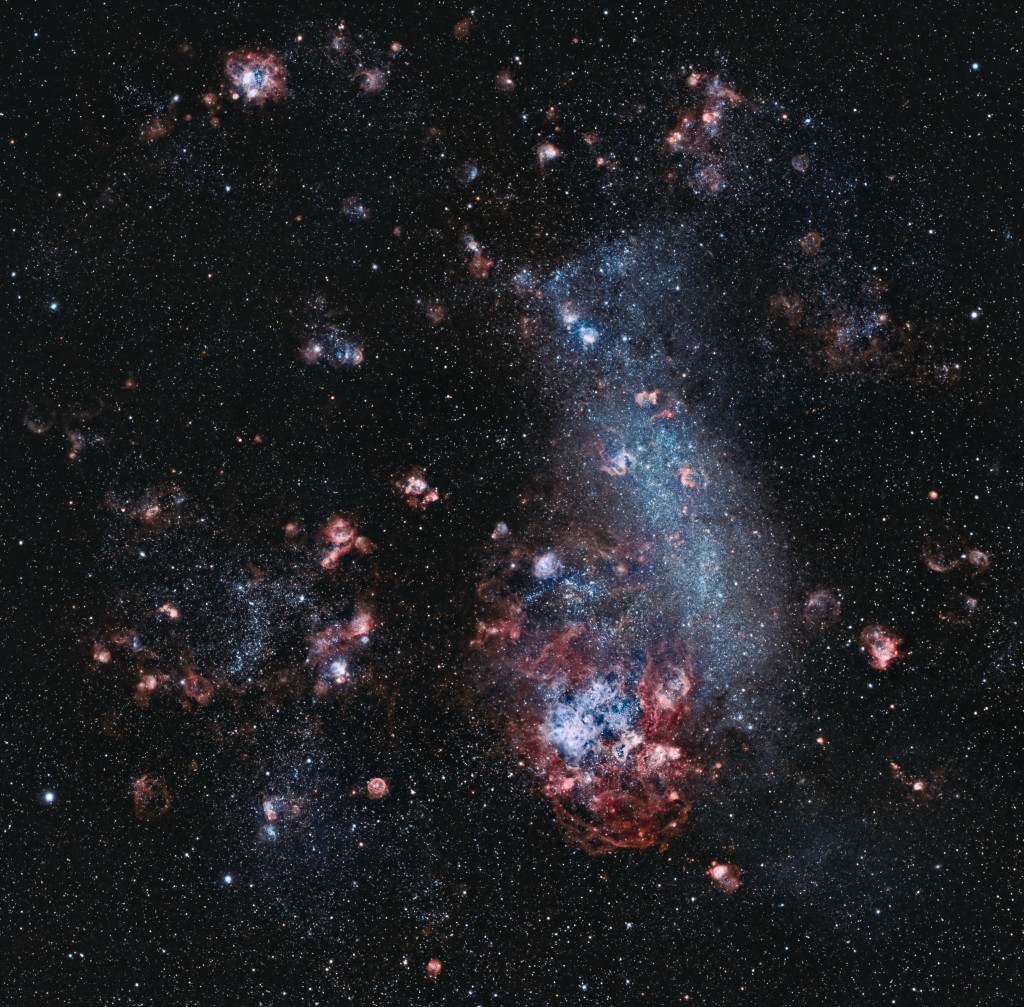 Q5: How did you capture your winning picture NGC 2359 and how did you do the post processing?

I captured Thor’s Helmet with the Skywatcher Esprit 120ED and the ASI294mcPro and using the Optolong L-eXtreme filter. It seems like the Skywatcher and the CEM60 really like each other and I soon discovered I could now do 10min and 20min exposures without any star trailing. Using the OSC ASI294 was a good way of quickly accumulating subs without having to do multiple filter runs and the camera did a great job of picking up the Oiii component of this target combined with the L-eXtreme filter despite the 98% moon phase. I collected images over three nights with a total integration time of 8.7hrs. I like to calibrate and stack my images using Astro Pixel Processor and then do the bulk of the processing in Pixinsight. I then make a few final tweaks in Photoshop. 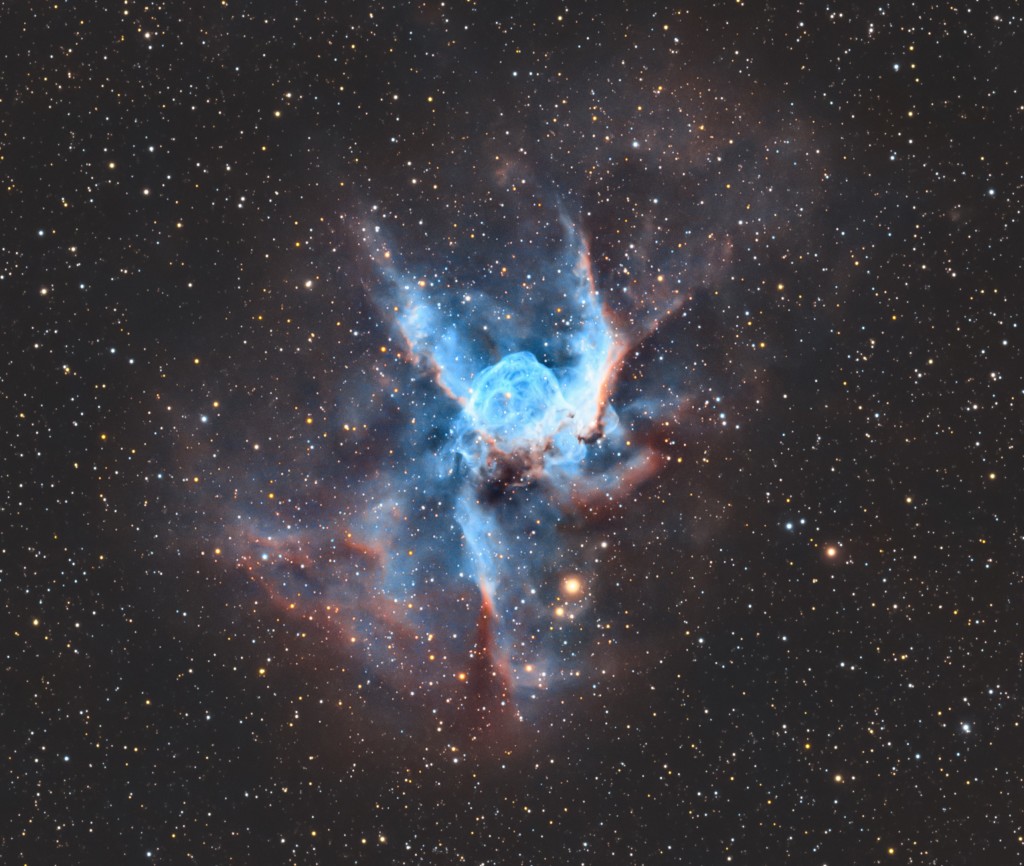 Q6: Where do you normally take astrophotos? From your backyard or somewhere remoter but darker?

Normally I take my astrophotos from my home in Auckland which is realistically a Bortle 6 site. However, I do get the opportunity to also do some imaging from a more rural suburban site in Langs Beach, Northland which has a Bortle 3 to 4 sky. 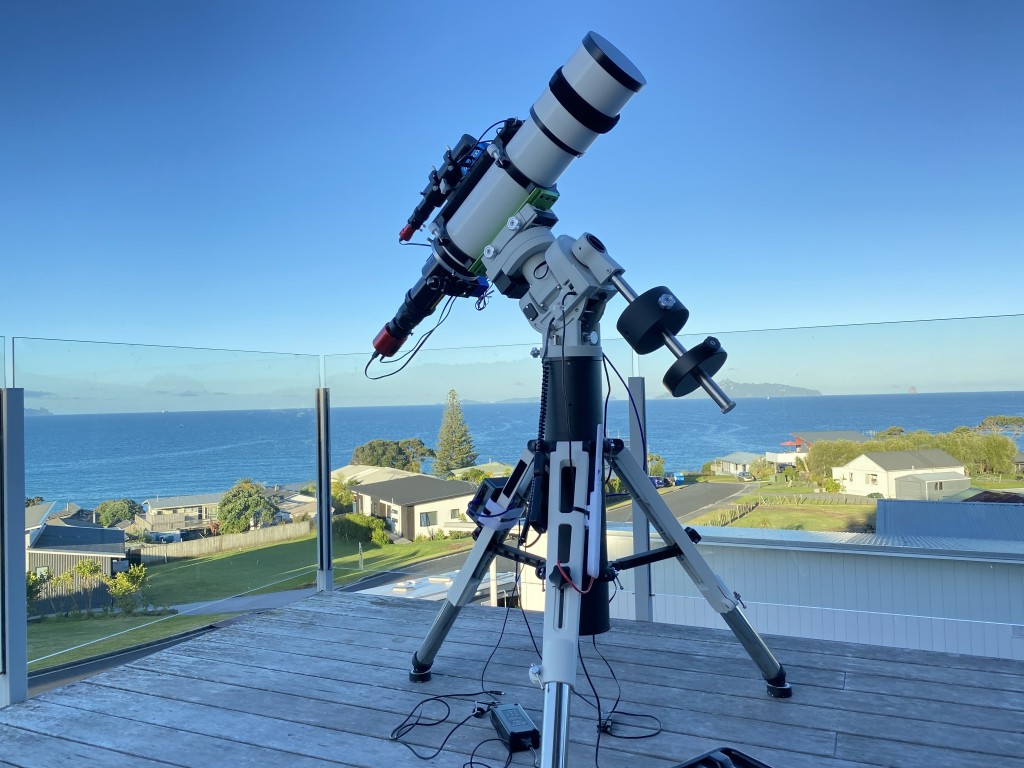 Q7: Do you have any unforgettable experience during these years of astrophotography?

I guess my most unforgettable experience would be seeing that first image I captured through the 10” Meade with my Sony DSLR of the Carina nebula. Suddenly I could pick up some of the shape and colours of a nebula 8,500 light years from my backyard. I remember that night, eagerly pointing the telescope at as many targets as I could and being completely blown away by seeing the spirals arms of another galaxy, Messier 83!

As for my most scary, it would be walking out to the driveway at 1 am to pack up my telescope, camera, mount and laptop setup only to discover that clouds had suddenly rolled in and it was now bucketing down with rain! I have never moved so fast to tear down my setup and get it under cover. Needless to say, I spent the next few hours desperately drying everything out, convinced that I had just destroyed my equipment. Thankfully, it all still worked perfectly on the next imaging night. 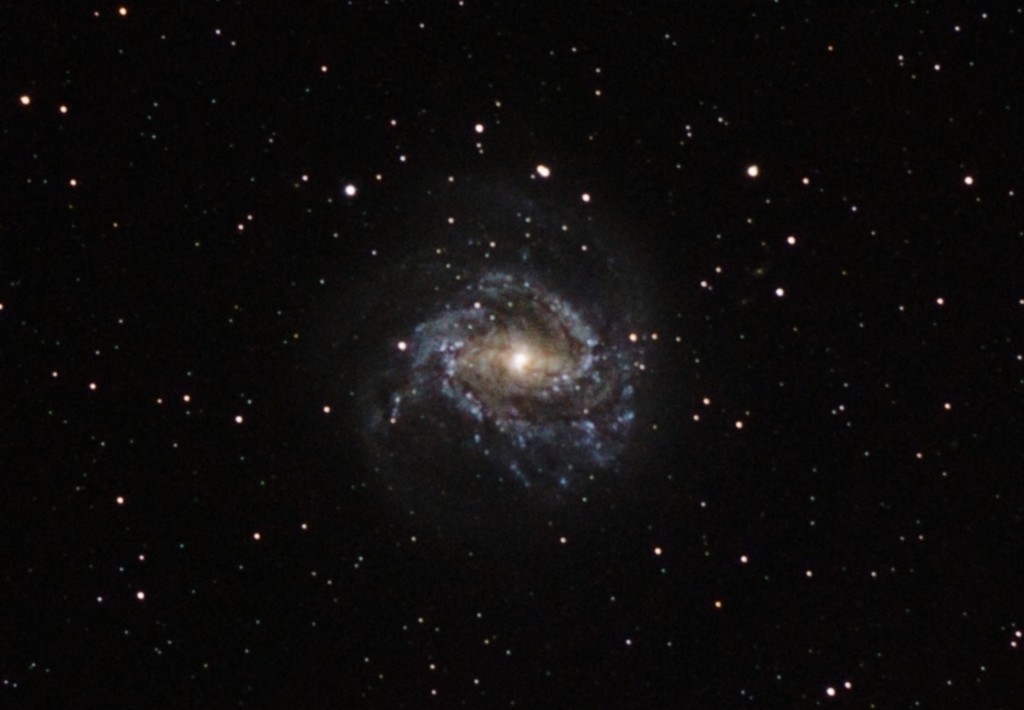 First image of M83 taken with 10”Meade  and Sony DSLR. 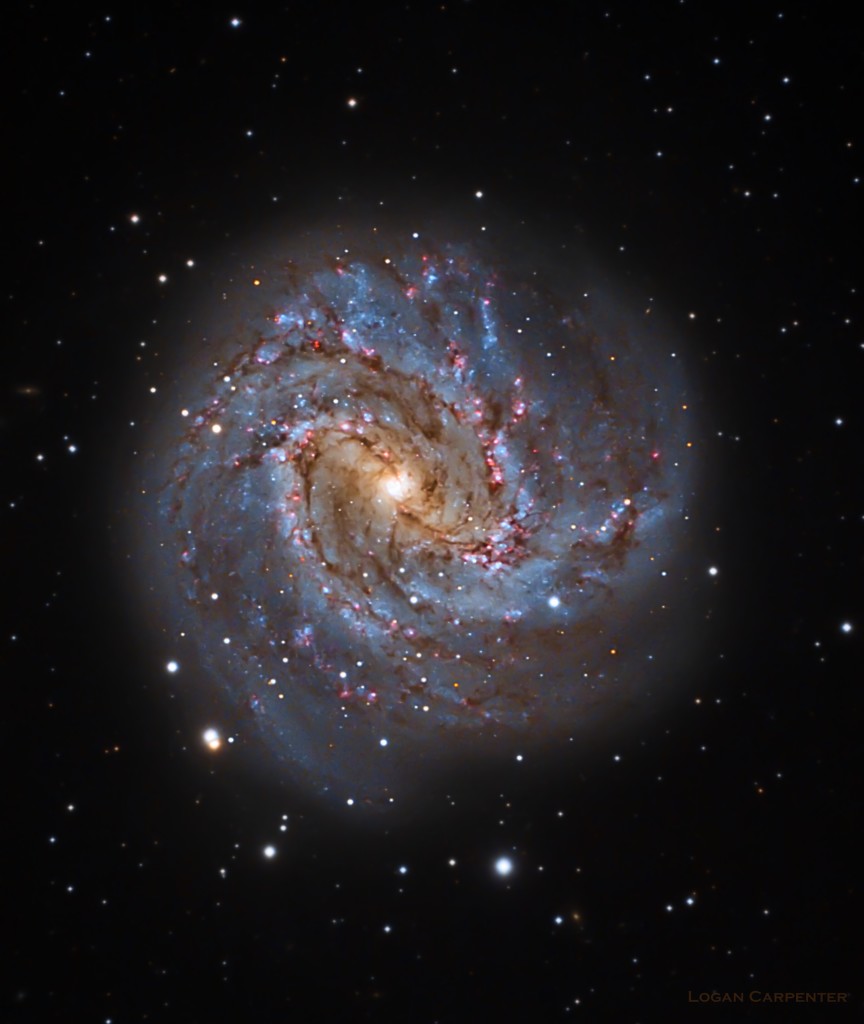 Q8: If you are asked to choose 3 words to sum up your AP experience over these years, which 3 words will you use and why?

“Mind-blowing” – what you can capture from the backyard (yeah, maybe that’s two words J).

“Blissful” – sitting out under the stars when the world has gone to bed.

“Exciting” – anticipation of the first images to appear on the computer screen of the target being imaged.

Q9: Do you have one favorite target or region in space?

I had always been intrigued by the Horsehead nebula and never thought it would be possible to capture this dark cloud of dust, so perfectly shaped like the head of a horse and highlighted by the bright red of the background ionised hydrogen, without the use of a Hubble-quality telescope. I have just imaged Barnard 33 (the Horsehead nebula) for the third time from the backyard and was extremely pleased by the detail picked up by the Skywatcher Esprit and the ASI294MC Pro. 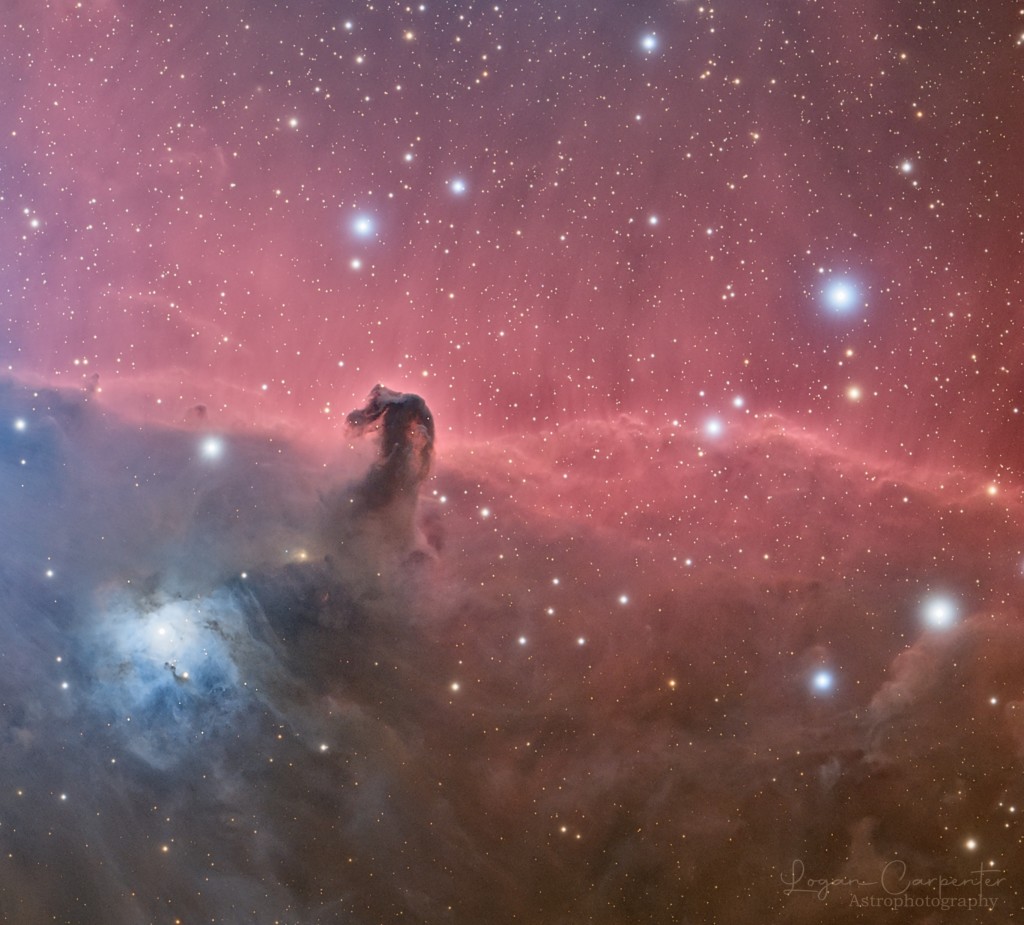 Q10: The year 2020 has ended, what achievement have you made on astrophotography during last year?

Although I still have a long way to go, I guess I am pleased with the progress I have made in developing my processing skills during 2020 and getting to know more of the techniques available in Pixinsight. A project just completed before the end of the year was a roll-off-roof observatory built in our front yard at home. 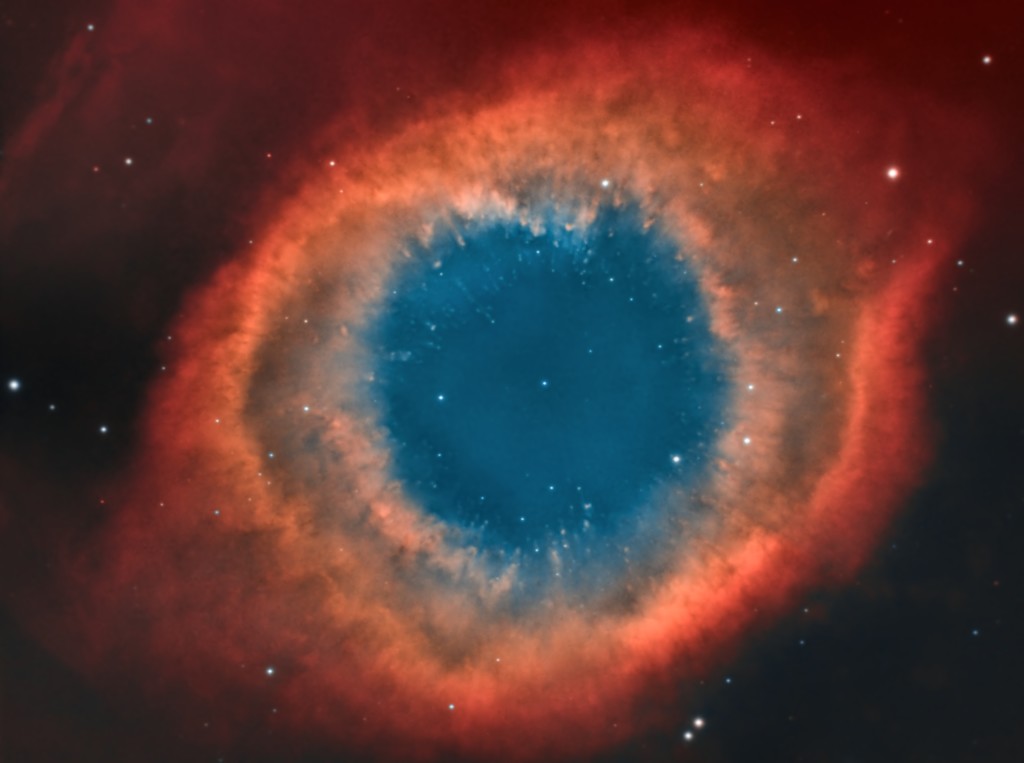 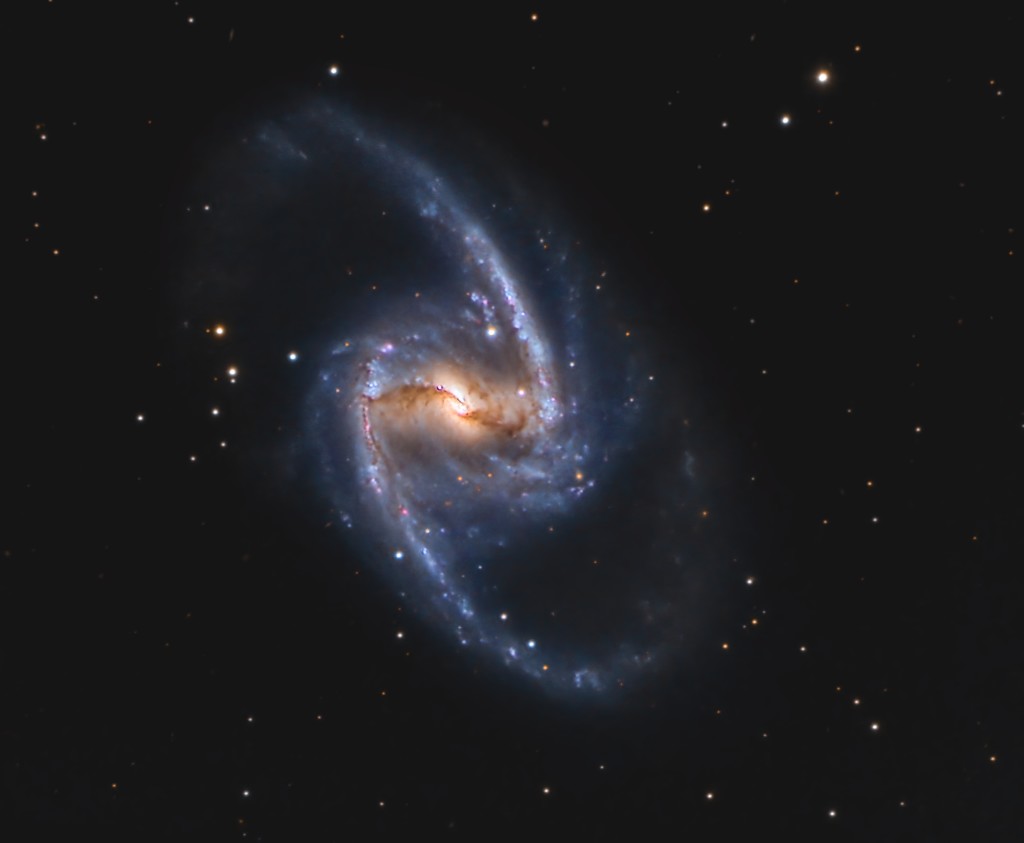 Continue to improve my processing skills and increase the integration time I spend on each DSO to pick up more detail. I am also looking forward to getting a lot more imaging time now that I have a more permanent setup available with the roll-off-roof observatory at home. 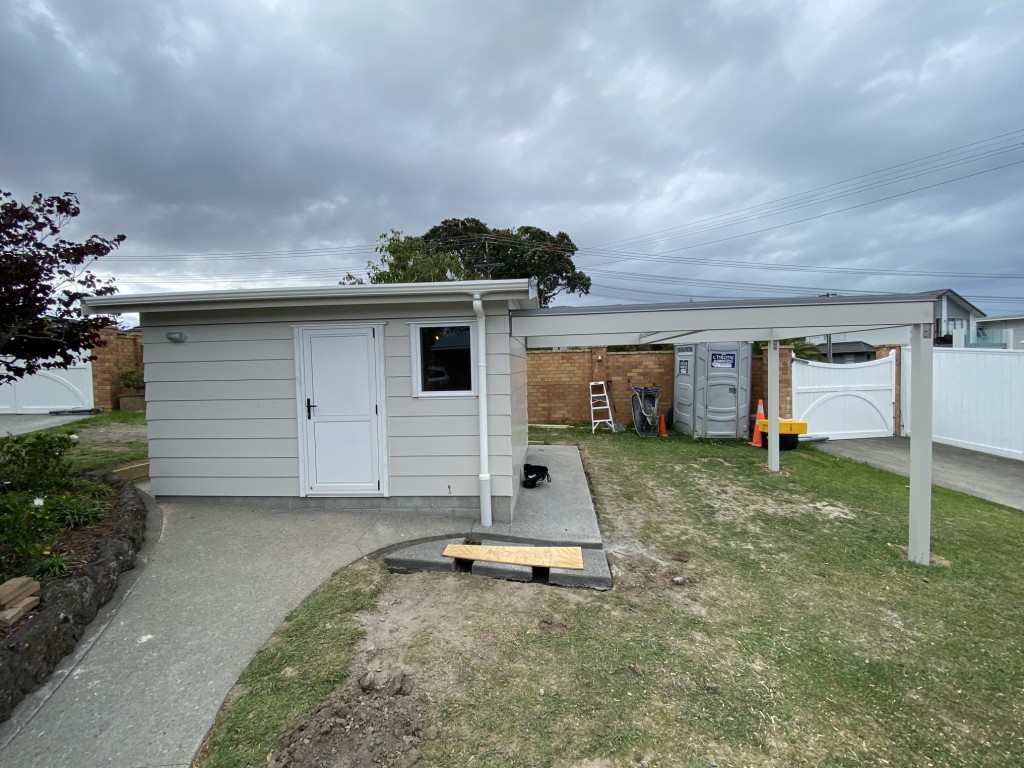 Q12: What’s your first ASI Camera? Can you tell the reason why you chose it?

My first ASI camera was the ASi294mcPro. It had great reviews on the internet and, from what I could tell, produced fantastic images. It has not disappointed, that’s for sure. 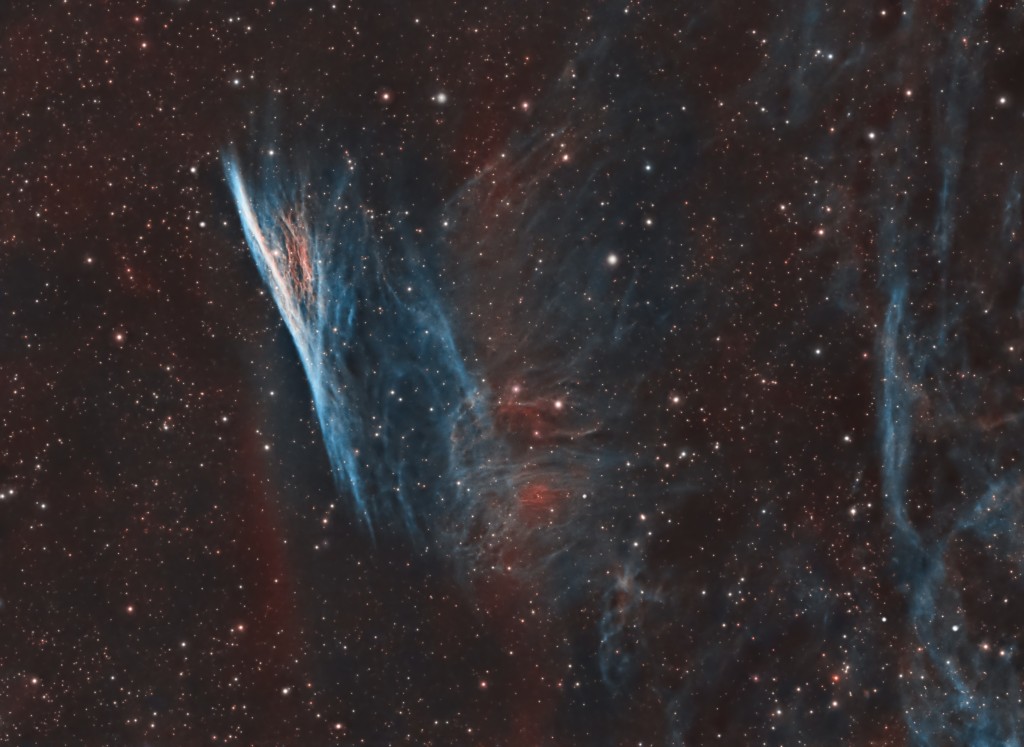 Q13: Which ASI model has a special place in your heart?

I guess it would have to be the ASI294, because it was the first real dedicated cooled astrophotography camera I purchased and produced my first more detailed images of deep sky objects. It is also the camera I have used the most so far. However, the ASI1600mono is competing for the top spot as I come to grips with the somewhat more complex world of mono imaging. 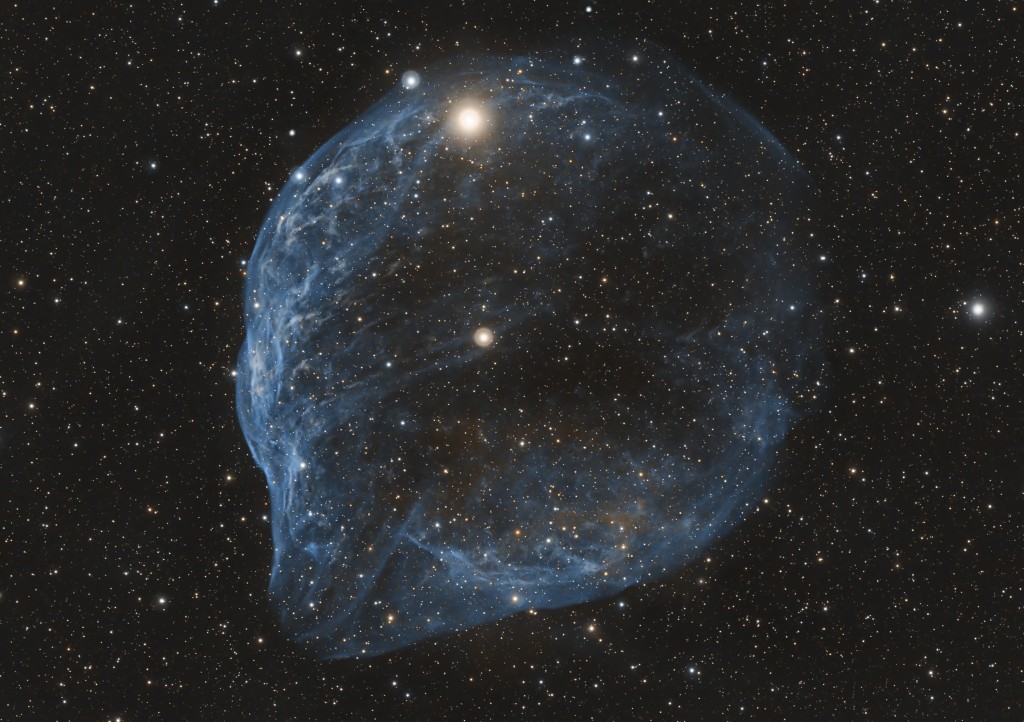 Q14: What kind of astronomy-dedicated products do you hope us to develop in the future?

Whilst this product has, strictly speaking, already been developed by ZWO, I would love to see the ASIAIR Pro continue its rapid development as a fully fledged all-in-one astrophotography unit and perhaps allow it to be used in conjunction with other third-party products.

Q15: Do you have any other feedbacks or suggestions for ZWO?