Patrick Bosse is the winner of ZWO 2020 ASIWEEK #01 and has brought us many extraordinary astronomy photos. To make our ZWOers know this excellent astrophotographer better, we make this interview. Let’s all take a look now.

Hi, I am Patrick 34 years old and live with my family in the middle of Germany. For some years I have been very interested in astrophotography. The versatility of this hobby is so exciting to me.

I love to use the telescope and the camera to bring things to light that the naked eye would never have thought it existed.

I have built my own little observatory for over a year now and it makes so much easier! A small dream has come true.

At the same time, I really like to chase the Milky Way with the DSLR. Being in unknown places alone at night taking pictures of beautiful landscapes with the Milky Way is incredible! 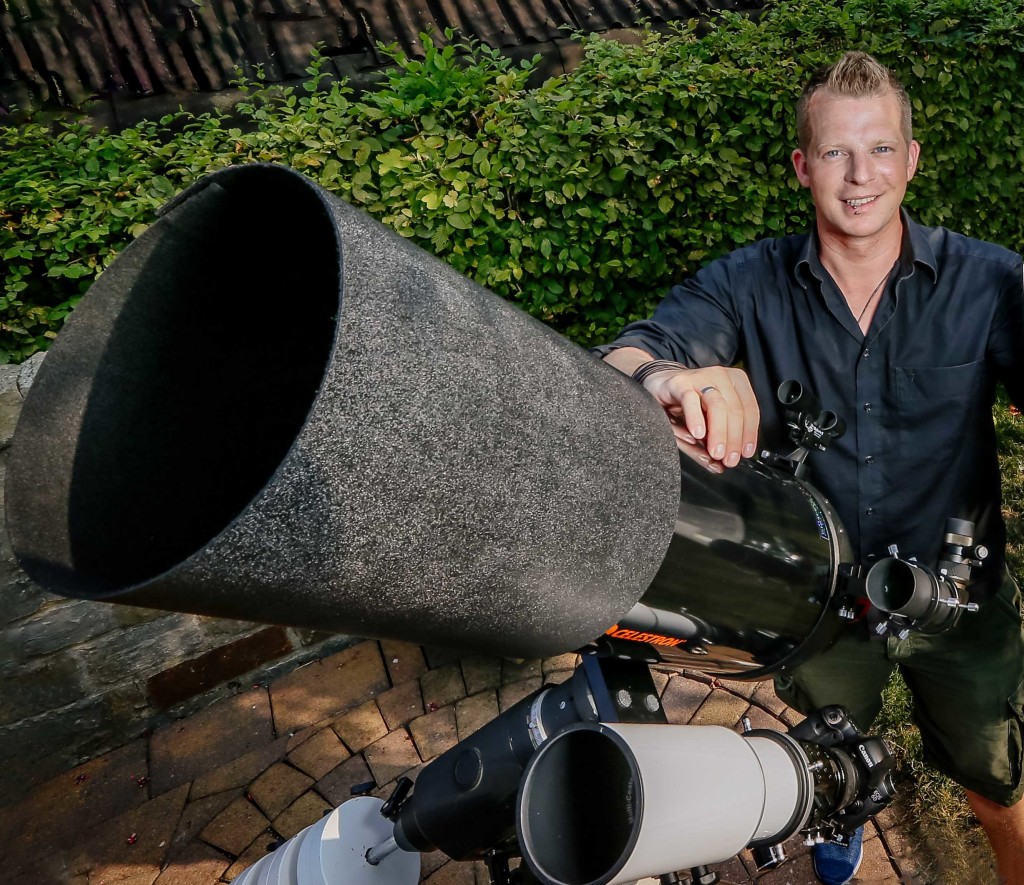 The fascination with astronomy goes back quite far. At a young age, I was given a small simple refractor by my parents. I remember how extremely impressive the view of the moon was. No flat disk but mountains, craters and valleys.

With the years and the youth, this topic has receded somewhat into the background.

But a trip to New Zealand in 2012 brought a turning point, a clear night in the international dark sky reserve that remains unforgotten.  More stars than I could have ever imagined.

Since then astronomy has meant freedom for me. The unimaginable vastness and the objects that the universe produces in the most diverse forms make me want to experience more and to be able to show them in pictures. 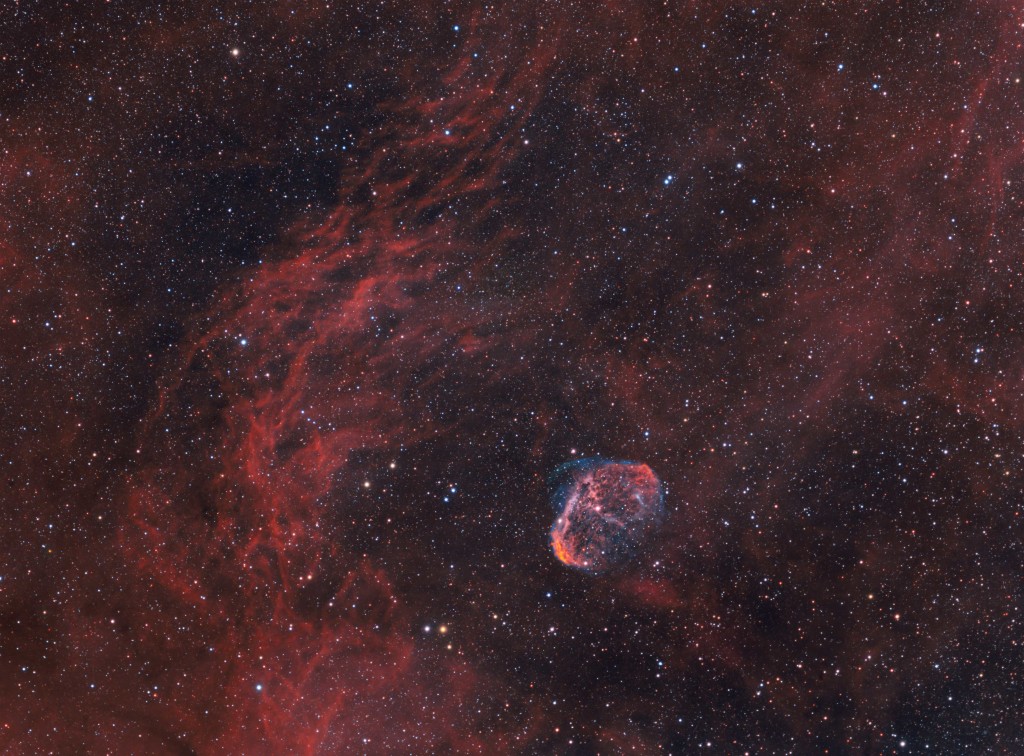 Q3: Do you still remember the first time you do astrophotography? How was your feeling then?

After I found many great amateur astrophotos on the internet I decided: I want that too!

Without experience in cameras or image processing, I took my first wide-angle shots and was amazed at how many stars were visible in these 15 seconds. Orion as a small blurred red spot, hell yeah, that’s really fun!

Shortly after that followed the first telescope, a Skywatcher 150/750 PDS, an old eq6 and guiding. NGC 6992 was the first target. The excitement was really something special when the first 600 s recording was made. 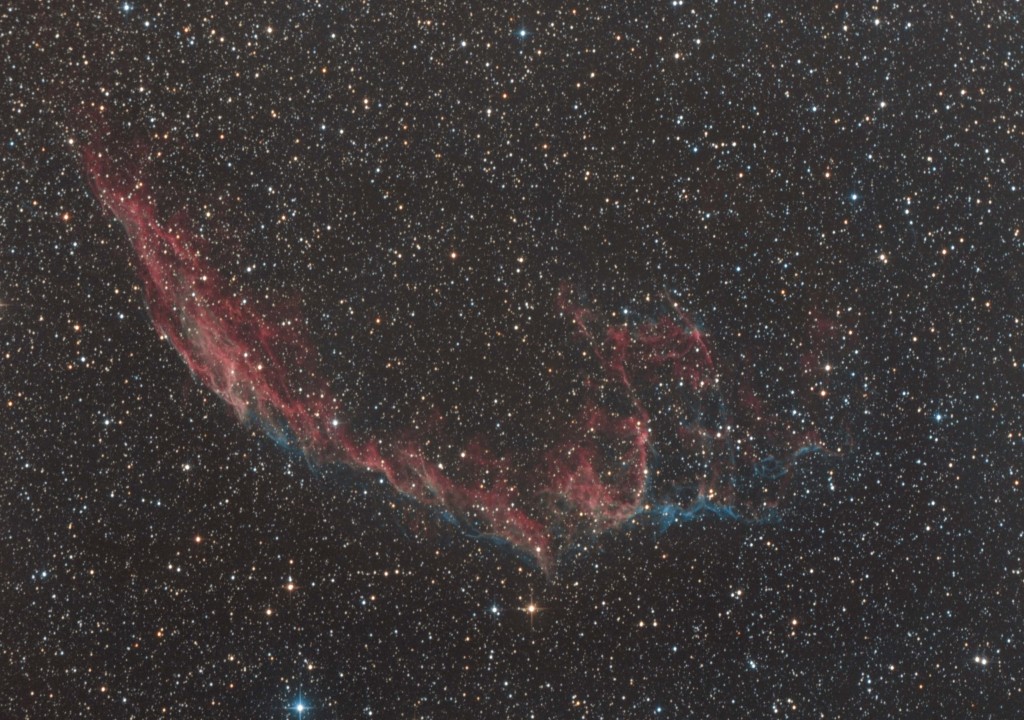 Q4: What equipment do you use? Can you show us some images? 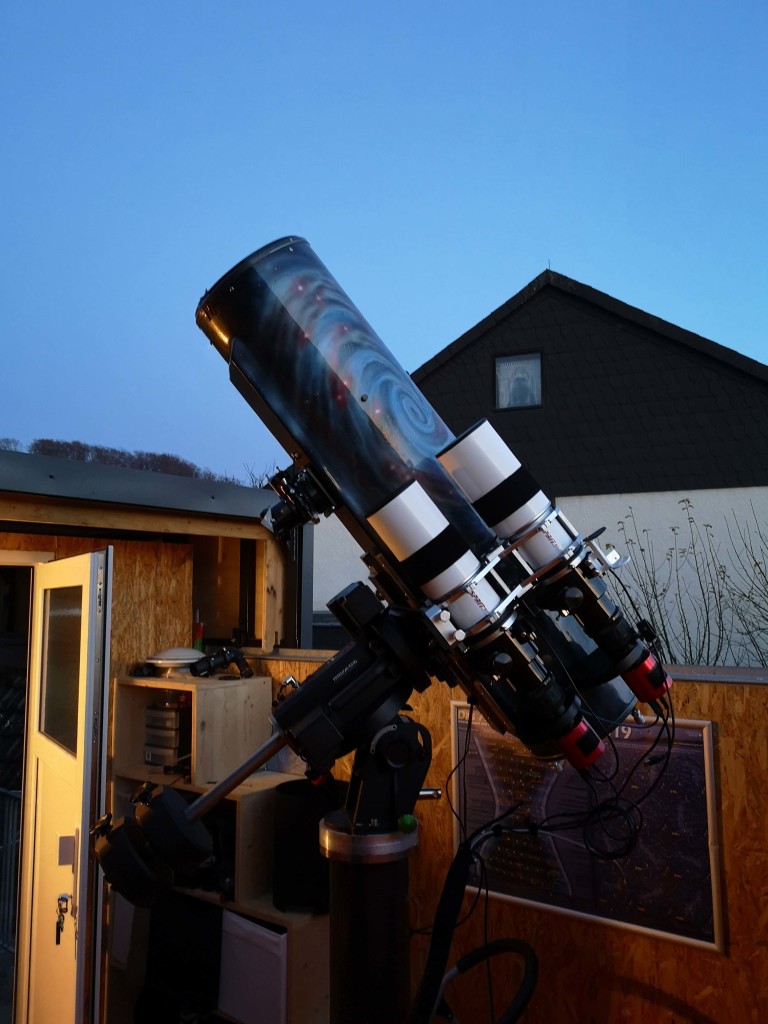 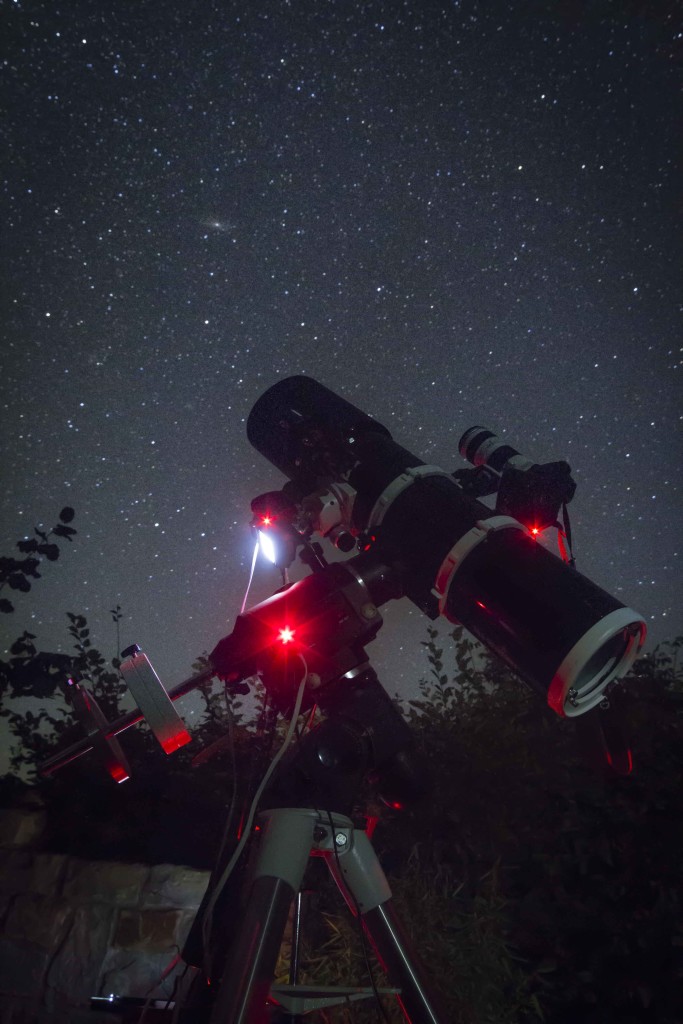 Q5: What type of telescope is your favorite? Why?

I can’t commit myself. Almost all telescope types have their own advantages and disadvantages.

I like to use my different systems. A Schmidt-Cassegrain is real fun with moon and planets. The Newton with its super price-performance ratio for plenty of apertures and it´s fast. Or an APO refractor, small, handy, adjustable and extremely efficient in a double pack.

Q6: Which one do you prefer? Planetary imaging or deep-sky imaging?

I definitely prefer deep-sky photography, even though I always find taking pictures of the moon and planets exciting and enjoy trying them out. 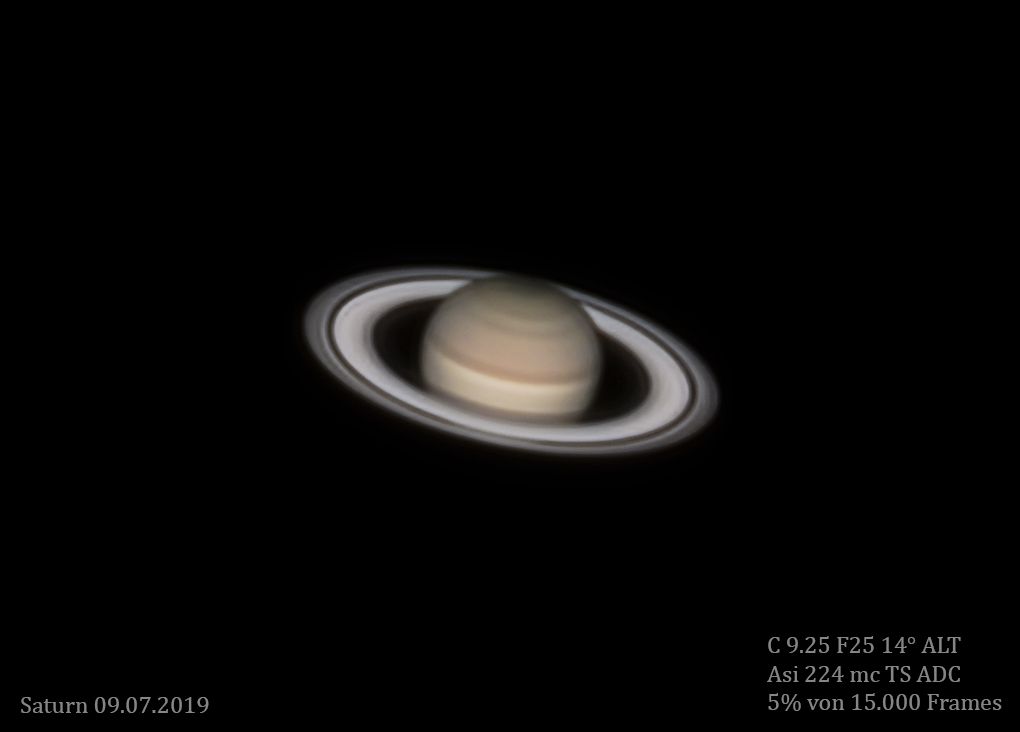 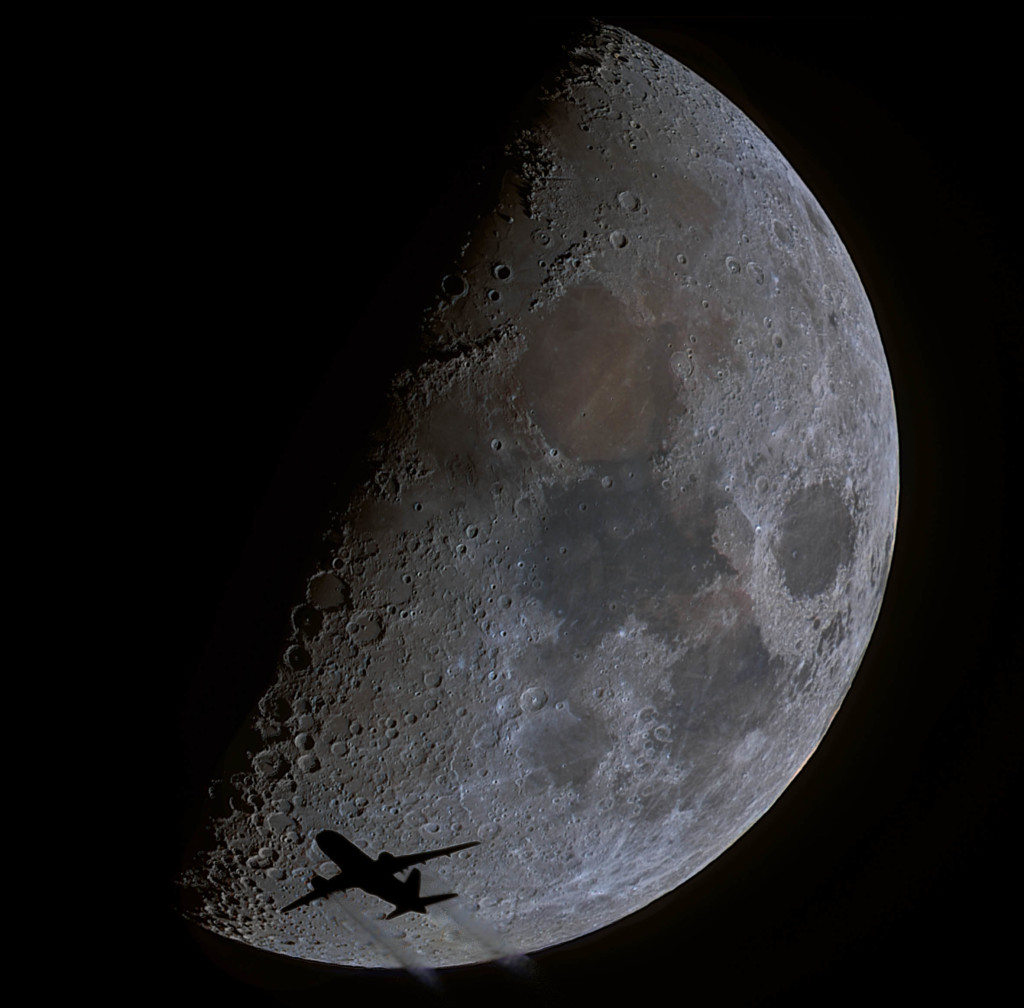 Fly to the moon

Q7: What’s the most difficult part of astrophotography for you?

The most difficult thing for me is not to go crazy in very long bad weather periods, you must know what I mean 😉

What remains the most difficult thing in astrophotography for me is still image editing. Getting an image the way I want it to be is sometimes a hard and tedious thing.

Q8: Have you ever traveled to a very dark place to do astrophotography? How was that like? Any picture taken in there?

yes, since I have astrophotography as a hobby, the holidays are usually planned to be there at the new moon, and if possible near dark places.

Tenerife and the west coast of the USA were already really great, but really impressive was the Milky Way during my honeymoon over Mauritius! For someone from Germany, it is quite extraordinary to see the galactic center above your head and not close to the horizon.

Q9: As to your winning image Lion Nebula, would you please tell how did you capture it? Would you like to share with us some detailed camera settings?

First of all, I want to thank the ZWO team for making my lion Nebula the picture of the week. Just because it’s the picture I like so much myself.

The picture was one of the first I did with my Esprit / ASI1600MM Cool double setup.

The first camera took the H alpha shots, the second the OIII Data.

A very efficient way to get a lot of signals in the few clear nights that are available to us. 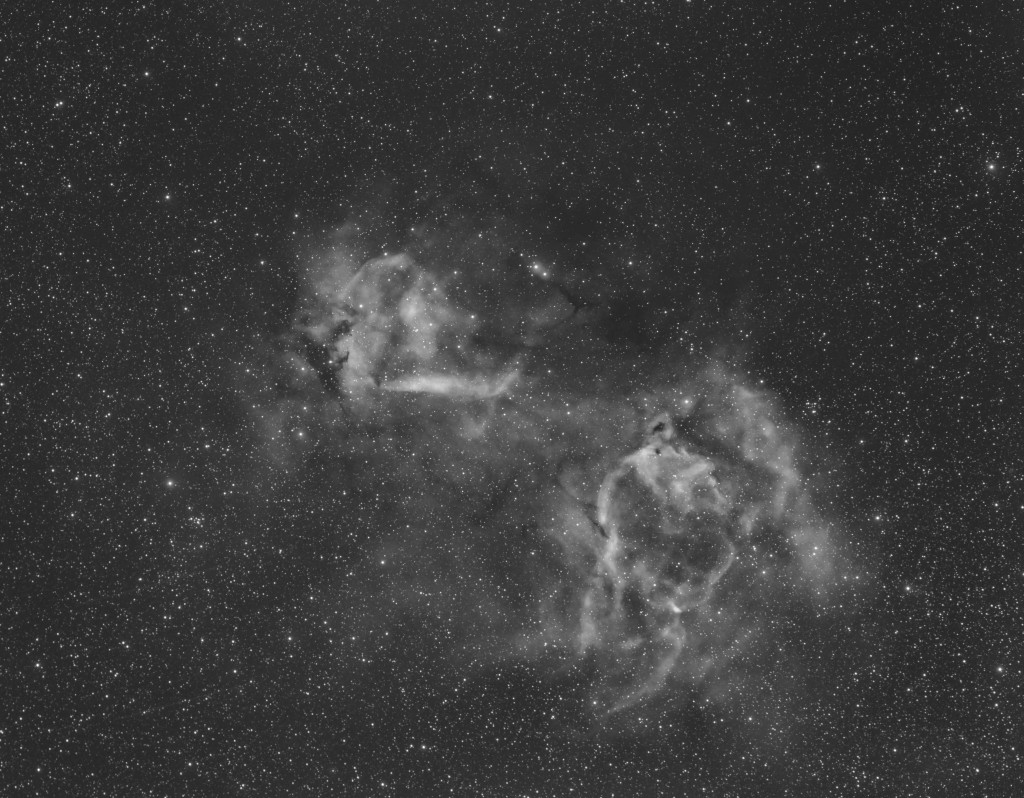 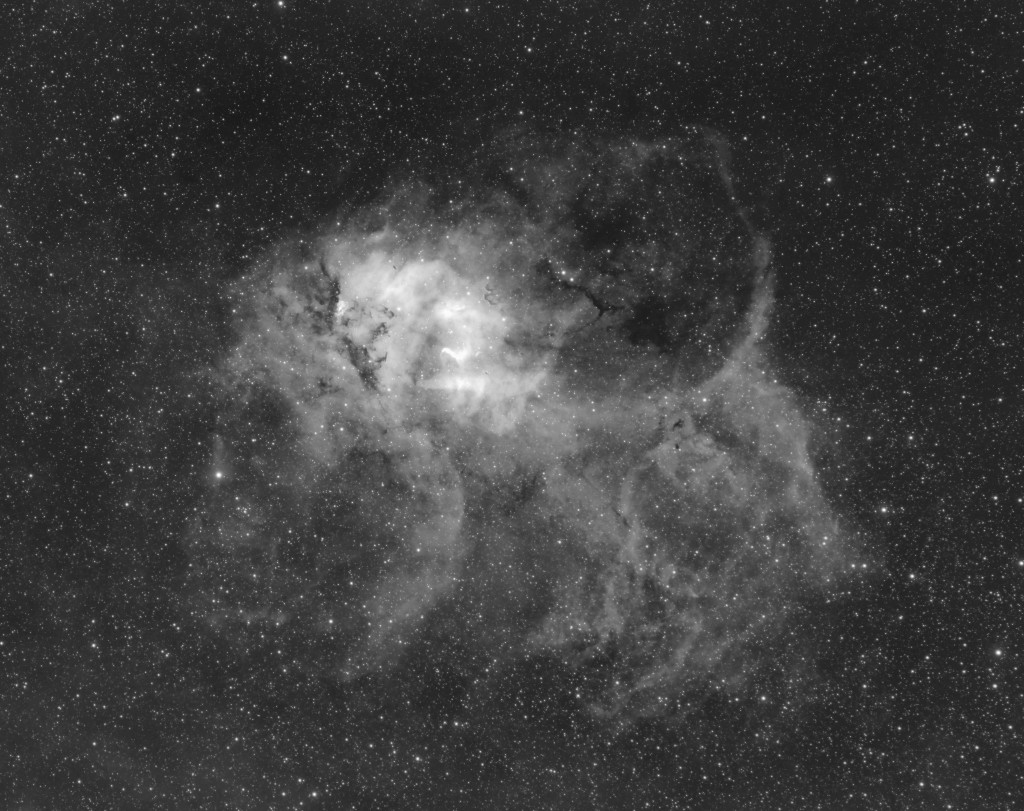 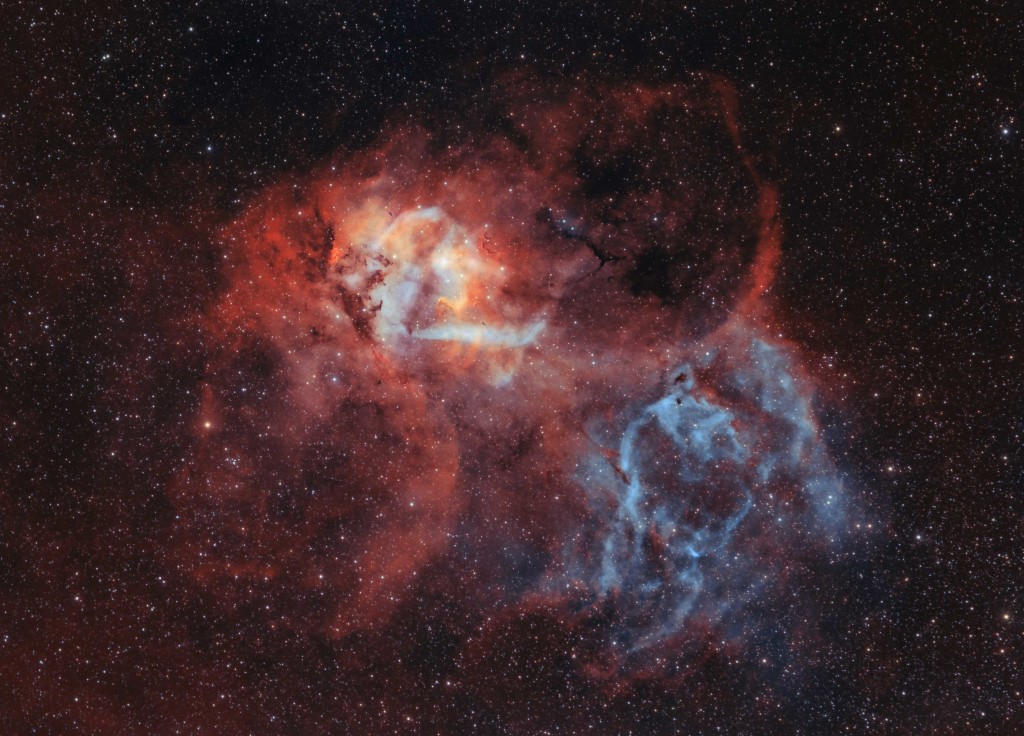 Q10: How do you like the ZWO camera that you used to take the winning image? And do you use any other ZWO products?

The ASI1600MM Cool surprises me again and again after 2 years of using it.

The really fine details and sensitivity that this mono sensor always brings to light is really impressive for me.

The ASI224mc is also fun for planetary recordings, due to good conditions I was able to take a great picture of Saturn despite its low position on the horizon.

ASIAIR is fun for my mobile Equipment.

I’ll probably try the ZWO EAF soon, you can hear a lot of good things about it. 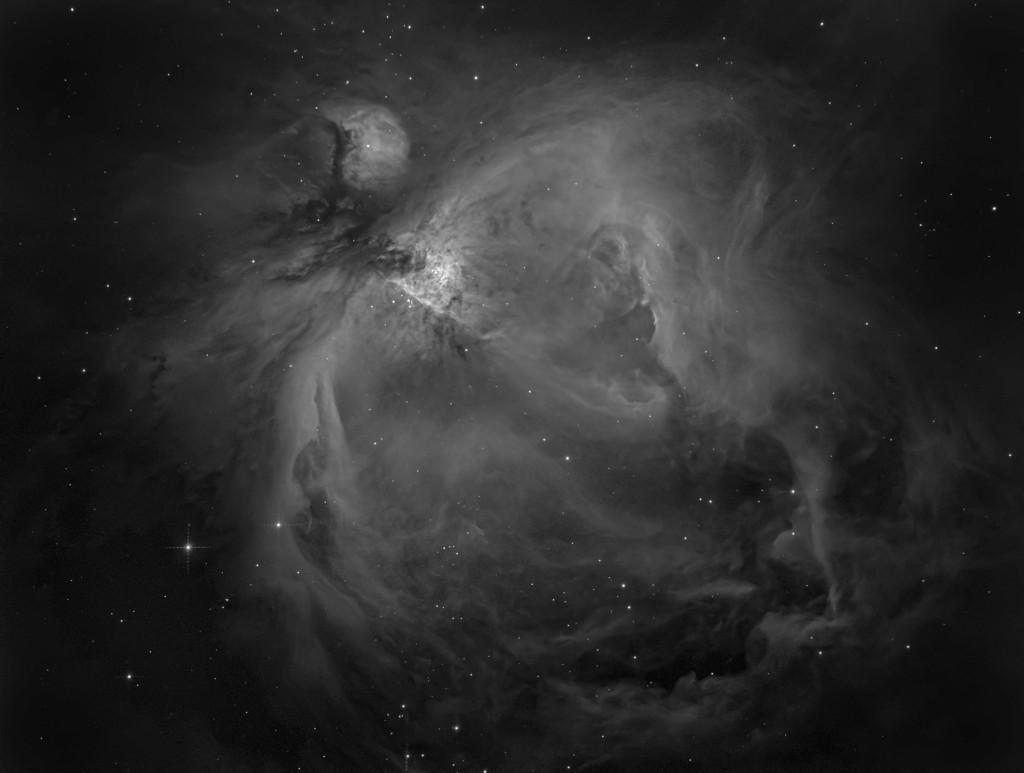 Q11: What do you think is the biggest advantage of ASI cameras? And what do you care most while buying an astro camera?

In my opinion, an Astro Camera needs a good price-performance ratio and exactly there I am really satisfied with the ZWO ASI

Q12: One last question: what’s your impression of ZWO? Do you have any feedback and suggestions that want to speak to us?

Keep up the good work. Stay innovative! Your cameras work great, your software (ASIAIR) makes more and more people happy and everything works together harmoniously!

We will be out of the office during the Chinese New Year holiday period from Jan. 22th to Feb 10th. Orders placed after Jan 20th, 2020(UTC) will be arranged around the end of Feb.