Thank you for awarding me the privilege! My name is Richard, I am originally from Italy and I currently live in New Jersey, USA with my wife and our 2-year-old son. I’ve always had an interest in the solar system and the planets, especially Jupiter and Saturn. I went to museums for science and astrology and would often read facts about stars, meteors and comets. It wasn’t until this past year, though, that I decided to begin stargazing on my own.

The first telescope I bought came from a local electronics store, a Celestron Starsense Explorer. I used it to observe the stars and I soon realized that it wasn’t strong enough to observe them in the way I imagined I could. However, I am grateful that it opened the door to the astronomy and astrophotography community that I have come to love! 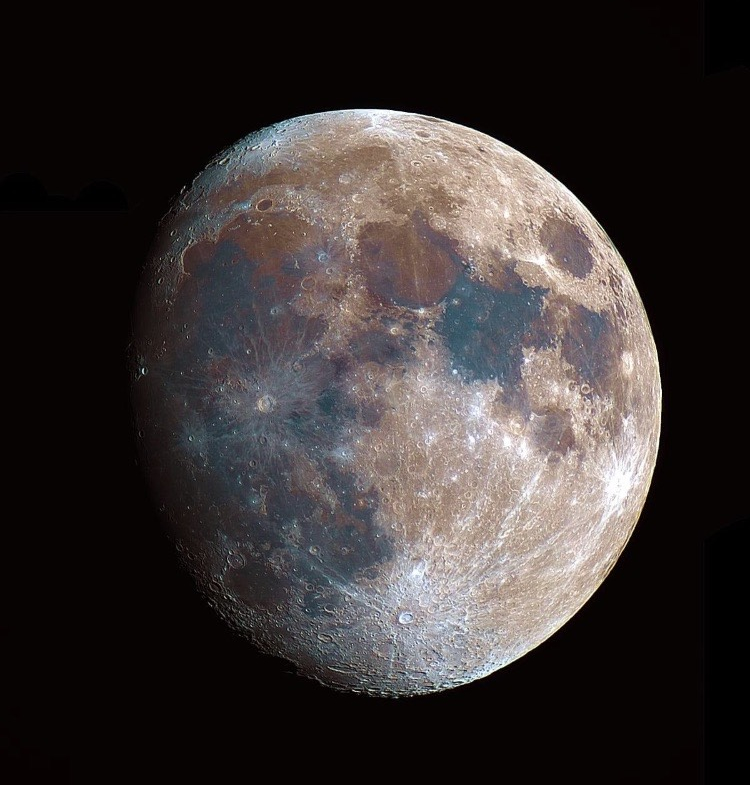 Q2: When and how did you start astrophotography?

I began astrophotography this past summer, when the boredom of my state’s stay-at-home order really started to get to me. At first, I was observing the constellations through an app called Sky View and it reignited my interest in observing the night sky with a telescope. I started with a small reflector telescope, observing planets, the moon, Saturn, and Jupiter. I was hooked after that—I ended up doing a lot of research into astrophotography and joined telescope and astrophotography communities before buying the equipment I needed. Q3: Where do you think the meanings of astronomy and astrophotography lie in?

Well, astronomy has been a human interest dating back centuries for a very good reason – we are all insignificant in the grand scheme of things, and what lies outside of the naked eye is vast and mysterious. Observing the universe from a telescope is our way of making a connection with the heavens, and for many, being able to capture that in a photograph helps us feel more grounded in the world. 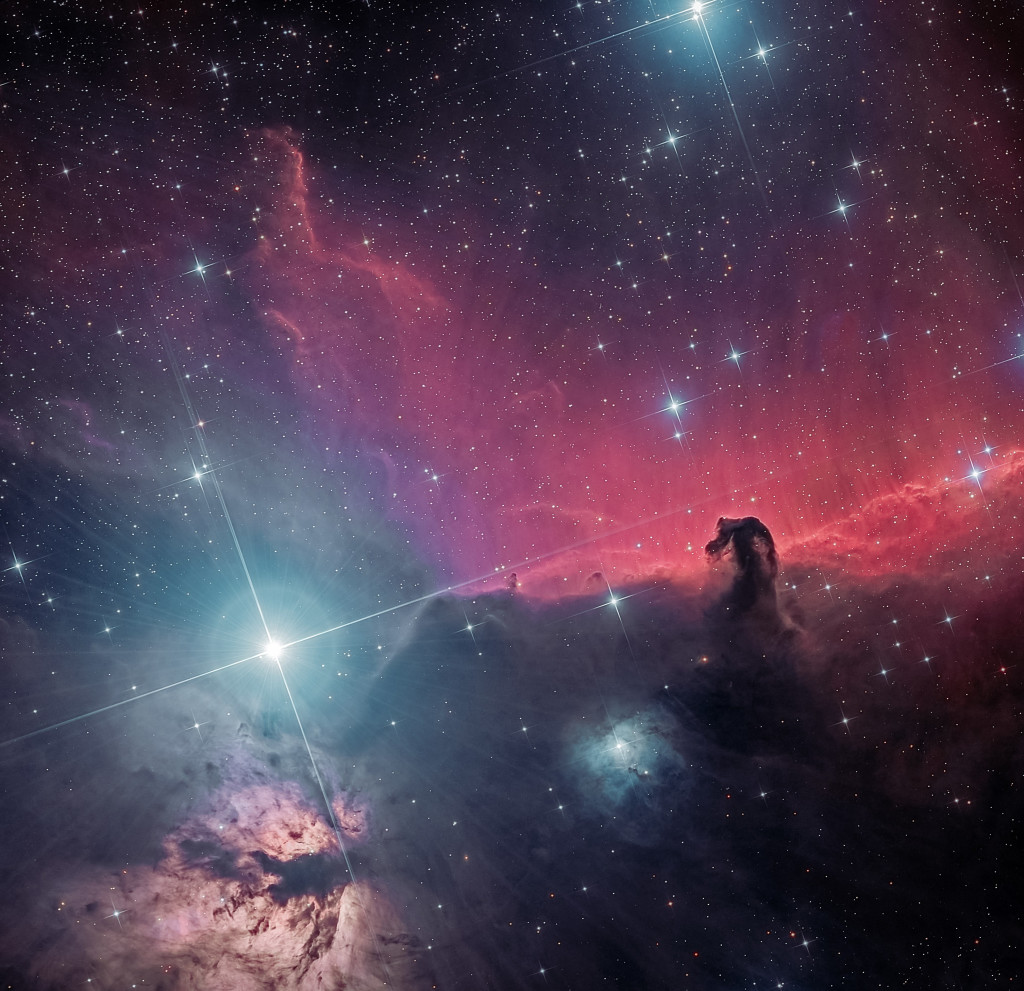 Q4: What setup do you currently use? Can you show some photos of them?

I have four setups: The first one is a big setup consisting of a CGEM Dx mount, Skywatcher 250 P Quattro Astrographic Newtonian telescope and the ASI1600MM Pro, and a 60mm Astromania guide scope, the second setup is an EQ6 R Pro mount, a Sharpstar 150 MM F2.8 astrograph Newtonian telescope (and the 60 mm Astromania guidescope) and the ASI533MC Pro, the third setup is a Sharpstar EDPH II Refractor telescope, AVX advance mount and an OEG guide scope and ASI2600MM Pro, for the fourth setup I use a Skywatcher 72 ED and the AVX Advance mount with the OEG guide scope and my ASI294MC Pro. I tend to use my ZWO auto-focuser and ZWO filter wheel with all of these to get the best picture I can. Q5: Do you have a dome or private observatory? Can you share with your building experience if you do have one?

I built a shed/observatory for my backyard. I built two connected decks and the shed observatory with a built-in temperature regulator for winter and summer. It took a whole month to build, but as it contains all four of my rigs, I found the work to be worth the stress! This is my mini backyard. It is still under construction— adding 10ft x 10ft dome over the summer capturing flats and dark flats after my sessions.

Q6: How did you capture your winning picture NGC 2467? How many nights did you spend on it?

I spent 4 nights on it for about 5 hours each night. The project took 2 months to complete due to the weather, so it felt like it took much longer! 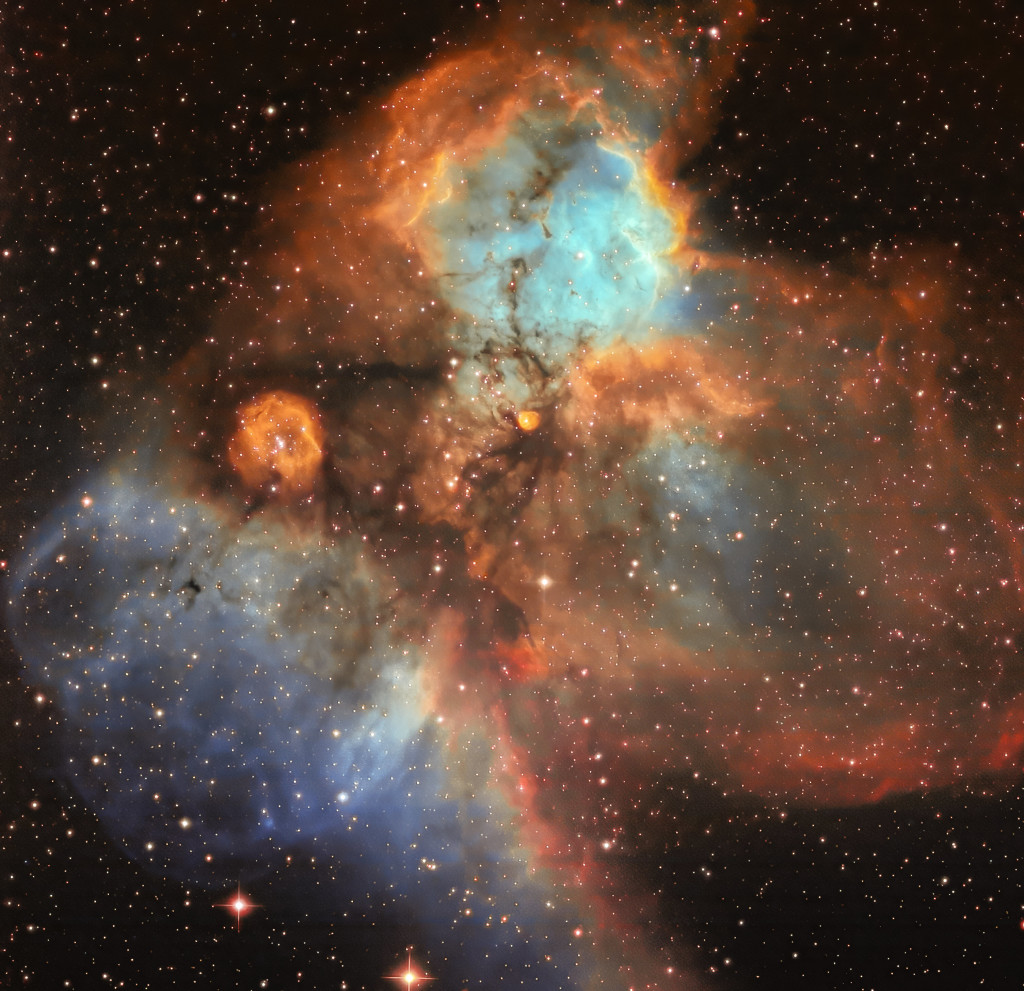 Q7: What software do you normally use for post-processing?

I switch between Pix Insight, NINA, Photoshop, and Lightroom.

Q8: We all know that astrophotography has a very steep learning curve for beginners. So, how did you overcome the difficulties at the very beginning?

I overcame it by testing every night—day and night. I learned from my mistakes and asked online astrophotography communities when I needed help troubleshooting problems. 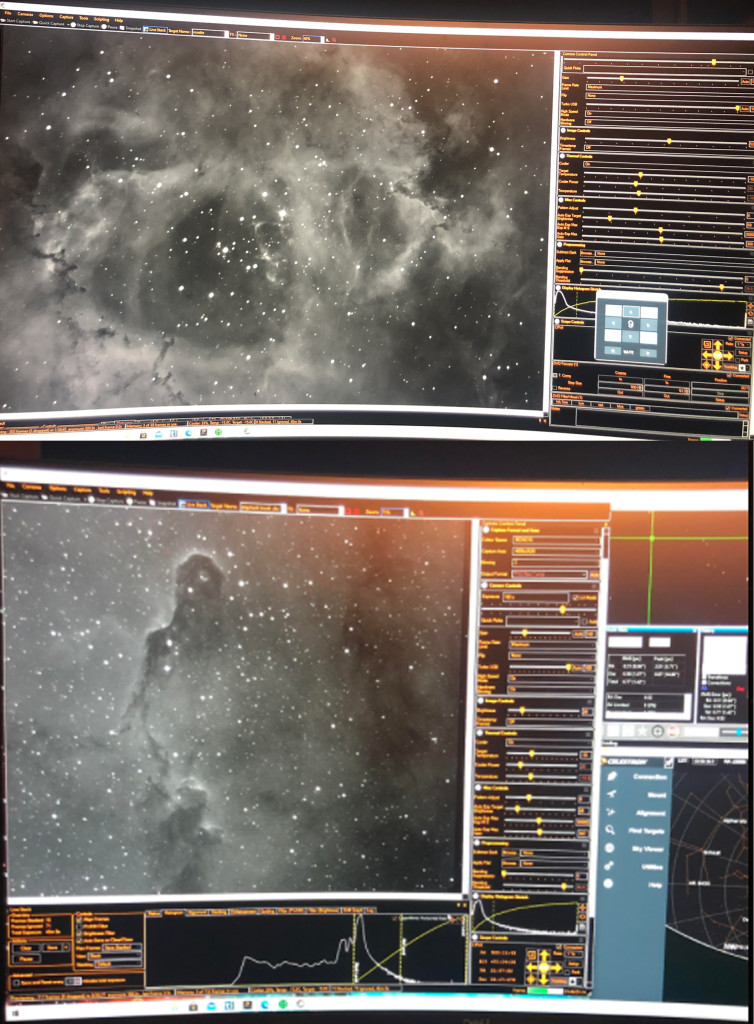 Q9: How do you think the future of astrophotography if take the increasingly heavy light pollution and the rapidly developed technology into consideration?

I think new technology will overcome obstacles related to light pollution in the near future. Filters and telescopes will evolve rapidly to aid those of us who live in heavily polluted areas. I live in a Bortle 8 area and have found ways to make it work but will continue to look out for better filters and telescopes that compensate for light pollution as time goes on. Q10: How many ASI cameras do you have? What was your first ASI camera? Q11: Which ASI module has a special place in your heart?

Q12: Do you have any feedback or suggestions to us?

I think ZWO is one of the best in the world, but I also think the fans could be more consistent from model to model. Q13: What targets do you plan to shoot during the upcoming galaxy season?

I am currently working on the M 106 region, then the M 51. Hopefully I’ll get a chance to capture the Sunflower galaxy as well. 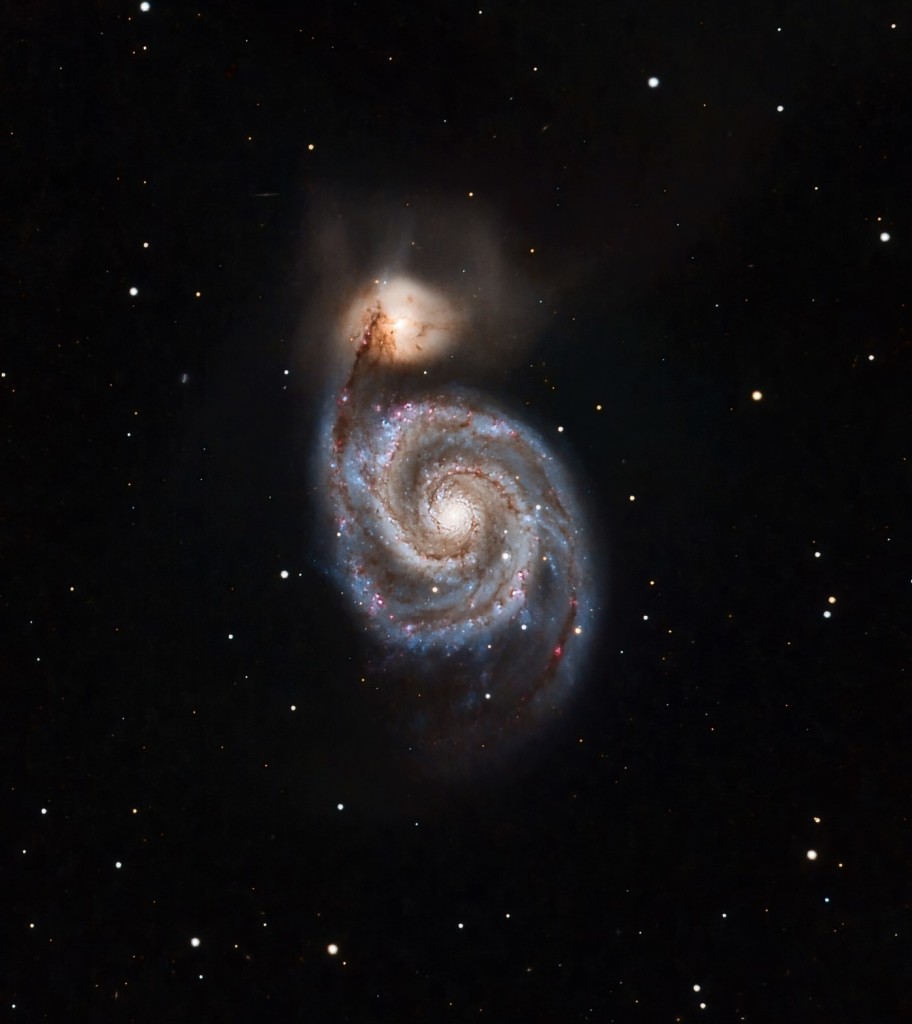 Q14: Have you ever thought about contributing to astronomy scientific community in the future?

Sure, I currently help newer astrophotographers with imaging questions and share my process with those who ask. If there are other ways that I can contribute I would be eager to help. 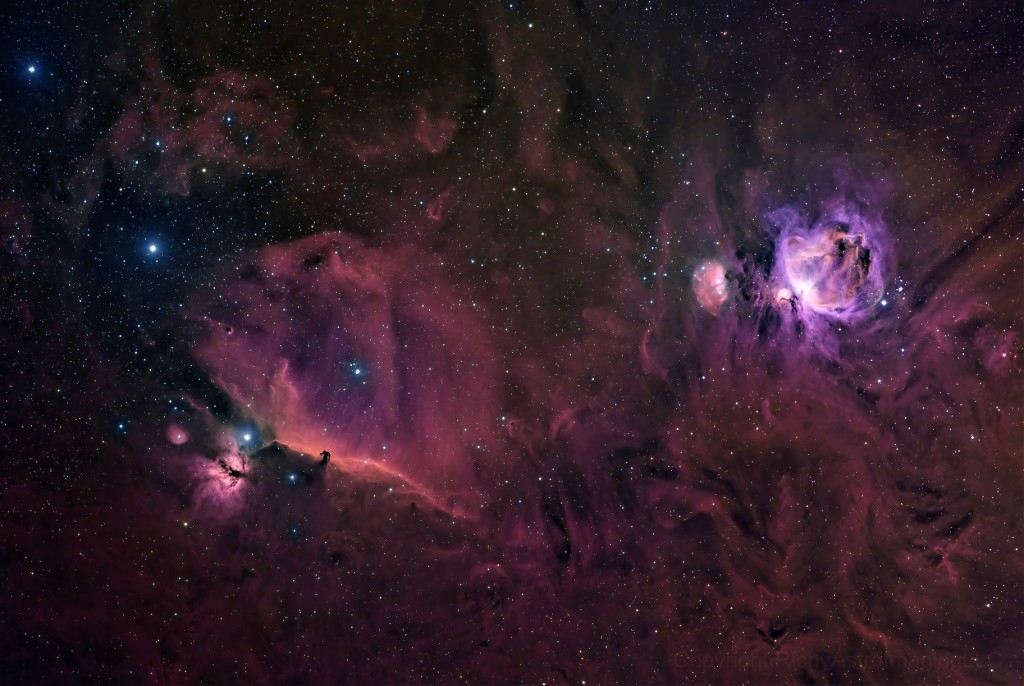