Q1: At first, congratulation that your nice image won #ASIWEEK, Ron! Can you introduce yourself to us?

Hello Everyone, my name is Ron Giddy. Let me introduce myself. I am an English Amateur Astronomer. I live in the suburbs of Torrevieja on the Costa Blanca, Spain and have done so for over 30 years. I take a great interest in astrophotography of both Deep Space and Solar system objects particularly our own Moon which presents its own unique challenges for the image taker. A small representative sample of my work follows courtesy of our host ZWO Cameras. I first became interested in Astronomy at an early age after my Grandfather would regularly point out constellations in the night sky. This exposure and a trip to see the observatories at Herstmonceux in Southern England undoubtedly sowed the seeds of a lifelong interest in the Cosmos which is more intense today than ever before. 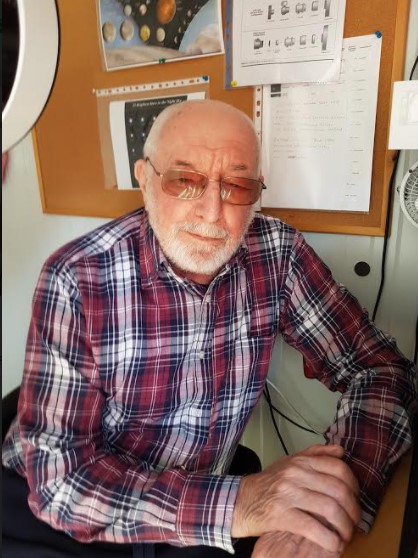 Q2: How many years have you been into astrophotography? What was your first shooting target and what equipment did you use for it at that time? Do you remain that picture?

I bought my first Telescope, a small Newtonian in the mid 80’s, essentially to view the coming approach of the Comet Halley. My location at that time being the Ivory Coast West Africa, Halley was one of the objects described to me by my Grandfather who said its appearance in 1910 was “spectacular” and “unforgettable”. Where he observed it from, I have no idea. My equipment came with an attachment for fitting a camera! at the time I owned an SLR. These were my first attempts in the field of Astrophotography and were a complete failure. I’m happy to say that no record of my early attempts still exists. 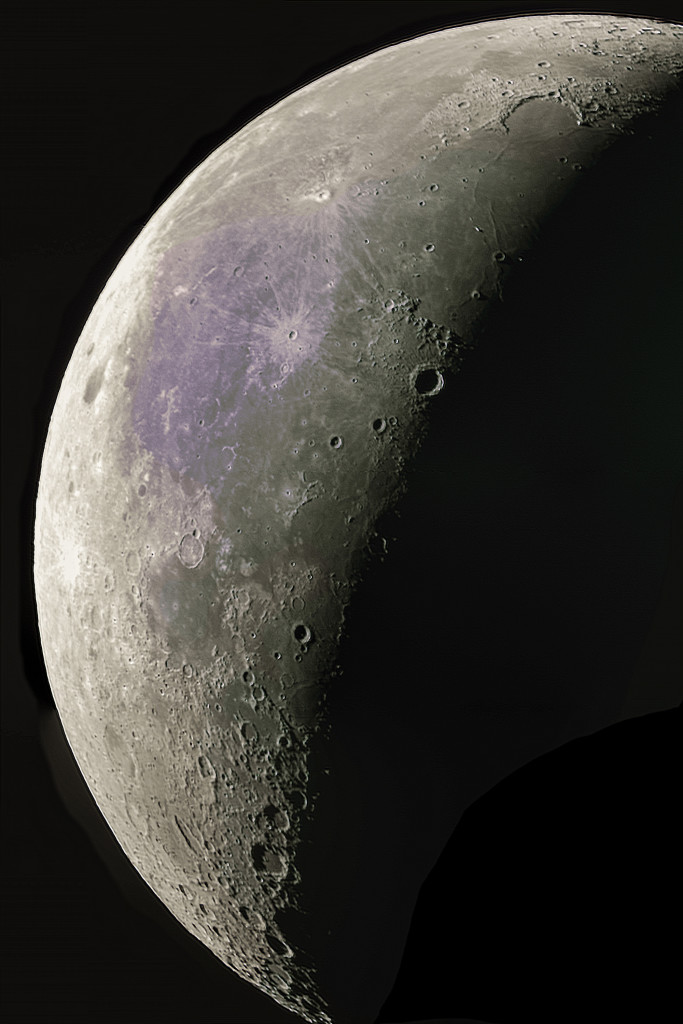 Q3: What gear do you use for now? Any pictures of them?

I have 2 imaging setups that I currently use. For Luna and Planetary I use a Skymax 180 pro Mak-Cass with a ZWO ASI294MC Pro as my first-choice imaging camera. My deep space setup is a 203mm Ritchie-Chretien with the same ASI294MC Pro but using an ASI290MC as the guide camera. This 2nd camera also doubles as an image taker when I need it. Both setups are mounted on an iOptron CEM 60 Mount. The deep space guide scope is an 80mm 328 focal length refractor. I also occasionally use a mainly tripod mounted 102mm 600mm focal length refractor. 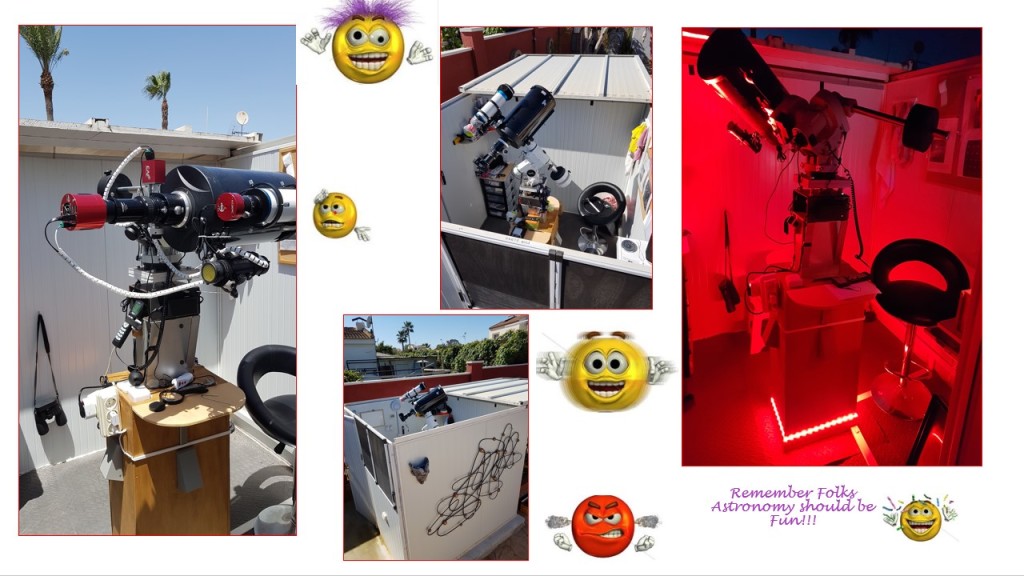 Q4: Planetary imaging or DSO imaging, which one do you prefer?

Exceedingly difficult question. I find so much of interest in both areas, however I do find the constantly changing shades of tone, colour and depth of contrast seen during the Luna cycle particularly challenging to image accurately, although I do have fun with colours occasionally the true colours of the Moon may remain a mystery, however the processing of the Moon in its more natural shades does have an ongoing appeal to me, probably because of my being a more conservative Luna imager who requires his images to strike the balance between accurate science and artistic flair. 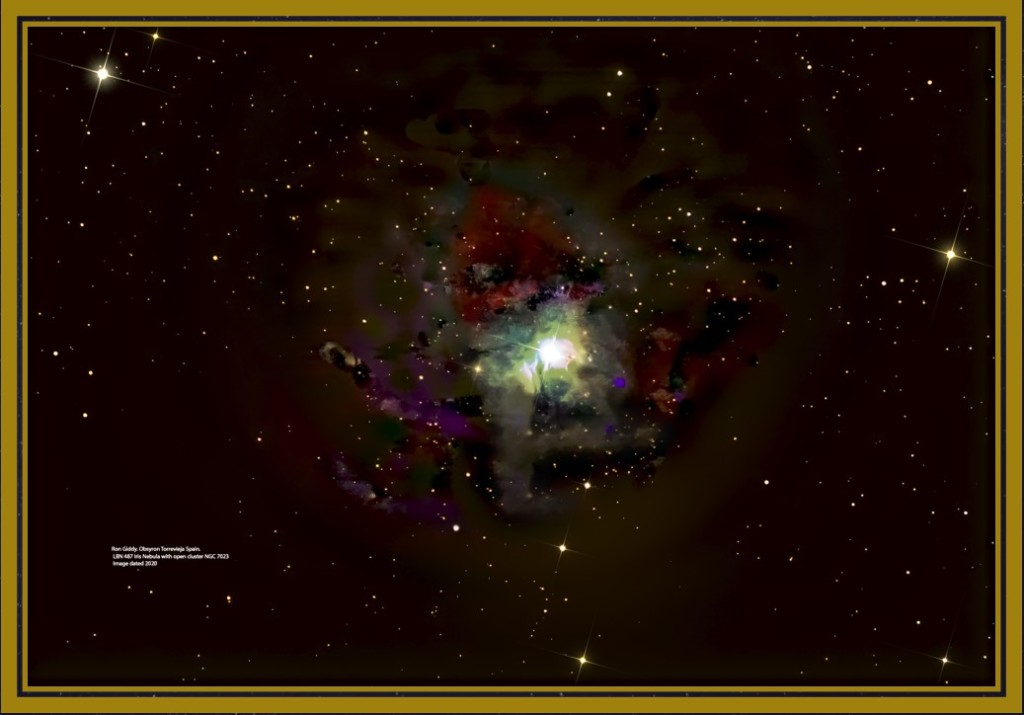 Q5: We saw a lot photos of the Moon on your Facebook page, including the one which won ASIWEEK competition at week #14/2021, would you mind telling us why do you have that passion on the Moon?

My Passion for Luna imaging is probably not the best description to use, Fascination is probably closer. As an imager I will probably have some difficulty in repeating the same Luna capture twice, close yes but identical no, simply because the Moon is a continually changing picture. Deep space targets can be returned to time after time if conditions allow, but good Luna images, must be right on the night or their gone. This is the challenge that I keep returning, too. Every time I look there is something different to see in shadow or tone, Fascinating!

Q6: Please share with us more information on your winning picture – how did you capture it and how did you do the post-processing?

Winning Image details. The imaging camera was a ZWO ASI294MC Pro and the capture software used was Sharpcap version 3.2.6477.0. The file was 16-bit RAW video in SER format with a frame count of 5032 at an average of 24.8 frames per second. Gain was set at 183 and exposure 0.003183. Camera temperature was at – 10 and capture area was 1024×768. The time stamp shows 3 min 22 seconds of unguided capture with the iOptron CEM60 guiding rate set at Luna. The resulting SER file was then de-bayered and stacked in AutoStakkert 3 using 20% of the frames. The resultant TIFF File had brightness, contrast and 2 layers adjusted in Registax 6 then finished and saved as JPEG using basic Photoshop principles. Nothing difficult to do, the detail was in the original capture. 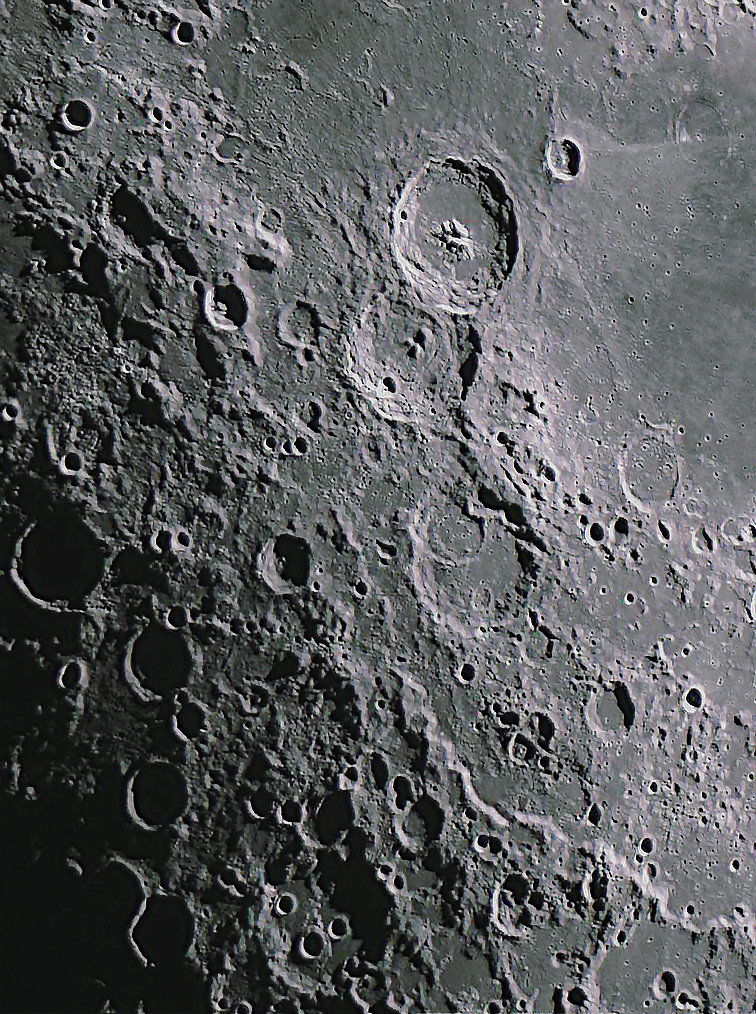 Q7: Where do you normally take astrophotos, from your backyard or somewhere remoter but darker?

All my imaging is and has been for several years taken from my own property. About the same as everybody I started by setting up every night and re-aligning when I wanted to take an image. I drilled receptors into the concrete to take the tripod feet so that I would have the basis every time for reasonable alignment to the pole but the continual setup, take down and storage of equipment proved tiresome. The access to a dark site within my area is almost an impossibility with the odd trip to a darker site out of the question during Holiday periods. So, having a reasonably dark garden area I installed a roll off roof observatory which was and still is a total game changer. All my imaging is taken from there. I also in my home office a dedicated photographic printing setup. To complete the whole process from planning the shot through to printing the result is total satisfaction. 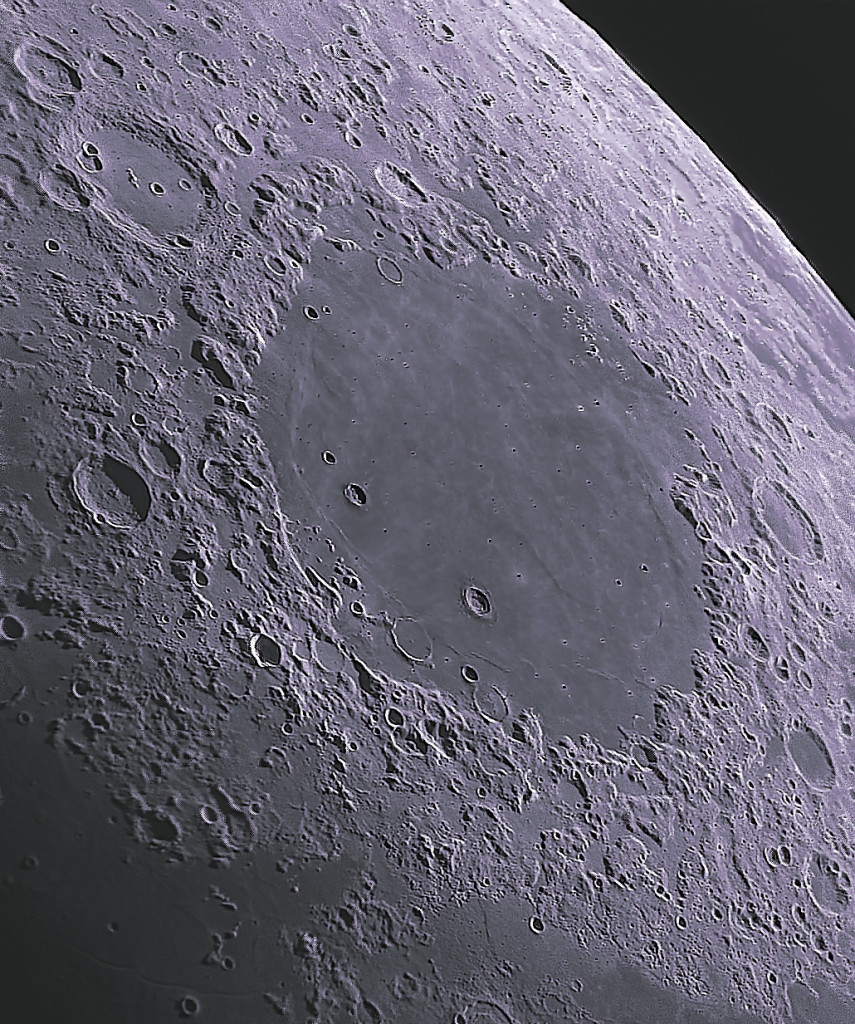 Q8: Are you also a fan of lucky imaging?

I am certainly a Fan of high frame rate imaging for Luna and Planetary targets as that is how I normally work on “ALL” my Solar System captures apart from Luna Mosaics where I normally shoot at around 2 frames a second minimum 200 frames seems to do the trick then merge in Photoshop.

Q9: In your view, what can be the most important and difficult parts of planetary imaging?

The most important parts of Planetary imaging that we are in control of really are basic. Good focus, without which you may as well pack up. Choosing a filter to suit your environment and what you want from your target helps. The ability to take extremely high frame rate video images of Planets is a must in my opinion. The most difficult thing is completely out of your control “seeing”. 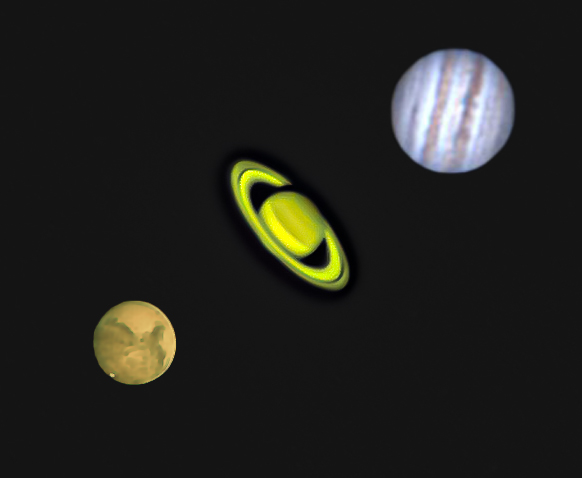 Q10: How do you think astrophotography will evolve in the future?

Difficult to say objectively. When I look at the images that were taken professionally with high end imaging equipment 30 years ago and what I and my fellow Astro-photographer’s now achieve on an everyday basis the difference is astonishing, but where exactly we are going to go now, I have no idea. 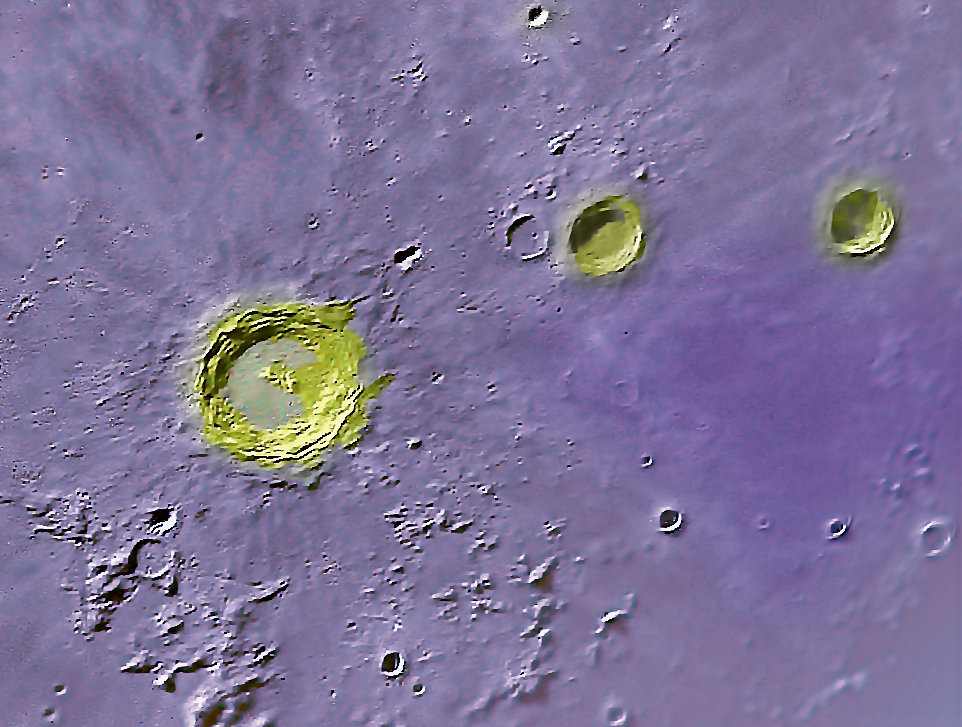 Q11: What is your first ASI camera and why did you buy it?

ASI290MC. I had the requirement to use a good guide camera with the ability to take under the right circumstance’s quality images. I was at that time using extensively DSLR’s at prime focus for a large amount of imaging.

Q12: Which ASI module is your favorite? Can you tell us the reason?

I have no particular favourite however; I am interested in the ASI2600MC Pro. It has a slightly better frame rate than my current setup.

Q13: One last question: What feedback or suggestions do you have for ZWO?

An improvement in the ASI software studio package would be great as in its current form I rarely use it. Also, an improved degree of reliability from the EAF Focuser would be nice. The one I have the optional hand controller only worked on day 1 for a short time, after that nothing. I will add that it has not caused me a problem, so a complaint was never lodged, but it is a reliability issue that needs addressing. It is a shame because the cameras are so good and can be let down by peripheral equipment.

Notes: All the Luna Images have been taken using ASI294/ASI290 Cameras using SER Video capture. The exception is image 2020-05-28 which was DSLR captures using an RC 203MM scope. The 2 deep space captures were using an ASI294 with Sharpcap pro.