Meet TJ Connolly, the winner of ZWO 2020 ASIWEEK photo contest at week 29, the longtime tester of ASIAIR PRO, and one of the best friends of ZWO! 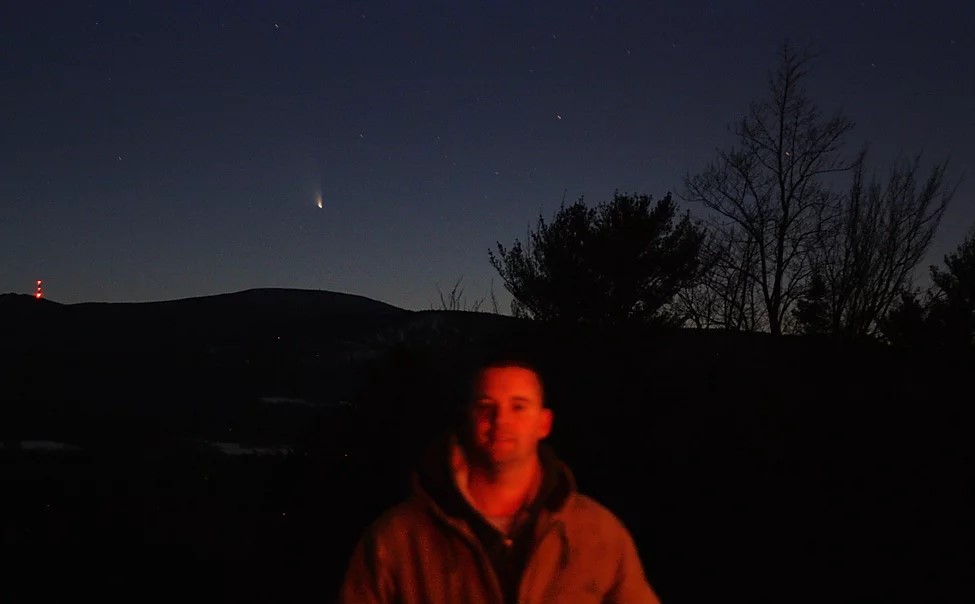 Q1: First, can you make a self-introduction to ZWO users that may not know you before?

My name is Tim “TJ”Connolly.  I am 38 years old and live in a small town called Saranac, New York.  It is in upstate New York in the Northern Adirondacks. 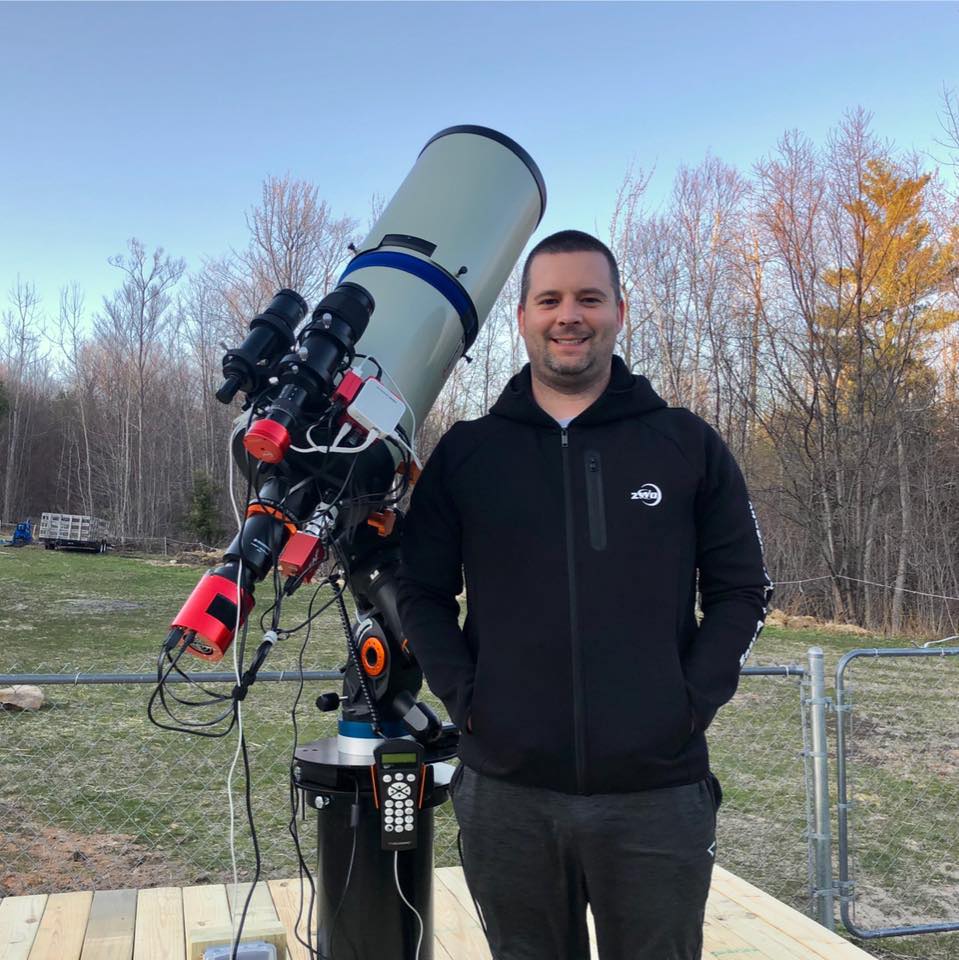 Q2: How did you capture the winning image Barnard 150? Was the whole process rather smooth for you?

I used my Celestron 9.25” EdgeHD SCT with a Starizona Hyperstar lens which brings the focal length down to 525mm and the focal ratio to f2.2.  It is a real light bucket and helps capture the deep space photons.  It also helps bring out the detail in dark nebulas, such as Barnard 150.  I also used the ZWO ASI2600mc-pro, which is my favorite camera.  It is very dynamic and sensitive which also helps pull detail with minimal noise.  I calibrated the image with darks, flats and dark flats in Astro Pixel Processor, and did the post processing in PixInSight. 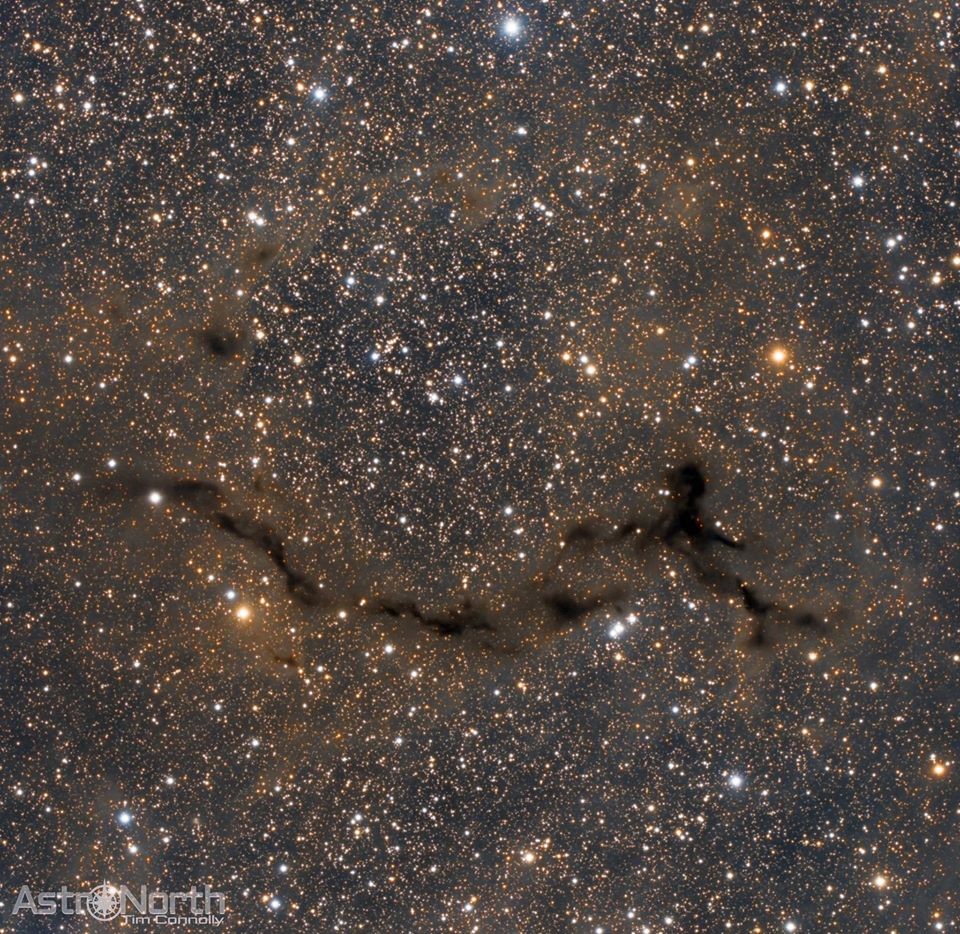 Q3: How did you start astrophotography? Do you still keep your first astro image?

Back in March of 2013, I heard there was a comet setting in the western sky.  I took my Canon 450D, DSLR, and went to a hilltop.  I looked to the west with binoculars but couldn’t see anything.  I randomly started capturing 30 second exposed images in the western sky and it wasn’t long before I spotted the comet, C/2011 L4 PANSTARRS.  From this moment I was hooked.  I started imaging constellations, and eventually I bought an Orion 8”F3.9 Astrograph and started imaging deep space.  I purchased a Lunt Solar Scope and started imaging the sun.  I was completely hooked and found myself imaging every object I could in space.  From Comets, Asteroids, the sun, the moon, planets, nebulas, galaxies, novas, star clusters, double stars, I was imaging it all.  I ended up upgrading my camera to a ZWO ASI1600mm-pro, then the ASI294mc-pro, and now I primarily use the ASI2600mc-pro.  I have a wide array of ZWO planetary cameras I use for guiding, lunar, solar and planetary imaging.  My favorite solar camera is the ASI174mm and my favorite planetary camera is the ASI224mc. 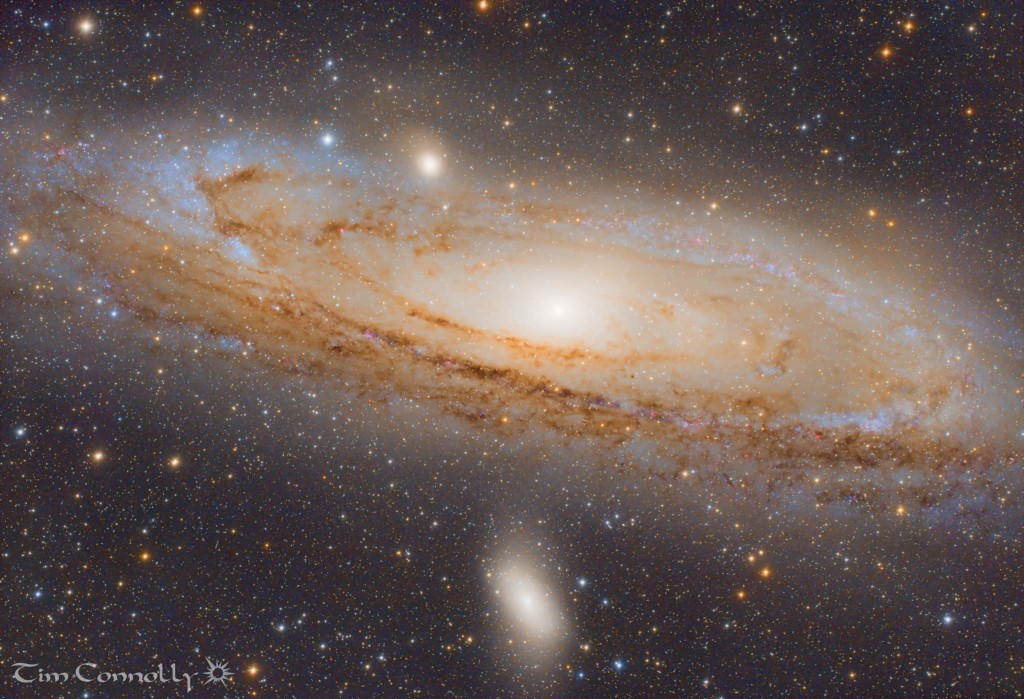 Q4: What setup do you have? Can you show us some pictures?

My primary setup for deep space imaging is the Celestron 9.25”EdgeHD, with the Starizona Hyperstar, ASI2600mc-pro (Main Imaging Camera), SVBONY 60mm Guidescope with a ZWO ASI224mc (Guide Camera), mounted on a Celestron CGEM DX Mount and on a SkyShed Pier.  All my gear is controlled wirelessly through the ZWO ASIAir Pro and with my iPhone X.  It is the ultimate setup and I love every aspect of it.  It allows me to image from the comfort of my home and even from bed. 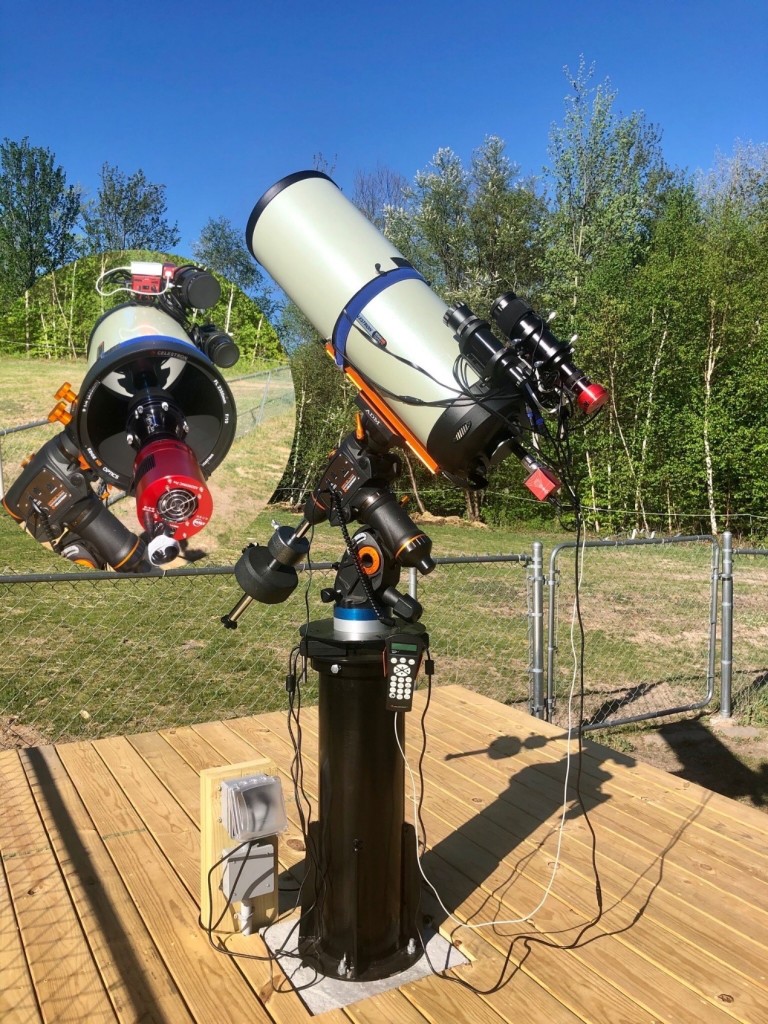 For solar imaging, I primarily use a Lunt LS152 Hydrogen Alpha Solar Scope.  I also use a Lunt Engineering 80mm refractor with a Calcium K module.  I run both these scopes on the Celestron CGEM DX mount and not only do I image from these scopes, but I also do a lot of outreach with them and show off the sun to the public. 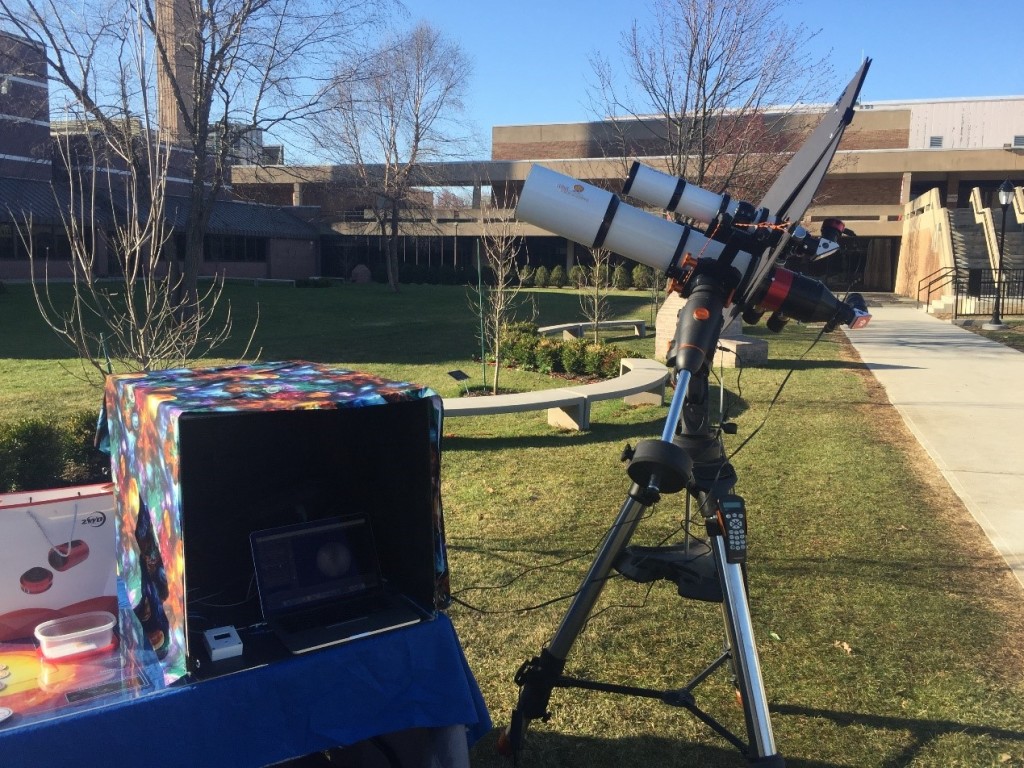 Q5: We’ve heard that you are now working on a backyard dome, how is it going?

The dome is coming along great.  I am installing a SkyShed POD 5 bay dome in my backyard.  I have everything all set and am just waiting on the dome which was held up at the factory due to the virus.  The factory shut down but recently reopened.  It should be delivered any day now.

Q6: What do you plan to do with the backyard dome when it’s done except for astrophotography?

In addition to astrophotography, I hope to use the dome for visual views of the moon and planets, and a nice retreat to be out under the stars.  Some day, I will discover a comet from it. Q7: Would you mind introducing your site AstroNorth with us? Do you run it by yourself?

AstroNorth is a website I started to share my images and selling astro prints.  I am also working on an online store selling astronomy and astrophotography gear.  This is a long term plan and dream I have and I am slowly pressing forward. Q8: On your site we see that you have presented classes, lectures and workshops to many astro groups and schools. May I ask why are you so interested in the popularization of astronomy?

I have presented at the North East Astro Imaging Conference (NEAIC) and every year I instruct at the Adirondack Sky Center’s 4 day astrophotography workshop in Tupper Lake, New York.  I really enjoy the personal interactions and teaching others how to image space.  From image capturing techniques to image calibrating, stacking, and processing, I like to pass along the skills I have learned. About 8 hours of each SHO filter. 300s exposures.

Q9: Do you think astrophotography can be a life-long pursuit, especially seeing the appearance of Starlink?

I believe astrophotography will have to evolve to survive.  Light pollution is increasing drastically and youth aren’t as interested as they were in the past.  As our technology advances, we will have to overcome obstacles.  I am probably one of the only astrophotographers who is excited for Starlink.  It will bring high speed internet and low ping to my area which does not have cable television or high speed internet.  I try to help and do my part by volunteering at my local observatory, teach astrophotography, and get the public, including our youth, excited about space through outreach. Q10: What region in the space do you love most, or, to put it another way, what kind of targets is your favorite?

I love the Cepheus region. I enjoy the dark nebulas and dusty regions. 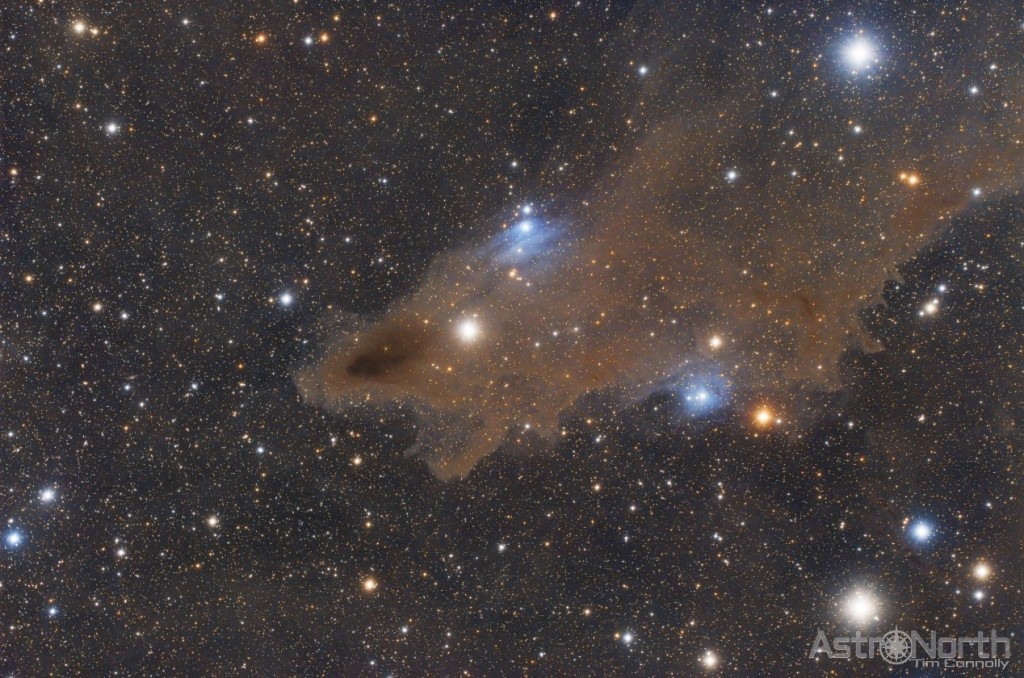 Q11: How many places have you traveled for astrophotography? Are there any interesting & unforgettable experiences you can tell us?

Fortunately, when I step out in my backyard, I am under Bortle 3 skies.  This allows me to image and take advantage of the dark skies locally.  I have traveled to Massachusetts, Vermont and other regions of New York to image.  I would love to travel more and travel around the world in the next several years. 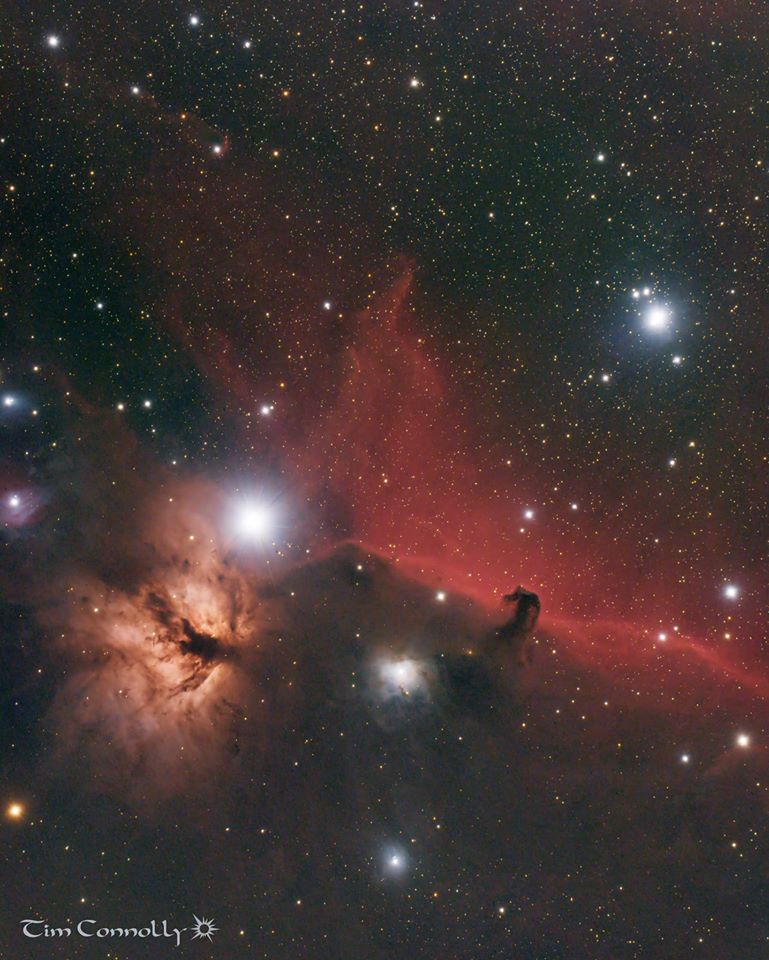 Q12: How do you like the ASI2600MC Pro camera? Do you think it is suitable for AP beginners?

I absolutely love the ASI2600mc pro.  It is an excellent beginner’s camera and is a camera to upgrade from a DSLR and grow with.  Every time I upgrade cameras, it takes my imaging up a notch.  I remember the first sub frame I captured.  I was completely shocked at how smooth the image was with minimal noise and no amp glow.  I wasn’t use to seeing anything close to this before with my other cameras. 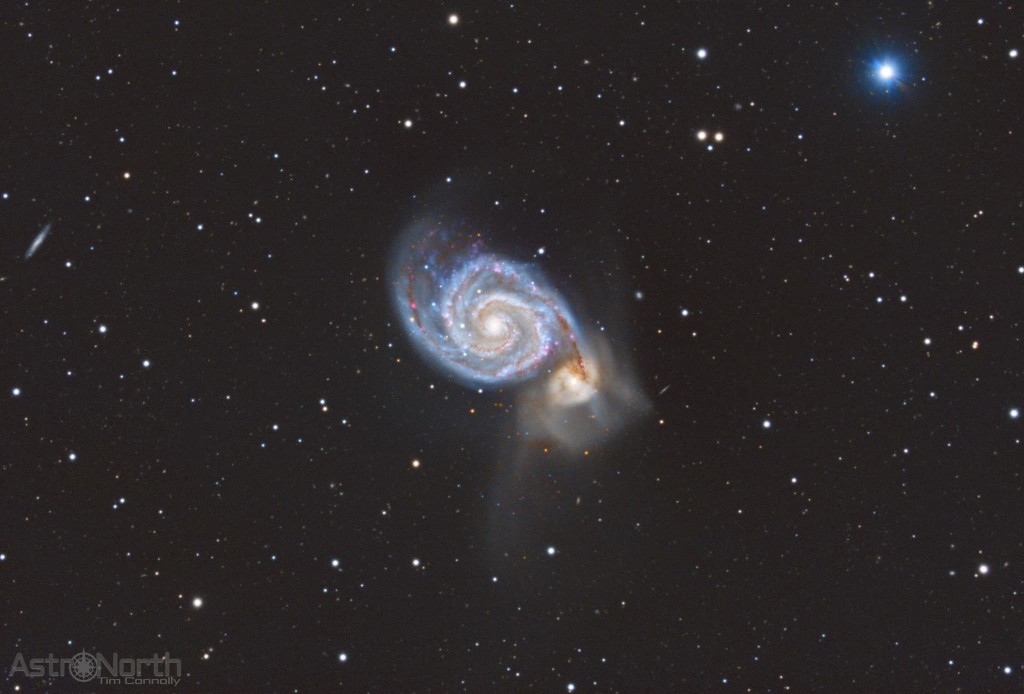 Q13: As one of the very first testers of ASIAIR, you’ve witnessed the fast development of ASIAIR over the past two years. What’s the biggest improvement do you think that it has achieved? And What features of it do you love most?

I am proud to have been able to test the ASIAir out over the past couple years.  I have seen it grow rapidly.  I tried to make three YouTube tutorials for it, but they got outdated very quickly.  I just couldn’t keep up with ZWO releasing new features and upgrades.  I have seen brand new astrophotographers, who never took an astro image before, take a guided, successful image, with amazing final results.  The biggest improvement I have seen with the ASIair is the simple interface.  As more features are being released, ZWO has been able to keep a simple interface with everything at my fingertips.  My favorite features of the ASIair are the plate solving, ability to sync the mount location to SkySafari for perfectly framed targets.  It makes it simple to find tough targets like Barnard 150. 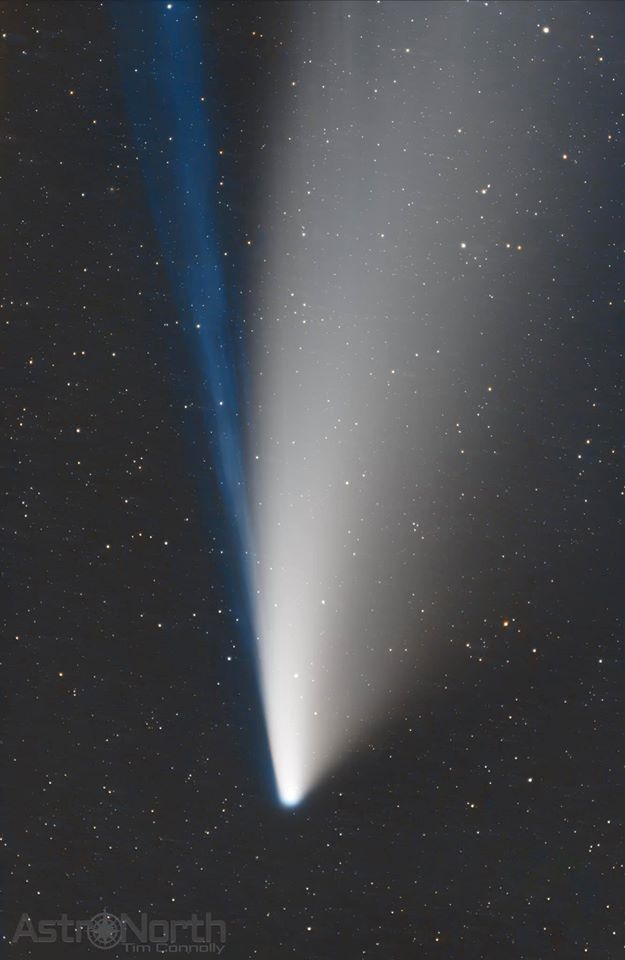 I think ZWO should focus on the ASIair, roll out AutoFocus, and keep releasing innovating products. ZWO is a great company, which continues to rock the astrophotography world, and this is the reason all my gear is made by ZWO.  Thank you for taking the time to interview me.