Urke is the winner of ZWO 2019 ASIWEEK #34 and has brought us many extraordinary astronomy photos. To make our ZWOers know this excellent astrophotographer better, we make this interview. Let’s all take a look now.

Thank you very much and hello! Friends call me Urke. I’m 34 years old and since always been interested in the night sky. I’m from Slovenia and this is where I mostly observe. Besides my family, job and astronomy I find time to catch some beats on turntables and fill my child’s passion towards RC cars. 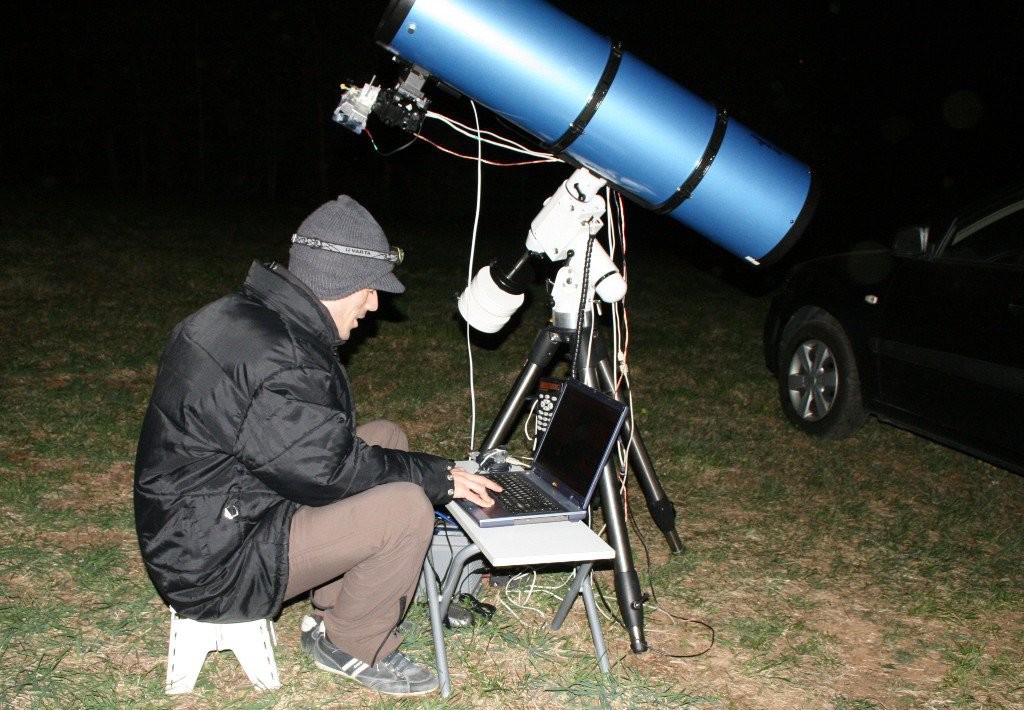 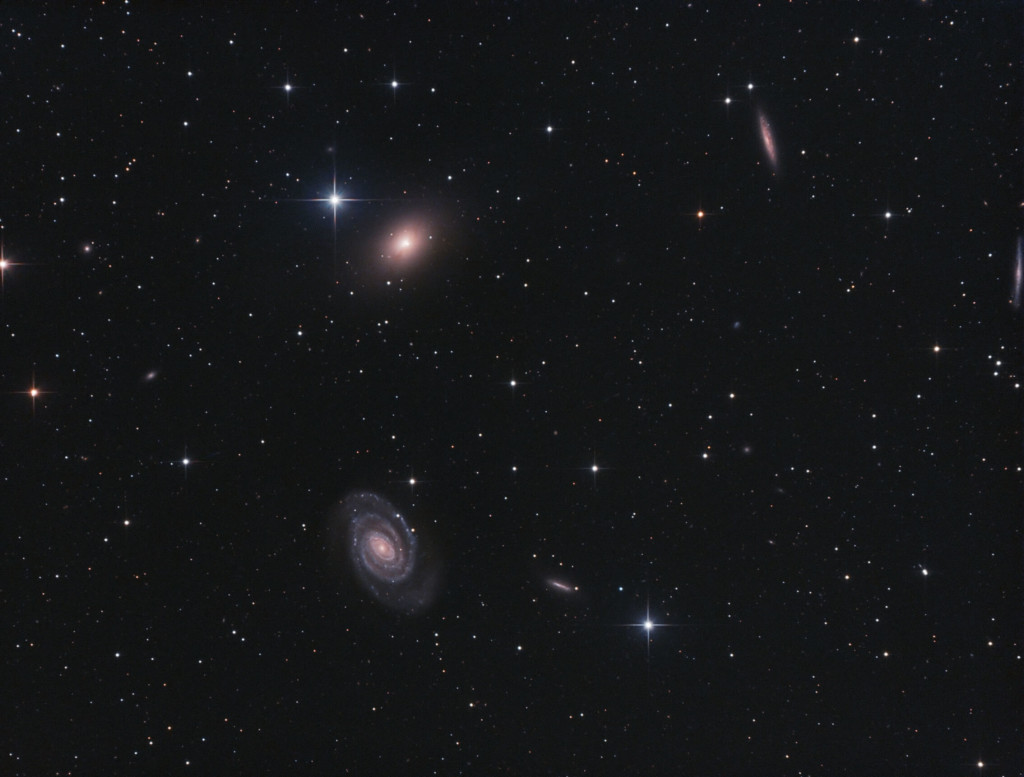 Q2: When did you start to like astronomy? And when did you have your first telescope? What’s the feeling in first observing?

The interest towards astronomy became stronger in my teenager days, wondering and learning about the Universe. Then on my 19th birthday, I received a gift from my parents, a 70mm refractor – that’s when things went uphill very fast! After viewing Moon, Jupiter and Saturn I was so excited – immediately started duct taping an old webcam into the scopes focuser.

I was so thrilled by my earliest results that it pushed me into astrophotography soon after. 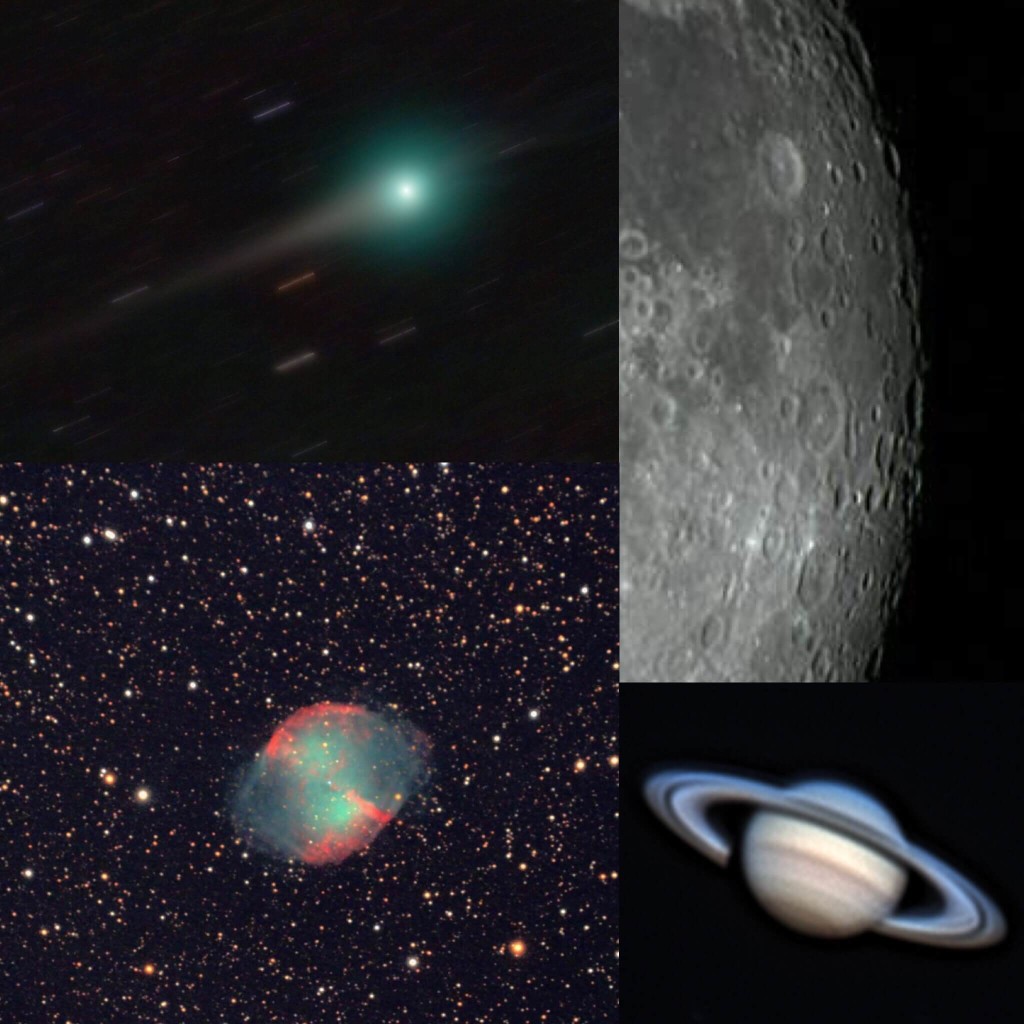 This December will pass 14 years since I did my first deep-sky astrophoto with 80ED APO and DSLR on a tracking mount. The feeling was fantastic, it didn’t bother me that it was freezing outside and I was amazed by the details and colors on photos. Since then astrophotography became my passion. I knew there was no way back and a beautiful journey began. Astrophotography has quite a steep learning curve. The most difficult part is when you engage into certain problems that take a lot of patience and concentration to solve them by analyzing and applying trial/error methods. The most important part is to constantly gain knowledge about every segment in astrophotography i.e. astronomy, photography, computing, mechanics, electronics, weather, etc. 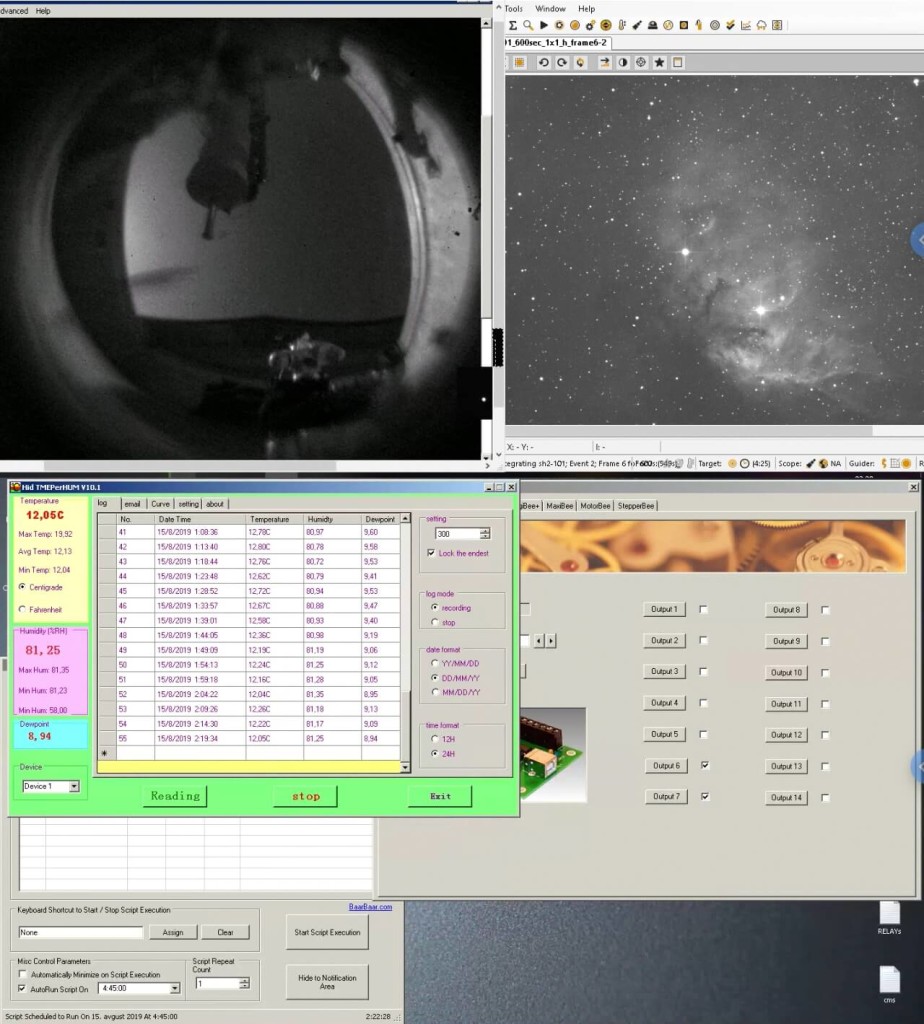 Q5: Astrophotographer usually travel long distances to the darkest places to do DSO imaging, can you tell us about your past unforgettable experience?

Indeed, you need to get away from light polluted areas so I traveled around country, mostly when nights were clear or we had a star party. There were nice experiences when I achieved something new that I learned recently or when I met with friends and together observe the universe and talk about it or just have fun telling jokes. 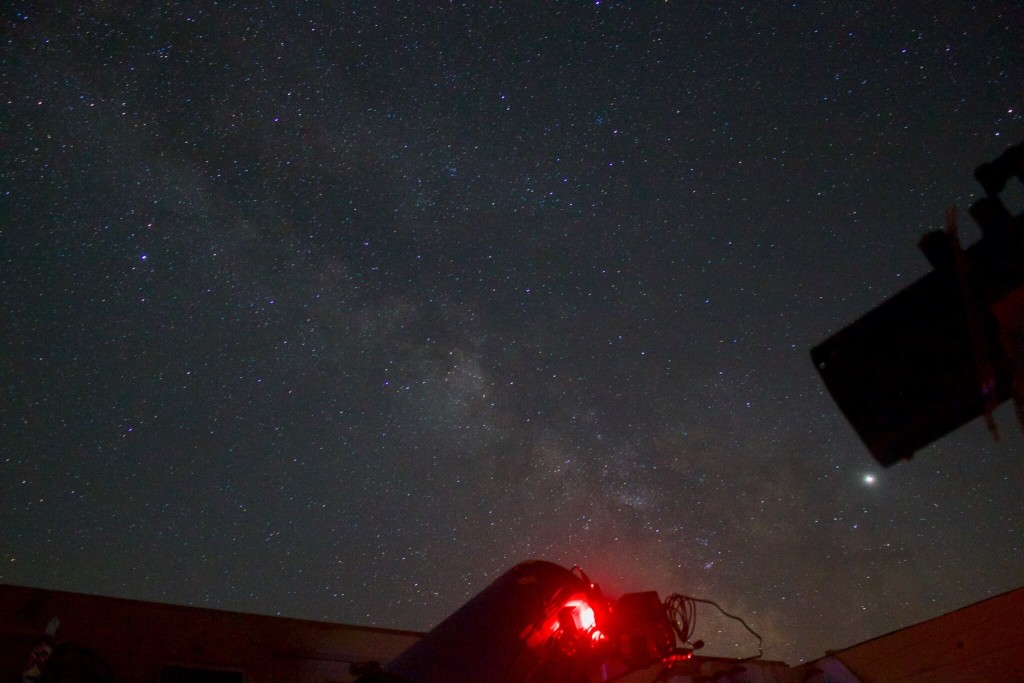 Q6: What equipment are you use currently? Can you show us some images of your setup?

Here is my main setup mounted in an observatory: mount EQ6-R, telescope 10” f/4,7 newton with DSD autofocuser, RCC coma corrector, autoguider Lodestar, main camera ZWO ASI 1600MMPro, filter wheel ZWO EFW with ZWO filter set. Acquiring is now mostly done automatically with robotic observatory via planned sequences. After finished night I do a remote preprocess of all images and then transfer main stacks to a home computer where I do all postprocess and final images. 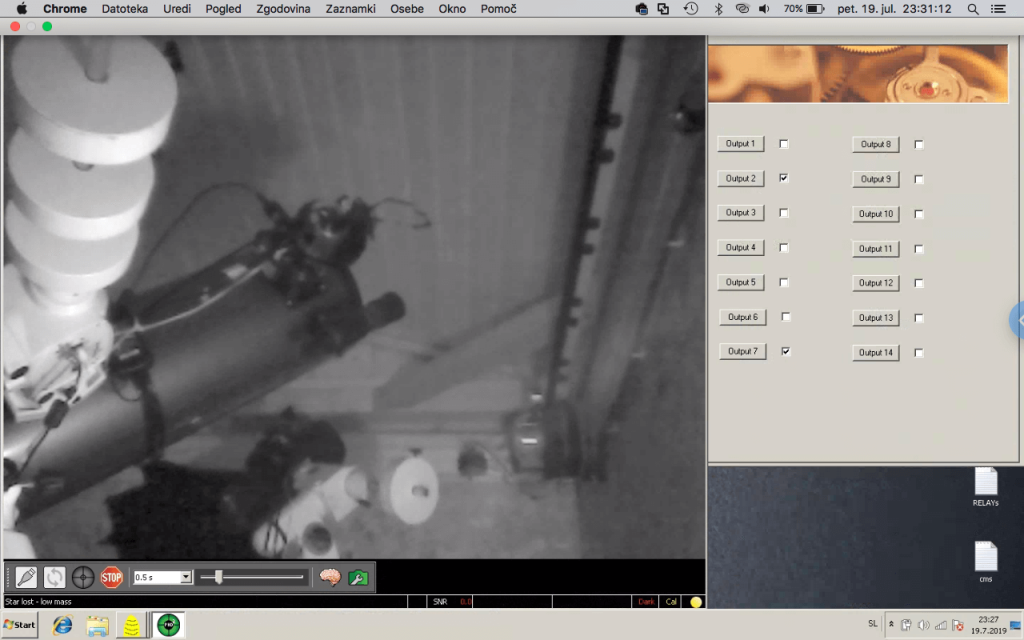 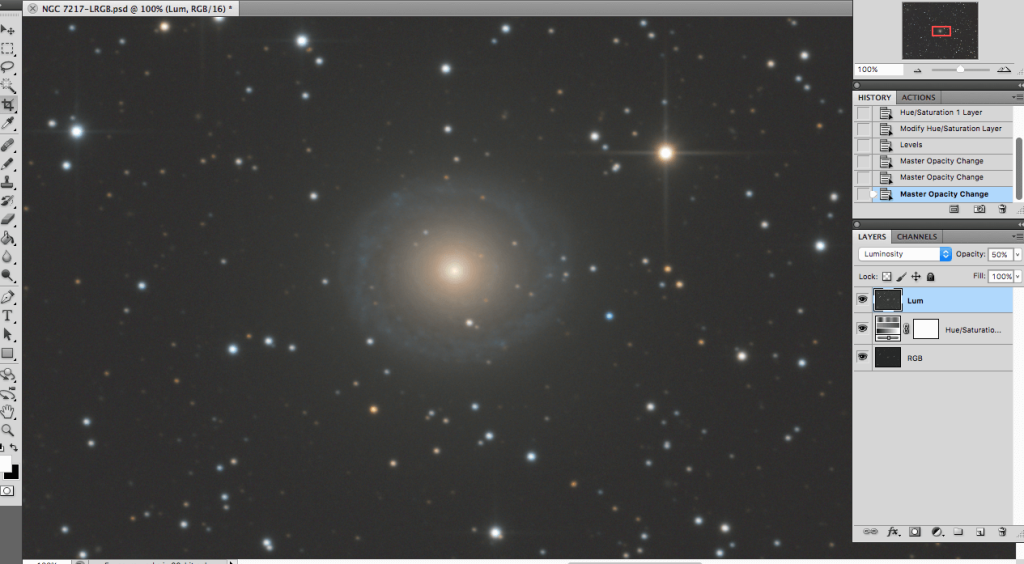 Q7: What kind of telescope is your favorite? Why?

I mostly use newton reflector type of telescopes simply because they have the best price/performance ratio, once you master collimation they’re easy to handle.

I enjoy tweaking and optimizing equipment. I also like to invent stuff, so I constructed myself a prototype imaging scope “BabyGraph” newton, astrograph with 364mm focal length – 24mm corrected image circle at f/4 for widefield astrophotography. 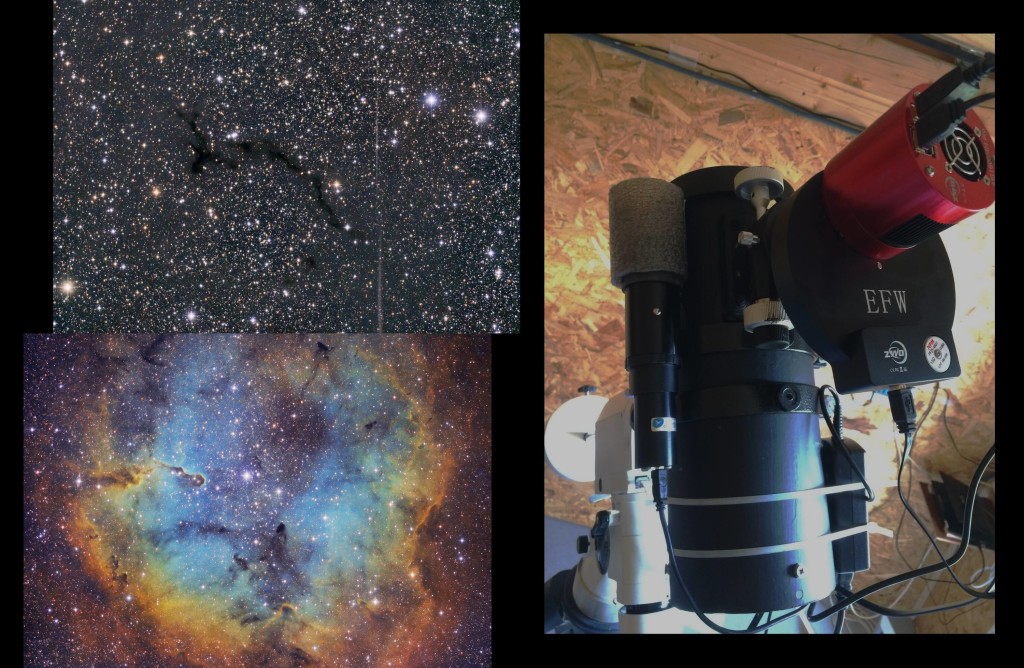 About three years ago I made a decision to invest into a dedicated astro imaging camera, as I was still imaging with a DSLR camera. By the time there were many images and reviews out there, so I’ve decided to get a complete set from ZWO. My first and only ASI camera is 1600MM pro. It is well build and really like that it is a mono one, as LRGB and narrow band imaging have opened a new chapter in my astrophotography. 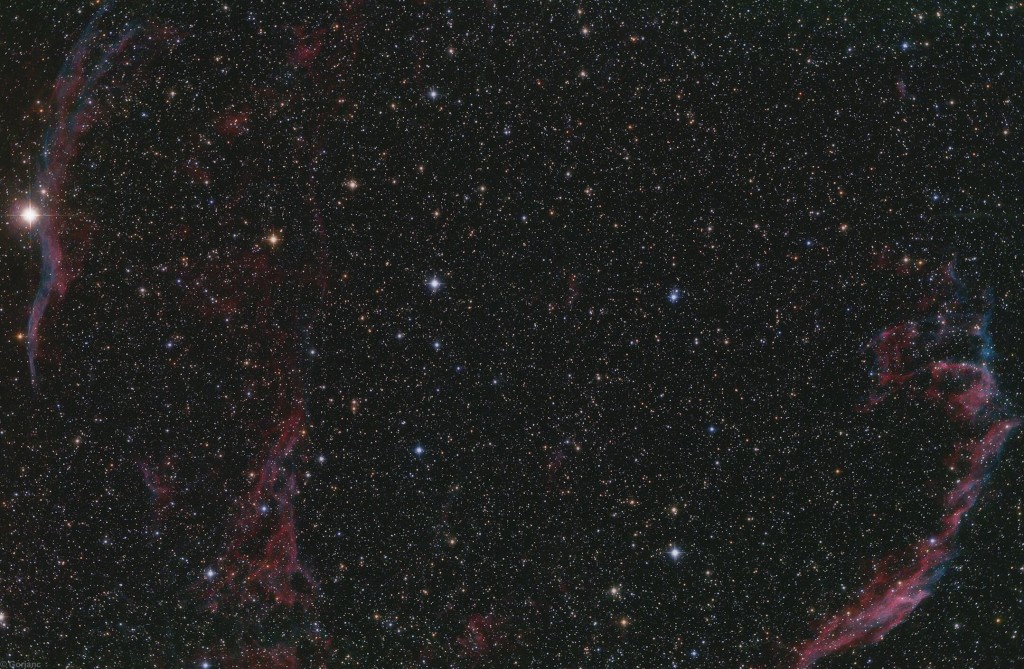 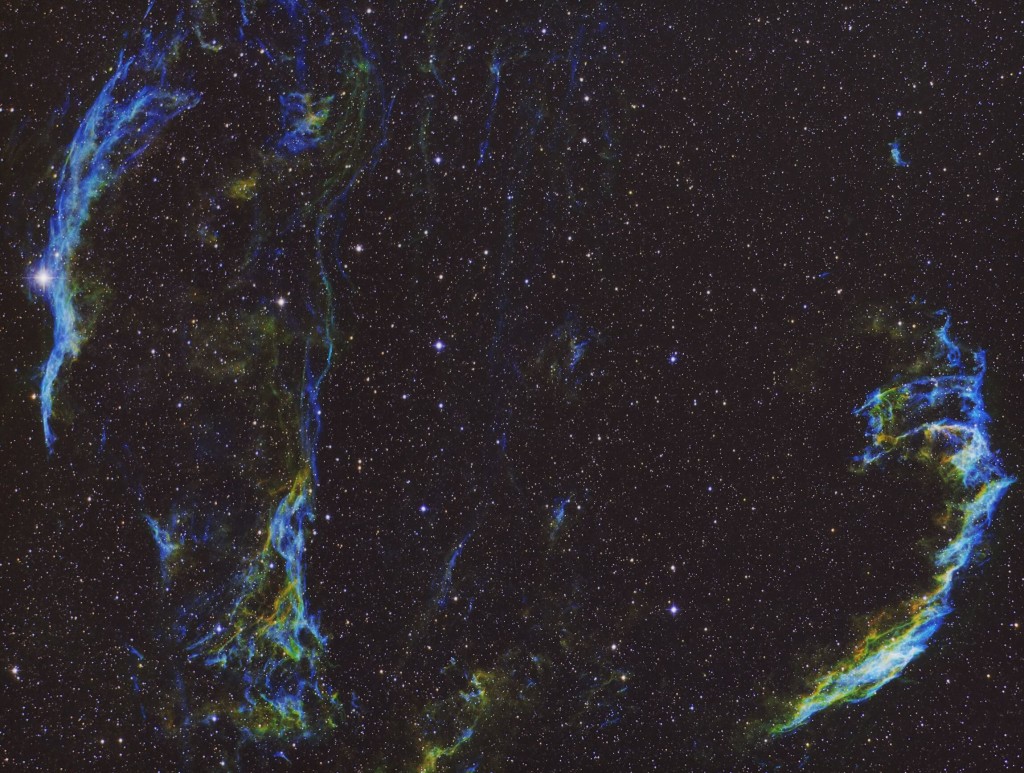 Q9: Which ASI camera is your favorite? And why do you choose it? Do you have any user experience share to users who wish to buy an astro camera?

The one I have now, haha. I had to calculate the field of view and system resolution for certain focal lengths and types of sensors, so the choice was an ASI1600MM Pro camera. I would go for a mono sensor anytime, except I’ve noticed that when I image faint galaxies, I would be better off with a color sensor. 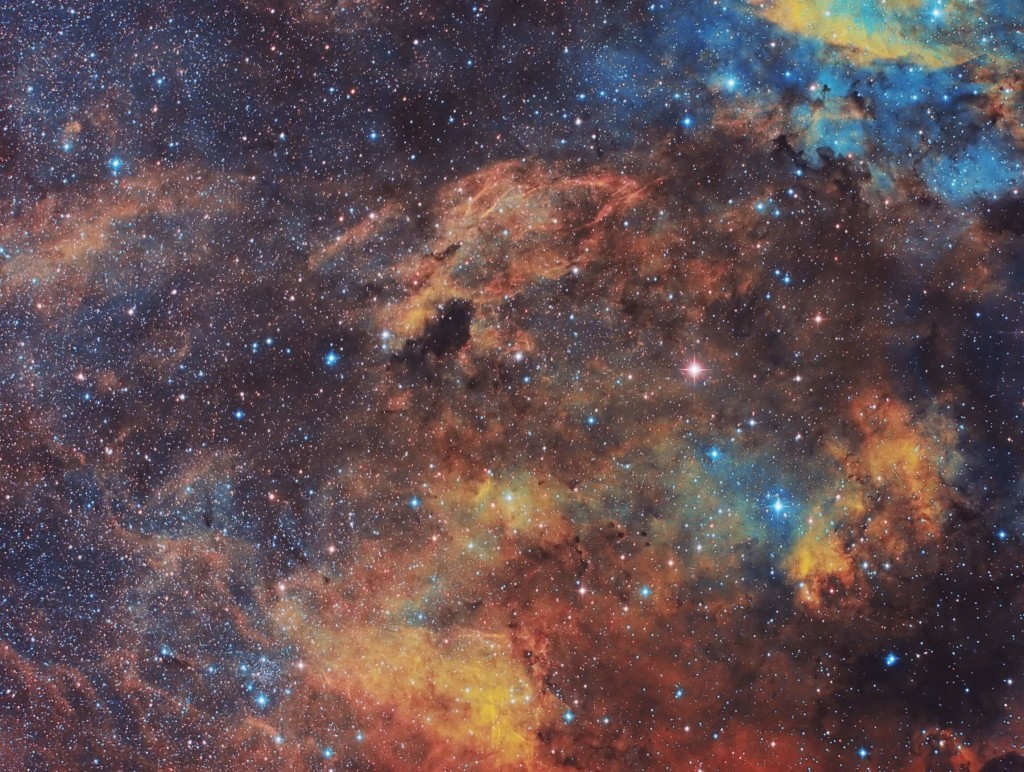 Q10: Did you know our ASIAIR? If yes, what features do you like? Any new features you like to add?

I am aware of ASIAIR and it’s features, great solution for imaging, eliminates the need for a laptop. As a feature it would be cool maybe something like controlling a dome/roof with USB relay. 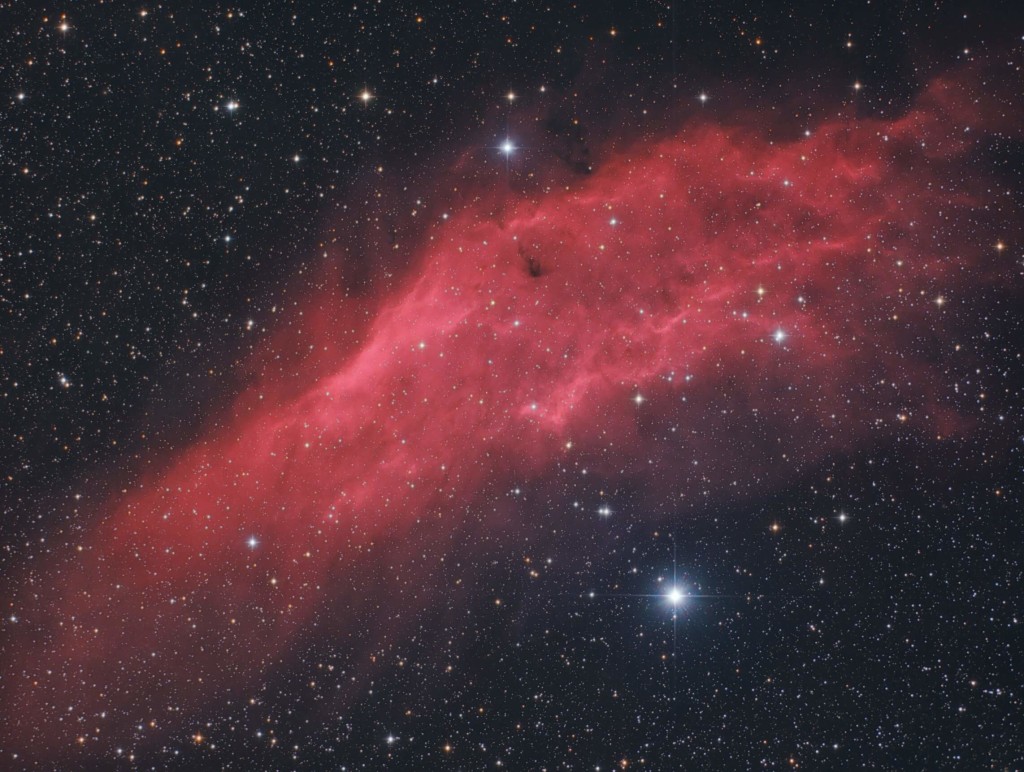 Q11: What’s your impression of ZWO?

I’ve noticed ZWO has to offer many interesting products that inspired our local astrophotographers. I think simplicity and accessibility is the main impression.