Hello William, thanks for accepting our interview invitation. Congratulations for winning ASIWEEK competition in week #50 2022.

Q1: Could you please make a self-introduction first?

Hello my name is William PELLISSARD, I am 53 years old and I live in Paris in the 13th arrondissement of Paris and I practice planetary astrophotography from a loggia on the 15th floor of my building. 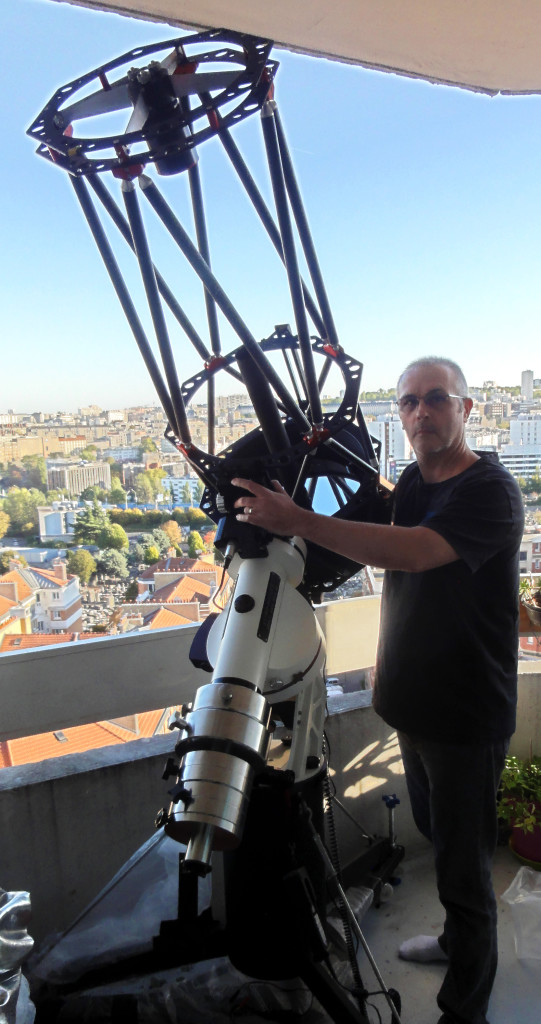 Me with my equipment

Q2: How did you become an astrophotographer? How long have you been?

I was very quickly interested in astronomy from a very young age and as a teenager, I started to practice astrophotography which was silver halide at the time. I stopped practicing this hobby for about fifteen years. But around 2010, discovering the incredible results of amateurs with modern technics, I decided to practice planetary astrophotography.

Q3: What gear do you use? Any photos of them?

I use a Skyvision 350 MT cassegrain astrograph at F/D 20 that’s why I only use certain cameras to have a suitable sampling. The primary mirror is made of Zerodur and the central obstruction is 24%. The mirrors were polished by Mr. Michel Bonnin of the Skyvision company, certainly one of the best French glass pushers.

The mount is an Astrophysics 1200 GTO, it easily supports the 31 kg of the optical tube. My optical assembly is the following, a robust electric crayford Optec without backlash with visualization of the pitch, an ADC Pierro-Astro MKIII (since the planets have been very low in France for many years, for example Saturn at less than 30° current elevation) a recent Zwo electric filter wheel, before I had a manual model but which was too restrictive and an X-Y stage which allows me to recenter the camera on the optical center each time the ADC setting is changed, this allows me not to lose the collimation.

For shooting, an ASI290MM, ASI462MC, ASI294MM camera (only for the large lunar field or complete mosaic of the moon) and finally a 174MM for the lunar and solar. I also have a ASI224Mc but I no longer use it. 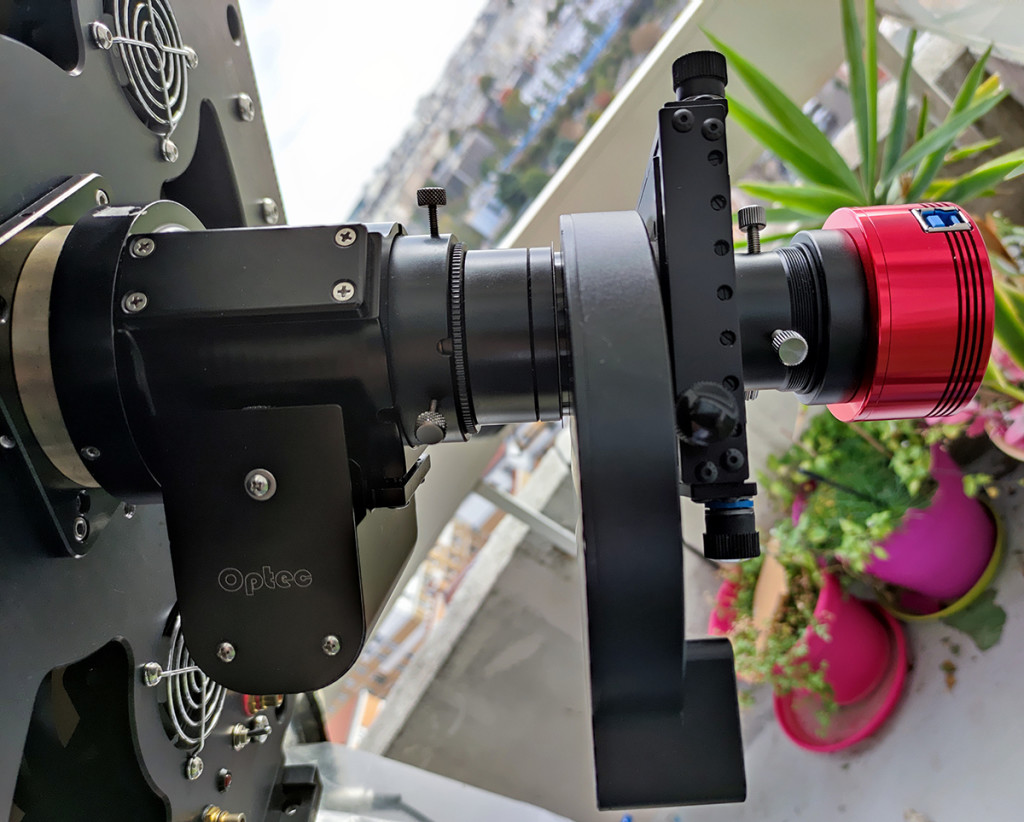 Q4: Where do you normally take astrophotos, from your backyard or somewhere dark but remote?

All my images have been taken for a few years on my loggia located on the 15th and last floor of my building, I am next to a large stadium and a few hundred meters from the ring road. I only have a small window to image due to the top of the building limiting me to about 51° elevation! 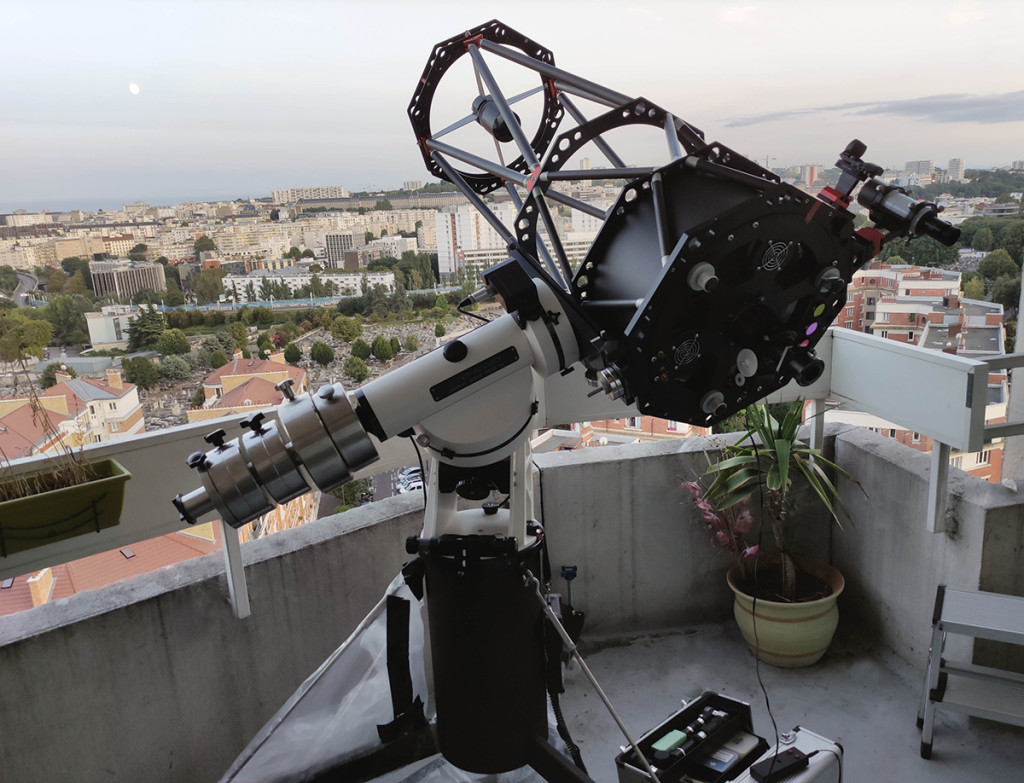 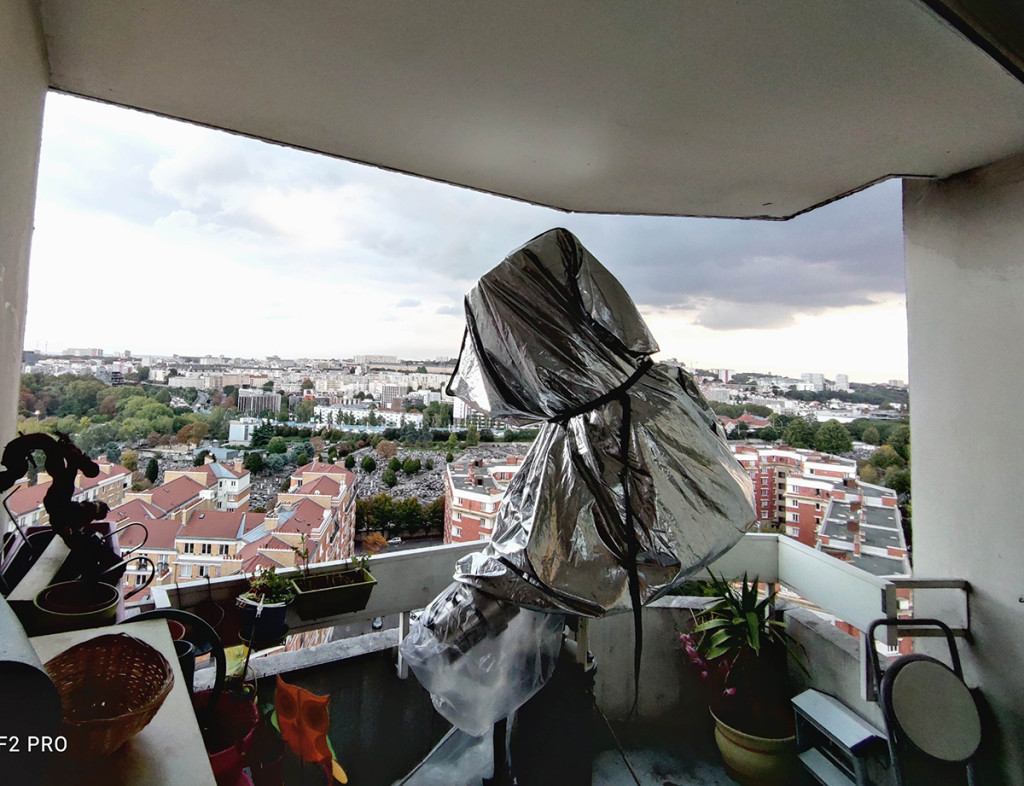 Q5: Are there any local astronomy associations in your city? Do you attend their activities?

In Paris and its suburbs there are many clubs but I do not adhere to them.

Q6: Are there anyone who inspired you when you were into this hobby at the very start?

The first renowned amateur astronomer who influenced me to embark on planetary astrophotography and undoubtedly Mr. Thierry Legault, I had the chance in the late 1990s to meet him and buy him a remarkable instrument, a maksutov-cassegrain intès-micro rumak of 250mm. I did not immediately launch into digital astrophotography, which at the time seemed out of reach and too technical, but I regularly followed his work.

Around 2011 I discovered the superb site of Mr. Christian Viladrich, I already knew his magnificent images at the time of film photography where he excelled, Christian does not hesitate to share his knowledge (shooting, optical diagrams, use of filters, etc.), I can say that it was one of those incredible images of Jupiter that launched me into the world of digital astrophotography!

Q7: As to your winning image, Jupiter, would you please tell us how did you capture it? Would you like to share with us some detailed camera settings?

My image of Jupiter was taken from my loggia, I try to go out whenever the weather allows it and I don’t hesitate to observe all night to be sure to have a correct seeing moment, by the way it’s hard to go back to work the next morning. I started by making the most precise collimation possible on a star located around 45° elevation to have the least possible turbulence (I generally add a red filter to limit it) then I come back to Jupiter to adjust the ADC, this automatically causes a displacement of the planet (movement of the prisms), I refocus with the X-Y stage so as not to lose the optical center. As for the development, I constantly make corrections with the help of the step counter (Optec).

That night, the turbulence was fluctuating but I felt it would be good from the start of the evening. I like to do several series with the film sequencer in Firecapture, about ten and it allows me to perform a derotation of images if the films are of equivalent quality. For more convenience the ZWO camera is connected to the ST4 port in autoguiding, it is very practical especially since I regularly move my telescope to protect it from the rain and the wind so the setting up station is not always optimal, with this connection I no longer have to worry about catch-ups, it’s really a very practical function.

So I used the ZWO ASI462MC, I try to balance gain and acquisition speed, I think you shouldn’t systematically set a speed that is too fast, the quality of the gain is also important. Here I have therefore used the reasonable gain of 240, I pay particular attention to the histogram which must be located at 80%. The image was taken at 31°15, most of my images are taken between 30° and 48° elevation due to my site setup, I have a very narrow viewing window. I use Firecapture software for shooting, Autostakkert for stacking, and the excellent French software from “Lucien” Astrosurface, a real Swiss army knife, Winjupos and photoshop for some retouching. 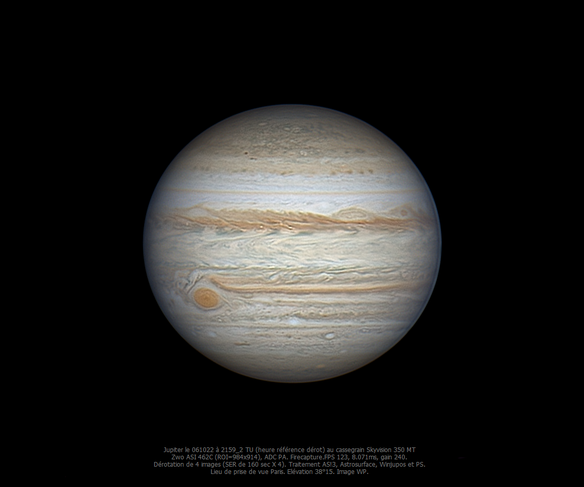 Q8: Planetary imaging and DSO imaging, which one do you prefer and think it is more challenging?

I only practice the planetary imagery that I particularly like. In any case, it would be very difficult for me to perform DSO imaging from my site where light pollution is high. They are 2 different technics; I think deep sky requires more processing skills!

Q9: Do you normally shoot the targets on your own, or will your family or friends join you?

I practice astrophotography alone but very often I communicate by sms or Facebook messenger with my astrophotographer friends in the Paris suburbs and more particularly my close neighbor and friend (located 1 km from my home) Jean-Luc Dauvergne who is one of the best French astrophotographers, sometimes he motivates me to go out after a busy day at work. We talk a lot directly when we observe.

Q10: Are you interested in astrophotography popularization? Do you have any related outreach experiences?

Nowadays we have many opportunities to share what we do with a large audience thanks to social networks. It’s always a pleasure for me to share what I know and what I’ve learned. We also have big meetings to meet people in France like Les Rencontres du Ciel et de l’Espace at La Cité Des Sciences. It happens once every 2 years and it’s this year, from November 11th to November 13th. It’s organized by the main magazine in French about astronomy: Ciel et Espace. I also used to share some of my images with the magazine, they have published a lot of them. 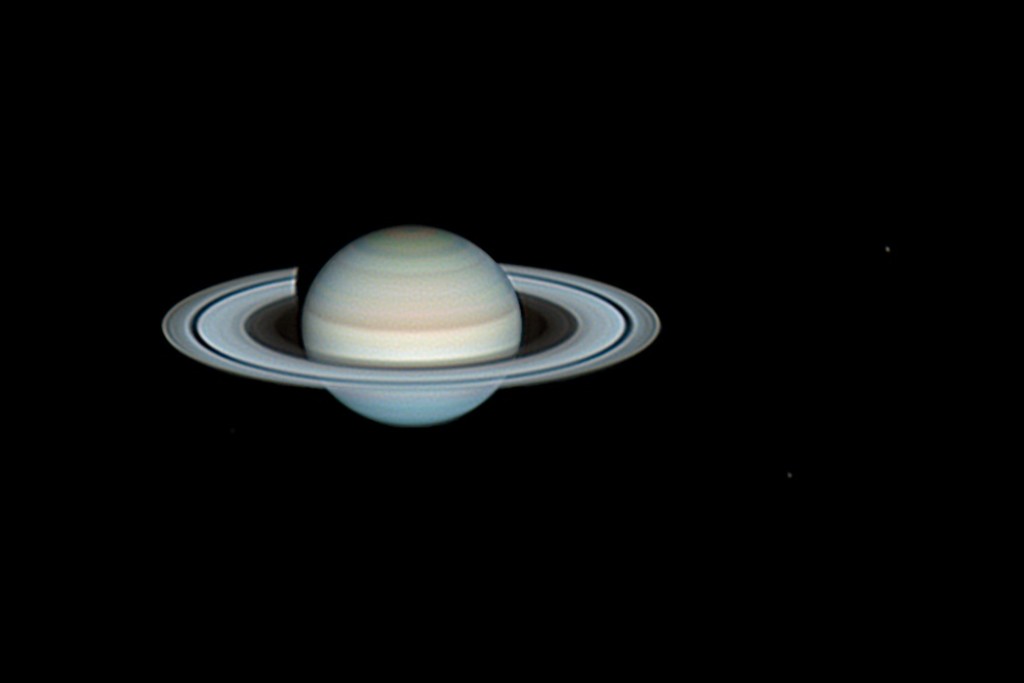 Q11: What are the most important keys for you to choose an astronomical dedicated camera?

The camera must have low readout noise, its pixel size must be between 2.9 and 4 with a high F/D instrument, it must be sensitive to short wavelength including UV.

Q12: What new ASI products do you expect?

The equivalent of the ZWO ASI462MC in monochrome version would be the ideal camera for practicing RGB to exploit the full potential of the optical tube when the conditions are excellent! IMX 2210 could be that one, it would be a pleasure to make a try if you already have some available. Ciel et Espace is also interested. A USB3 version of this camera could be very interesting for bigger telescopes.