You might not know Wissam Ayoub before, but you might have already seen his astrophoto – the Crescent Nebula and Soap Bubble Nebula. It won a NASA APOD and a ZWO ASIWEEK,  also greatly changed our expression of the Crescent Nebula.

Thank you for your recognition. My name is Wissam Ayoub, I am 48 years old based in the Abu Dhabi, UAE.

I’ve been in the videography/broadcast industry for the past 25 years and currently run the Operations department and teams in a regional news organization – however, my personal passion has always been astronomy. 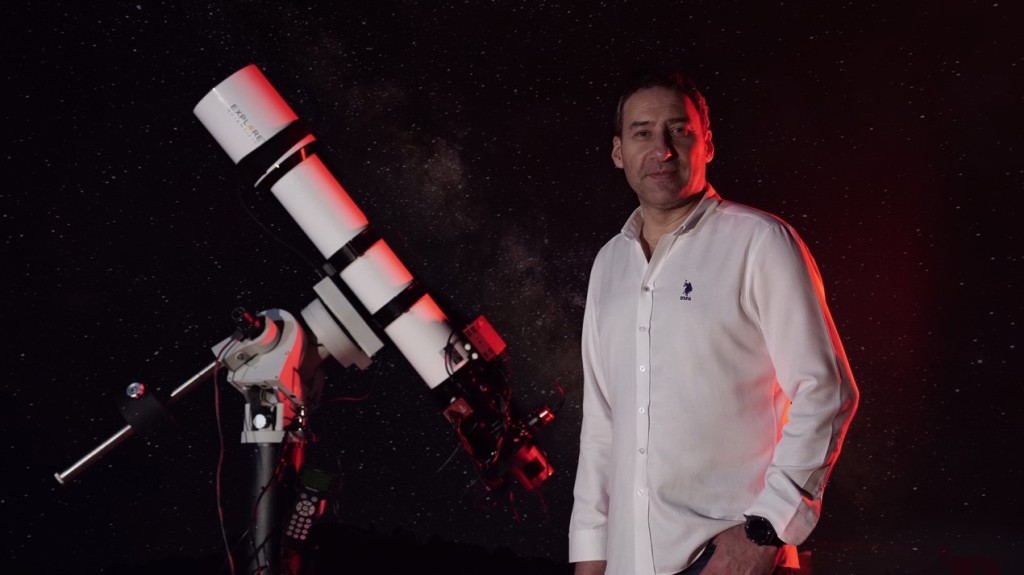 Wissam Ayoub and his Telescope

Q2: Your image The Crescent Nebula and Soap Bubble NGC6888 not only wins ZWO ASIWEEK competition but also get a NASA APOD. How amazing! Can you tell how did you capture it and how did you do the post-processing?

When I first saw it, I thought to myself – what a great honor, how amazing. In short, I was extraordinarily happy!

I had planned to capture the Crescent Nebula for a long time and I managed to image it in the Abu Dhabi Desert, UAE, using my Explore Scientific 127mm ED TRIPLET APO and the ZWO ASI1600MM Pro Camera, the sky was very clear and the total integration time was 10 hours.

As for the processing, like any other image I process, I take my time and sometimes days to obtain the highest quality image possible. 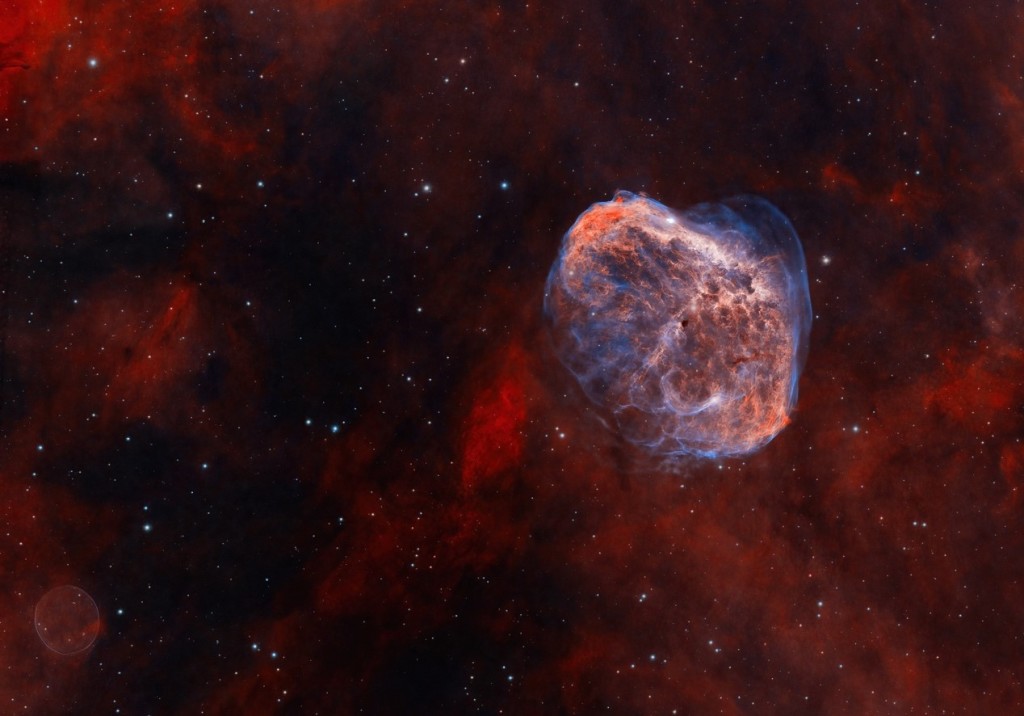 Q3: Why do you love astronomy? Do you still remember the feeling when you saw something from the eyepiece of the telescope for the first time?

I always had a passion for astronomy and astrophotography, but never had the chance to pursue it. One day however, I was looking at the beautiful photos of Galaxies and Nebulae taken by the NASA’s Hubble Space Telescope and I was amazed by the beauty and the quality, and at this exact moment, I decided to be an Astrophotographer.

The first time I saw the Moon in my eyepiece I was speechless. Nothing could describe the happiness and joy I felt. Truly jaw dropping! 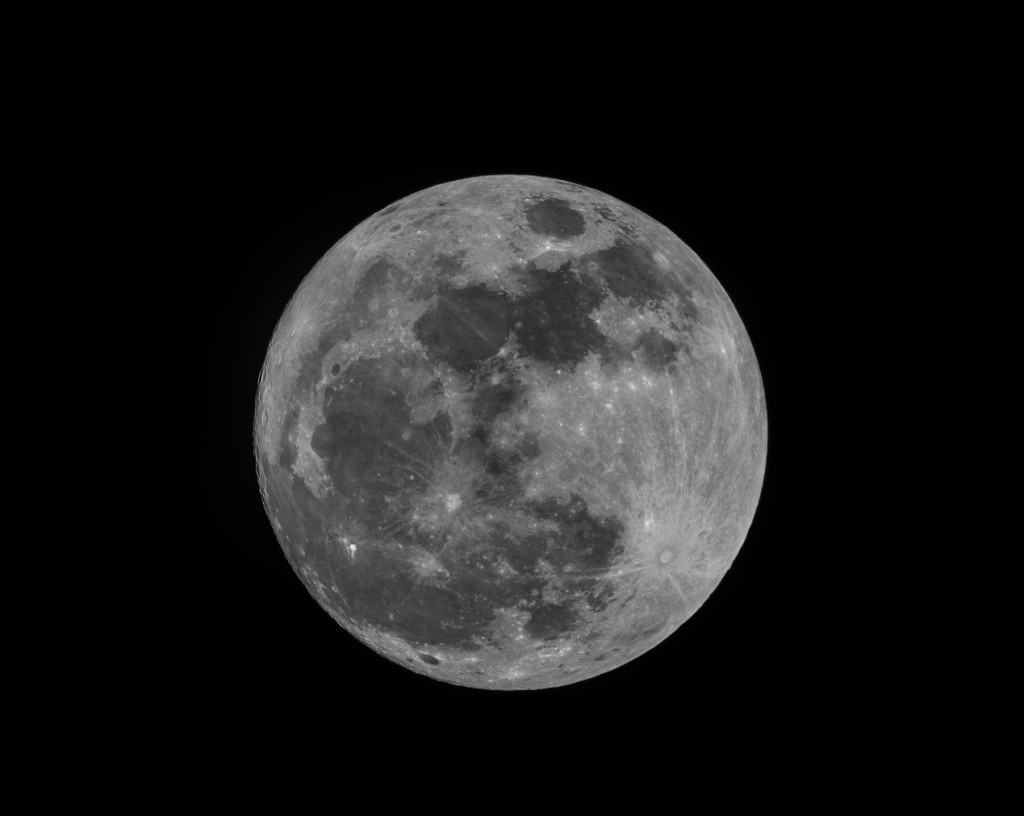 Q4: When did you start astrophotography and how? What was your first target?

I started Astrophotography in January 2019 and my first target was Orion Nebula M42 using my Celestron 8SE and a DSLR camera. I am very proud of this image as it represents my early beginnings. 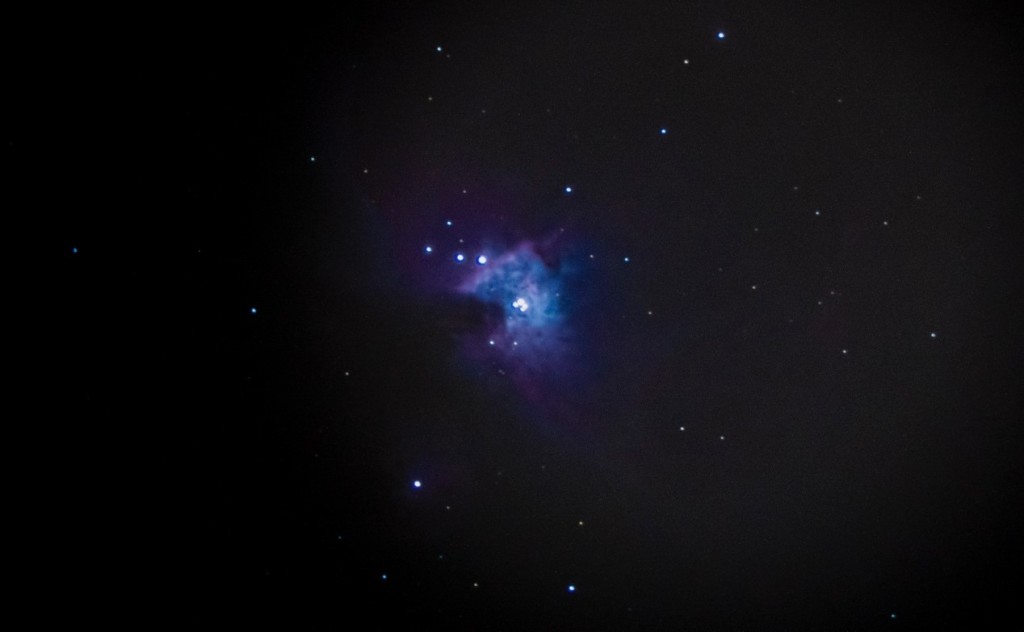 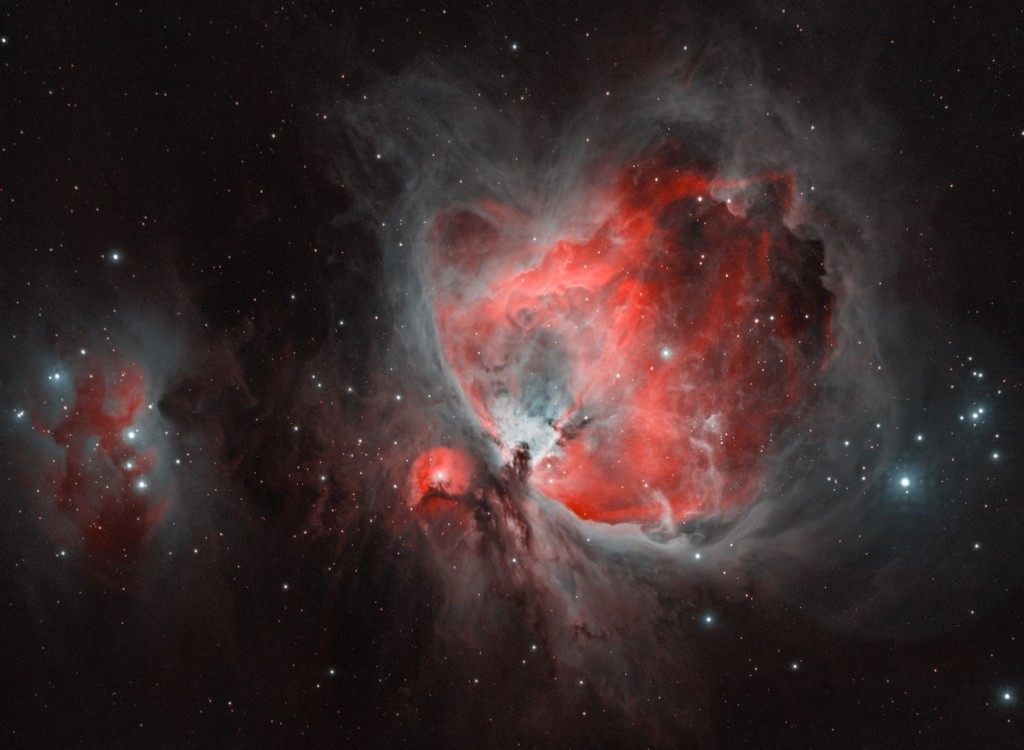 Q5: What gear do you have? Can you show us some images?

The below are some of my gear, 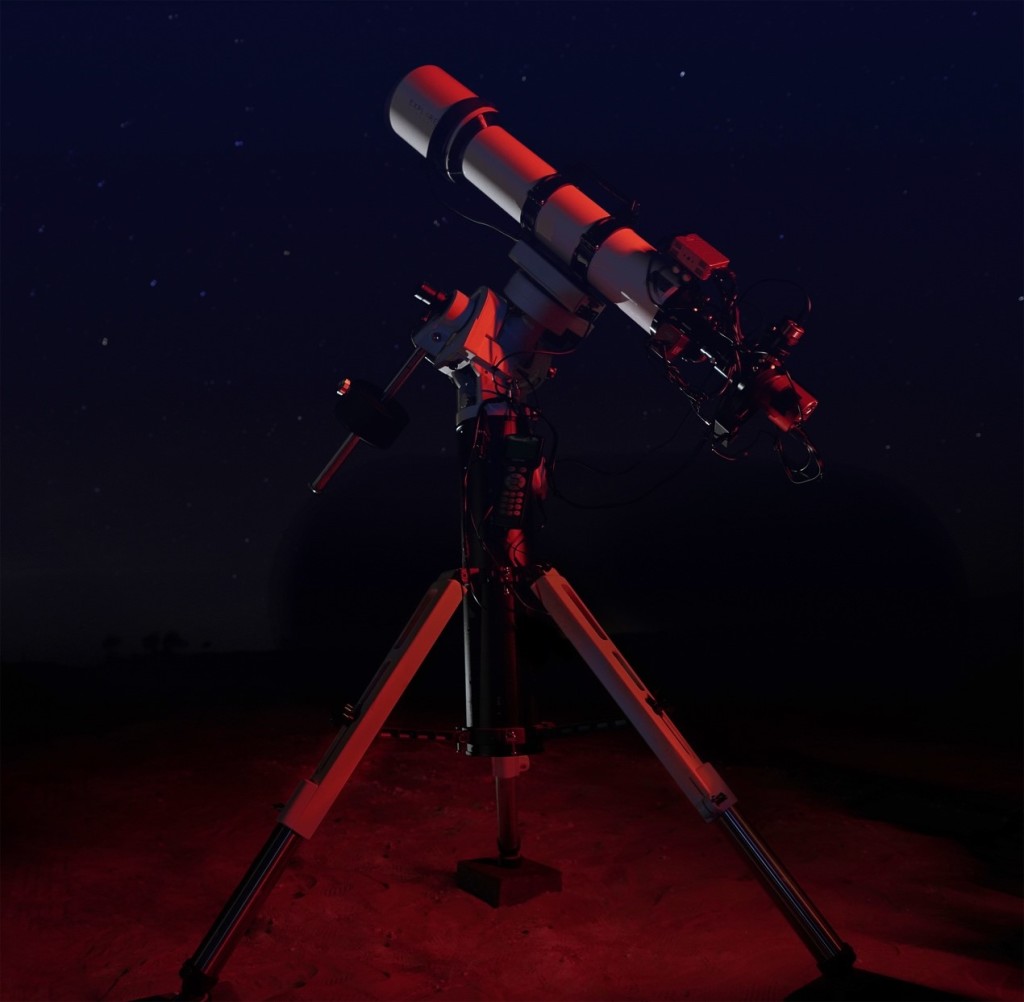 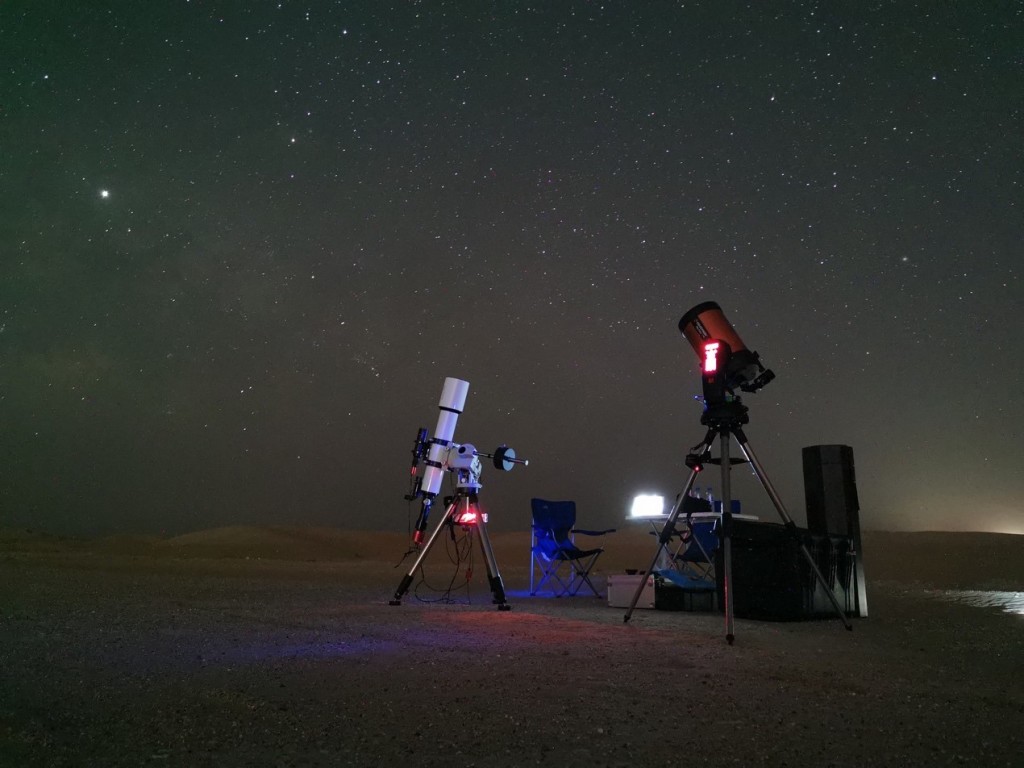 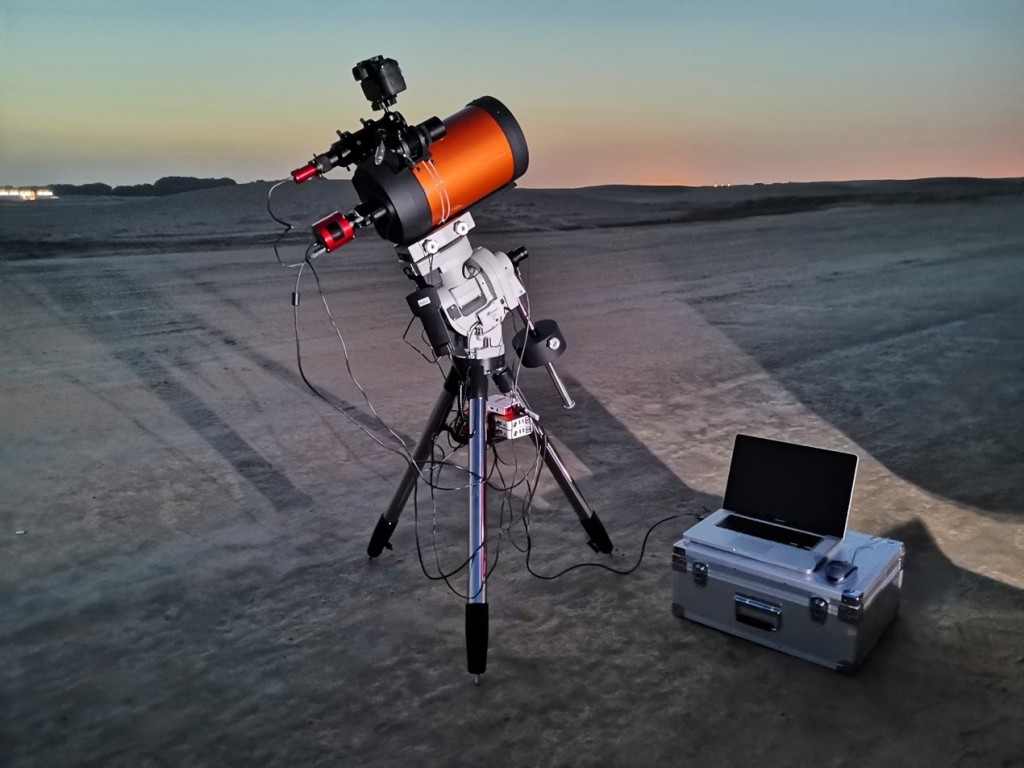 Q6: What’s your first ASI camera? Is it an OSC or mono camera?

Q7: So why did you buy ASI294MC Pro as your first ASI camera? Is it also your first dedicated astronomy camera?

I first got the ASI294MC Pro because I read so many reviews about it and I found that all what I read about it was true, it is a great camera!

It is still my first dedicated astronomy camera and I would highly recommend it, I still use it on my other rig in wide FOVs. As I go forward in the journey of seeking perfection, I included the ASI1600MM Pro to my gear.

Q8: What different experience does it give you compared to your DSLR camera?

What a difference! To me personally, moving from a DSLR to ASI cameras was a departure.

Q9: Where do you normally take astrophotos, from your backyard or somewhere farther but darker?

I drive around 90 mins to reach the Abu Dhabi Desert and I enjoy it there because of the darkness it has – it’s class 4 Bortle sky. 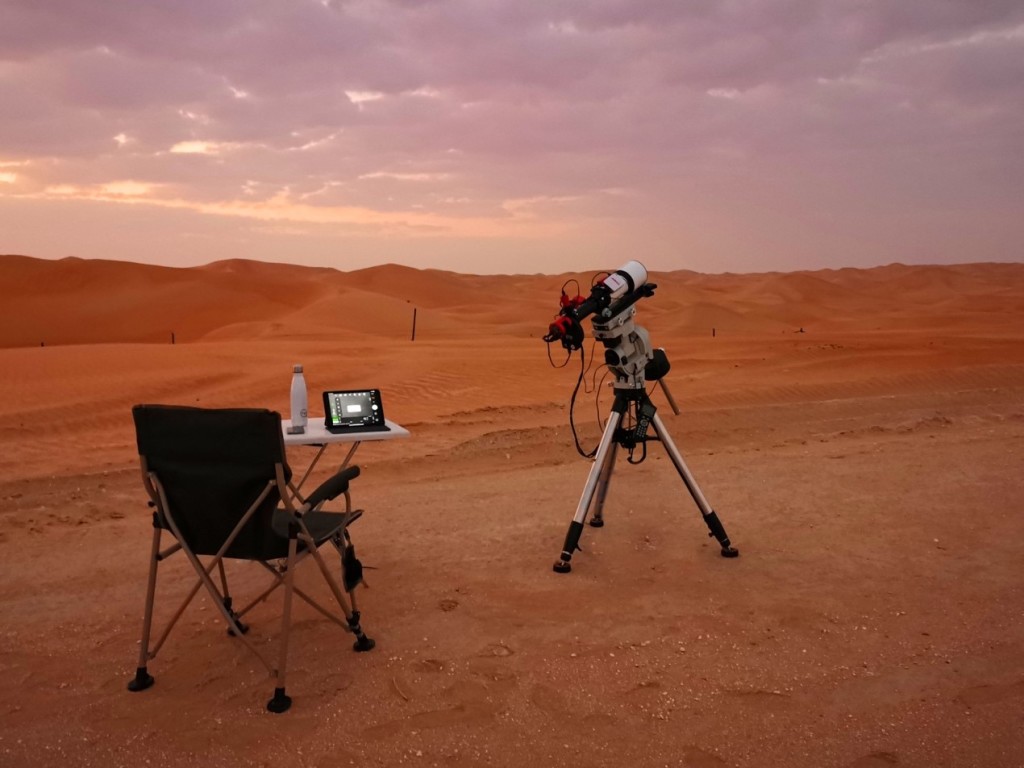 Razeen, Abu Hiraybah, Abu Dhabi, UAE. Bortle 4 sky, waiting for the clouds to clear, it did at night!

Q10: Do you have any unforgettable experience during these years of astrophotography?

One of the nights I was in the desert and I had a friend join me. This friend was a poisonous golden scorpion!. As I just started imaging, I couldn’t move my gear and I had to stay all night next to it as I didn’t want to hurt it as I simply intruded its territory.

One other night, I was also in the desert, all alone, extremely dark, focused on my iPad screen for hours with total darkness and complete silence for hours, at around 3 am and out of nowhere… I hear 2 guys saying Hi there!!!

This scared the hell out of me!!!

It turned out that they lived kind of nearby and tonight they were taking a (long) shortcut.

For safety reasons, I now go to the desert accompanied with a friend/s, let alone the scorpion.

Q11: We all know that astrophotography has a very steep learning curve at the beginning stage. How did you overcome it? Can you give some suggestions to other new beginners?

I learned astrophotography by myself, having spent hundreds of hours watching related videos on YouTube, read thousands of articles and navigated through discussion forums. I came to choose my gear carefully, and here I started.

My suggestions to new beginners would be: read, read, read, learn, try, try again and again and never ever give up on your passion. If someone else on this planet did it, then YOU CAN!

Q12: The year 2020 is going to end, what achievement have you made on astrophotography during this year? Do you have any goals for next year?

Happy to win NASA APOD, ZWO ASIWEEK, two of my images featured at Sky, one image won IOTD at Astrobin and many of my images are featured on regional platforms.

My goals for the next year are much bigger, I planned to image much more difficult deep sky targets. 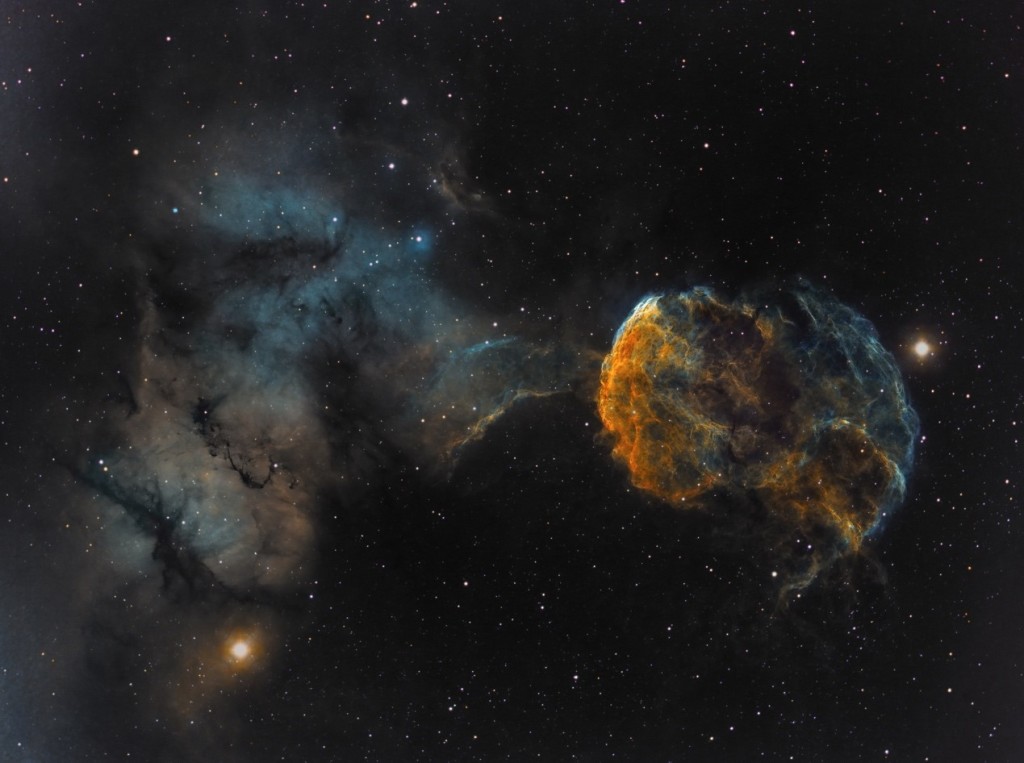 The Jellyfish Nebula IC 443 and surrounding IC 444, won Astrobin IOTD and was featured at Sky. 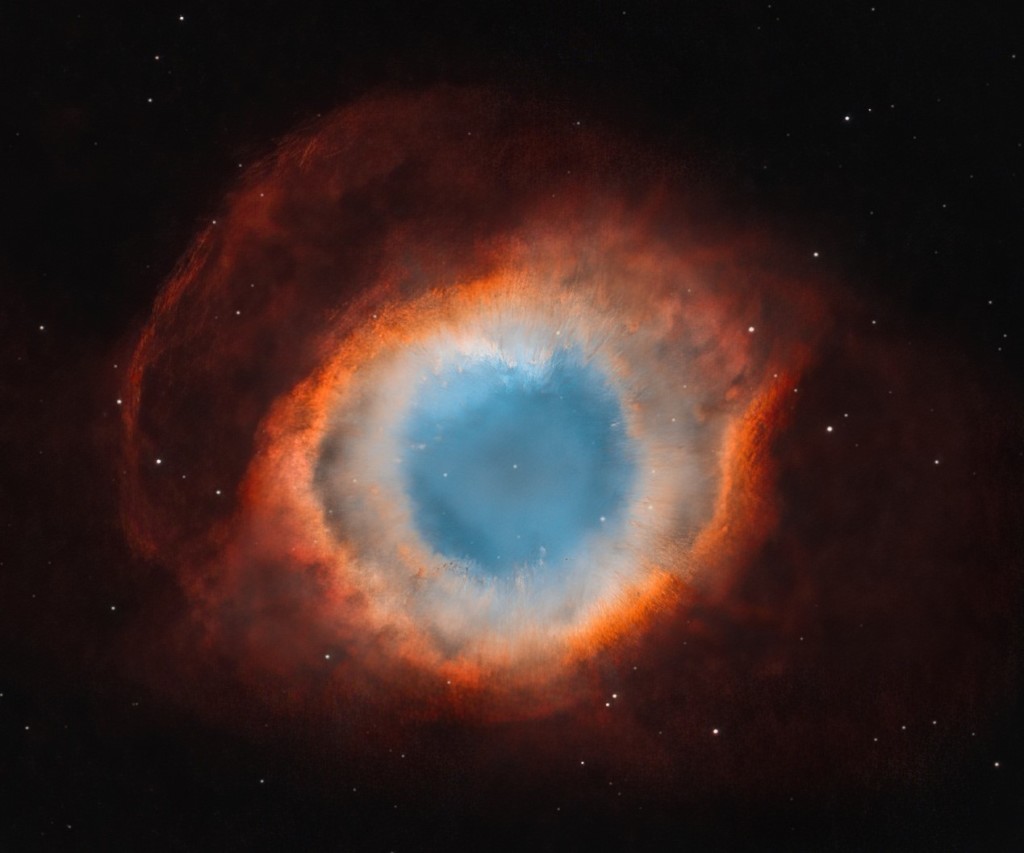 Q13: We noticed that you also use an ASIAIR for AP. How do you like it? Please feel free to tell us your feedbacks!

I use the ASIAIR and the ASIAIR PRO and I love them. I can call them freedom, excellent performance and the Wi-Fi features that help me -sometimes- capture from inside my car in the freezing cold desert. Not a paid ad.

Q14: What kind of astronomy-dedicated products do you hope us to develop in the future?

ZWO ASIAIR PRO, although it is an excellent product that helped me all the way along, its Wi-Fi range needs to be improved.

ZWO EAF, autofocus is an excellent feature, and I would appreciate if it can be developed for more accuracy.