With great enthusiasm I received my ZWO ASI2600MC  Pro and had a clear night to try it out.

When I started in astrophotography almost 5 years ago, my first camera was a modified DSLR 450D. I had a lot of fun at the time, but I cannot deny that my leap in quality in images occurred with the arrival of the first ZWOASI 1600 Mono to the market. Since then I have been a big fan of Monochrome CMOS cameras.

One of the reasons that kept me in the Mono model was the colors produced by OSC cameras. Usually the colors look a little more “matte” than the images obtained with Mono cameras.

When I read the first news related to the production of OSC systems with the new Back-Illumination technology, I was curious about the results. This technology allows a quantitative leap in the images produced. Comparisons made in surveys raise the QE from 60% to 90%, greatly increasing results in low-light environments.

Trying to explain in a very simple way, the following occurs: In traditional models, the photodiode, a device that transforms light into electrical current, is at the bottom of the sensor, so the light has to pass through more surfaces, losing a large part of photons. on this “path”. In the Back-Illumination system, the entire system was redesigned, and the photodiode was brought to the front, receiving practically all of the captured photons. 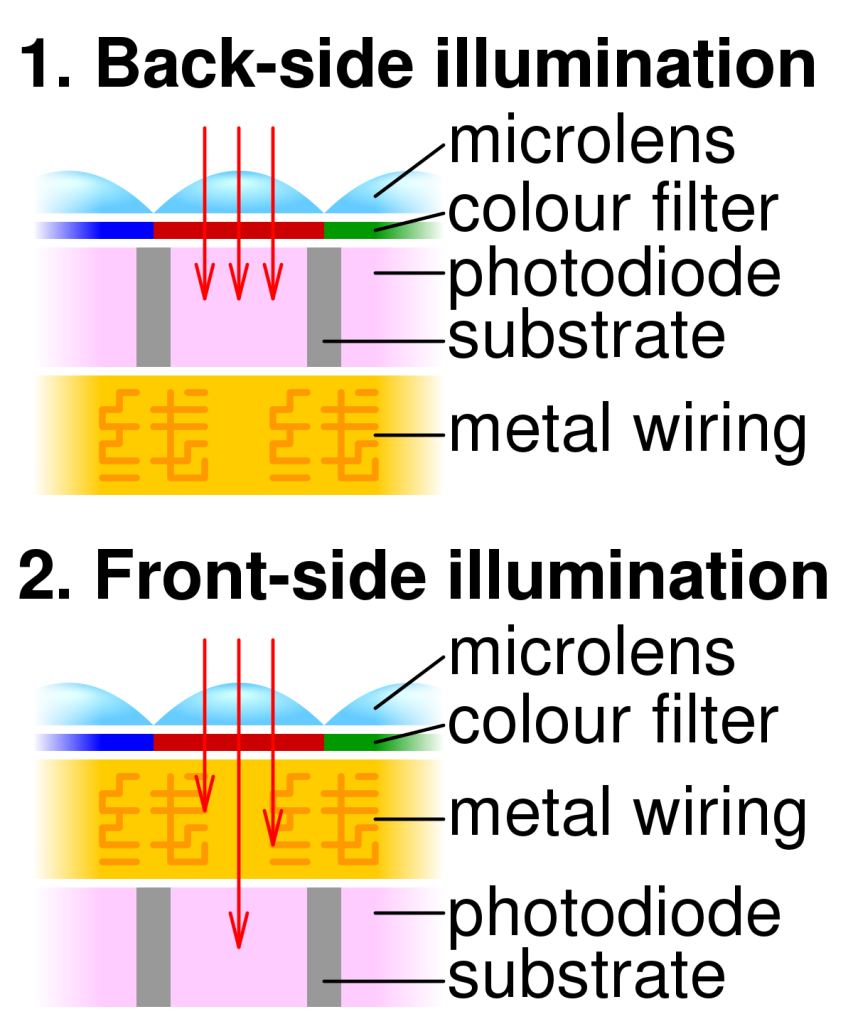 Allied to this, ZWO and Sony (pioneer in the Back-Ilumination system) deliver us a camera with a fantastic resolution and with the AmpGlow problems virtually solved. That is the first good news.

Most astrophotography enthusiasts found it quite difficult to calibrate camera frames that had a more pronounced AmpGlow. Being an inherent problem with CMOS technology, for a long time we had to adapt to it and solve it through the calibration frames. However, this problem seems to have its days numbered. With the new crop of cameras that we are receiving, all systems have been developed so that AmpGlow practically does not exist.

Another good news is that despite the size of the camera (it is really big) ZWO was able to deliver a product with just over 700 grams, excellent for an APS-C sensor.

The camera has a tilt adjuster to get the flat image. 16bit also dramatically changes the image. The depth of the colors is perceived in the first frames, presenting better contrast and sharpness, and finally presenting us with softer and more natural colors, this is the best news for me. I always observed the OSC cameras with a little prejudice due to the colors presented. Here, I finally found vivid and natural colors.

The 14Stops of the Dynamic Range is another factor to celebrate. It is estimated that the human eye can see 20stops, so the 14stops reach a considerable Dynamic Range between the light and dark areas of an image.

Bin 1×1 frames deliver an image of approximately 50mb. After the Debayer the image reaches 300mb, thus needing a computer with good Ram memory and space for storage.

As an example, my image of Eta Carinae, with 77 frames, generated approximately 50GB of data, demanding a lot from my computer for calibration and processing.

The stacked image speaks for itself. Despite the short exposure, in the case of deep-sky astrophotography, the image has an excellent color balance and a minimal amount of noise.

I am really happy with the new câmera from ZWO ASI and I hope that the company continues to invest to improve the results.

Attached is two captures calibrated and stacked, without editing. Also, the dark master for analysis.

Eta Carinae: 77 frames with 60 seconds each

Tarantula Nebula: 39 frames with 60 seconds each 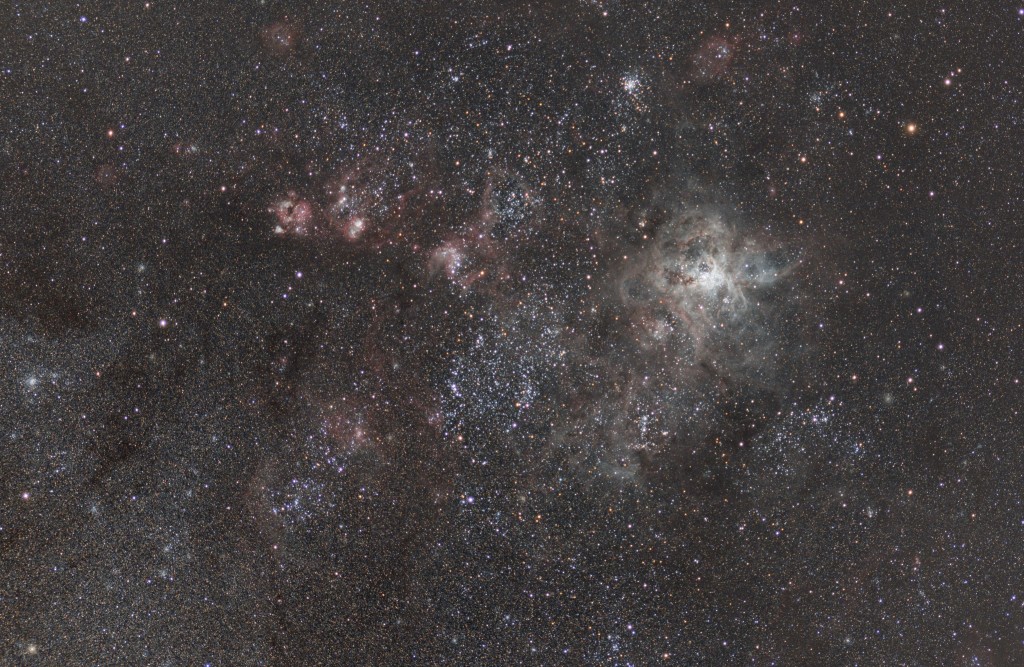